On Friday November 24, Cobourg’s Christmas lights will be turned on. The ceremony starts outside Victoria Hall at 6:30 and proceeds down Second Street to the waterfront where there will be a ceremonial switching on of the lights at 7:00 p.m.  Included in the display will be wood cutouts of bears, deer, beaver and a moose.  These were created by students in the CCI woodworking class led by Shawn Davis and they were shown to the media and Cobourg Council today.  In addition to the cutouts, the school is also providing a large mural announcing “Cobourg Downtown”. This will be erected on Second Street – exact location not yet decided.

Along with teacher Shawn Davis, CCI Principal Jeff Kawzenuk proudly showed off the work of the students.  Also at the event in the CCI woodworking shop were Mayor Gil Brocanier, Deputy Mayor John Henderson, Councillors Suzanne Séguin, Brian Darling and Forrest Rowden, Lights Coordinator Carrie Richards and Lights volunteer Dave Crees.  This year’s display will be bigger than ever with 130,000 lights.

Event at CCI Woodworking shop showing off the work of students 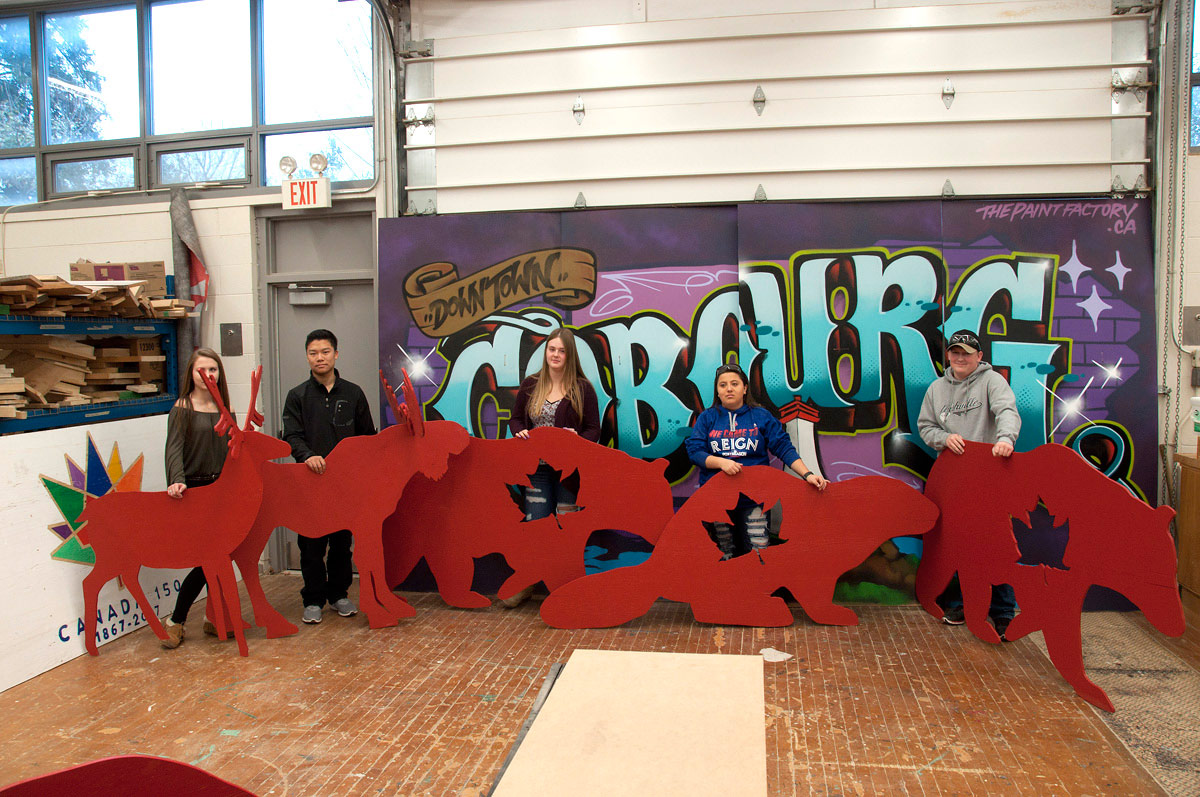 Students with their Creations 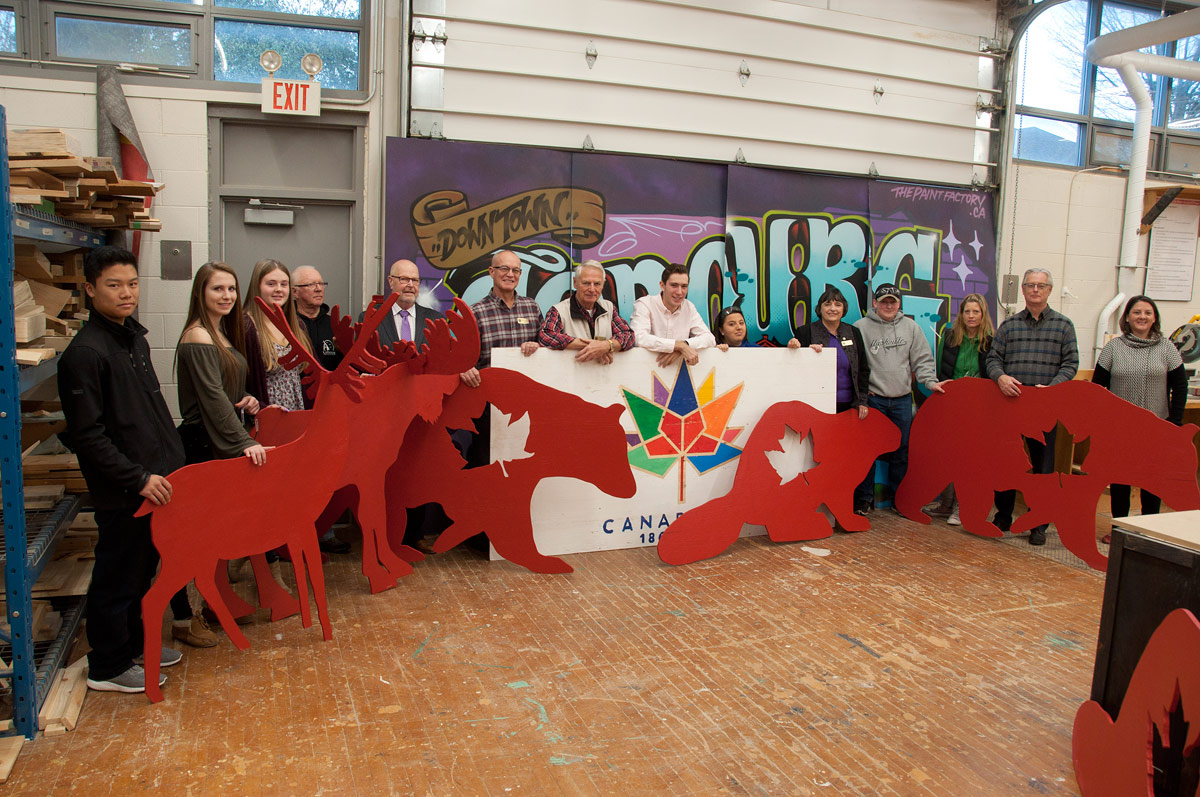 As well as the lights, other activities are planned for November 24.  The Town announced details:

This year’s event will include two Christmas trees over 20 feet tall in the centre of the Esplanade. The trees will be lit up with 3,500 lights, creating a beautiful landmark glittering in the evening darkness. The ‘Lighting Up Ceremony’ will also feature a countdown to the lighting of 130,000 lights along the waterfront, Division Street south and Rotary Harbourfront Park.

This year’s light display theme will be in celebration of “Canada’s 150th” – watch for a beautiful montage of red and white themed trees, decorations and wooden cut outs. There will also be a cancer awareness tree set up in front of the Marina. Citizens are encouraged to hang an ornament on this tree in memory of loved ones and survivors.

Anyone attending the celebration is encouraged to bring a non-perishable food item for the Fare Share Food Bank in exchange for a lighted candle with the Cobourg Police Service. The walk will highlight a connection to downtown with a variety of displays throughout including spiral trees, holiday cut-outs for the children, holiday vignettes, reindeers and other festive animals. The location is both walkable and drivable. The atmosphere will be set with festive music and a guest appearance from Santa Claus on Second Street who will be giving out special treats.

Following the Lighting Up ceremony, the Town, working in partnership with Habitat for Humanity will have a tent set up on Second Street where children can participate in the 3rd Annual Gingerbread House Festival by decorating cookies. Santa will also be waiting for the children on Second Street in conjunction with the DBIA Christmas Market that will open on Friday, November 24 until Sunday, November 26 for citizens to browse and also enjoy free horse drawn wagon rides.

The success of Christmas Magic is largely attributed to the thousands of hours contributed by volunteers, Town staff, councillors and local high school students. The Cobourg Police also supply a large number of volunteers for the opening ceremony.

The season kicks off with a Santa Parade along King Street starting at 2:00 p.m. on Sunday, November 19.  The route is detailed here.

It’s amazing how the usual suspects never post on good news articles, if they do it’s because they found an issue we must all know about. I guess they haven’t thought of one yet. Oh how about the cost of electricity for Christmas Magic? That should get them going.

The artwork looks great, congrats to all those artists.

Also regarding that graffiti style ‘Downtown Cobourg’ sign behind them. Has the that been used somewhere, will it be used somewhere?