Despite the early rain, quite a number of people turned out for the Harvest Festival today.  Certainly the Farmer’s market was busy although the number of booths on King Street seemed less than usual – see photos below.  Entertainment was limited – one duo, a square dance demonstration in the morning, axe throwing, word carving with a chain saw and pony rides.  The promised Alpacas could not come because of the rain although after a bad start, the rain did hold off for the rest of the day.  The street was decorated with scarecrows and pumpkins and the kids did seem to be having fun.

This event was the last of a series through the year put on by the DBIA that were generally better than previous years.  The next big event is the Santa Claus Parade on Sunday November 19.  The organizers (Lions club and DBIA) have a revamped web site here.

Click any photo to enlarge; then scroll through with arrows left and right OR start slide show with arrow at top. 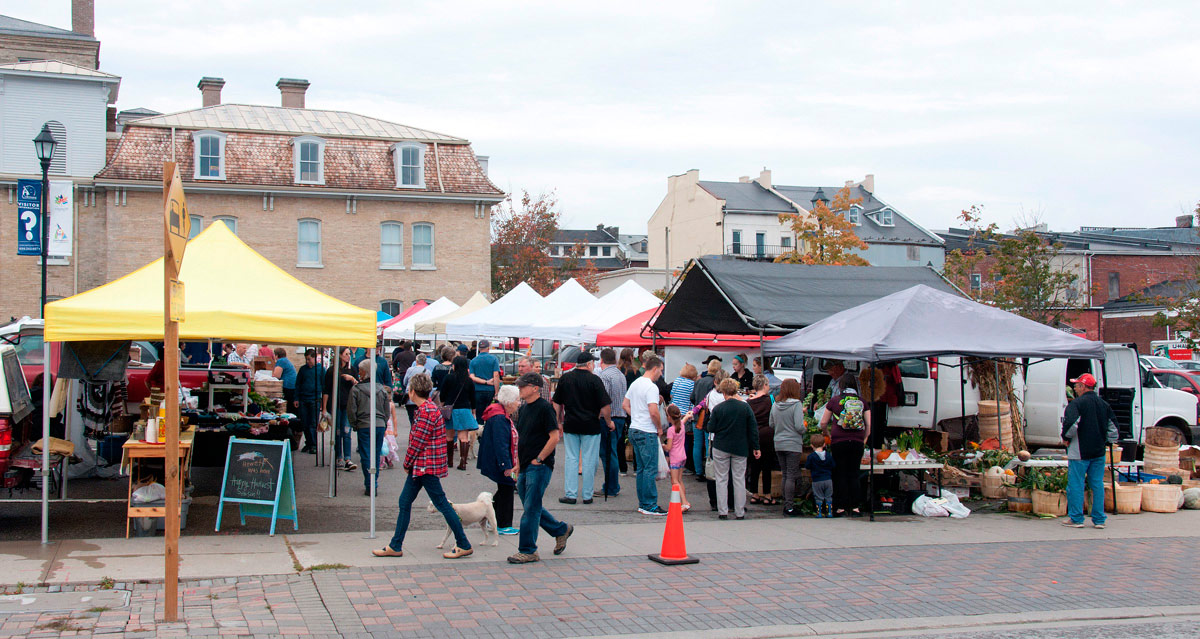 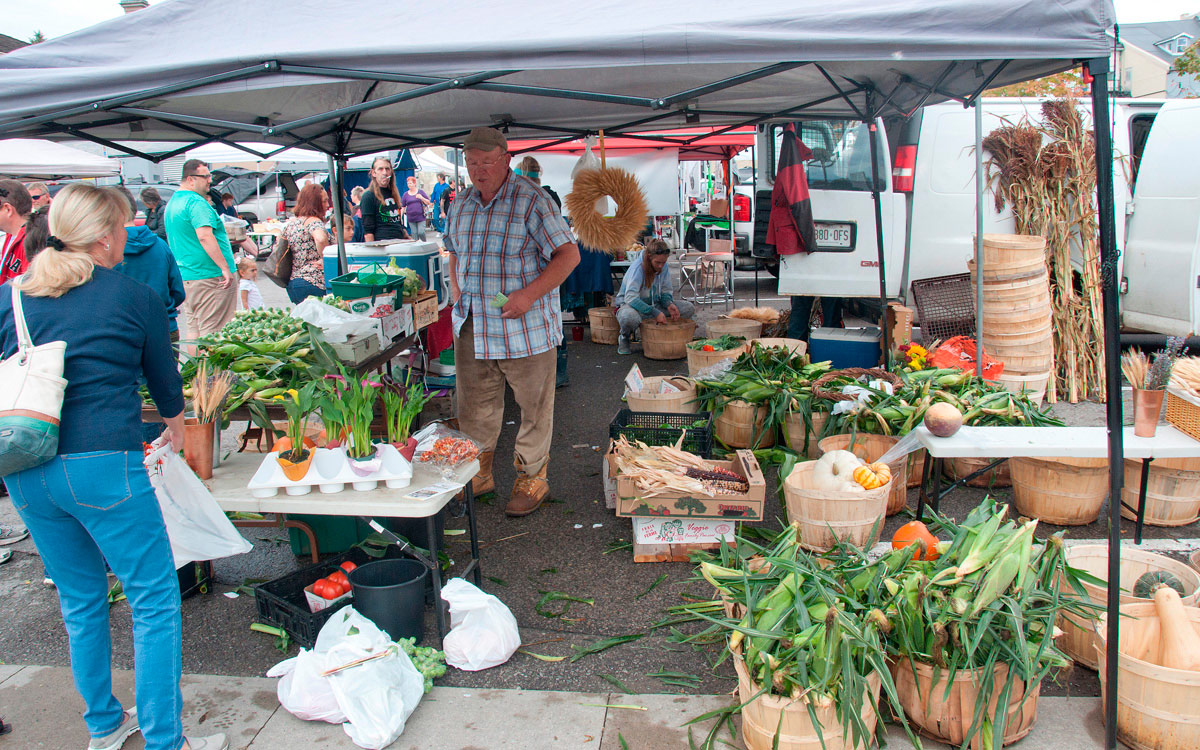 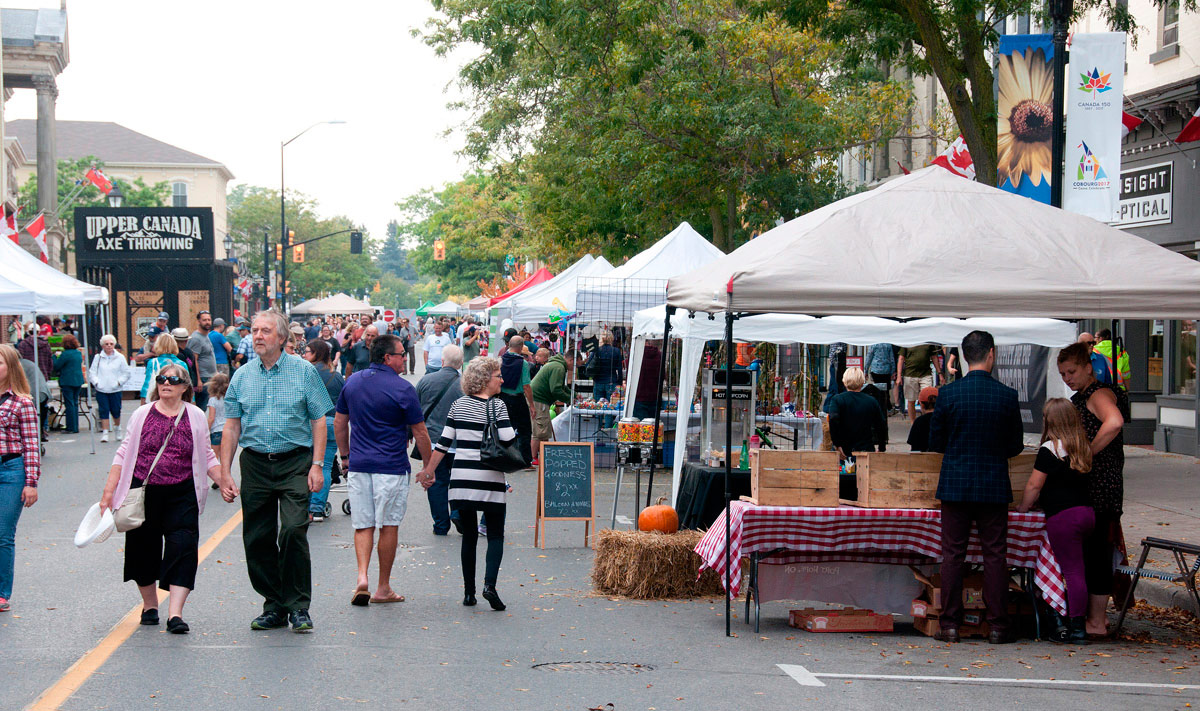 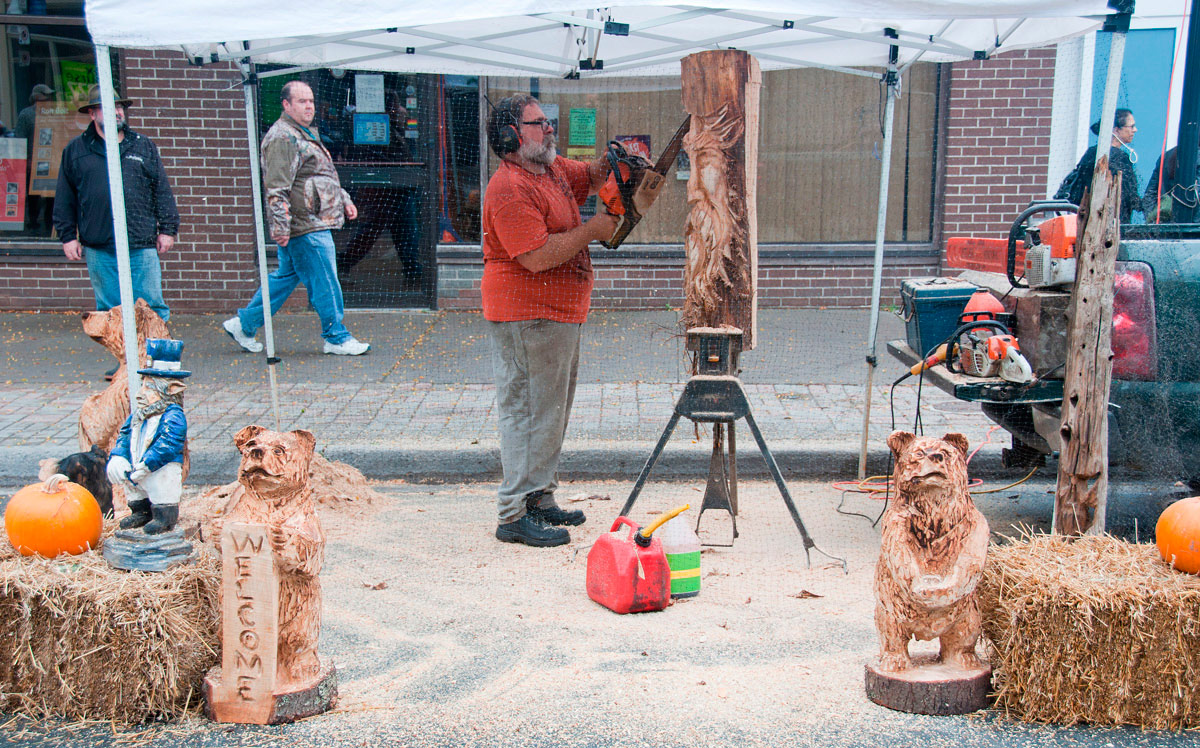 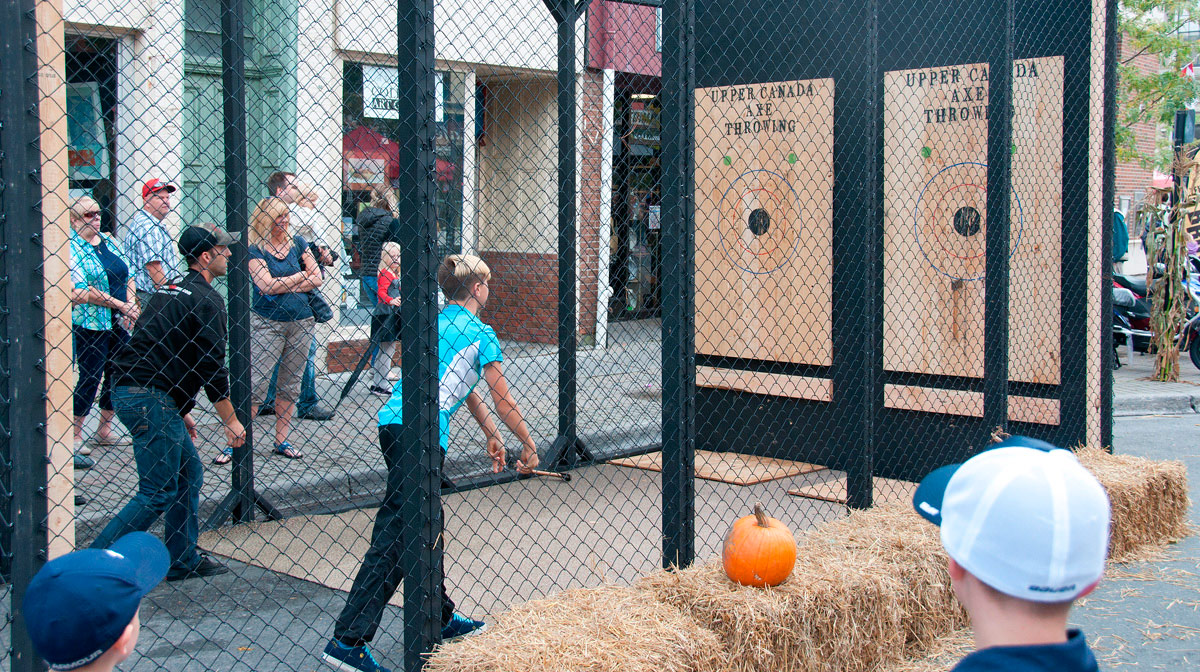 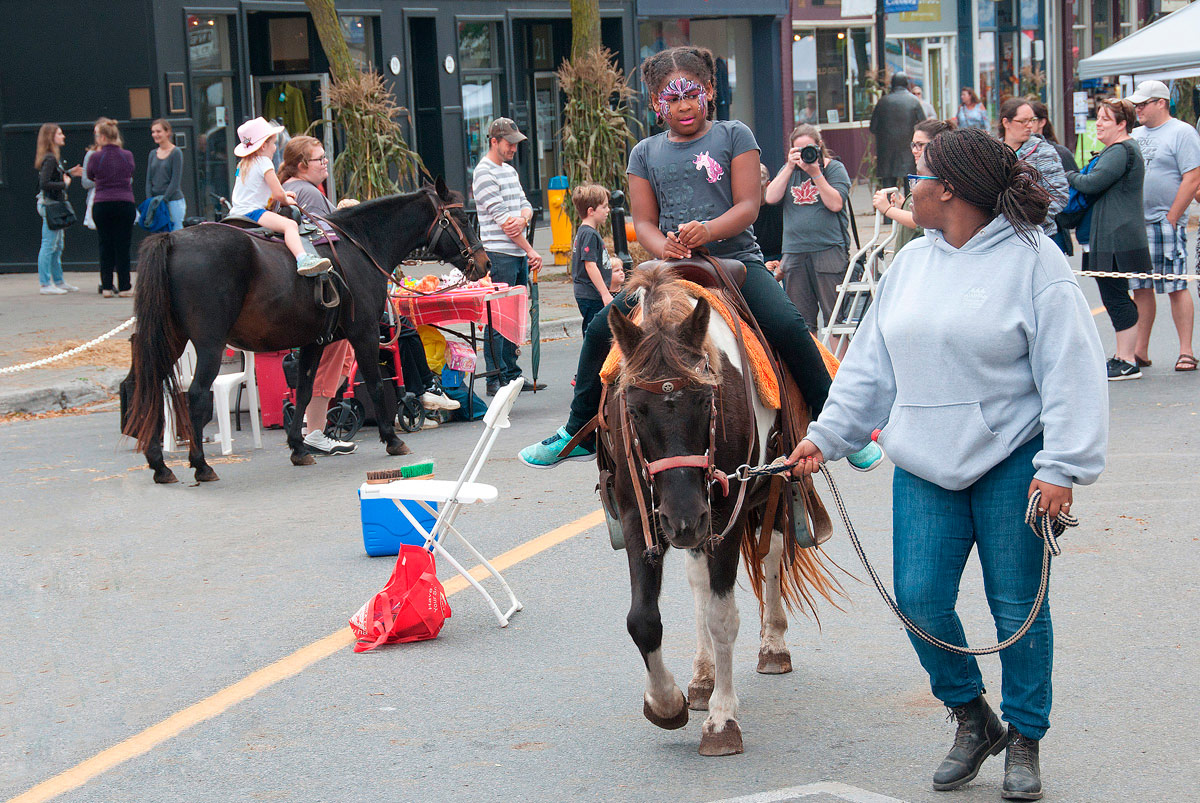 It would be 18 years ago that we went to the Farmer’s Market to buy bread and ended up with a five week old puppy! Our beloved Sandy travelled with us to Victoria 11 years ago and we still have happy memories of this great market. It was a pleasure to see these photos.

Information for the upcoming Provincial Election is provided here.  Included are names and affiliation of the six Candidates with their contact info, results of previous elections and location of advanced polling.

Three surveys are about naming the Painted Table Project (closes June 10), the  Stormwater Management (closes May 26) and Phase 2 of Public Engagement on the ICSP (closes June 1).