Murdoch Mysteries author Maureen Jennings gave a talk at the Library on Saturday October 21st  as part of Ontario Public Library Week. This was fitting since Cobourg has been used as the occasional setting for filming of the TV series.  Maureen was promoting her latest book “Let Darkness Bury the Dead” and promised to sign any book purchased.  Port Hope’s Furby’s books handled the sales and promised to donate 10% of sales to the Library.  There were 50 people in the audience who heard Maureen speak not only about her new book but also about her experience collaborating with filming of the TV series which has now been running for 11 years.  She has co-written several episodes and even had a cameo role in one episode.  She said that writing for TV is quite different – for example some scenes (like snow) are “too expensive”!

Although early TV episodes followed the books quite well, later episodes have gone off on their own track.  She said that handing the book to film producers is like giving up a baby for adoption.  But it’s more like being a mother-in-law since “she thinks she knows him better than I do”.

The new book is set in 1917 instead of Victorian times.  Many of the other characters have died or moved on and Murdoch has a grown son who has just come back from the war.  But it is a mystery novel “so unfortunately has dead bodies”. 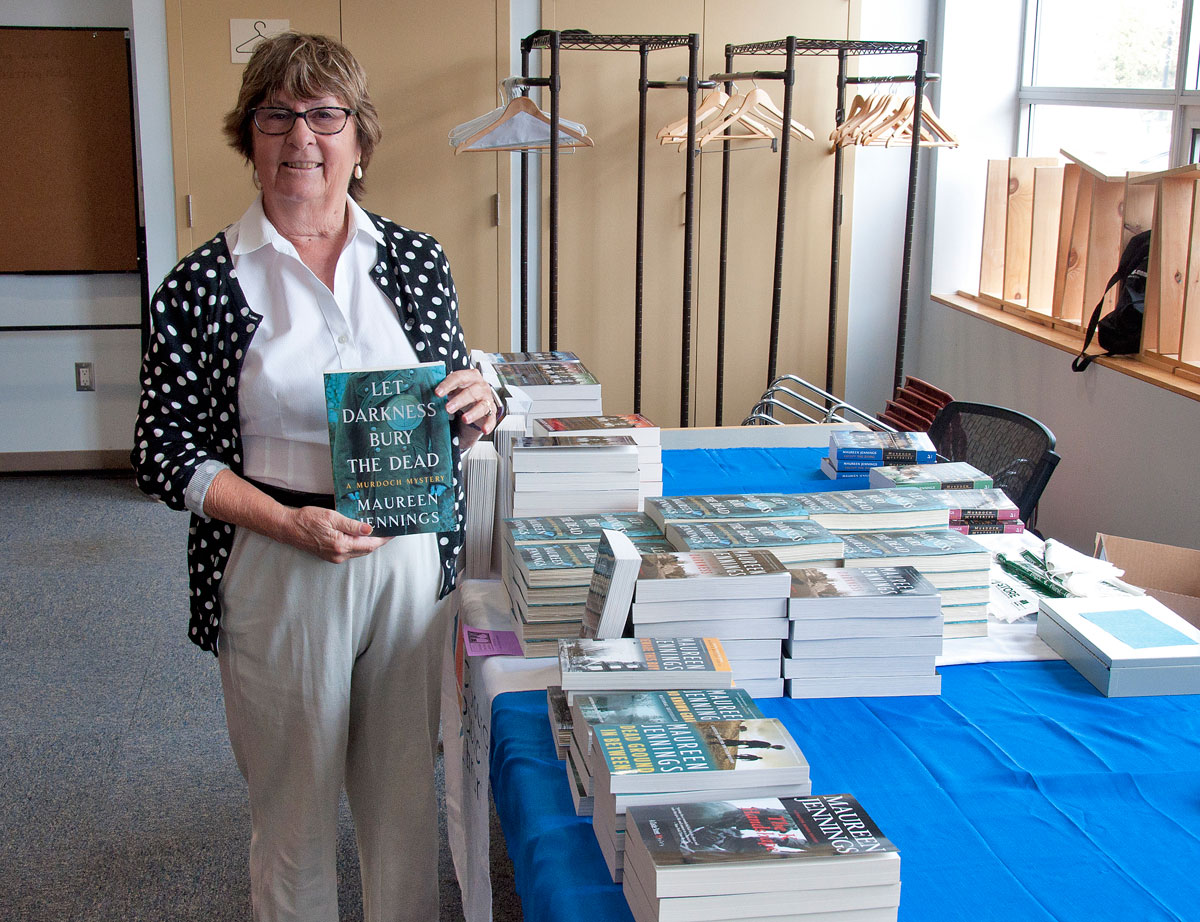 Maureen Jennings with her new book 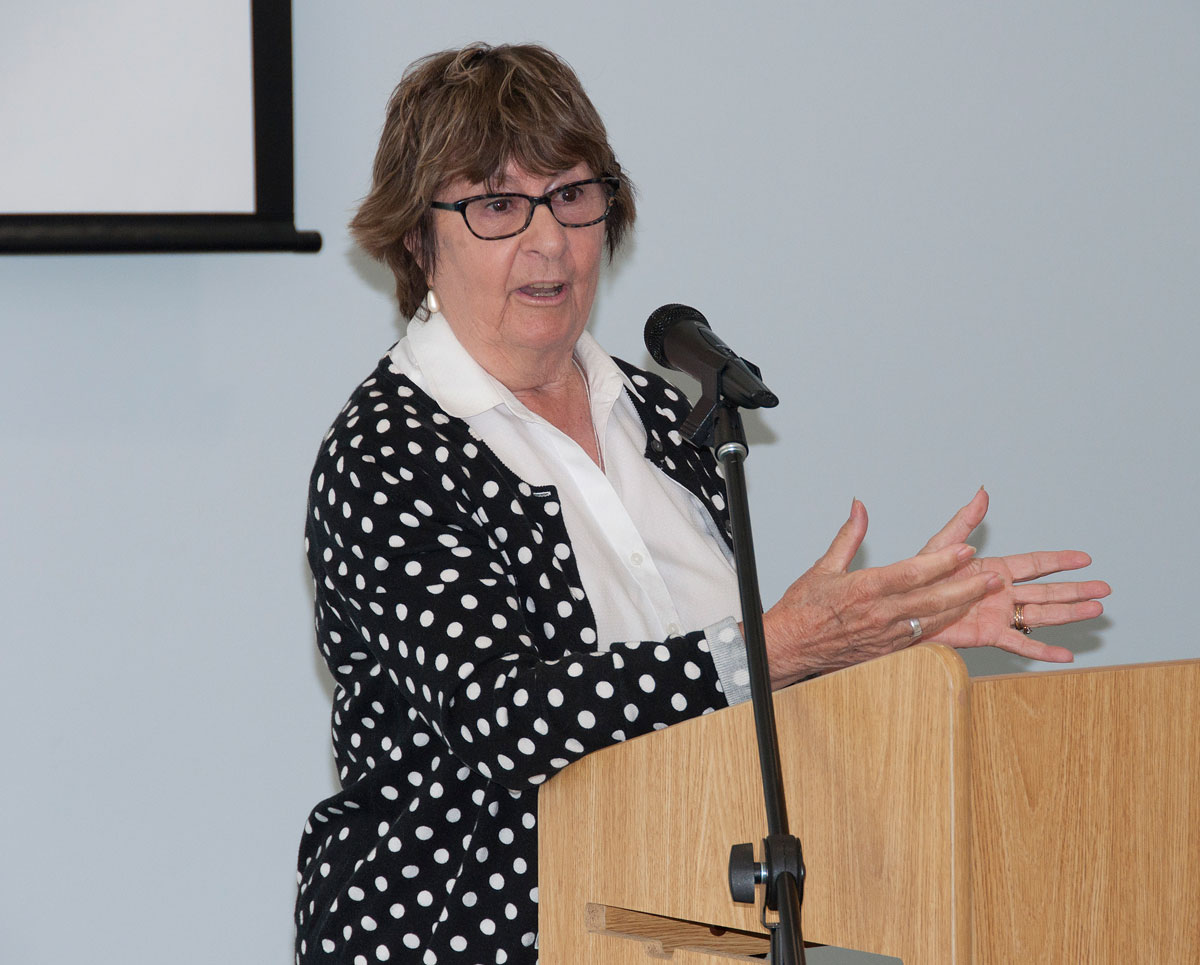 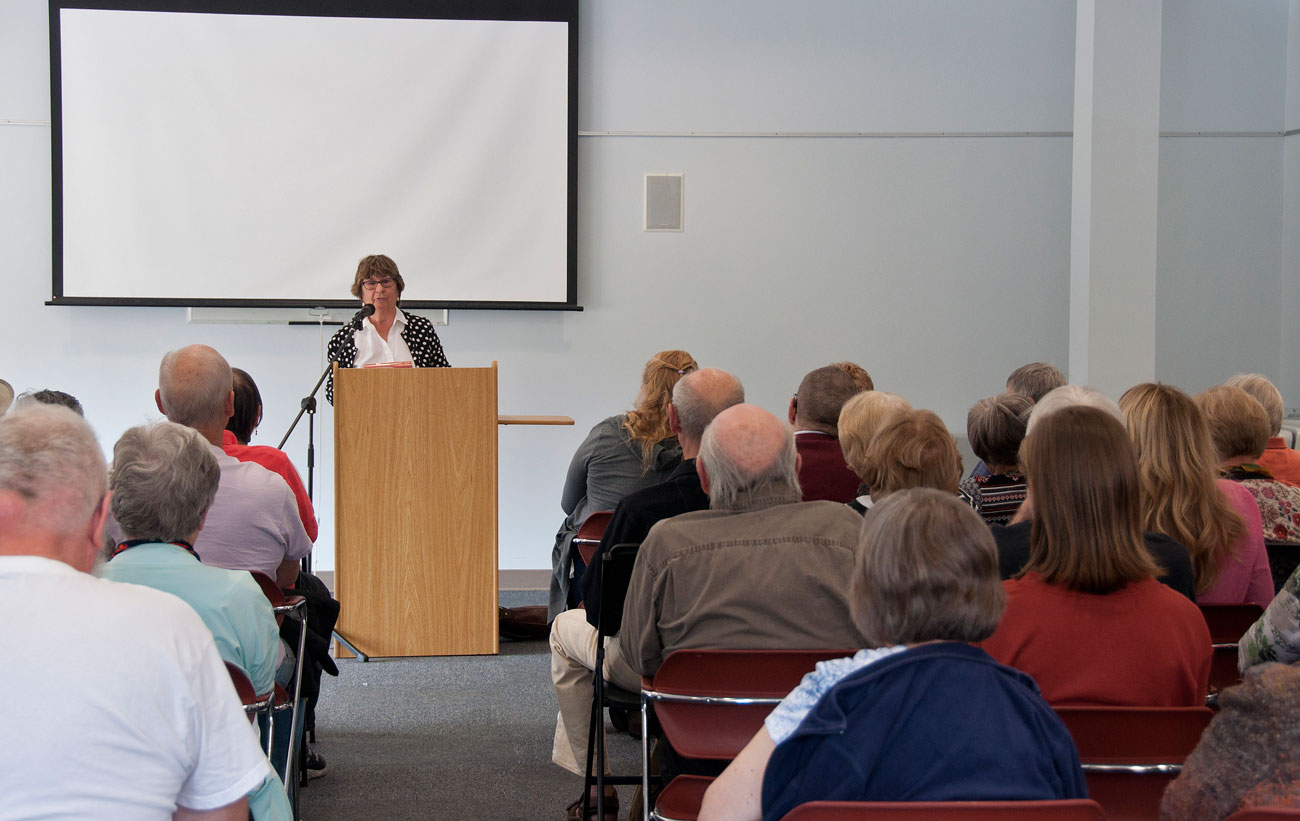 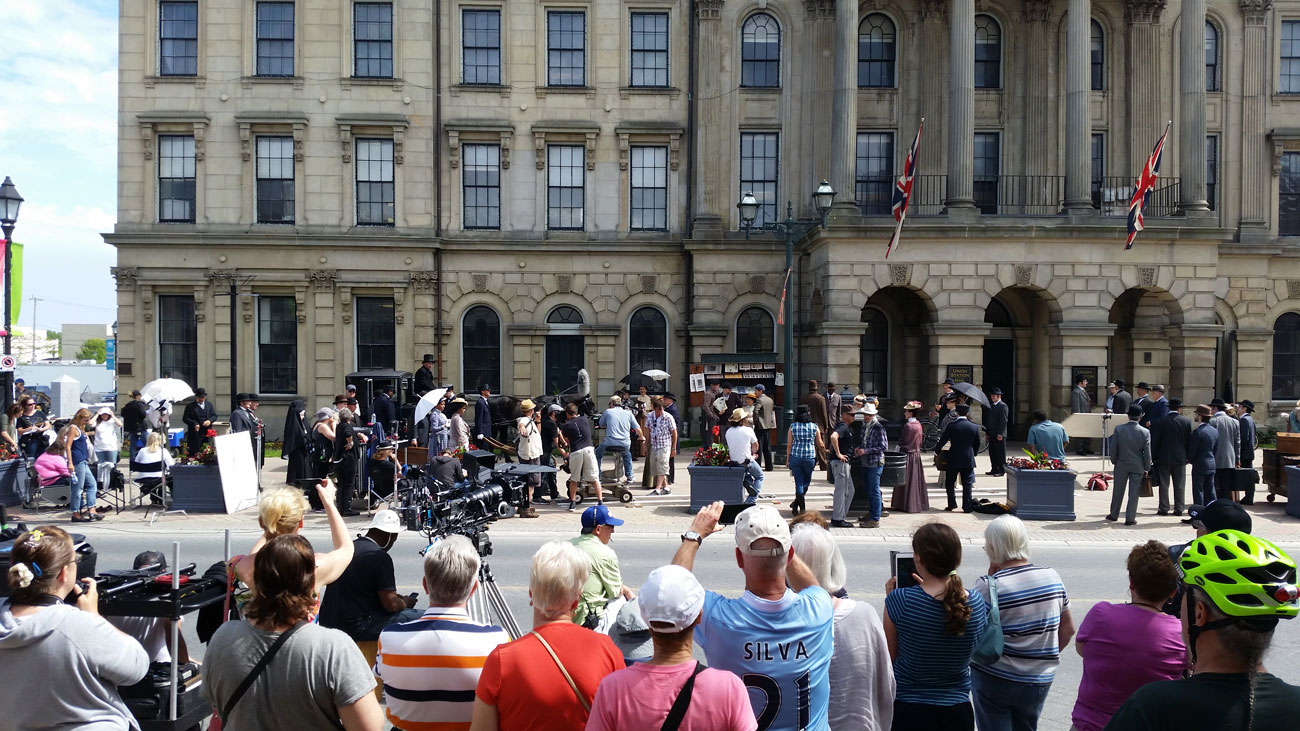 Filming of Murdoch Mysteries in Cobourg 2015