On Monday this week, there were a whole lot of trucks and a pile of people in Town working on the filming for Murdoch Mysteries. There were two filming locations: the West Beach and Third Street adjacent to Victoria Hall.  The parking lot on Second Street was reserved for the filming team, Third Street was closed from King to Albert and the West Beach Boardwalk was “closed”.

Residents were in fact allowed to go on the boardwalk but would be asked to wait and not intrude during actual filming.  Photos below give an idea of the activity.  Hopefully some of the businesses in Town benefited,  e.g. the restaurants.  West Beach filming featured a horse, an old car and a temporary backdrop.  Unlike earlier filming, it was the side and back of Victoria Hall that was used – not the front. 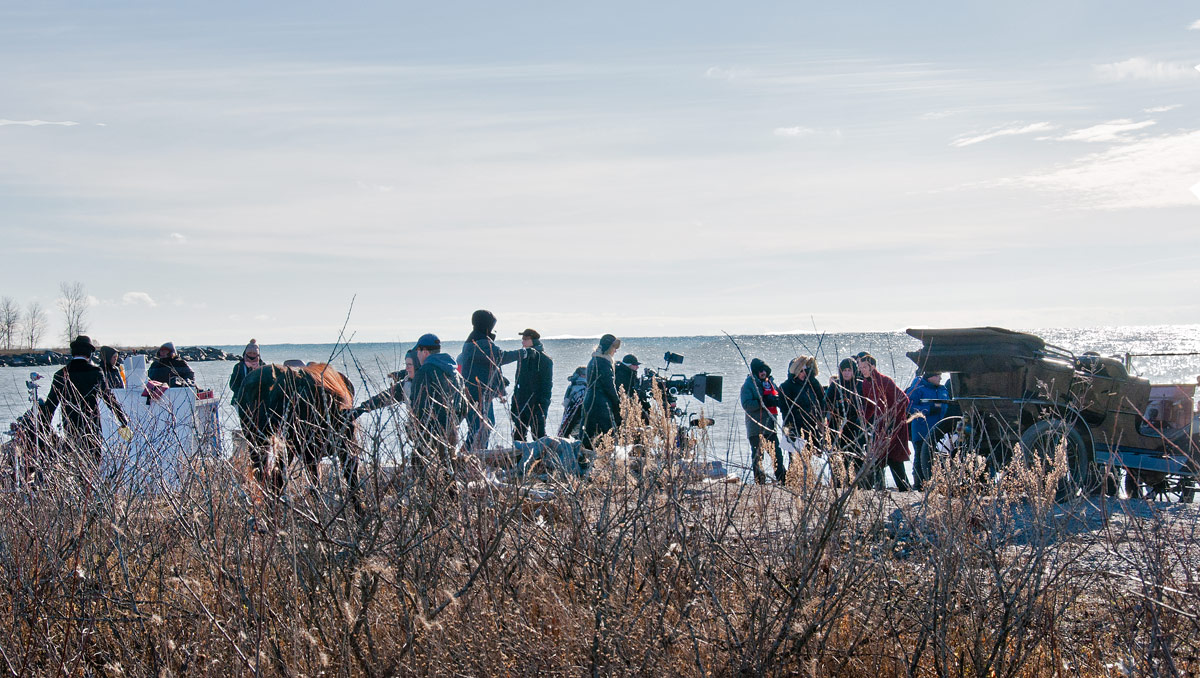 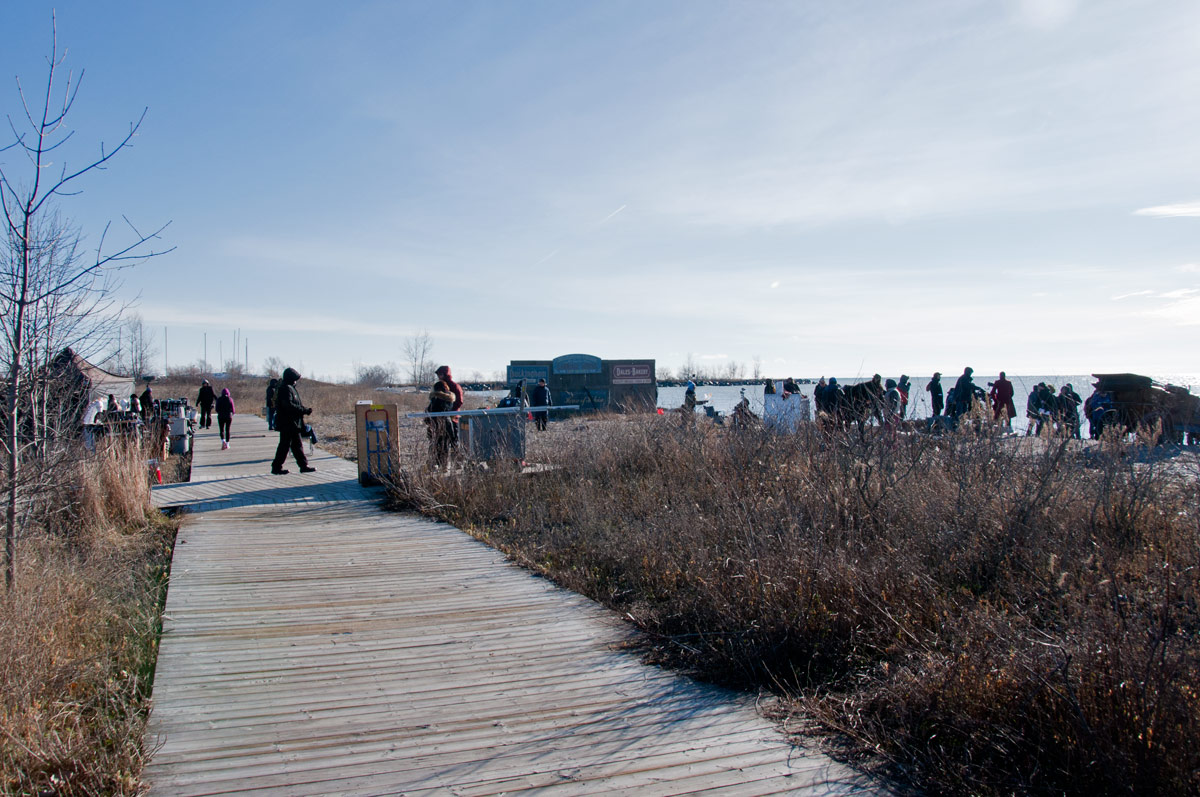 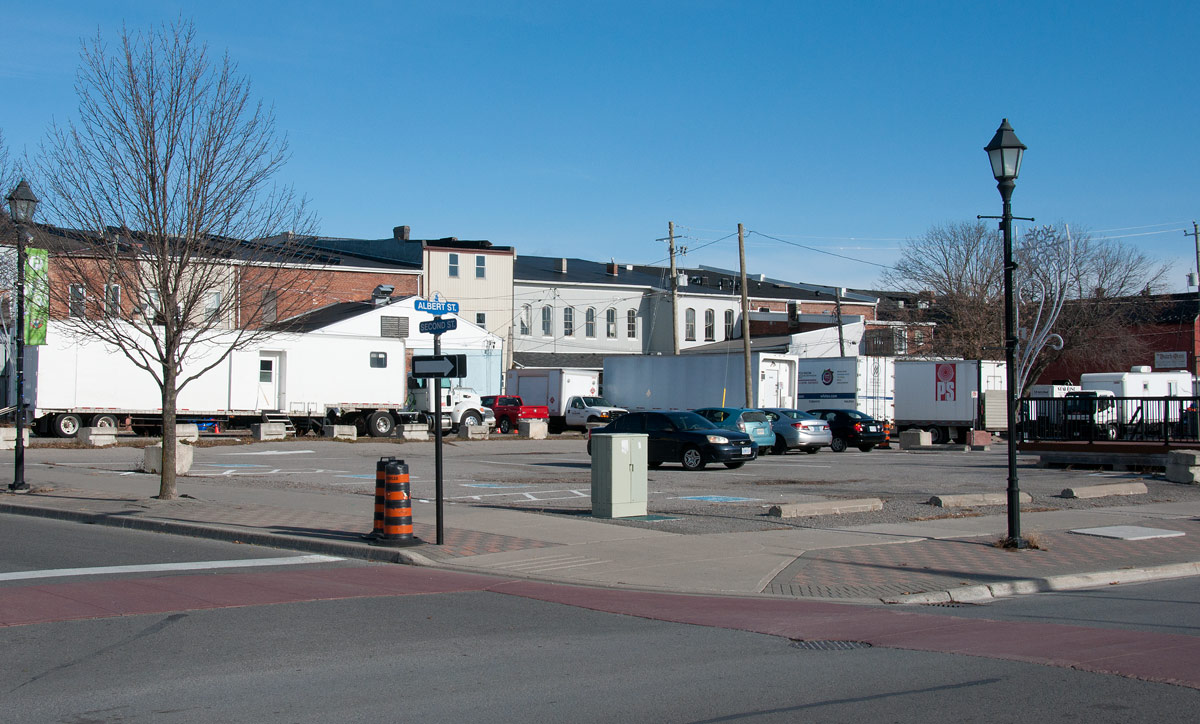 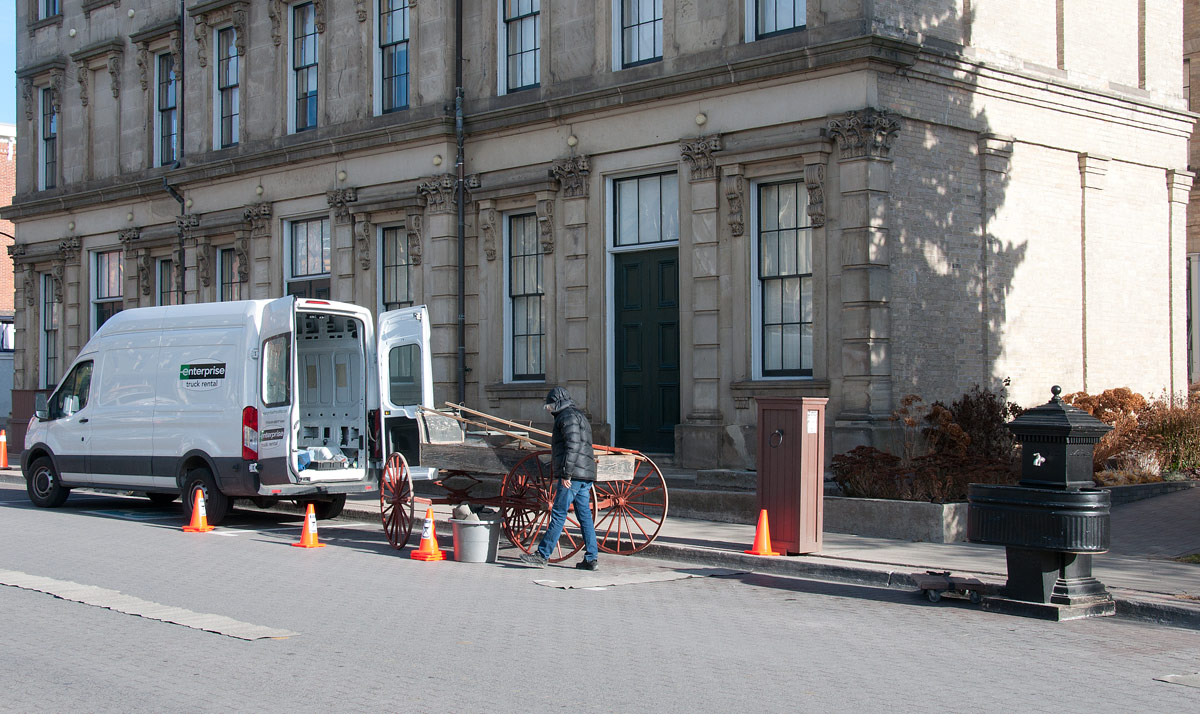 Working on props on Third Street 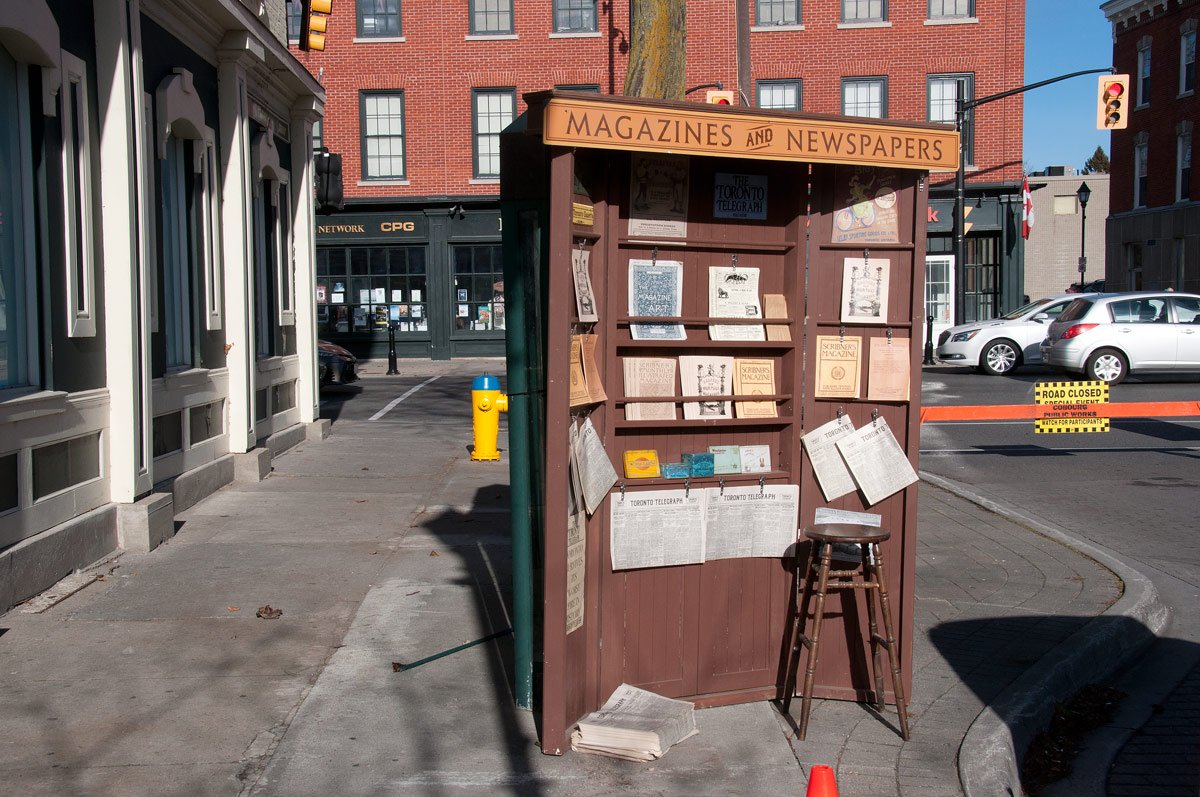 A prop on Third Street - it covers Bell phone Booths 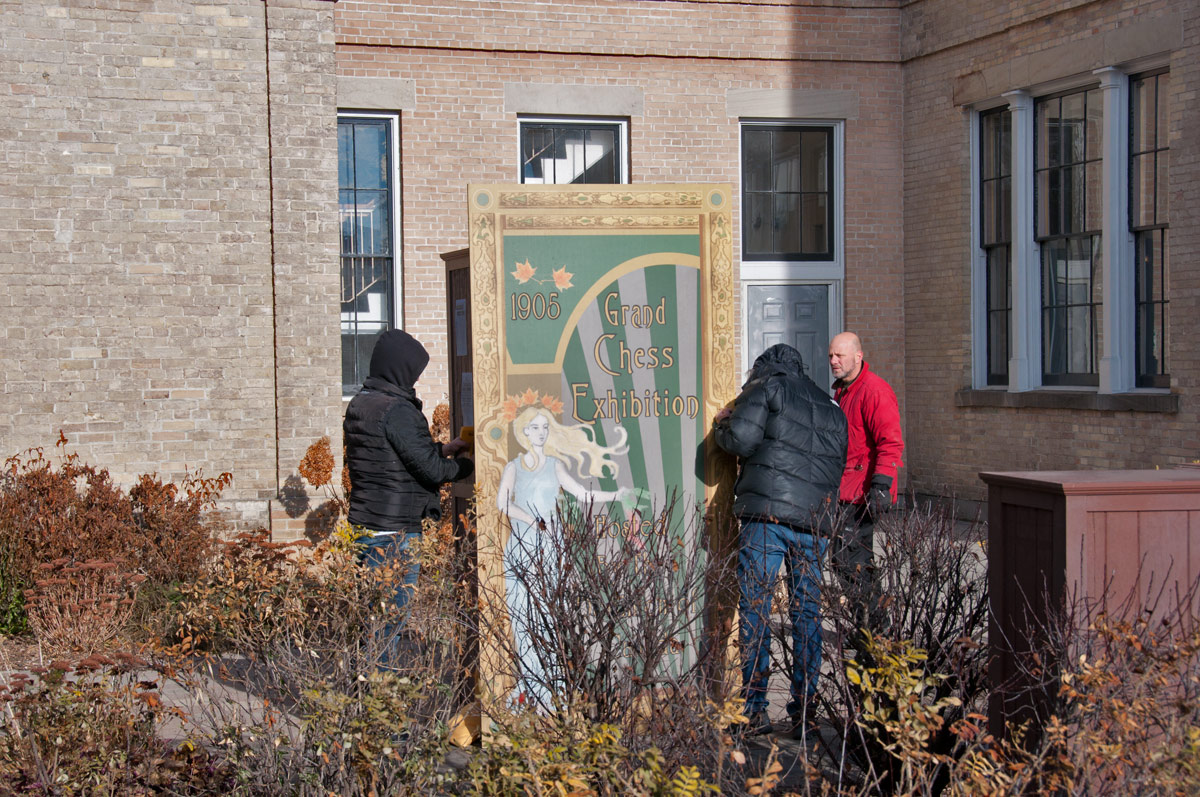 Some of the action will be behind Victoria Hall

Too bad no one had the foresight to preserve the old Dye Works on William St. across from General Foods for posterity. It would have been an absolute treasure trove for filming turn-of-the-century TV episodes such as this, if my memory serves me accurately of what it was like back in the ’50s.

Thanks for triggering a memory. I recall a few times when dye was released into Factory Creek (now called Cobourg Creek) and the colours flowed downstream to blend into the lake. Much of the dye was initially stored in wooden sheds on the harbourfront. There was one incident when some youths poured a barrel of colour into the inner harbour, turning it burgundy.