On October 2, a delegation representing owners of Townhouses at the west end of Kerr Street asked council for an exemption to banning of parking in front of their new homes on Kerr Street. They said they were misled by the developer and Council should now remove the “No Parking” restriction to compensate.  But at the next Committee of the Whole meeting, staff will recommend that their request be denied. The main reason to enforce the ban now is to avoid a precedent that would be hard to undo once Kerr Street becomes an arterial road per Town Planning.  The Townhouses are fairly new and have parking access at the rear but a slope on the land makes rear access difficult for anyone even partially disabled.

The presentation included a number of details:

Cobourg Town Planners have set aside a right of way for Kerr Street from Brook Road in the East to the New Amherst subdivision in the West.  Only parts of it have been completed but when in service, it will be an East-West alternative route to Elgin and King.  The report from Barry Thrasher, Director of Works, says: “The approved design calls for an ultimate 4-lane configuration with a center (sic) median. No on-street parking is accommodated in the design.”  Initially, there would be lanes for bicycles but not once it becomes a 4 lane road.  However, until traffic warrants 4 lanes, there will be bicycle lanes and 2-lanes.

In his memo, Barry Thrasher said:

As long as the bike lanes remain in place however, they should be consistent along the full length of the street, and on-street parking would conflict with that bike lane. In addition, the on-street parking permission would have to be rescinded completely when the 4 lane layout is eventually implemented. On-street parking may be difficult to remove at a later date if it is allowed now. One of the concerns listed in the presentation is that access to front entrances is effectively denied, but in fact there is a sidewalk along the full length of the townhouse development, and a walkway from the sidewalk to each front entrance.

With respect to any additional opportunities to implement parking for the townhouses, the residents each have a side yard adjacent to their driveways that may be expanded to accommodate visitors. There is no opportunity to implement lay-by parking on Kerr Street between the edge of pavement and the sidewalk as the boulevard width is only 2 m wide.

With regard to the concern expressed by the home owners that they were not apprised of steep grade of the property, the developer Vandyke Corp. advises that the grading design for the lots was approved in 2012 and the Agreements of Purchase and Sale for the townhouses were entered into in October, 2013. The Planning and Building departments advise that the building permits were issued in 2014. It is responsibility of home purchasers to research the details of their purchase before entering an agreement. This includes consultation not only with their developer, but with the town as well to determine issues like on-street parking.

It looks like the residents will lose their case.  I’d guess that their beef is more with the developer than the Town. 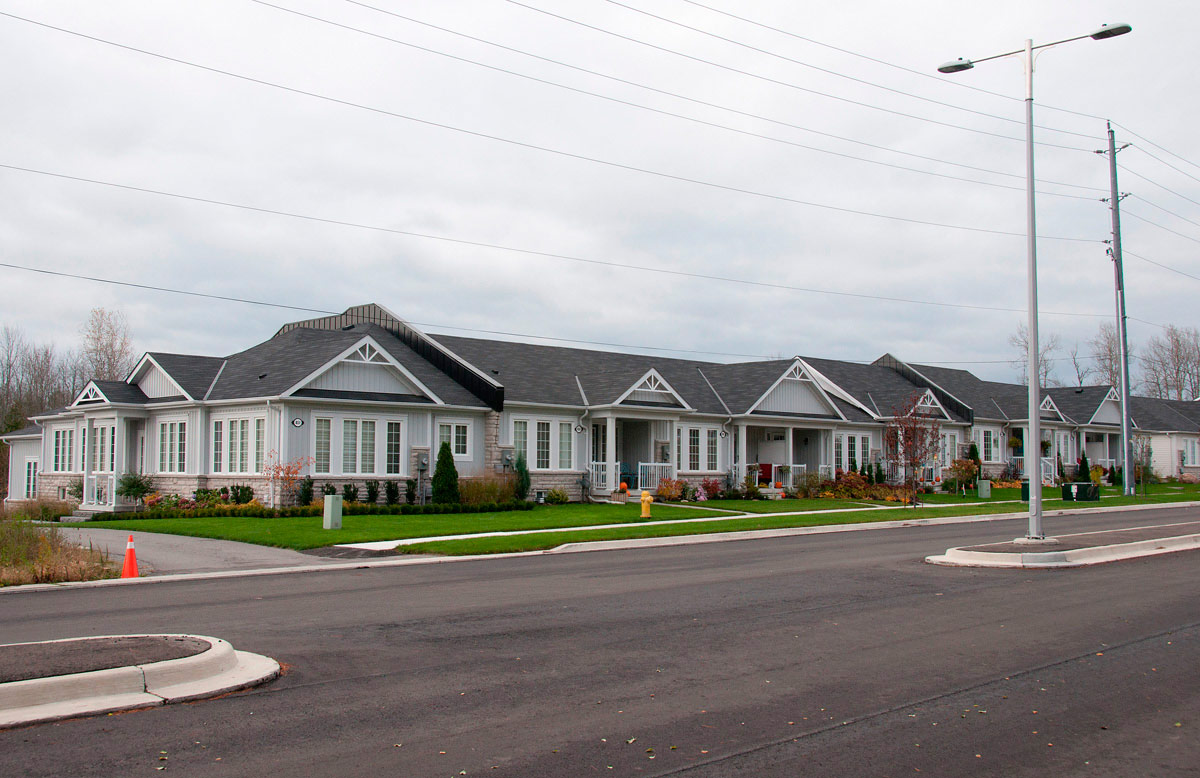 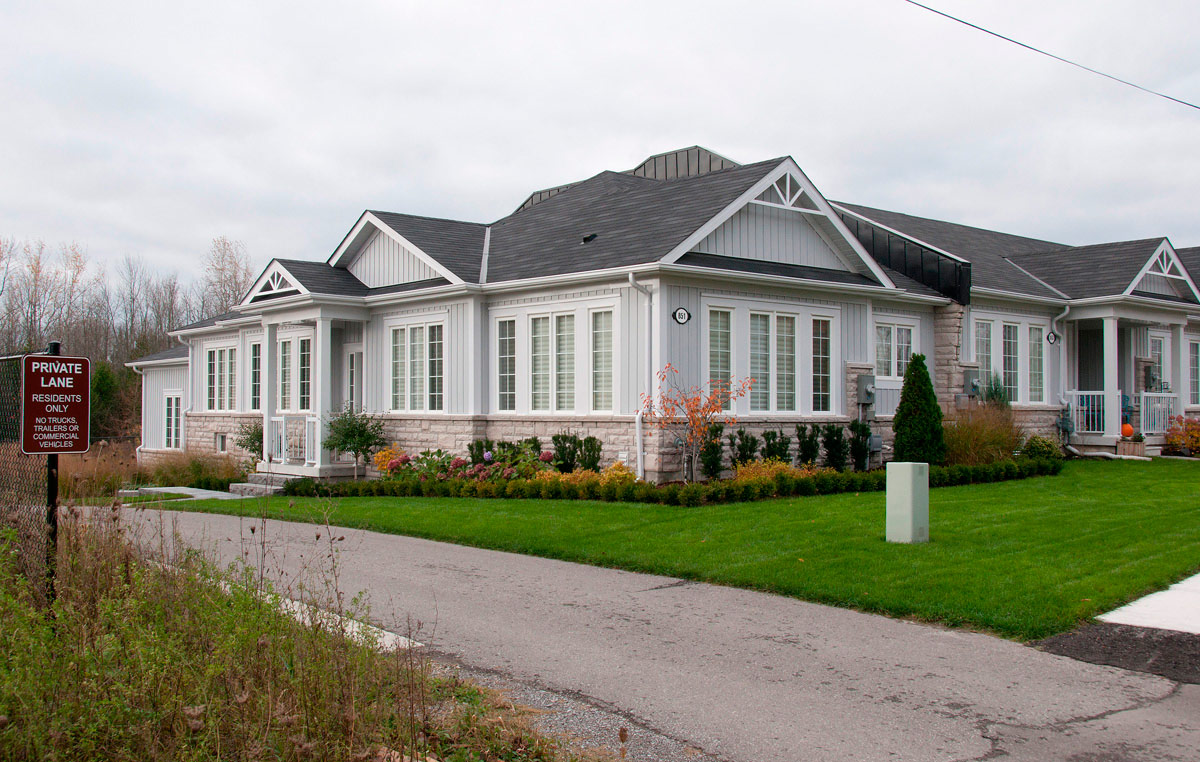 Kerr Street Townhouses Lane to back 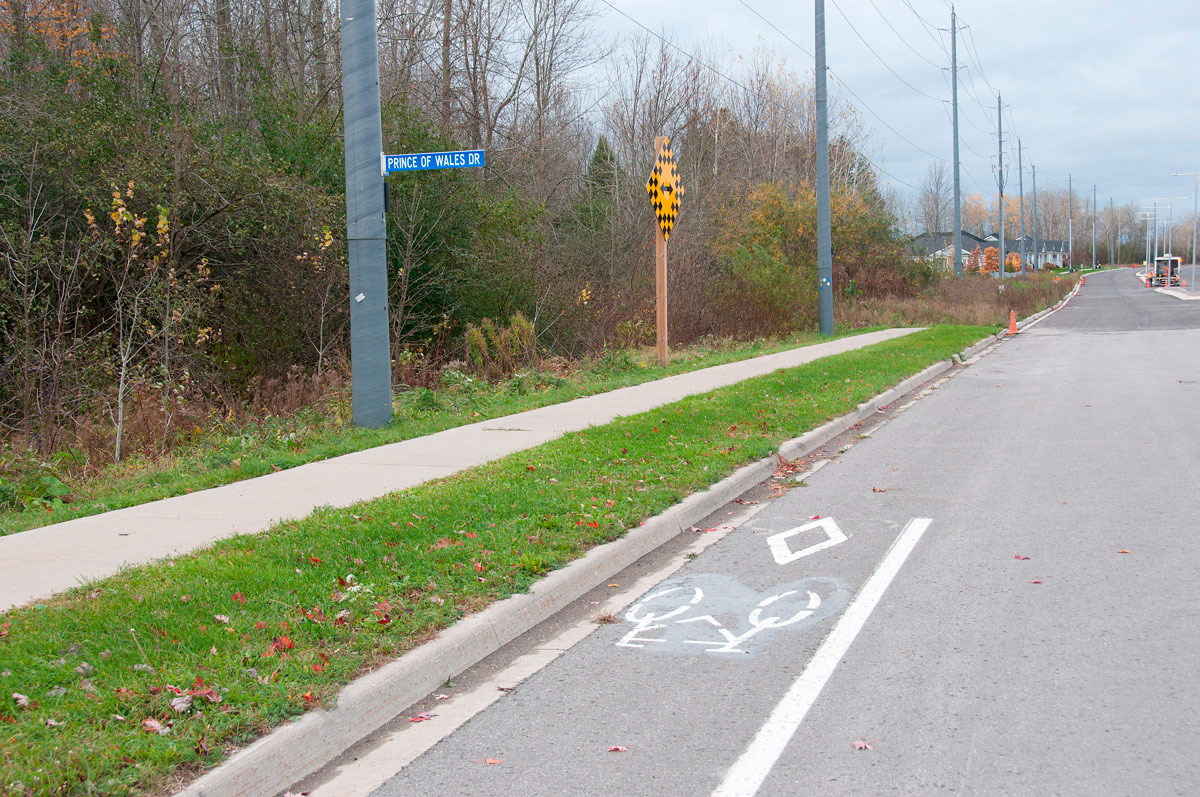 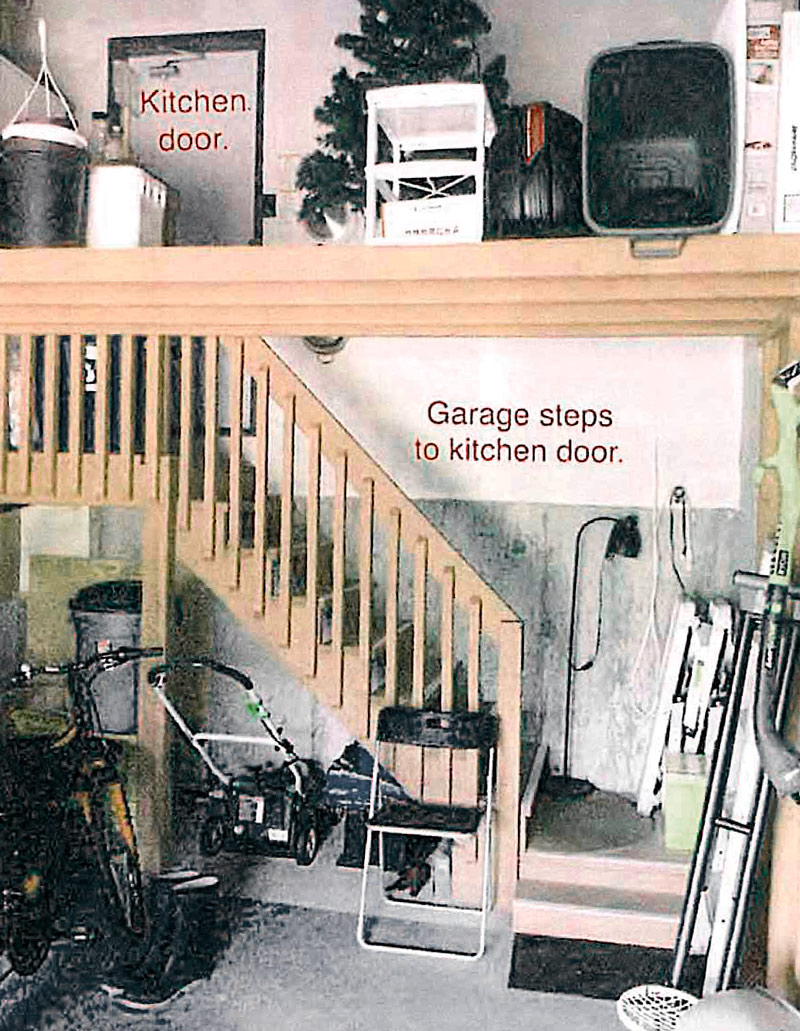 Kerr Street Townhouses - inside a Garage

In a letter dated November 6, the residents have responded to Barry Thrasher’s recommendation of a denial of their request.

Your Worship and Councillors:

We are very disappointed with the 30 Oct. 2027 response from Mr. Thrasher recommending the denial of our request for Kerr St. parking. We feel clarification of the response is necessary.

Given that there was never any provision for visitor parking, clearly stated in 13.16.4 d) of the official plan as 25% of the number of units at a minimum, and no parking anywhere on Kerr St., then this subdivision should never have been approved.

However it was, and with that comes the responsibility to accept the consequences.

To insist that bicycle lanes cannot be changed and the questionable opinion that they “should be consistent” defies reality since there are numerous examples in Cobourg contradicting this. Equally ludicrous is another opinion that “on-street parking may be difficult to remove at a later date if it is allowed now”. Recent examples show it is no more difficult to remove parking than a bike lane. If and when four lanes are required there would be plenty of time available to make changes.

The unrealistic suggestion that “the residents each have a side yard adjacent to their driveways that may be expanded to accommodate visitors” is obviously a poor attempt to cloud the issue. The “side yard”, shared between two units, is a little over three feet per unit!

We know there is a sidewalk. A visitor would have to park and walk two blocks to get to it. The presentation pointed out, with examples, that front entrance access was “effectively denied” with respect to vehicles, unlike the vast majority of Cobourg residents. The response missed the point completely. The arrogant and condescending tone of the last two sentences of 6.0 is beneath comment.

We simply ask Council to vote in favour of our request for parking now, while recognizing change can take place in the future.

” I’d guess that their beef is more with the developer than the Town.”
Wrong John – stupid buyers; who should be blaming themselves, who else would buy a house with these defects! Pity they put this level of stupidity on display – can’t blame them for trying though!

Correct decision was made. It’s a sleepy stretch of road right now but that won’t be the case in a few years. Can’t set that precedent.

Just gotta say though that the whole development of this road is going at glacial rate.