With an aggressive schedule, the contractor for the Venture 13 project (Dalren) has started work and the expected move in date is on track for April 2018.  One of the groups occupying space in the new Building will be Makers Northumberland and they got a boost today with a $30,000 loan for start-up costs and equipment outfitting for the MakerLab.  That’s a 40ft x 23ft space set up to allow prototyping, custom manufacturing, 3D printing etc. – it’s a microfactory for hardware startups. The money will be supplied by Northumberland CFDC which is funded by the Federal Government so both CFDC’s Wendy Curtis and MP Kim Rudd were at the announcement this morning.  Also at the announcement were Mayor Gil Brocanier, Deputy Mayor John Henderson, Councillor Suzanne Séguin as well as staff: CAO Stephen Peacock and Economic Development Officer Wendy Gibson.  Below are some photos of the event which was held in the new space – under construction.

At the Announcement of the additional Loan of $30,000 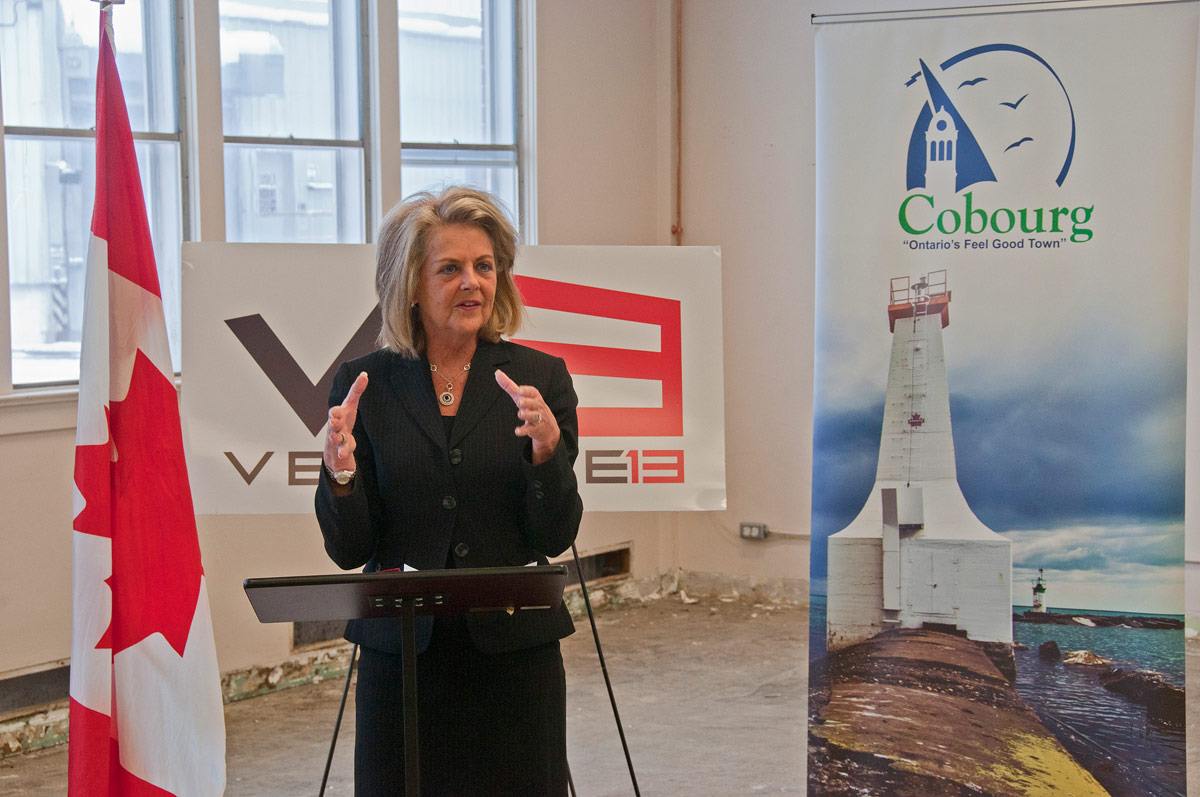 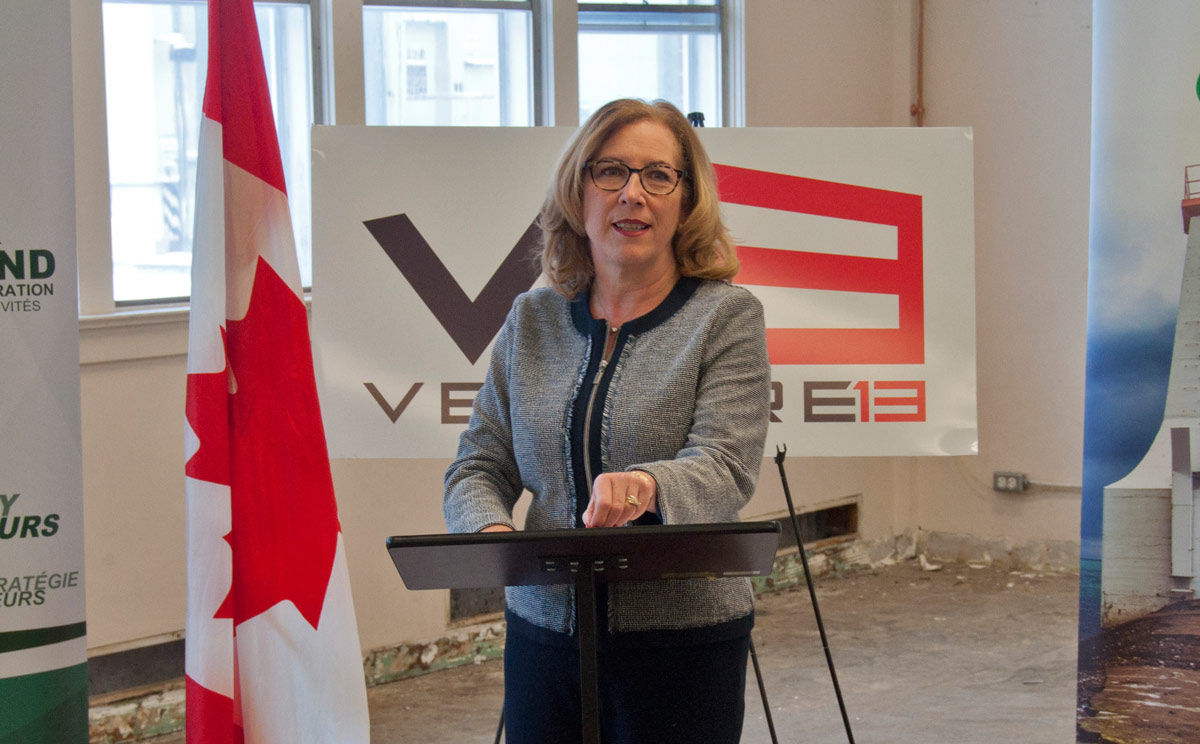 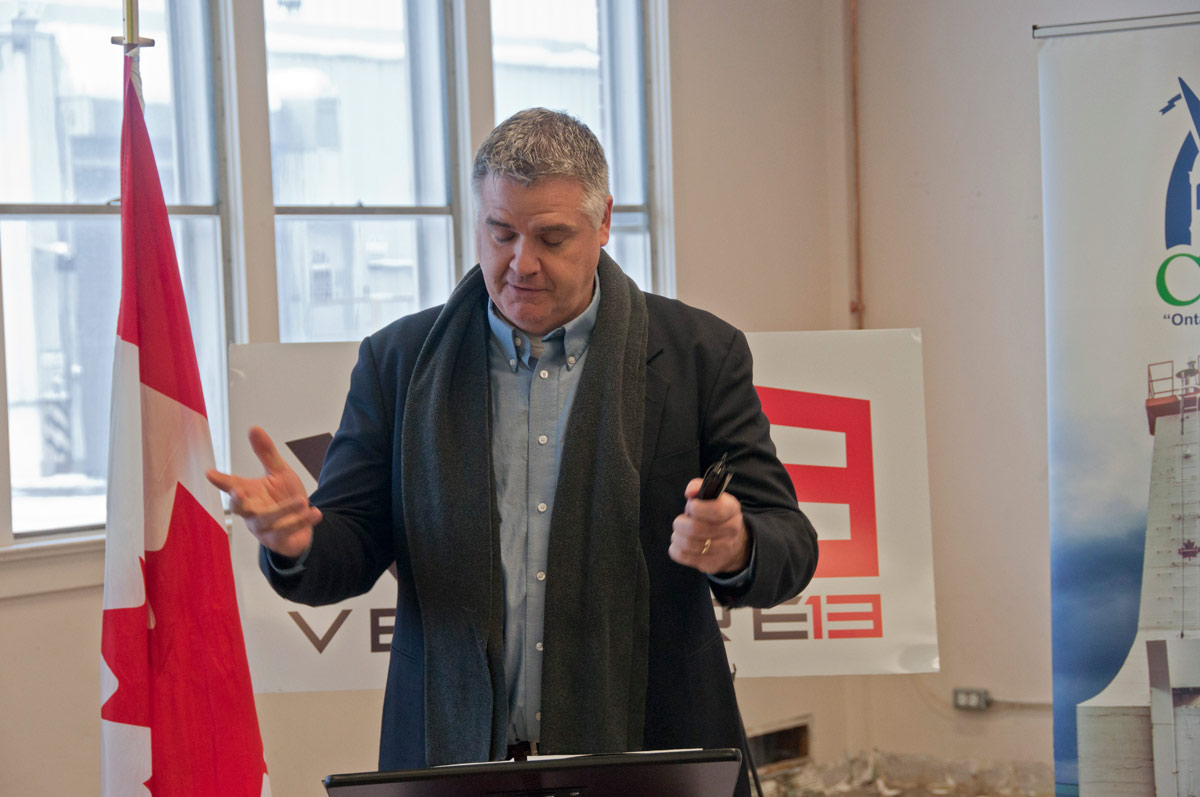 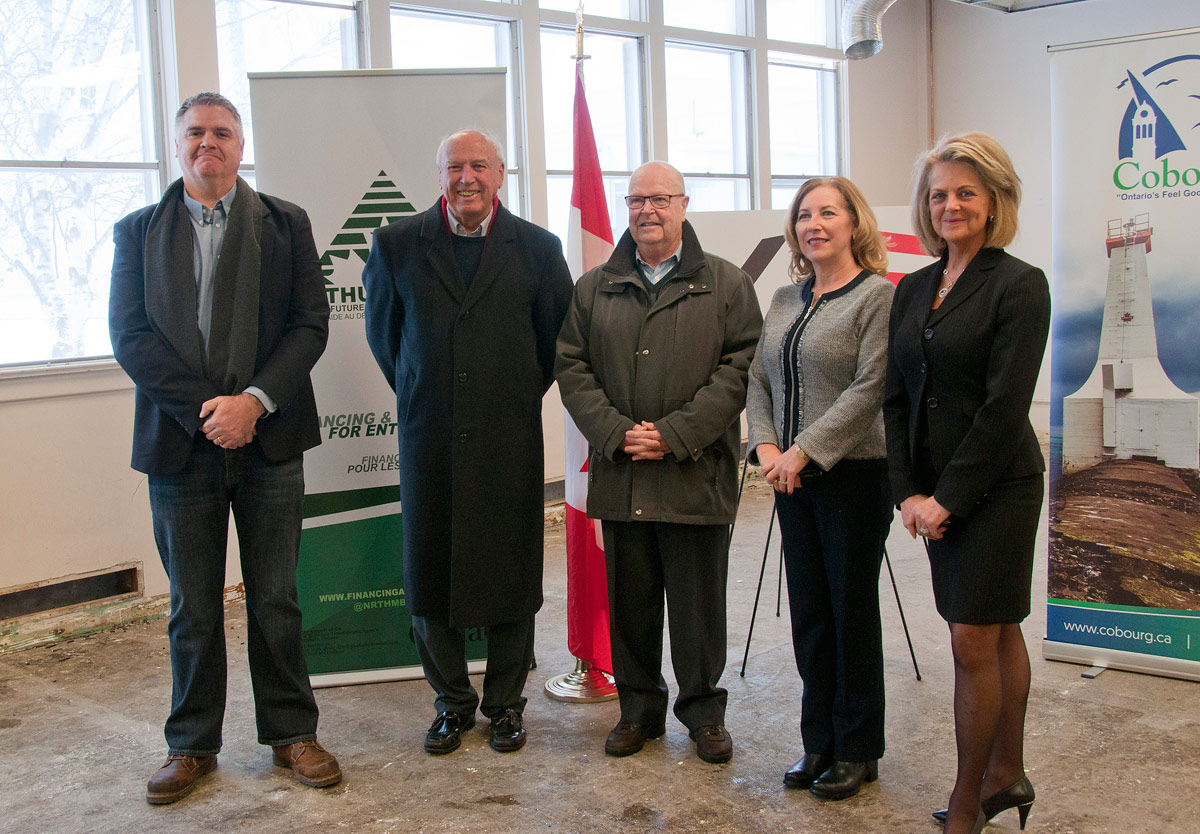 The people making this happen