In May 2017, the Blue Dot Northumberland Organization lobbied Cobourg Council to pass a “declaration” that we all have a right to “breathe fresh air, drink clean water and eat healthy food”.  The Council did eventually pass that motion and subsequently, Port Hope, Trent Hills and Alderville First Nation passed similar motions.  Blue Dot is a national organization and so far 168 municipalities across Canada have made the declaration.  But on Thursday , they were taking photos in response to a contest sponsored by Ontario Nature to bring awareness to natural places that need protection.  And given the recent publicity, the obvious location was the West Harbour.  Supporting their effort were “Sustainable Cobourg”, “Preserve our Heritage Harbour” and several individuals from the Cobourg Taxpayers Association.

Organizer Tom Shea said that the photo-taking was aimed at raising awareness of the environment and said that eventually the campaign would be taken to the Provincial and Federal level.  But on Thursday, they were taking photos of a couple of places that they wanted to preserve.  See the gallery below.

Below are some photos of the event (no, I won’t be entering them!) and at right is my favourite – a Dragon Boat out practicing.  The harbour is the West Harbour and the other photos are at the Ecology Garden at an entrance to the West Beach. 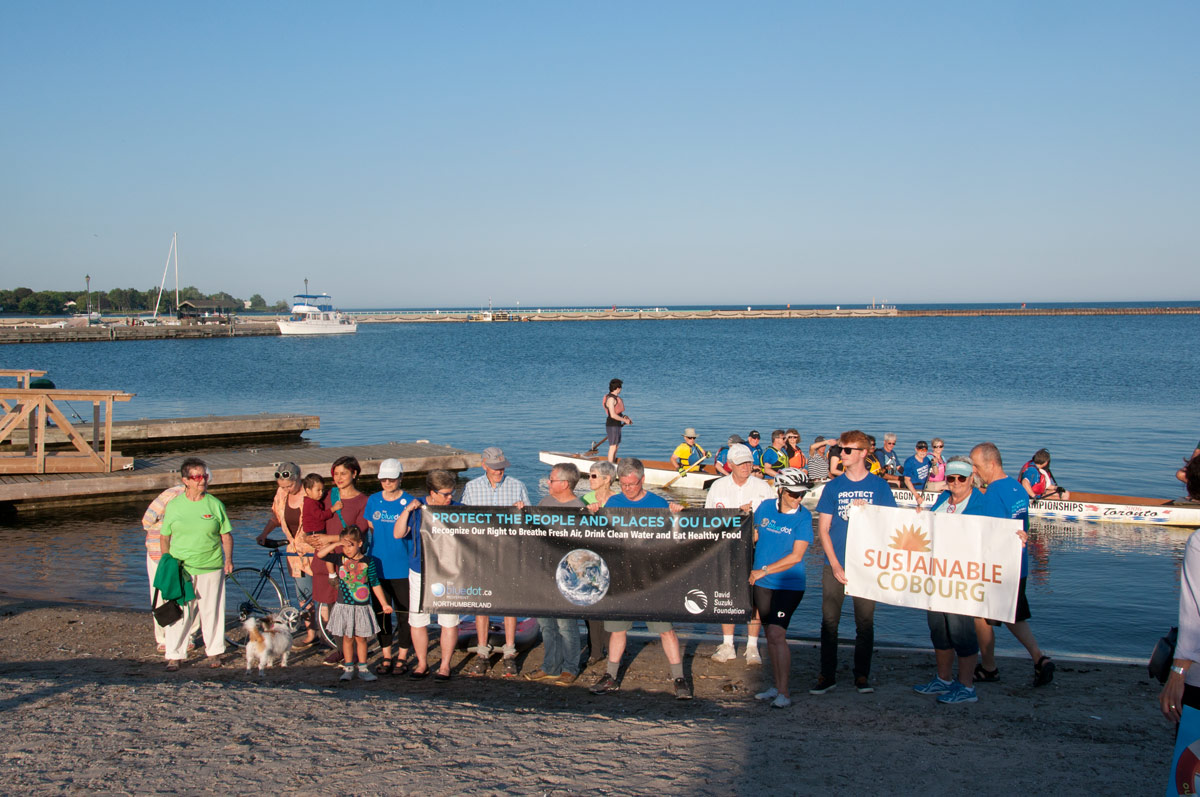 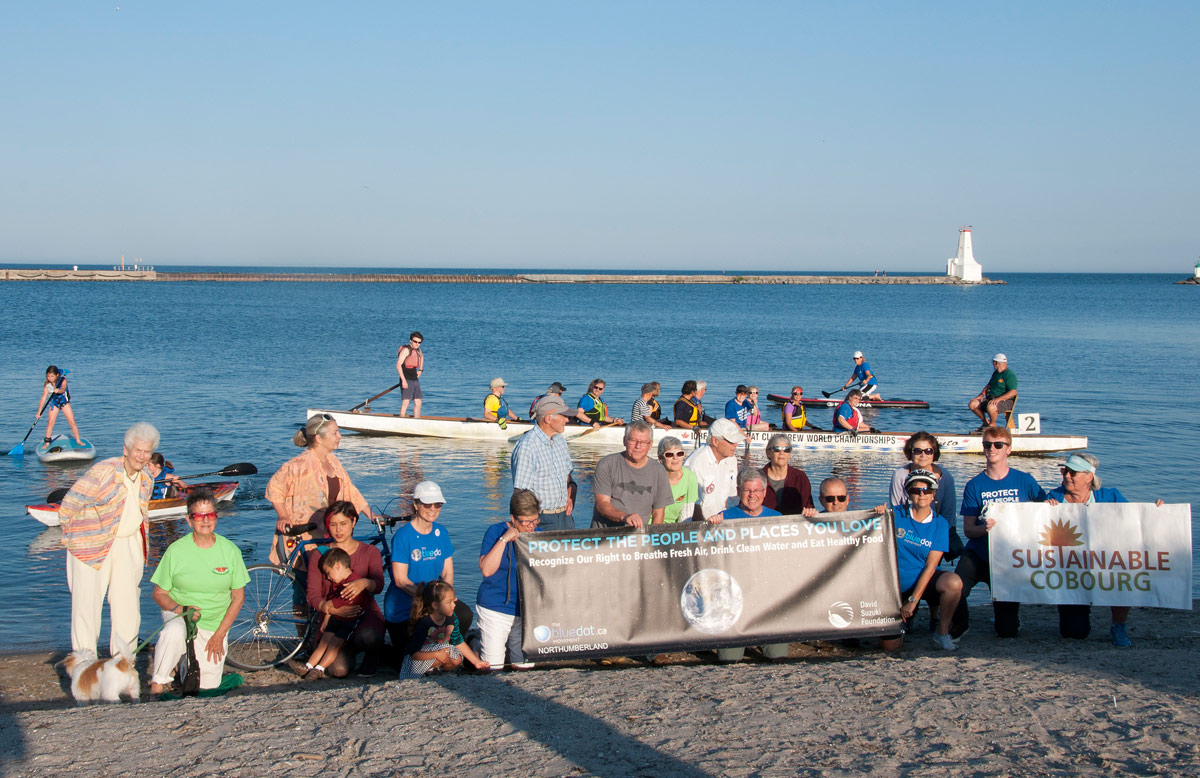 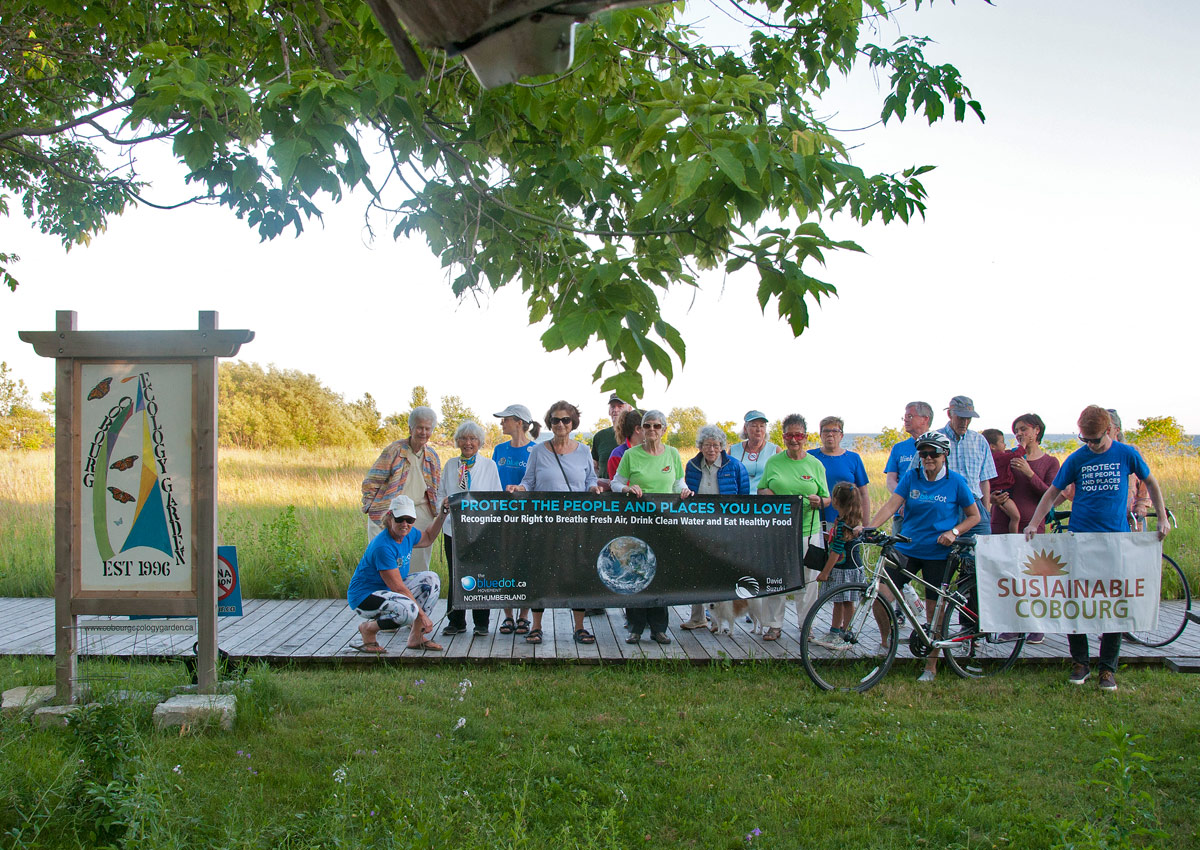 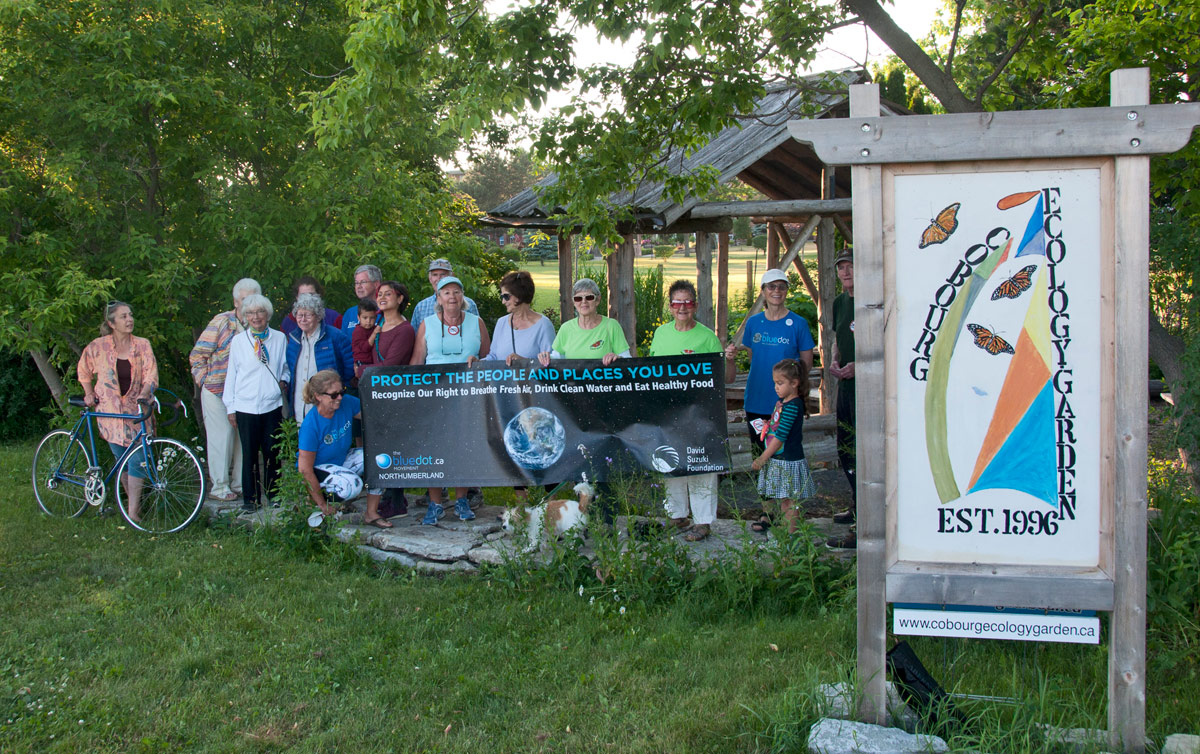 Thanks so much for the article John ! Just one note of correction: May 2017 was the month we formed the Northumberland chapter of the Blue Dot Movement. We presented to Cobourg Council in October 2017and the official declaration was signed in January 2018…..

449 hits and only one comment.
I think that makes a sad public statement about the lack of concern about preserving nature and the environment.

It was wonderful to engage them. I asked if they could name any other municipality that has a MEADOW downtown; I mean downtown, two blocks from the business district. They gave it some thought, but each town had meadows within town limits, but none downtown. When I chaired the Ecology Garden, I referred to it as both sentry and concierge to the west beach. The Garden has expanded beautifully. There is a new feature in the garden, part of their Hugelkultur, where coloured stones bearing one or two words painted on them. They invite people to take one for Motivation, Leave one for Inspiration.