With the legalization of recreational Cannabis in Canada, the Province has introduced legislation to allow privately owned retail stores to sell the product and to establish regulations on its sale and use.  That could potentially mean that there would be stores in Cobourg that would sell marijuana starting April 1, 2019.  After public consultation, the Province has decided to allow Municipalities to ban or regulate such stores with a decision on this required by January 22, 2019.  Brent Larmer, Cobourg’s Municipal Clerk, has recommended a meeting to consult with the public and will then report to the new Council before the due date.  At their meeting on October 1st, Council agreed with this proposal (without any discussion), although no date or location has yet been set for the Public meeting. 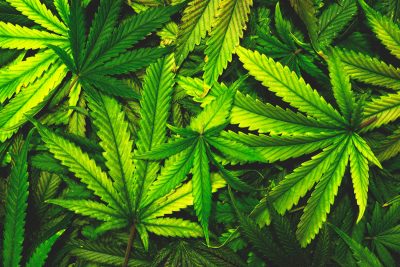 Federal and Provincial Legislation will already regulate these stores and their location. They must not be anywhere near schools, you will only be able to buy 30 grams (about an ounce) at a time and the Province will be the only wholesaler.  Stores will be licensed by the Alcohol and Gaming Commission of Ontario (AGCO) and there will be a provision for public input on each license. Between October 17th and April 1, another agency the Ontario Cannabis Retail Corporation (OCRC), will be the exclusive online retailer for legal cannabis in Ontario. Consumers 19 and older will be able to purchase cannabis via OCRC’s online retail platform. The OCRC will also be the exclusive wholesaler to future private retail stores. See the links below for more on this.

Brent listed the considerations for his report:

So far, regulations seem to be a mix of those already in effect for alcohol and smoking.  Banned in enclosed spaces, banned for youth, etc.

But the idea of a formerly illegal drug now being legally sold will no doubt be a concern to some people so the Town is wise to ask for public input.  To help with the legalization, the Province has also promised that municipalities will receive at least $10,000 to support the transition to legal cannabis – details on this are yet to be announced.  One obvious cost is the need for test equipment to determine if drivers are “high”.   Although the Ontario Government has set dates and released planned regulations, the enabling legislation has not yet passed – although it has been introduced into parliament.

Good news; the old Certo building is being restored to its former glory and will house a pot dispensary. What a win win for Cobourg

Look for a post on this tomorrow with details. Update – Sorry, it will be on Thursday.

“Canada’s measure of real gross domestic product will get a boost after the legalization of marijuana adds as much as $8 billion to the country’s economy, according to Toronto-Dominion Bank.” Financial Post
“Ontario pot market: $1.6 to $2.3 billion.” CBC
Hope some of that revenue will find its way to affordable housing, healthcare, and infrastructure.

Hope so as well; problem is that both PROVs and FEDs have this Chart of Accounts line called General Revenue. Something akin to ‘Go Fund Me’ page for GOVs.

Hope so as well; the ooops is that both the PROVs and FEDs have this Chart of Accounts line called General Revenue. Akin to a ‘Go Fund Me’ page for GOVs!

The drug is already being used in the Town, so it might as well be dispensed legally.

Weak argument.
Cocaine?
Fentanyl?
Under age drinking?
All being used/done here in town.

WELL THE TOWN COUNCIL MUST BE PROUD OF THEIR NEW INDUSTRY AS IT KEEPS PROMOTING WE HAVE THE BIGGEST GROW OP IN THE COUNTRY
That will soon be one of the largest employers in the area I guess your in for a penny why not the pound
We have to support employment of younger people — Wright . So you have to promote the product the same way we did when Kraft foods was the big Cheese on the block .
From a non users point of view —
This just might be the thing to Turn around King st Just look at the Green Mile up the road and all the spin off jobs and business and free advertising they got
Its created growth for all the existing and new business that have popped up . Heck Alderville has more new start ups and is far better looking , cleaner and busier than King st . Bring some life back to King st
but we don’t have the parking .

As for all kinds of Drugs We have far more Seniors driving around Cobourg on Regulated Drugs that would qualify as intoxicated or with impaired conditions than we care to admit But the way it is .

If it Legal Live with it no different than a couple of shots of Single mault Its up to the people
and how they act Responsibly .

Wright! For some, single mault is the Drug of choice.

Silly, only you and manfred s would smile at that.

Only you would point that out, boringly.

Do you mean “right” and single “malt”

awww, Frenchy, I think you need a ‘blogging buddy’ so you too can share those special moments from time to time, 😉

That’s all we need here where drugs of all kinds are available and has been for yrs. Is it not enough that crime is outrageous here to support their habits? not to mention the big ass drug maker that has opened? And with no officers and the lack of press release on crime , yep I see it only getting worse

Stop the whining long enough to realize that there are a few upsides to the legalization of cannabis. For individuals with pain and discomfort from arthritis for example or for those with sleep deprivation, a small quantity of cannabis oil can reduce the pain or bring about sleep. It will be convenient to buy such product close to home.

Seriously ? Whining ? I have no problem in aged ppl getting relief , but being a victim of crime to solely satisfy addicts, then I sure as hell dont want to see more drugs here. The 1st store to open here I bet will be broke in to by some addict. Or more business and homes being broke in to to get cash to shop at a pot shop

How many liquor stores get broken Into ?

With pot employment increasing locally, there will be a decreased need to break into the local LCBO. Also, govt wants to undercut dealers on price. Time to break up with the dealer du jour for the cheaper, controlled and better quality weed.

The paranoia that pot ‘addicts’ will drastically increase crime is a pathetic notion. Your news article makes zero comment about pot — another red herring setting up unnecessary alarm bells.

It wasn’t supposed to have anything to do with pot. Robert asked “How many liquor stores get broken Into” and I found that article to help answer his question.
Don’t be so sensitive.

The column is about POT, not booze.

For the past 50+ years I have been in the presence of pot smokers (teachers, doctors, lawyers, tv producers, actors, poets,, artists, working stiffs, office managers, etc, etc) and not once have any of them committed crime other than the mere possession of personal pot. During the late 60s and early 70s I was the court reporter for the Cobourg Sentinel Star and saw a lot of young people scooped up in the tide of paranoia spread by ignoramuses and get saddled with criminal records with all the added downside of that. None of us won anything by that sort of policy.

Recklessly lumping pot in with addictive drugs seriously misrepresents the pot situation. Just ask Elon Musk about all the damage he has done by inhaling. Ask Obama how he managed to kick his criminal pot ‘addiction’.

You mean “people” of course. Please don’t make us decode your postings in order to understand them.

Good to know such shops will not be allowed near schools, unlike the bizarre report in a prominent Canadian magazine Apr 26 2016 that stated: “…businesses will be allowed to remain open if they meet certain criteria, including being 300 m from a school”. They meant “…at least 300 m…” I suspect, but that’s not what they said.

The $10,000 “support” from the province might cover the cost of equipment and training for one Cobourg Police officer on one shift to assess whether or not citizens are over the limit on Cannabis.

It will be a whole new ballgame for all of us. Although I prefer a shot or two of single malt, I hope this transition works out for all citizens who prefer cannabis to like single malt.

A whole new ball game for sure.
Smoking of any kind is totally unnatural for the human body and responsible for thousands of deaths by cancer etc not to mention smoke inhalation by fire etc.so how smoking cannabis can be legally justified is confusing except for the financial gain of it.
There are government warnings on cigarette packages of the dangers to health so I wonder how they reconcile this usage.
I understand that cannabis oil is good for medical issues but
that is not the same as the recreational stuff that you inhale.
Combine the use of cannabis and alcohol and there is a deadly mixture behind the wheel waiting to happen.
Drink driving is already a serious problem but this combination can make it much more dangerous.
I believe the instrument to detect marijuana use already is ineffective so far so I think there has been a Pandora’s box opening with the introduction of upcoming legal use.
Of course it was a major Federal election initiative that guaranteed a lot of votes.
I wonder what influence if any it will have on car insurance costs.

Cobourg Police have announced that they will be issuing tickets to anyone who does not comply with Covid-19 provincial guidelines and restrictions. Fines range from $750 to $1000. Port Hope Police have made a similar announcement.

Comments that are off topic get deleted.  The topic for the Memorial Arena is NOT subsidized housing.  A short comment that it could have been used to house people, OK, but not a long discussion.   Such comments would best be on Strategic planning article.  Does everyone have a one-track mind on this or only one or two?

There is one survey online:

Should King street be limited to just pedestrians on weekends in summer?

There’s a new letter to the Editor as of April 6.  It’s about the Sidewalk on Abbott Blvd.

Go to Letters to the Editor Page

Subscribers will get emails at 8:00 pm notifying of new letters.

For the latest on vaccinations in this area, go to a dedicated page on this site.  Go here.

Most Viewed Posts and Pages