On Saturday July 7, Cobourg staged yet another successful Festival that attracted citizens and visitors.  It helped that the weather was perfect – a cloudless sky yet not too hot.  It was not quite as big as organizers hoped – 25 food trucks were booked but only 15 showed up – so it only stretched from George to Division with Hibernia to George being left out.  But to judge from the crowds, especially mid-afternoon, those who came enjoyed the food and at least some of the entertainment.  The Festival was in its second year and vendors did well enough – not perhaps as well as they’d like but enough they’d probably come again.  If you look at the collection of photos below, one photo proves that at least some beach goers do visit downtown!

Not all were worth listening to – I sampled Backyard Riot (not good – I think they were surprised to find themselves actually on a stage) and Storm the Palace (OK).  DBIA chair Adam Bureau conceded that not all were top grade.  I understand the “headlining” band Who Made Who were good but by then we were at the Loft listening to another top rate band. 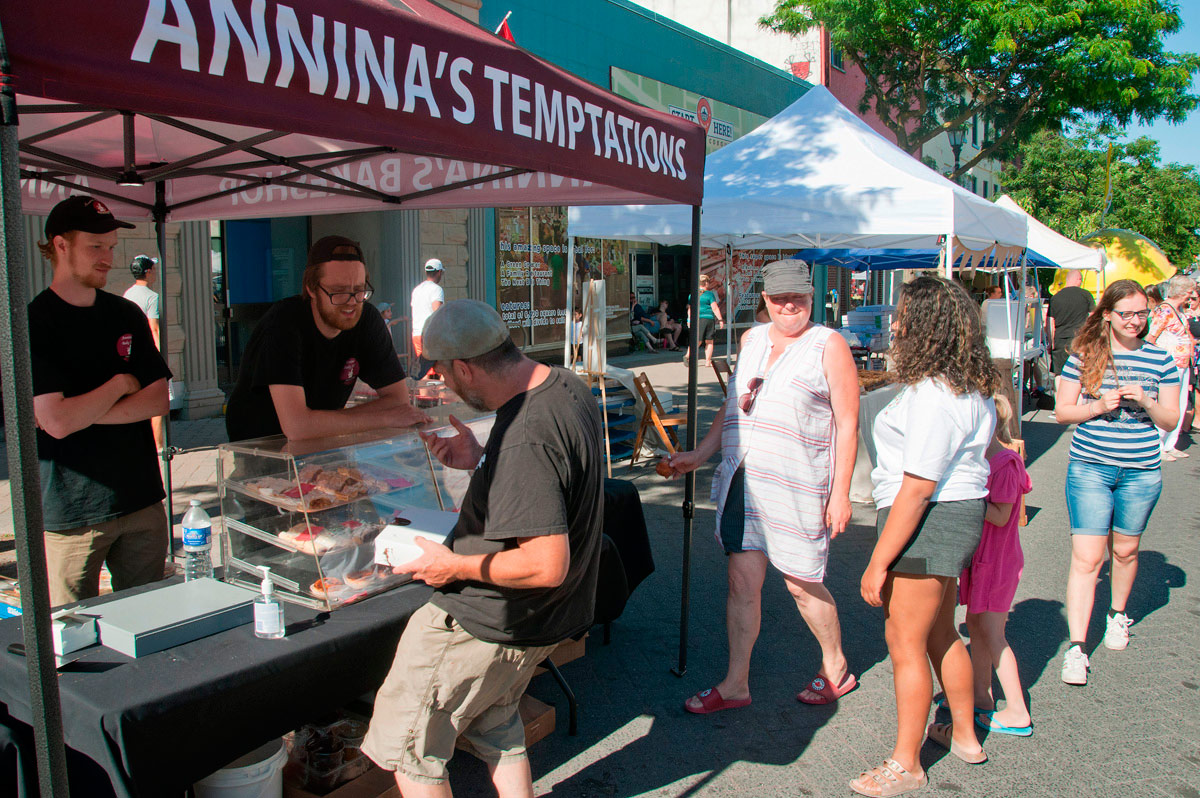 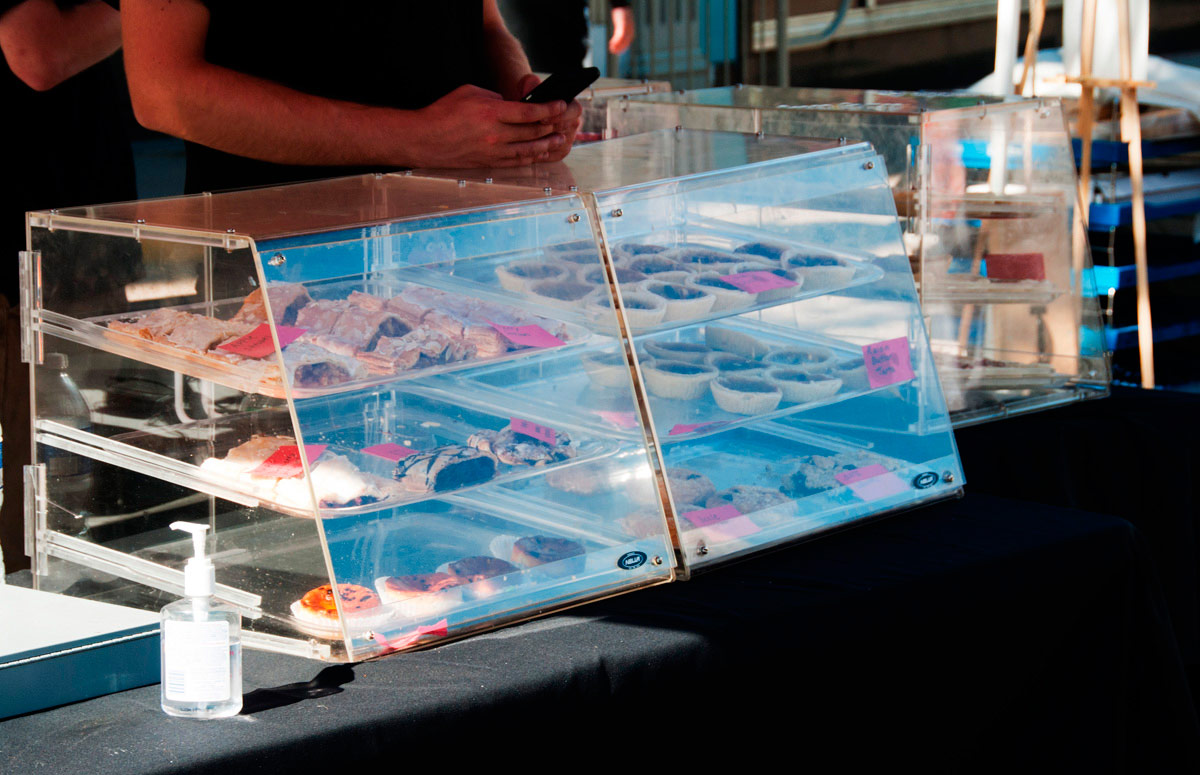 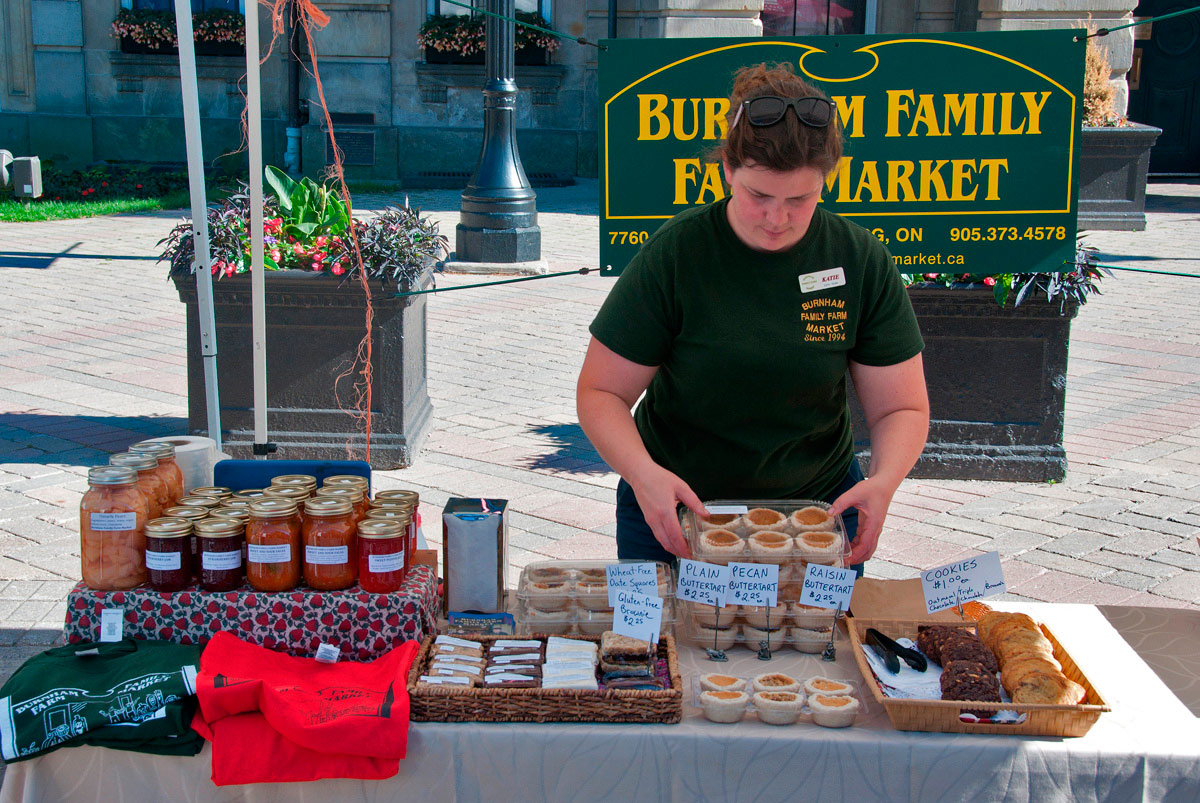 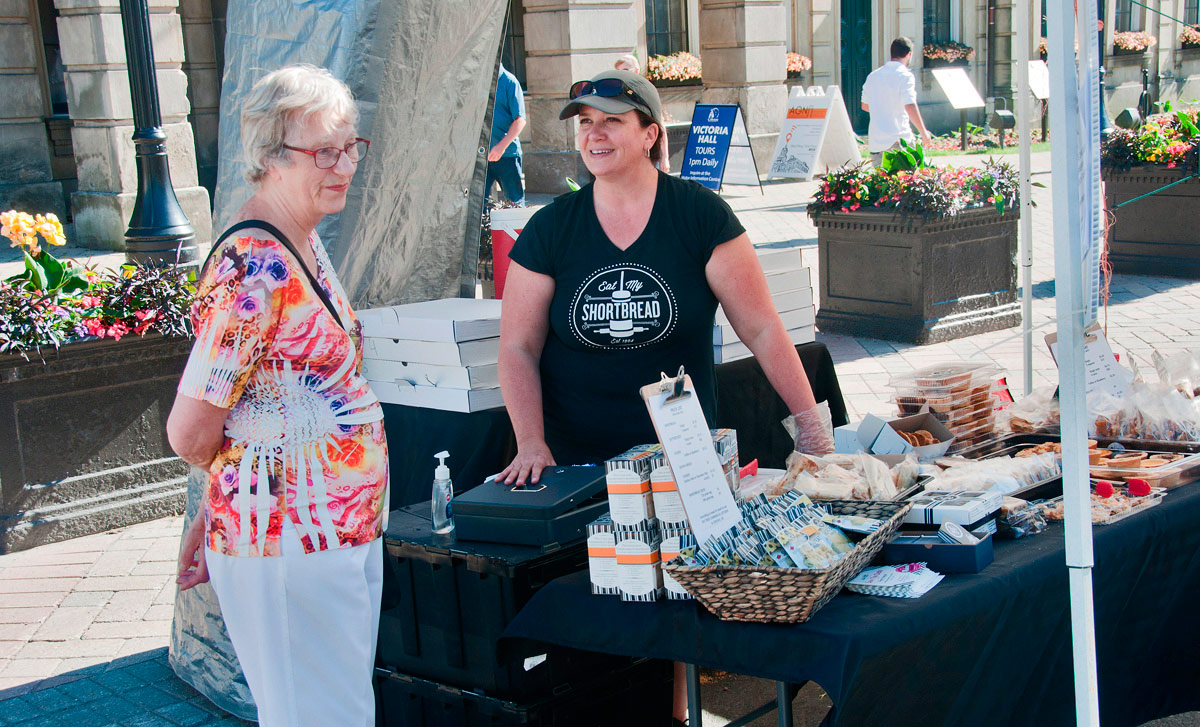 Food and Music-Festival - Eat my Shortbread 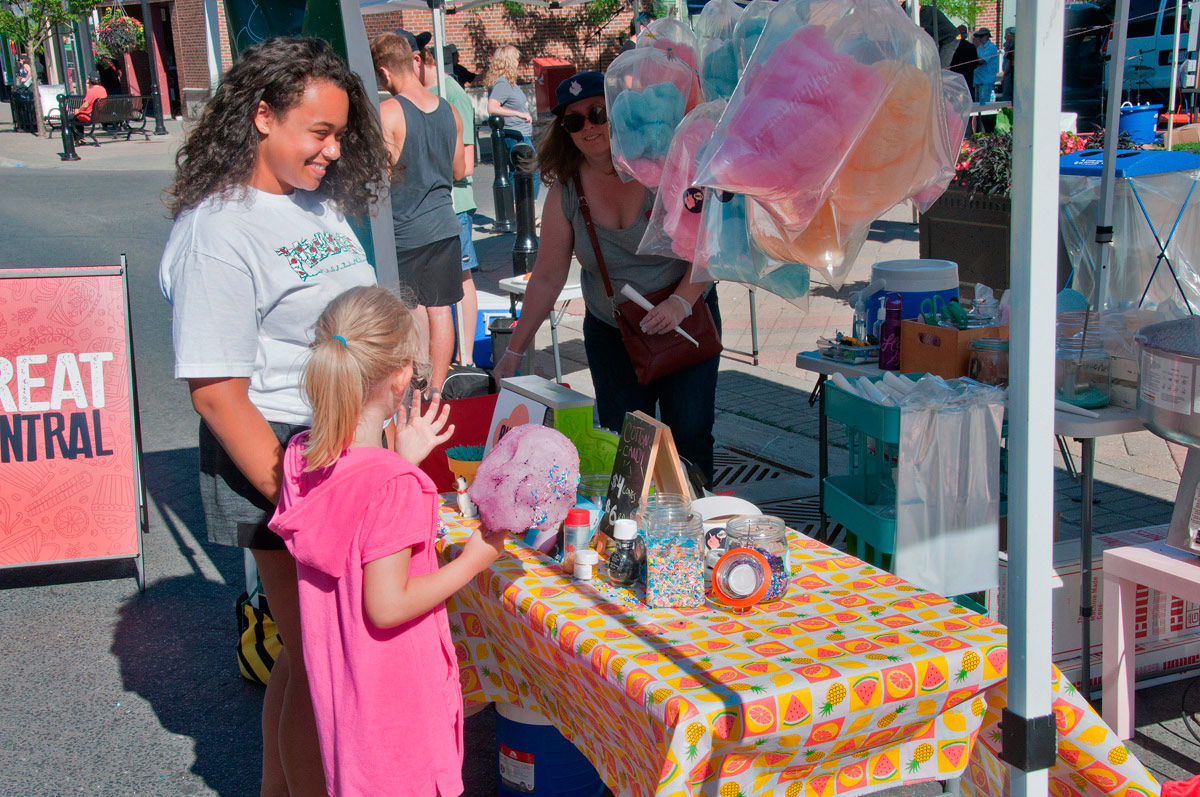 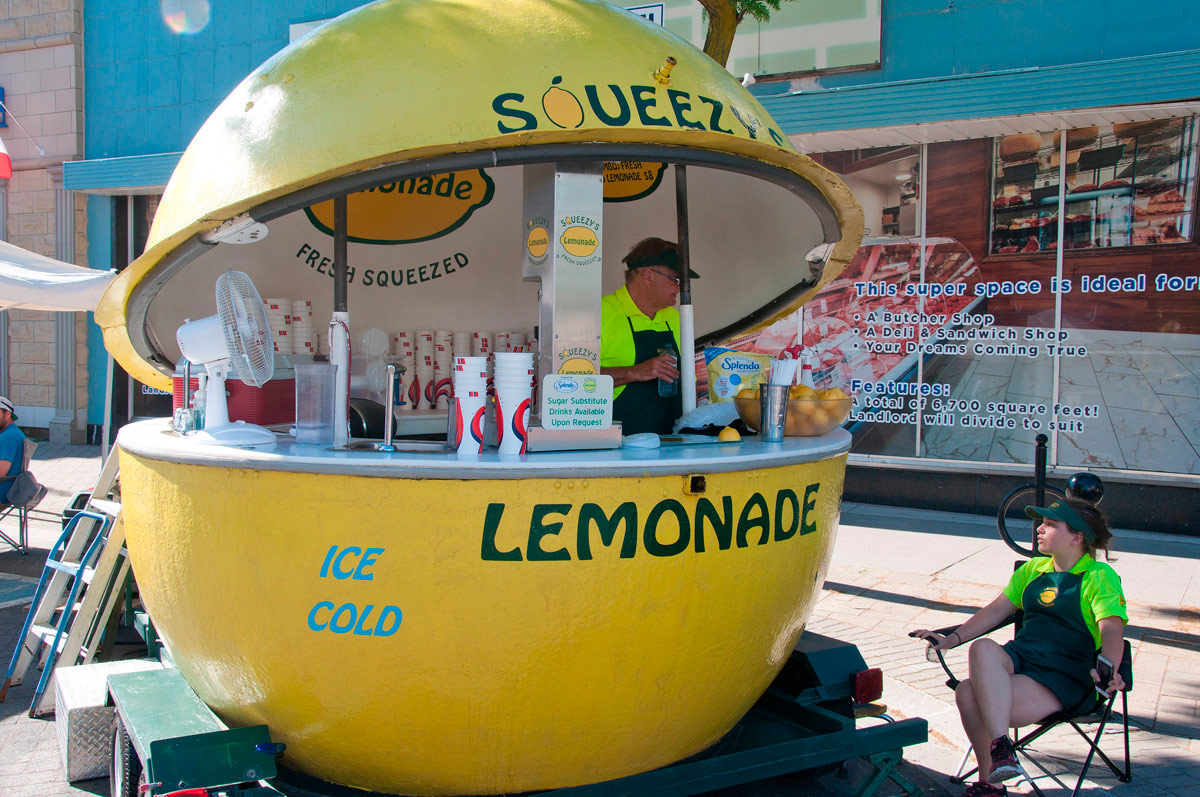 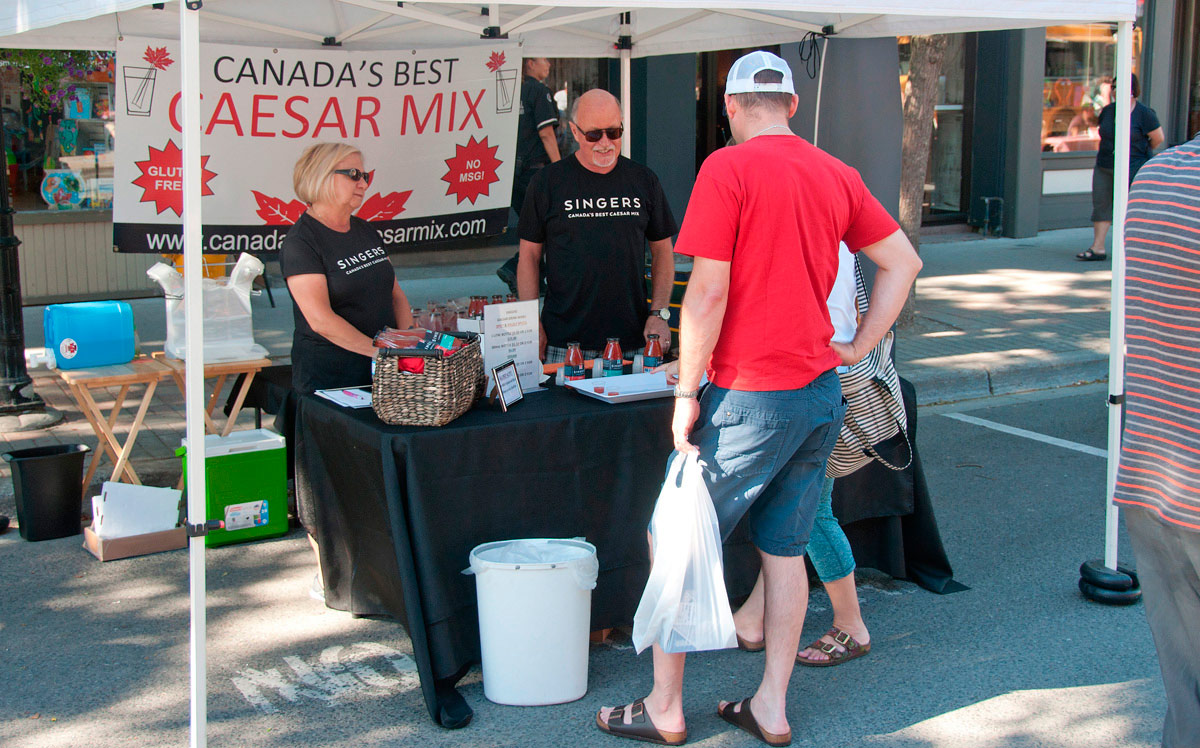 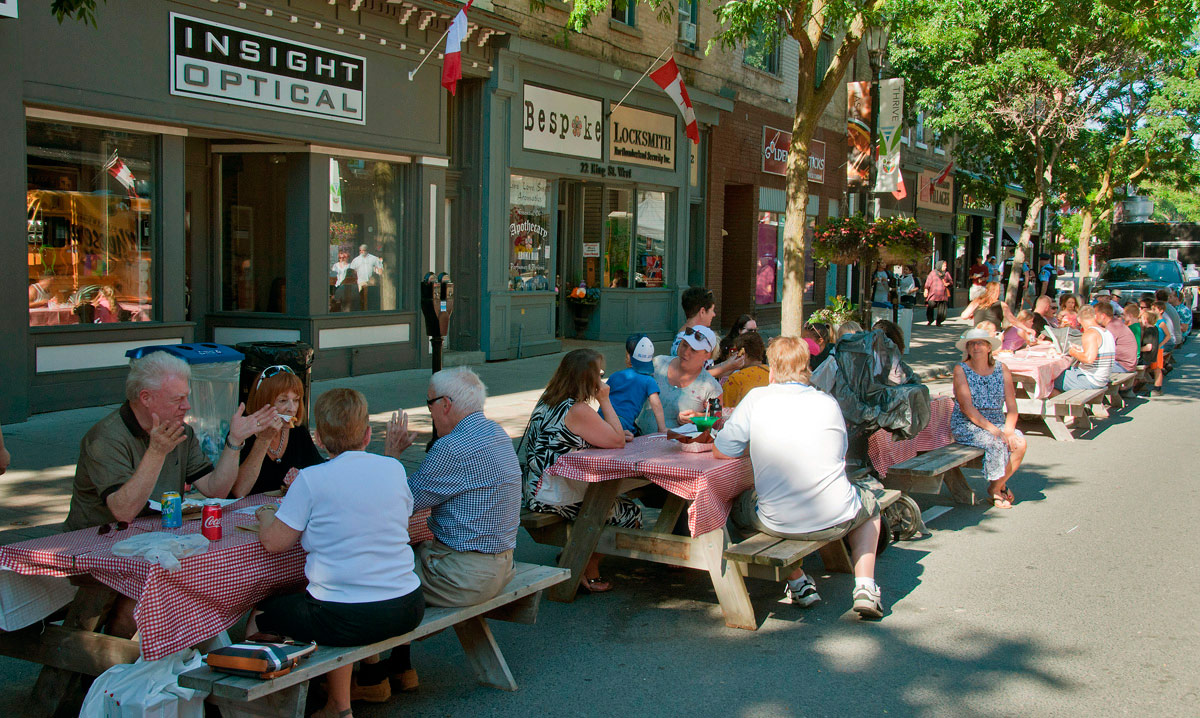 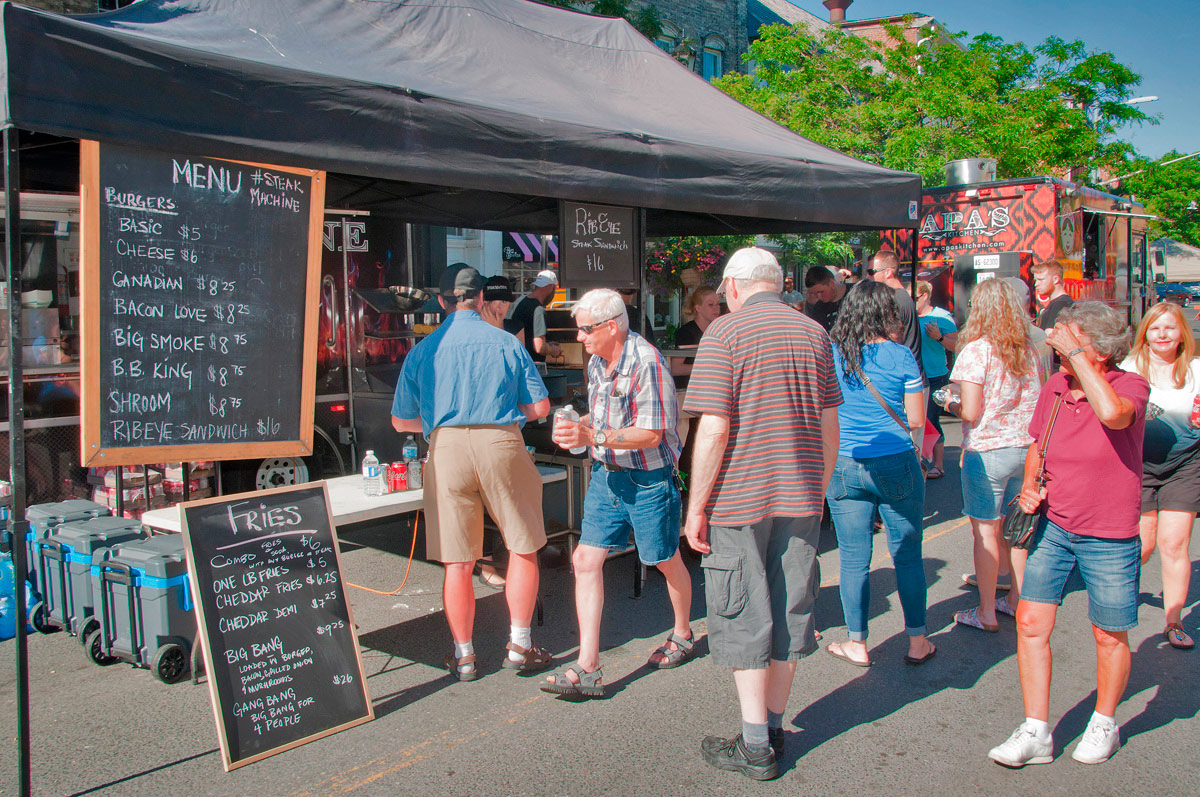 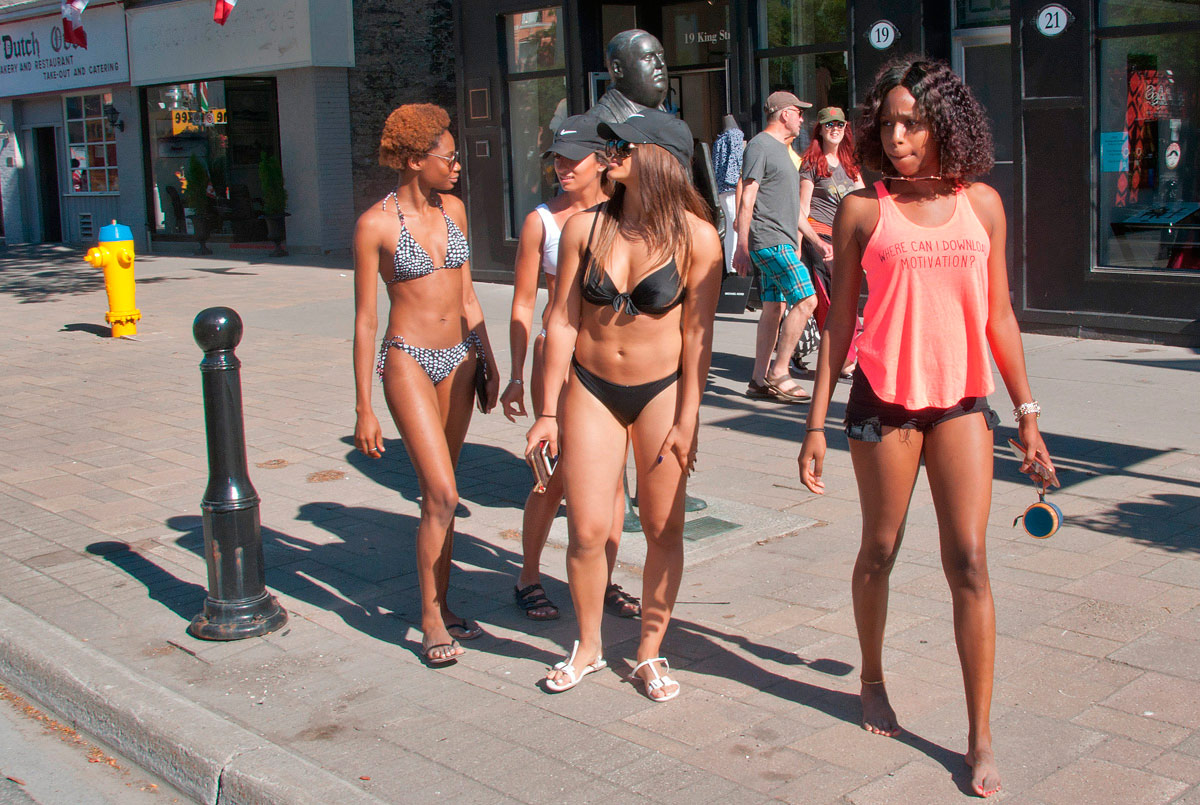 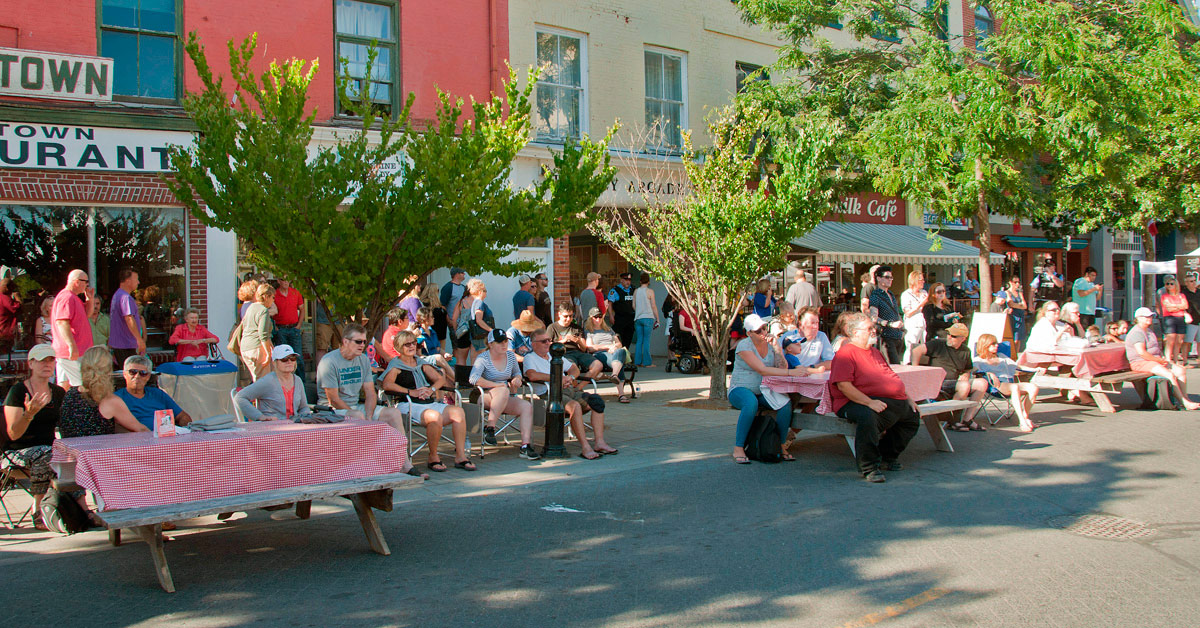 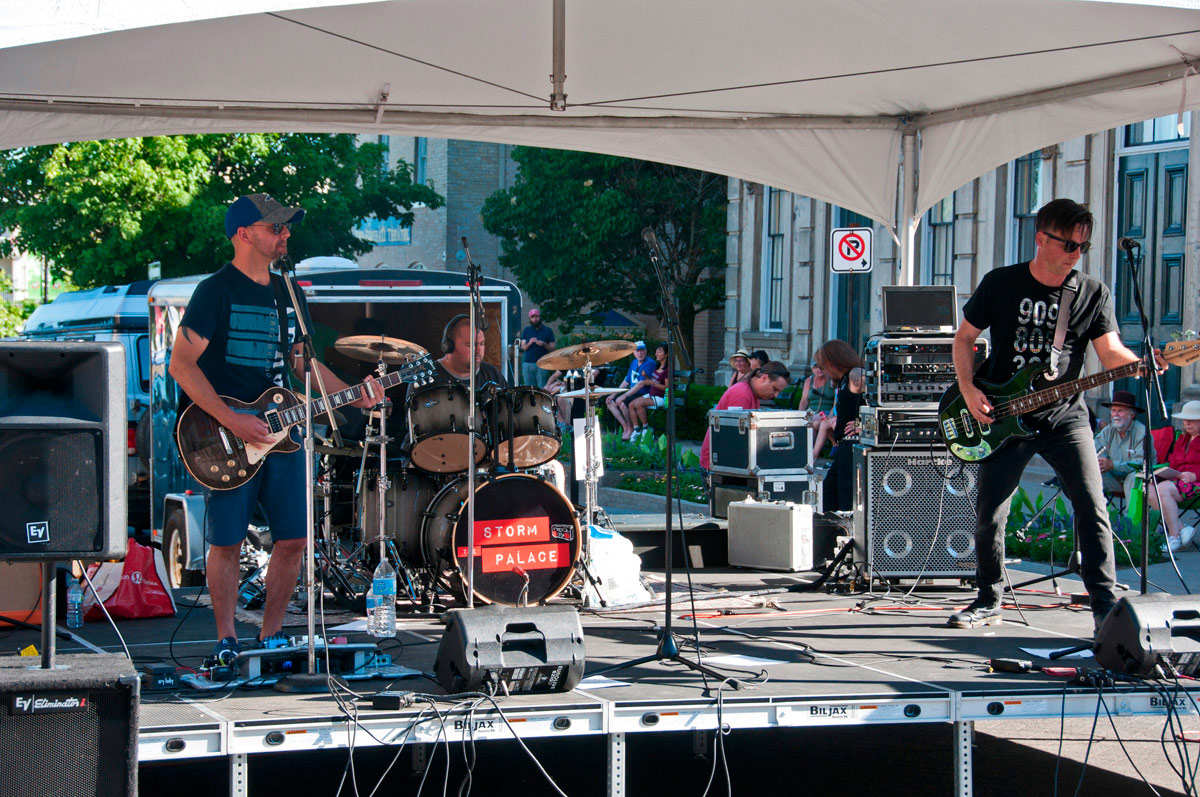 I enjoyed it. Storm the Palace was fantastic! Sure it won’t please all the people on here, but I’m confident there will be a Conway Twitty revival band hitting the Legion soon for your enjoyment.

It was a great day. I love all the summer activity in Cobourg. And next weekend we have another new event….the Courtyard Summer Series down at the beach. Friday Saturday and Sunday food, live music and a licensed bar. Yeah Cobourg!!

I see the miserable people have voted this happy, upbeat comment down. Just can’t please some folk 🙂

Thanks for reminding me about this. I had forgotten.

I was there twice during the day. Once for lunch, it was very hard to decide! Back for “Storm the Palace” who needed another hour to satisfy the crowd and those who danced.I am a “senior” and I enjoyed them. It was a wonderful day. The only negative I heard was from a grouchy store owner who said she was going to complain to the DBIA about the food trucks taking away business from the restaurants. Any local restaurant worth their salt had a booth out on the street anyway and, from what I saw, other restaurants were doing very well. Well done Cobourg, let’s do it again next year!

I see the miserable people have voted this happy, upbeat comment down. Just can’t please some folk 🙂

Chuckles.
Why not try some classical chamber music instead of that amplified cacophony?
BTW do we need some sort of dress code by-law for downtown?
Maybe just shoes should be required?
I know, I know. Just an old fogey!

Typical Timwit! Earned 13 thumbs down; sez it all.

13 thumbs down certainly says it all.

If you ask me, the Bands that were hired (their music) did not match the people (age) that made up the majority of the audience. Perhaps more Country & Western would have inspired the more mature crowds…just a thought to make next year’s event more successful.

Yessir!
That should get them good ole boys off’n their rockin chairs where they sip misty- tastin moonshine outa Mason jars.

There was line dancing.