A crew of volunteers participated today in planting some of the 117,000 trees that will remember the 117,000 Canadians who have “died for freedom” since confederation.  The event took place on the Highway of Heroes right of way just west of Burnham Street. There were about 40 volunteers including military personnel, Home Hardware staff and others. The idea is to plant a living memorial to all those Canadians who died to preserve Canada’s values. Although Pete Fisher says he didn’t really start the Highway of Heroes idea – he was certainly instrumental in spreading the word and making it happen. During the Afghan conflict, the convoy conveying the bodies of fallen soldiers from Trenton to Toronto was honoured by people standing on 401 bridges – this led to this section of the highway being named the Highway of Heroes (H.O.H.).

Also present were Ron and Barb Johnson, parents of fallen soldier Andrew who was lost in Bosnia.

The 117,000 trees will be planted on the H.O.H. right of way and another 1.8 million trees will be planted nearby but not on the right of way.  This particular event will be planting 300 trees and will be adding to the almost 100,000 trees that will have been planted by the end of 2018. The money for the tree comes from a fund started in 2014 with a goal of $10 million. So far, $3.8 million has been raised with $2.8 million from private donors and the rest from Federal and Provincial Governments. They are looking for a total of $5 million from Governments.

Home Hardware has been a partner in tree planting since 1992 so when Cobourg Home Hardware Owner Brad O’Neil was asked to participate – he agreed: “It was a complete no-brainer”. This year, projects are being completed in 36 different communities across Canada.

Lt.Col Comeau said that although it was against regulations, he wears a wrist band which carries the names of 7 soldiers who had died – 6 under his command in Afghanistan.  He obviously appreciated what was being done and thanked everyone involved in the Highway of Heroes Tree planting project.

The trees planted are all native to Ontario – in the photos below you can see Celia Johnston of Tree Canada giving the volunteers instructions on how to plant the trees.  Each one costs $150, presumably including extras like the mulch and overhead costs. 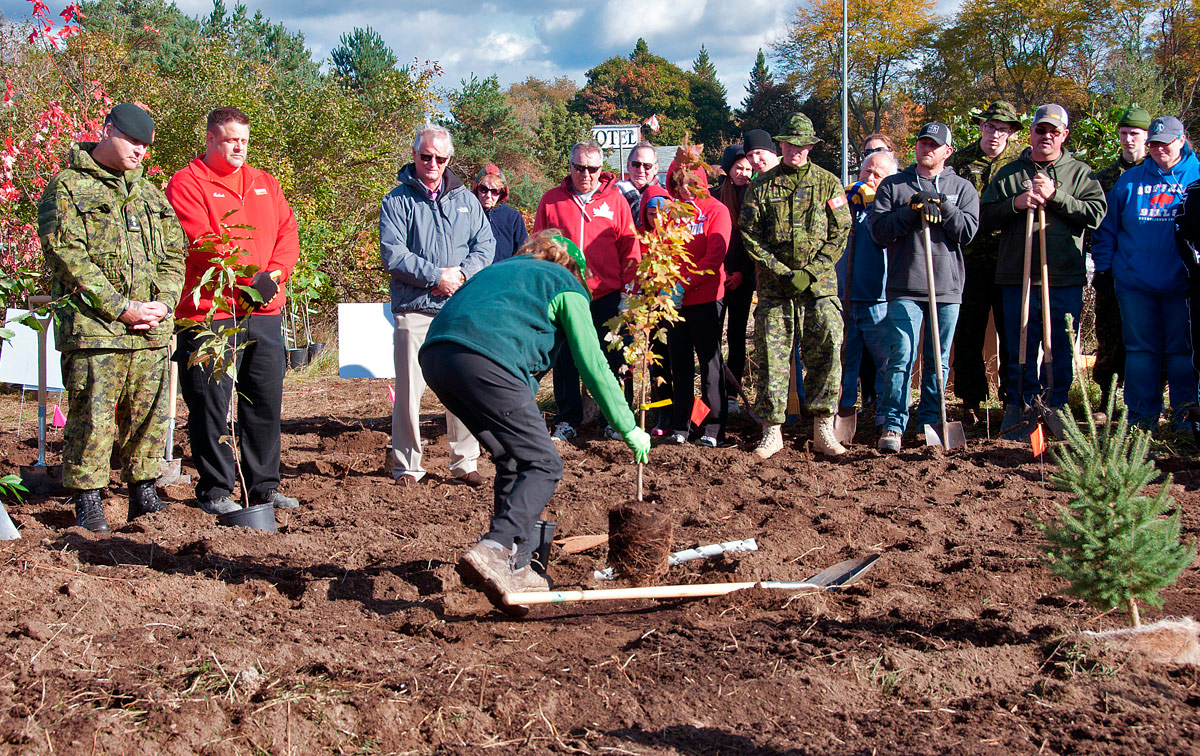 Tree Planting Oct 2018 - Demonstrating how to plant a tree 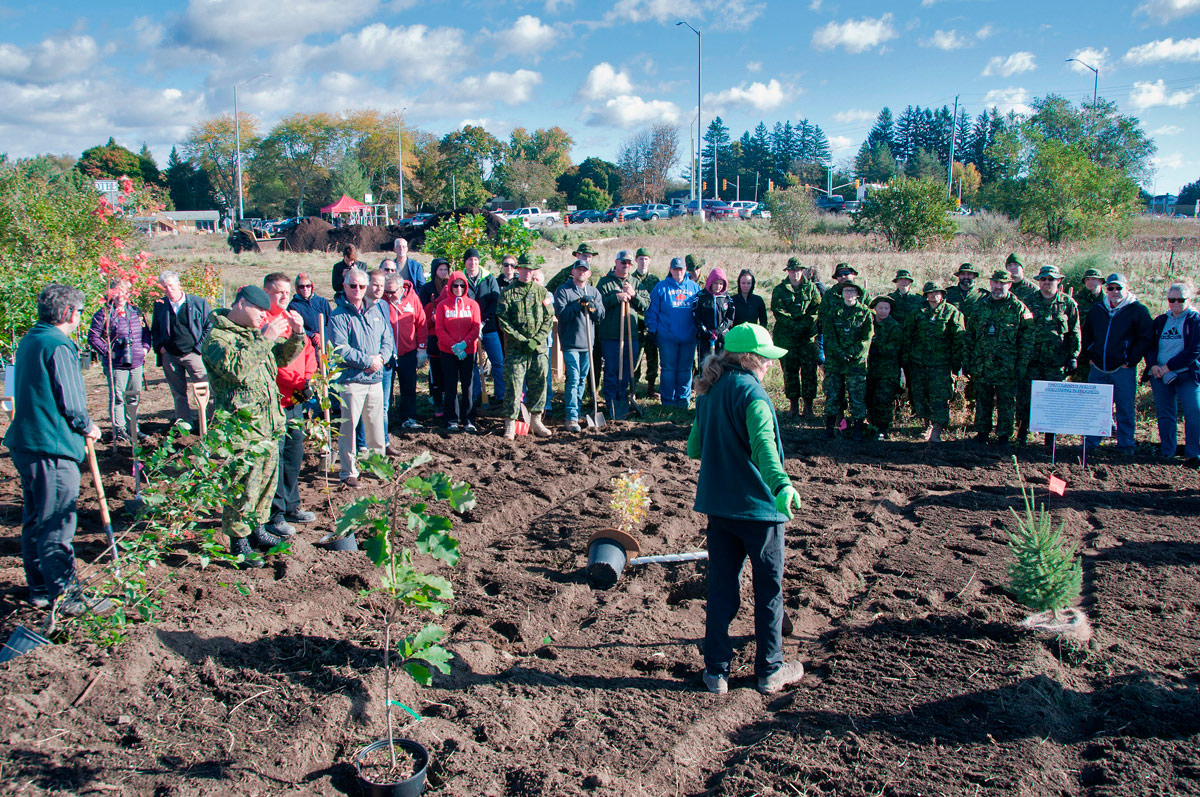 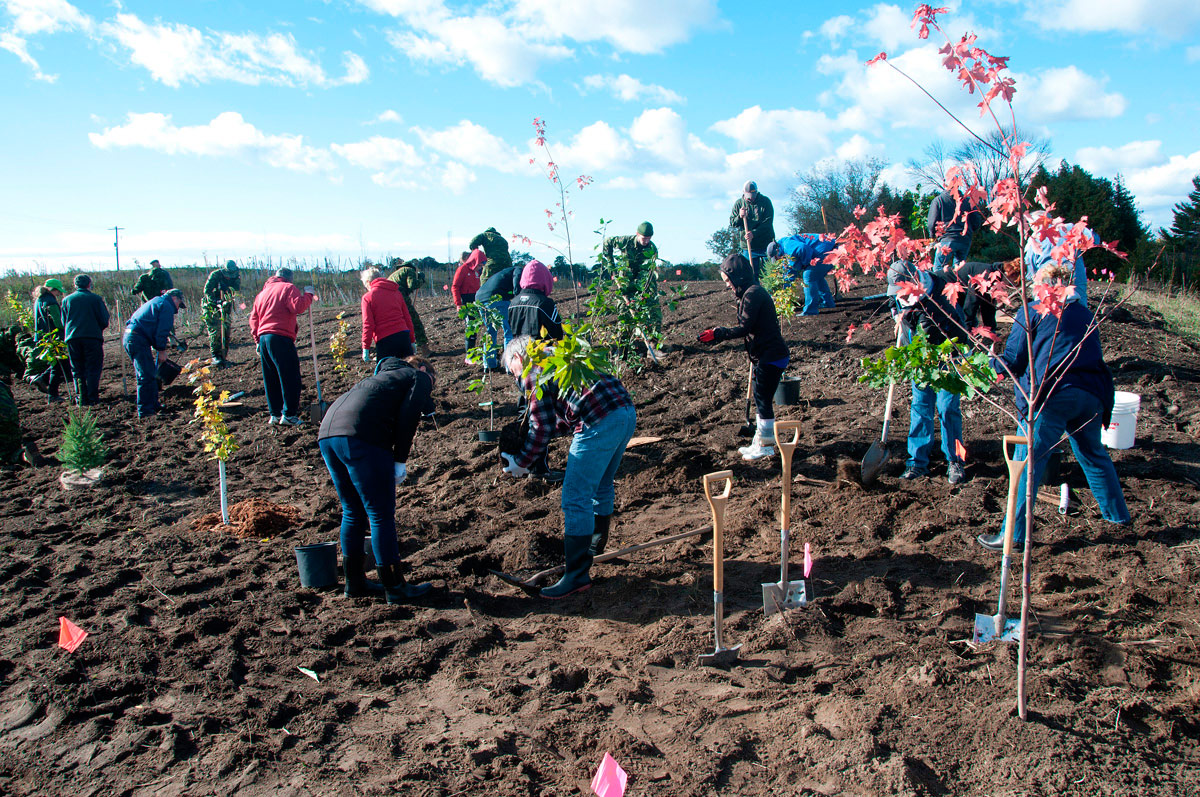 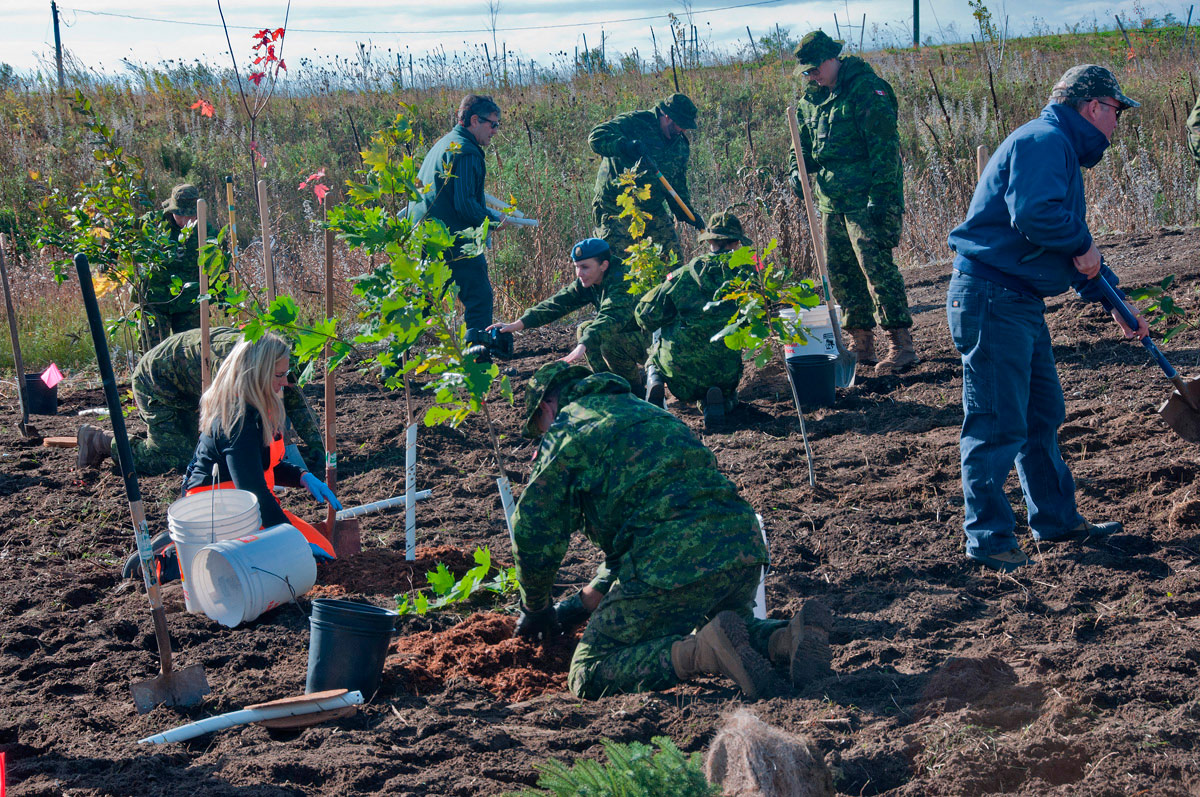 If the Trudeau government can throw $10 million at a terrorist returned to Canada, he should be able to salute the many men and women who have made the ultimate sacrifice for our country with the full donation/funding of this important project.

This is great. As a child living on my grandparents ‘farm’ at Hull’s Corner, we swam in the nearby creek, until the 401 ploughed thru and toppled a few trees the area children climbed. The nearby Division Street cloverleaf covers the former Town dump, so it is heartwarming to see such treedom of expression being planted there and nearby and all along my fav hwy.