Recently, MoneySense Magazine announced their 2018 ranks for cities which are good places to live and retire –  and Cobourg’s ranks are slipping.  The table below shows the ranks for 2018 with some of the numbers from 2015 and 2017 for comparison. To calculate ranks, MoneySense looks at “Wealth and economy, affordability, population growth, taxes, commute, crime, weather, access to health care, amenities and culture.”  These are weighted so that money and health get high ratings but culture and amenities are low.  I would weight culture higher and maybe adjust some of the others but these are the ranks that are often quoted.  You have to wonder what such rankings mean – everyone’s idea of a perfect town is different but it no doubt sells magazines. 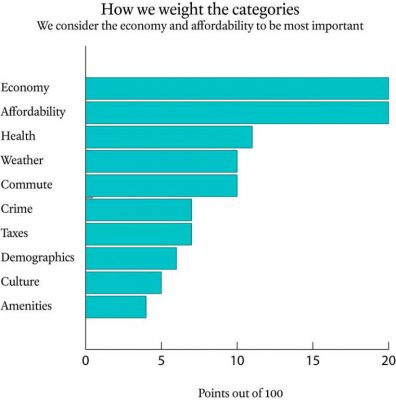 MoneySense also tweaked the ranks this year to give more weight to health wait times and to give a higher rank to fast growing cities so it’s not really fair to compare to previous years. However, I note that the Town’s web site says: MoneySense magazine regularly lists Cobourg as ‘one of the best communities in Canada’  – I wonder which year they were looking at?

We all know that apart from taxes, Cobourg is the best place to live so it’s strange that MoneySense has a different view. MoneySense does admit that “our ranking is unable to capture the beauty of the sunsets or the passion of the local hockey team’s fans”.  Translation: there are a lot of attributes that are impossible to measure – e.g. traffic, parking, walkability to mention a few.

But for what they are worth, here are Cobourg’s rankings:

Another point: if everyone thought Cobourg the best, we’d be overwhelmed with people moving here.  Oakville was ranked highest but with the average house priced at $1.2M (Cobourg $407K) and the average tax bill at $5.3K (Cobourg $2.7K), it would not suit many who now live in Cobourg.

Some times you just need to go out side your little Box of Cobourg and see what other communities have done and have to offer .
I have been saying that for 2 yrs now .
—-Very High Taxes
—a Mall that has just been taken over by ???? check it out some won’t believe me — and the town has not released the Facts
—-and a down town that we are trying to cover up with wrap .

Yes its true we are slipping

Looking at the “Best Places To Live In Ontario”, the top of the list seems to be occupied by Golden Horseshoe communities.
In our neck of the woods, Cobourg ranks 82, Peterborough 91, Brighton 119 and Port Hope 134 (!).

If you read the fine print one of the keys to a superior ranking is high growth rate. “Quality of life” is not considered particularly important. The opposite of what any sane person would value?

The Money Sense tool links are not very helpful in comparing the ranking of towns of say under 50,000 residents to similar towns in Ontario. When I see Belleville in the top 10 best places to live in Ontario, and Cobourg way down the list, the results of the study become suspect. The choice of where to live is in the eyes of the beholder.
Of note for Cobourg is the comparatively low ratio of doctors per capita. That may have a significant weighting on the “health” score card.

Apparently Belleville shot up 100 spots this year or something, which just highlights the arbitrary nature of this list. I thought just the same in the years that Cobourg did well.

It is a shame that MoneySense doesn’t provide all of the raw data in a fashion that can be easily downloaded to a spreadsheet to calculate a desirability number based on your own preferences. Or have I missed something?