Cobourg’s Election results were announced at an event staged in the Concert hall at Victoria Hall. Perhaps 60 people were there – including some staff, the election workers, candidates and citizens.  Results arrived at around 8:45 – all at once except for School Trustee results since tabulation was electronic.  See the table below for the vote numbers.  Cogeco was set up in the hall and were able to announce results as soon as anyone.  Since there were no polls – at least not as far as I know – it’s not realistic to say there were surprises.  However, given that a number of people (mostly women) said they were going to vote for all the women, it was surprising that Miriam Mutton did not get in.

Other than that, it was probably not a surprise that incumbents were returned – both Brian Darling and Aaron Burchat were elected and Suzanne Séguin easily beat Randy Curtis for the Deputy Mayor’s position.  I managed to get photos of all the new Councillors (see below) except that Adam Bureau did not show so I have substituted one of him in his business on King Street – taken on the day he announced his candidacy.  So of the seven members of Council – five Councillors, one Mayor (John Henderson acclaimed) and one Deputy Mayor – four were in the previous council and three are new.  Of the seven, three are women and four could be called young, and not retired.

The percentage who voted was low at 43.6%; it was said that this was likely because there was no contest for mayor. If there had been a mayoral contest, the vote percentage might have been 10% higher. 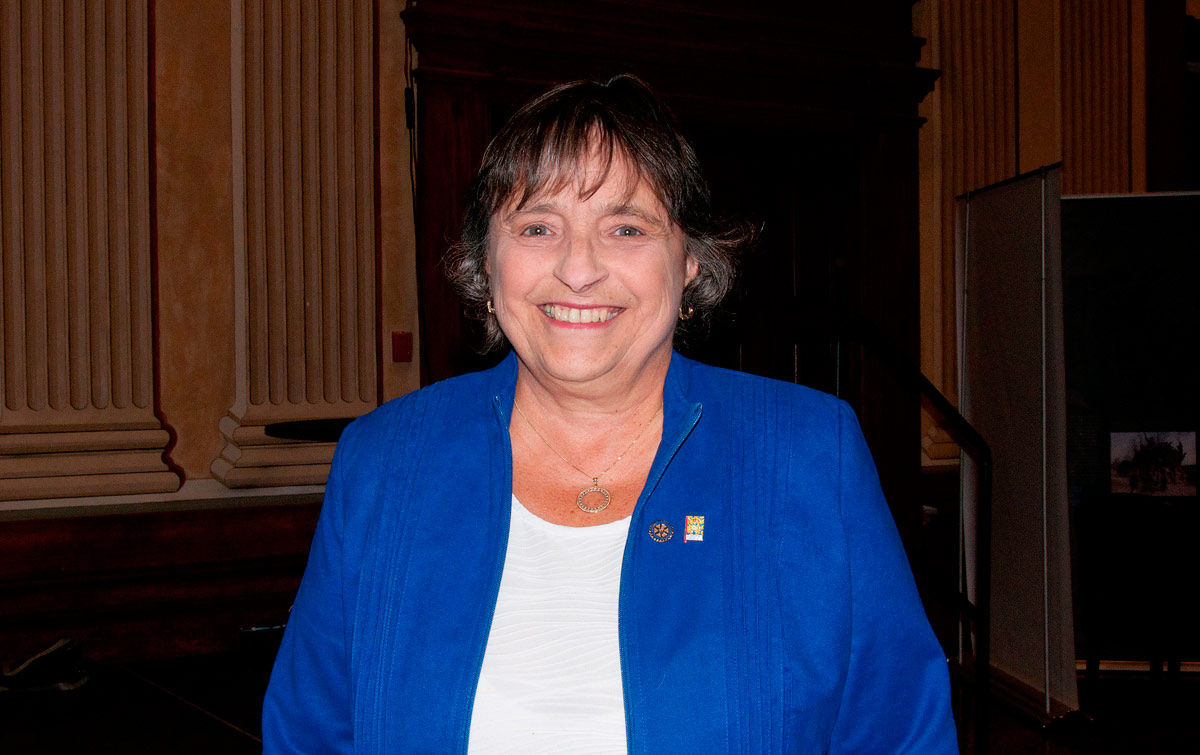 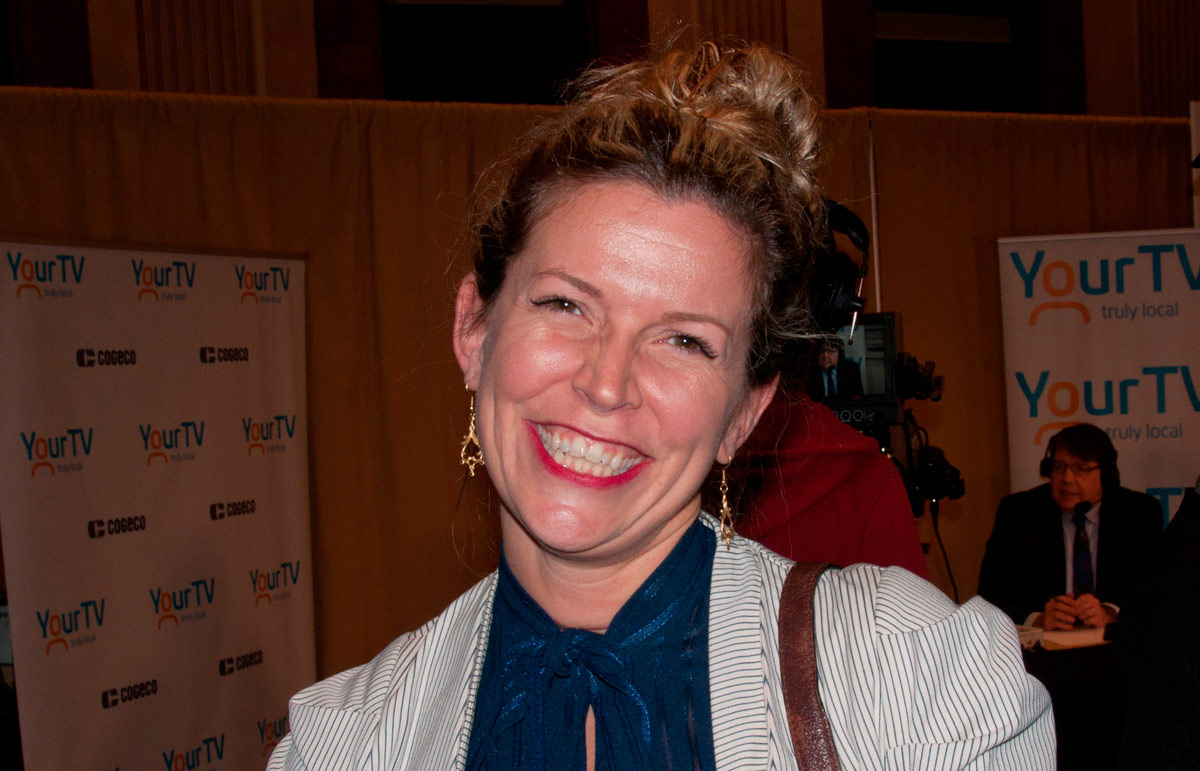 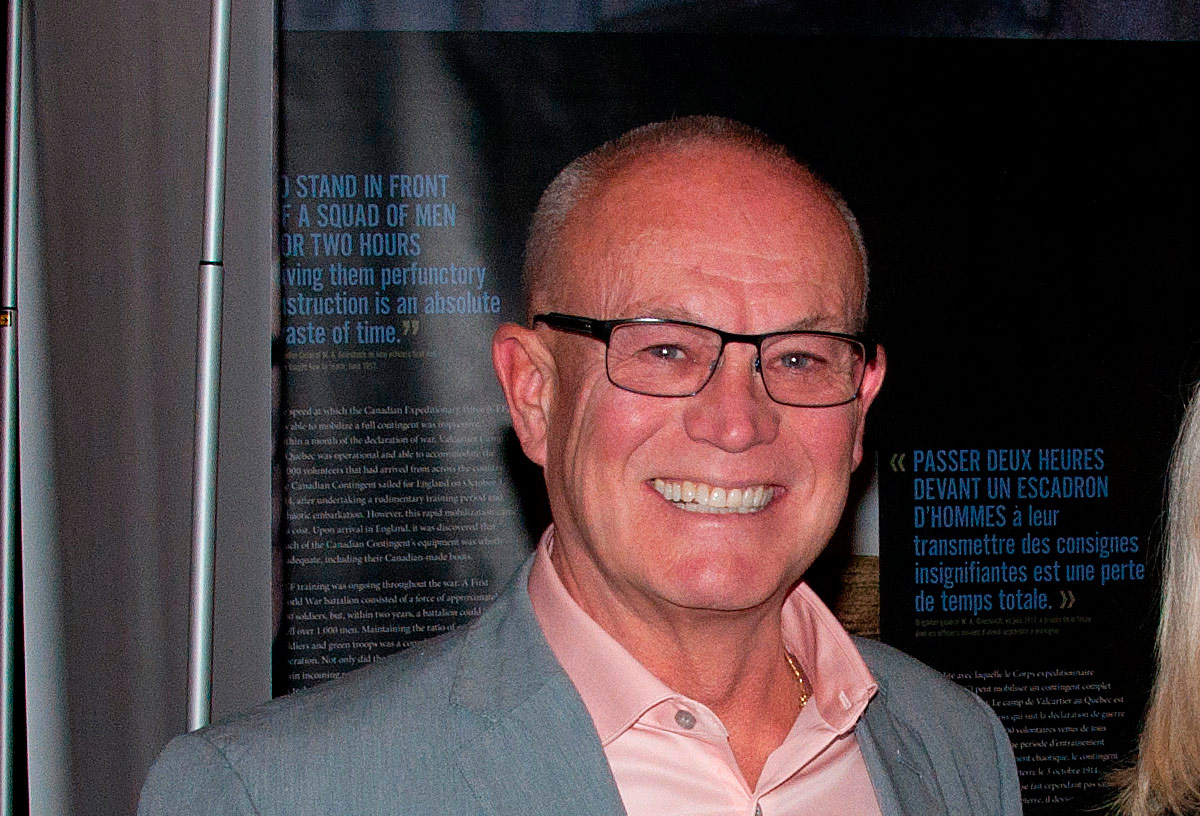 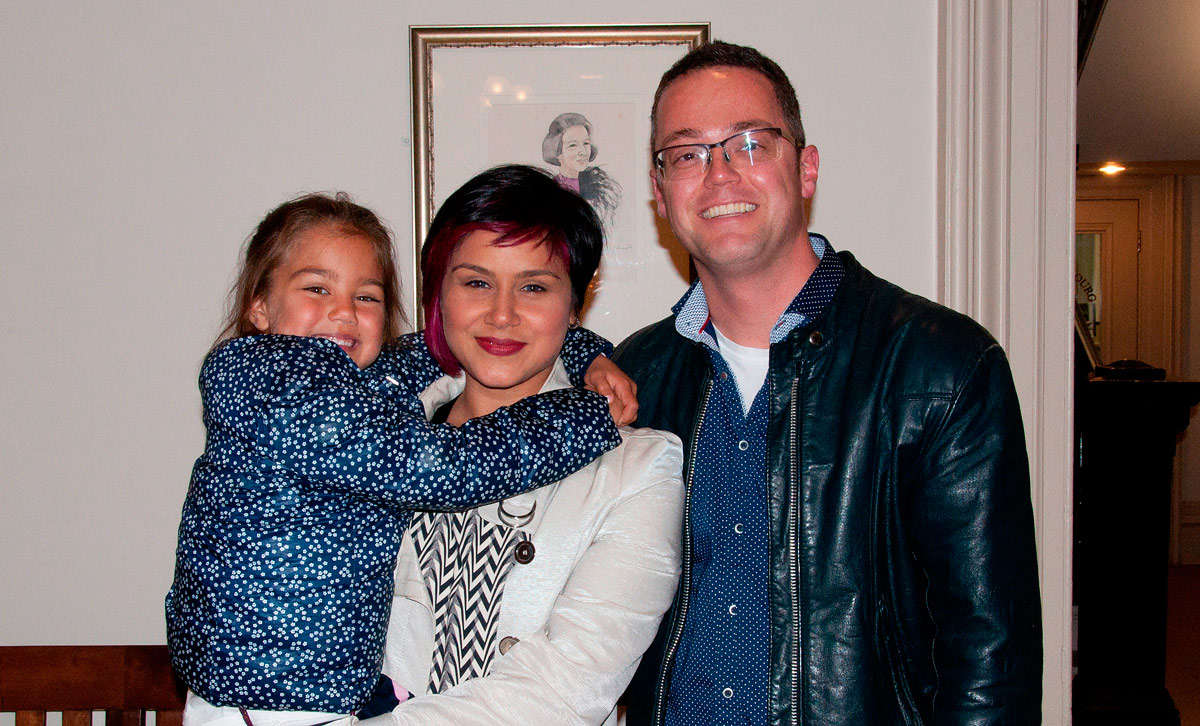 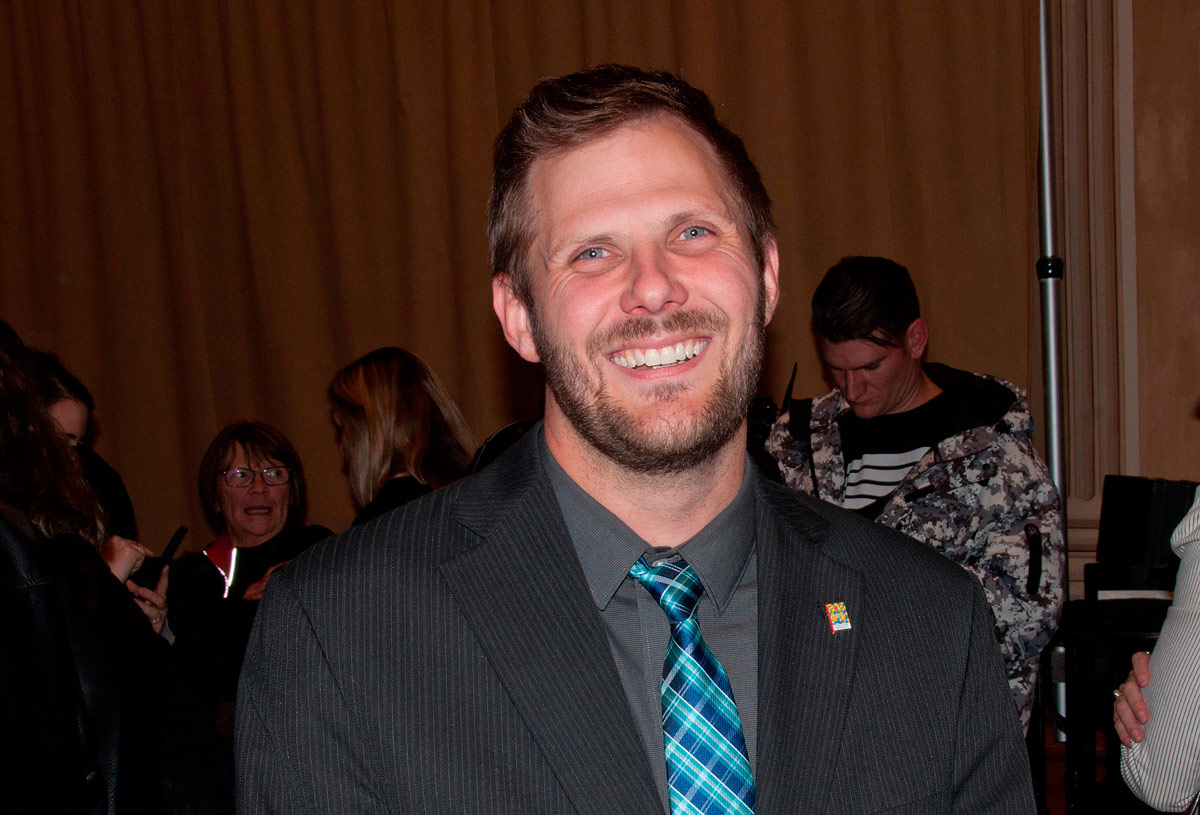 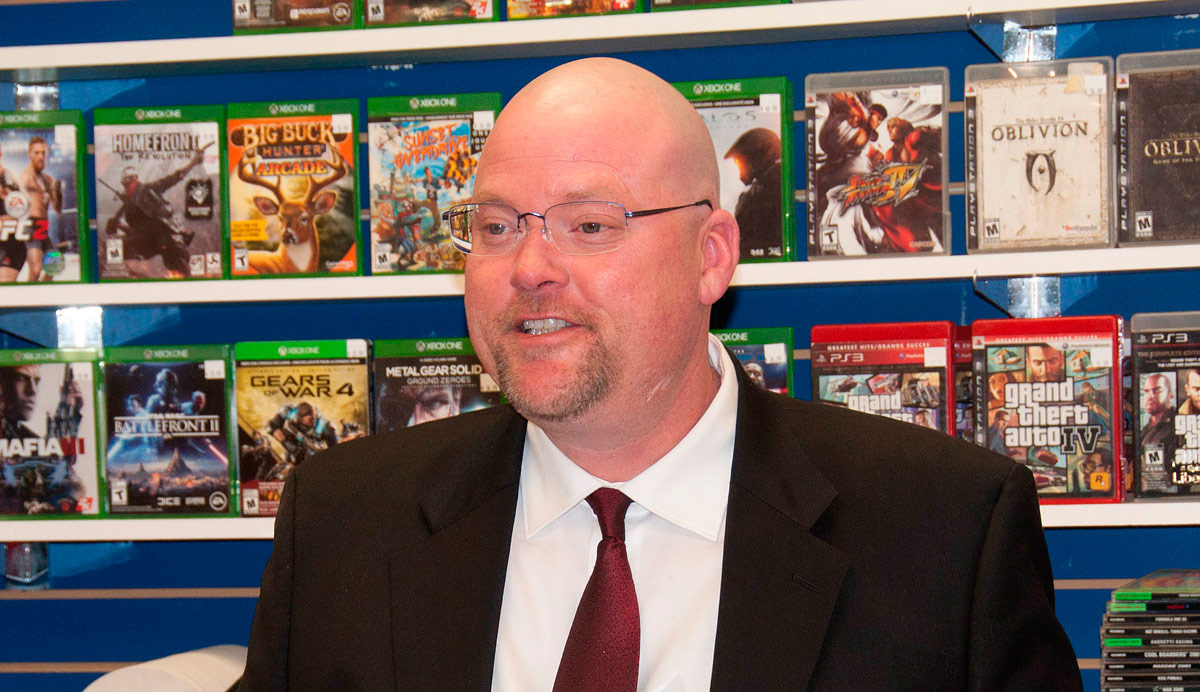 Great result – I like the blend of experience and newbies. I believe this will be helpful in keeping the status quo-ers in check and bring fresh thinking and new ideas to the table.

Thank you to all the candidates who came forward to represent us, the people of Cobourg, on our municipal Council.
Congratulations to Nicole Beatty for topping the Councillor poll and for her ambition to use her experience in municipal politics as a stepping stone for a career in Provincial and perhaps Federal politics.
Congratulations too to runner up Brian Darling who alone resisted being spooked into a hasty policy decision on the Waterfront Plan.
But!
Since so many Councillors still have working lives, perhaps the question of adequate remuneration should be revisited soon.
And one wonders how long this ‘honeymoon’ period of a new Council will last.
When will folks like our Guest Columnist, Mr Woods, start to question the legitimacy of a Mayor who ran unopposed? Or begin to wonder whether Council is forgetting ‘The People’ who elected them and pay their salaries.
If past experience of the folks who mob this blog is any guide, Councillors better grow thick skins. They will need them.

So the slob said to the snob, don’t hog this blog with your monologue.

To call Brian Darling the “runner-up” seems somewhat disingenuous to me. He put in an excellent showing. You make it sound like he didn’t win at all, literal definitions notwithstanding.

To those who lost, thanks for making our election a democracy! A choice for all electorates.

Congratulations…I was especially pleased to see three women on council and sorry to not see Miriam amongst them. Tough to take on a thankless job, so kudos and good luck to them all as they navigate all of the slings and arrows that are bound to come their way.
And thank YOU John Draper!

I am not sure how many citizens were eligible to vote and what the per cent of voters was that cast ballots. Was this considered to be a good turnout? Congratulations to those who were elected and thanks to all who stepped up to run for a position, spending time, money and making an emotional investment in a race for duties and responsibilities with significant challenges.

Basically what was expected I’d say but I am surprised Miriam didn’t make the cut. Next in line should something happen!

mmmm…..I wonder if it is not up to some sort of committee to vote on/select a replacement person, to fill any void if a councillor has to drop out?

That’s not what happened last time when Theresa Rickerby resigned. Then Aaron Burchat, the first runner-up during that election, was appointed councilor. Stands to reason the same thing would happen now, should there be another resignation.

In the more recent case, Suzanne Séguin (our new Deputy Mayor) was selected by Council to replace a departed Councillor.

Correct me if I’m wrong but was that not a case of Deveau declining the role, so they moved on to Burchat?

To me it entirely makes sense to pick the next highest vote getter.

Speaking of Burchat…he is on council, owns Showtime TV, has a job with Comptons Telecommunications, and has a young family. That is a lot on his plate!

I believe that you are correct regarding Deveau declining.

Thanks for the election reporting John. First place I looked this morning. Well done.

Although we are not related, it’s nice to see my namesake get the most votes and win.

*Puffs out chest.
*Throws out back…

No big surprises in these results. It should be an interesting council if they all stay the course and no-one resigns. Was very happy that Ms Mutton will not be rejoining council and that Mr Percolides and Mr Vom Dorf did not get elected. Somewhat relieved that Gilchrist was not re-elected as trustee but that wasn’t unexpected.

and now it starts! I say congrats to all who put their time, money and reputations out in the open for all to see and critique. I was impressed by Karl’s and Miriam’s commitment to the overall process and their many positive opinions and suggestions. I look forward to a very different environment & culture; with these advances it is hoped that this will form the base for better decision making/outcomes.

I’m curious about why you were happy that those three did not get elected. Would you mind elaborating? Not that I necessarily disagree, mind you. I thought Percolides seemed too negative and angry, so I share your sentiment there. But with Mutton and Vom Dorff I don’t recall either of them being particularly off putting. Mutton’s answers and positions were a bit too vague and non-specific for me to have an opinion really, and I don’t know or remember much about Vom Dorff.

As for my own reaction to the election results, I’m reasonably pleased. I know Seguin is a competent person, but I suspect her focus on “strong fiscal management” is code for penny pinching and reducing services, so I voted Curtis. I’m sure Seguin will be able to handle the job requirements though, so it’s not all bad. Beyond that I think we did ok. Very pleased to see Beatty and Bureau and Darling get in, and while I have my reservations about Chorley, I’m willing to giver her a chance. Burchat is a welcome return as well.

I had unpleasant memories of Ms Mutton’s previous tenure on council. and didn’t find much to motivate me to change my opinion based on answers and positions this time around. As for Karl when I reviewed his website he had punctuality listed under skill set as his greatest strength…and that was enough to dissuade me from voting for him…which I realize sounds shallow but there you have it. In all honesty I preferred the other candidates based on platform/experience/instinct, and I wish I could have voted for 6 Councillors because I would have liked to see Travis Hoover get a seat. I agree with gerinator though, anyone who runs should be congratulated and thanked.

So you like lazy candidates that are late for everything – hmm