Downtown Cobourg was alive and in a Festive mood on Friday night.  Hundreds turned out to see the 23rd annual ceremony to turn on the lights.  The Legion Pipes and Drums entertained as did the girls from Jennifer’s Jazzitup Studio with their dance routine in front of Victoria Hall.  The empty store opposite Victoria Hall was filled with Christmas Market vendors as well as entries in the Gingerbread house competition (see photos and link below).  The temperature was just above freezing but cold enough to make the Market popular as a keep warm location.   As well as vendors and the Gingerbread Festival, a group of carollers entertained and Christmas characters strolled around both in the Market and outside.  Also spotted were Councillors Aaron Burchat and Brian Darling but others may well have been there as well.

Down second Street, there were also food trucks and a band playing Festive Music (when the Pipe Band was not).  Further along King Street, hockey nets were setup for Street Hockey planned to be played after the lights were on.

At around 6:30, the event was opened by Town Crier Mandy Robinson. York Bell-Smith then introduced MPP David Piccini who encouraged everyone to buy local. The DBIA’s Jenna Leslie and Rino Ferreri said that stores would stay open late and encouraged everyone to return to King Street after the lights were turned on.  Rino offered everyone free hats with the hope that they would also “like” Downtown on Facebook.  Santa made a brief appearance (photo at right) and was later seen in the crowd. York led a short count-down for switching on of lights on Victoria Hall then Deputy-Mayor elect Suzanne Séguin asked everyone to follow the Pipe Band down to the Esplanade.

They did that and at 7:00 pm, incoming Mayor John Henderson spoke to the crowd (although only those close enough could hear!) and York Bell-Smith led the countdown to “lights on” with 180,000 lights including 3000 on one 45 foot tree.  There are lights on trees all along the Esplanade and into Rotary park – see the photos below.  Remember to click any photo to enlarge and access the slide show mode.

Some Photos of Event 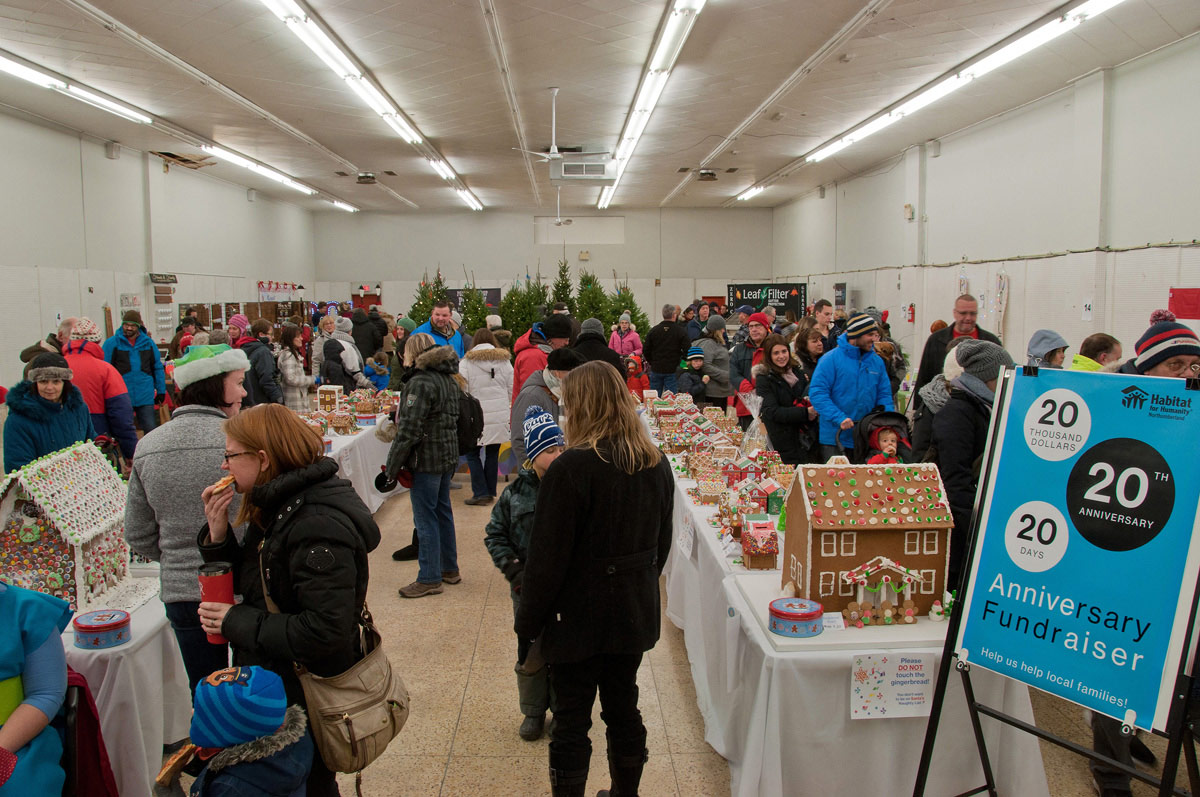 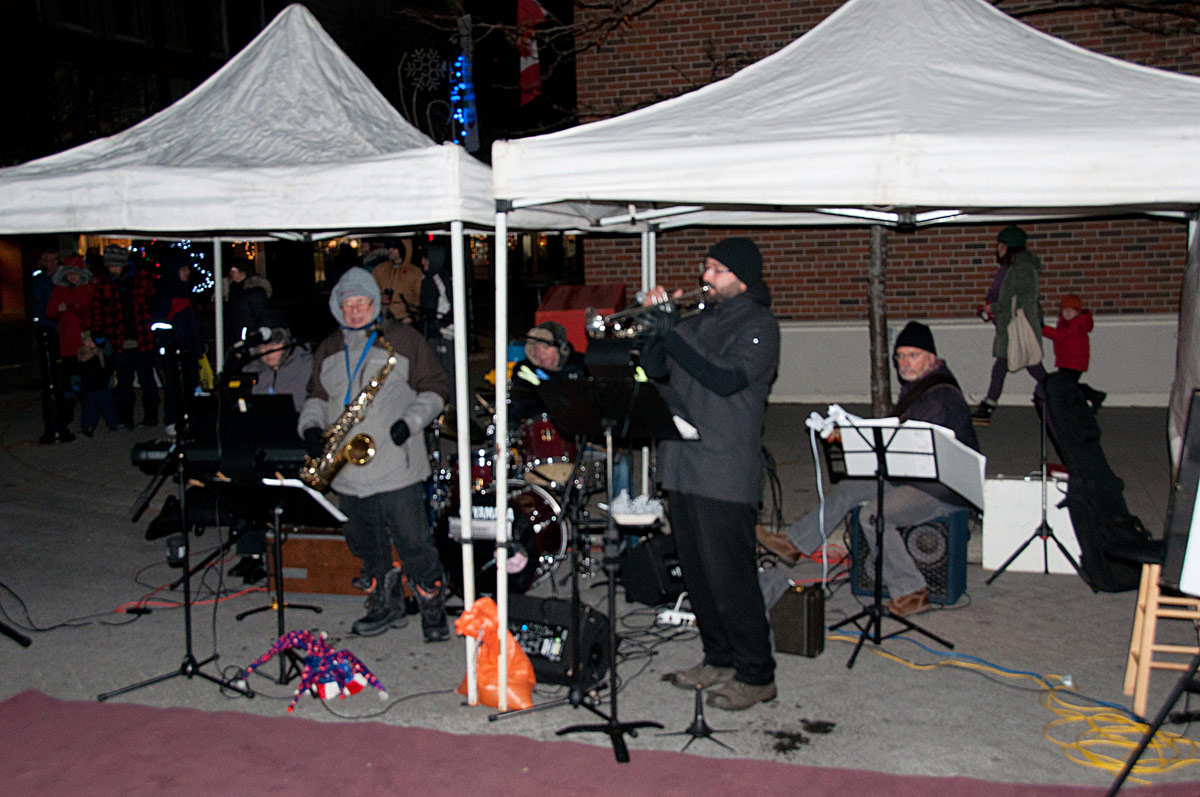 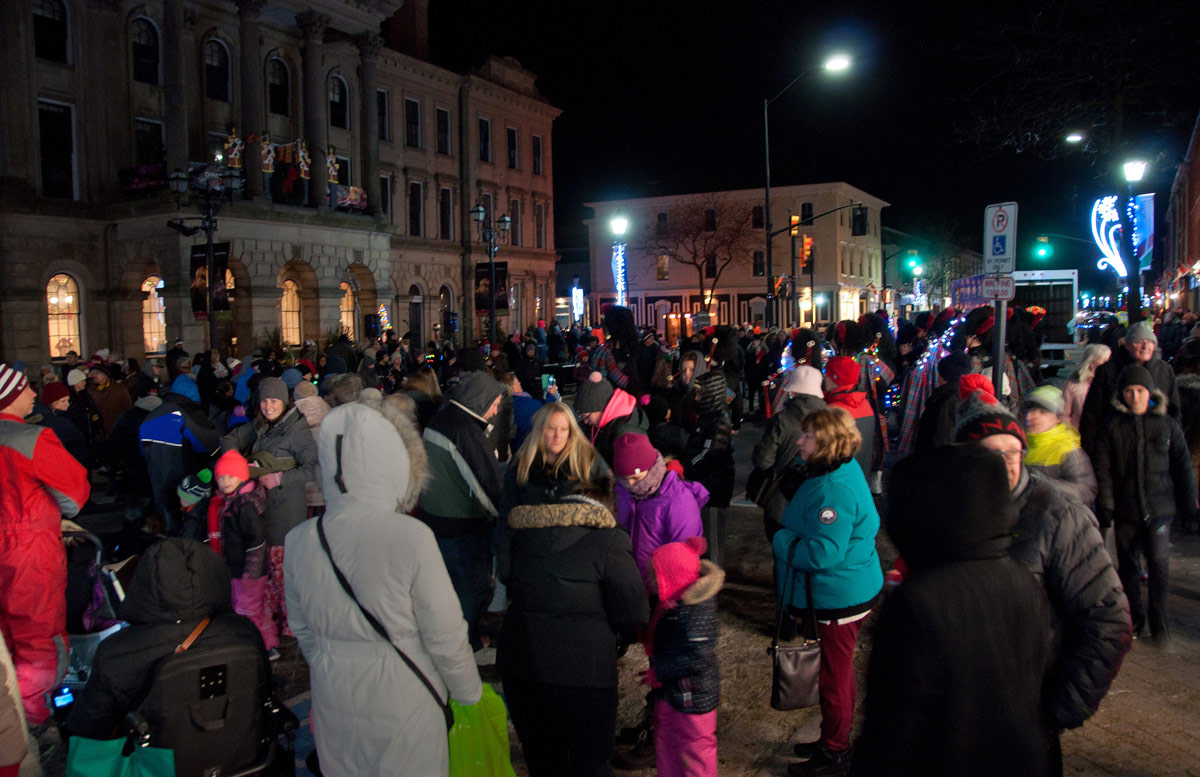 Some of the crowd on King Street Some of the lights - photo by Rick Miller

Does anyone have a contact re Christmas Magic? The lights are wonky. On during the day off at night, some on 24/7. Others not on at all. Spoils the magic when half or more of the lights are off. I realize volunteers are primarily responsible. Many thanks to them for the hard work. A phone number or email to let them know when there is a problem would be helpful.

Hi Gerald, I have sent an email to Jackie Chapman Davis, Cobourg’s Event Coordinator so that she can look into this. Thanks for letting us know. – Suzanne