At the Northumberland Hills Hospital this morning, M.P.P. David Piccini announced that the Province will be providing $242,000 in “surge funding” to provide four extra beds to help eliminate hallway treatment during the flu season (that’s likely until the Spring).  David said that “one patient treated in a hallway is one patient too many” and “this move will reduce the strain on the health care system in advance of the upcoming flu season.”  In introducing David, NHH CEO Linda Davis said that just this morning, there were 11 people in the Emergency Department waiting for an inpatient bed.  The total bed count of the Hospital will increase (albeit temporarily) from 108 to 112. Also announced was additional Province wide funding for long-term care beds.

In the photo at right is NHH CEO Linda Davis with M.P.P. David Piccini.  The announcement was well attended with County Warden John Logel there together with Mayor John Henderson, Deputy Mayor Suzanne Séguin, councillors Adam Bureau and Brian Darling.  Newly elected councillor Larry Williamson represented Hamilton.  In attendance were NHH Board chair Dr. Beth Selby, several Foundation board members and there was good media coverage.  See the photos below. 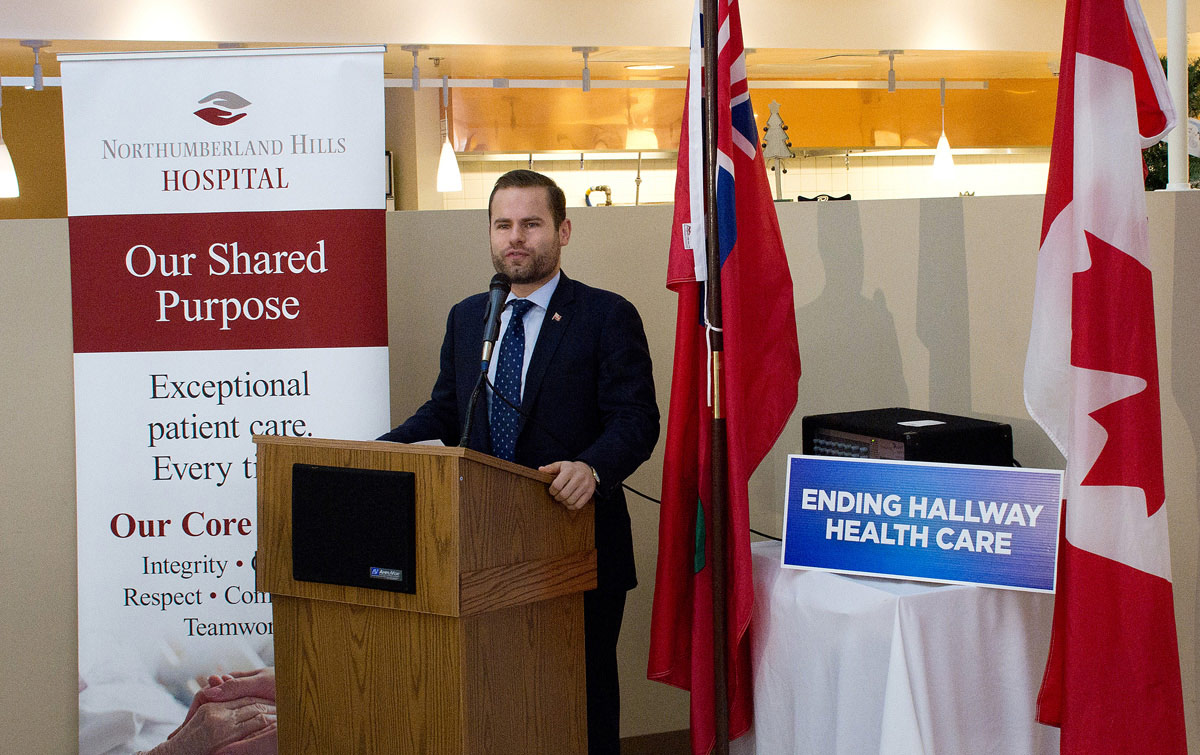 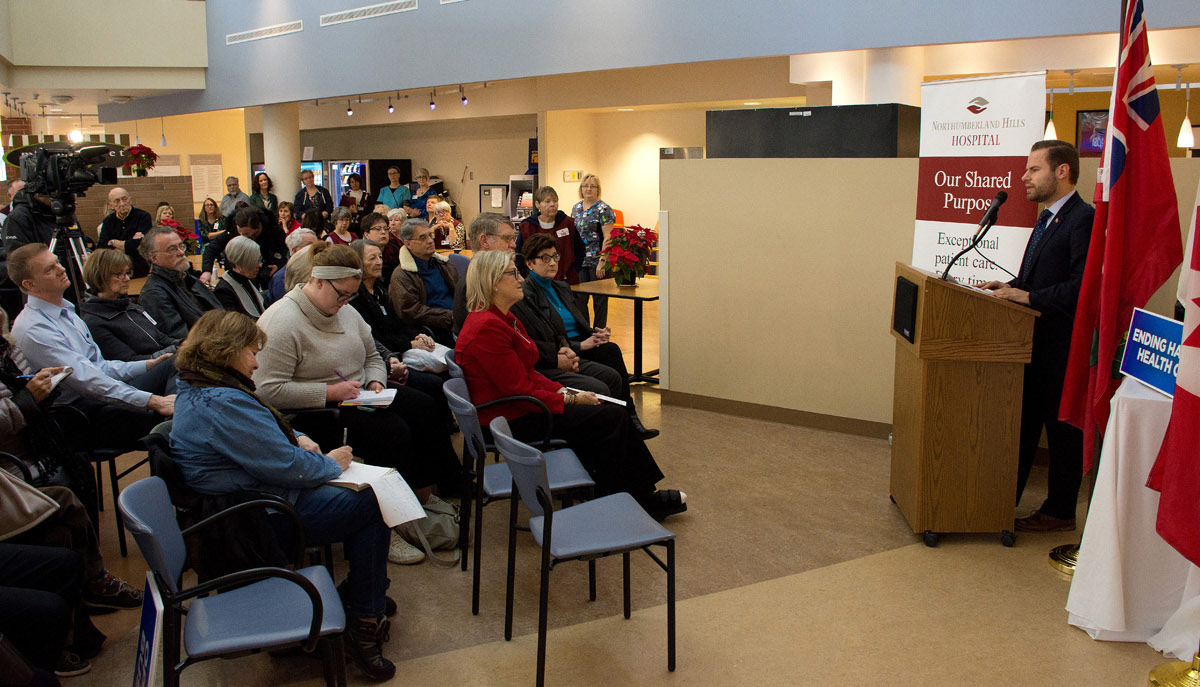 NHH announcement - some of the audience

My husband was at NHH from Dec 5th to 8th. He had to wait in the ER dept for a bed for a day, but eventually got to a bed in 2B. We were very impressed with the care he received. I guess the flu season started after he left, thank goodness! I heard the doc say that the men in the next bed had pneumonia, hope he wasn’t contagious. I’ve heard of another person with pneumonia who spent 3 1/2 days in the ER dept, but was sent home because there were no beds available. So FOUR new beds will help.
Also the long term care beds are really needed.

Why does it cost this much for 4 beds, what am I missing here? That is a lot of money!

Probably has to do with our politicians / government are running the health program. We all know what a success they have had in any government venture.

Compared to the US private run system , it is cheap here, a friend had a knee replaced in California, the bill was $130,000 US, That was 3 nights in the hospital

Marvelous
I didn’t think we had any vacant rooms left unoccupied and able to accommodate 4 new bed s
how long will these 4 new beds remain open or is this just a Flu season thing any idea ?