It must be getting close to Christmas because the latest fundraiser had a Christmas theme – that’s if Reindeer count.  The YMCA and the NHH Foundation jointly sponsored a Reindeer run in Victoria Park this morning (that’s Saturday December 1st).  There were about 150 participants in 4 events all starting at around 9:30.  The first was for toddlers who just wanted to join in; the second was a 1km Reindeer dash for kids (they followed a costumed “reindeer”) and the other two were a 3km and 5km run although many participants took it easy – walking or even strolling with a stroller.  The route for the runs is shown in the map below and the photos give an idea of the event.

For some reason, my trusty camera decided to die so photos of the registration in the Lions Pavillion died with it.  The photo at right and those below are from my phone.

After the race, the Dutch Oven provided catering at the Lions Pavilion where draw prizes were handed out and results of races announced including the coveted Rudolph Award for the 9th finisher in the 5K, 3K and 1K Reindeer Dash! 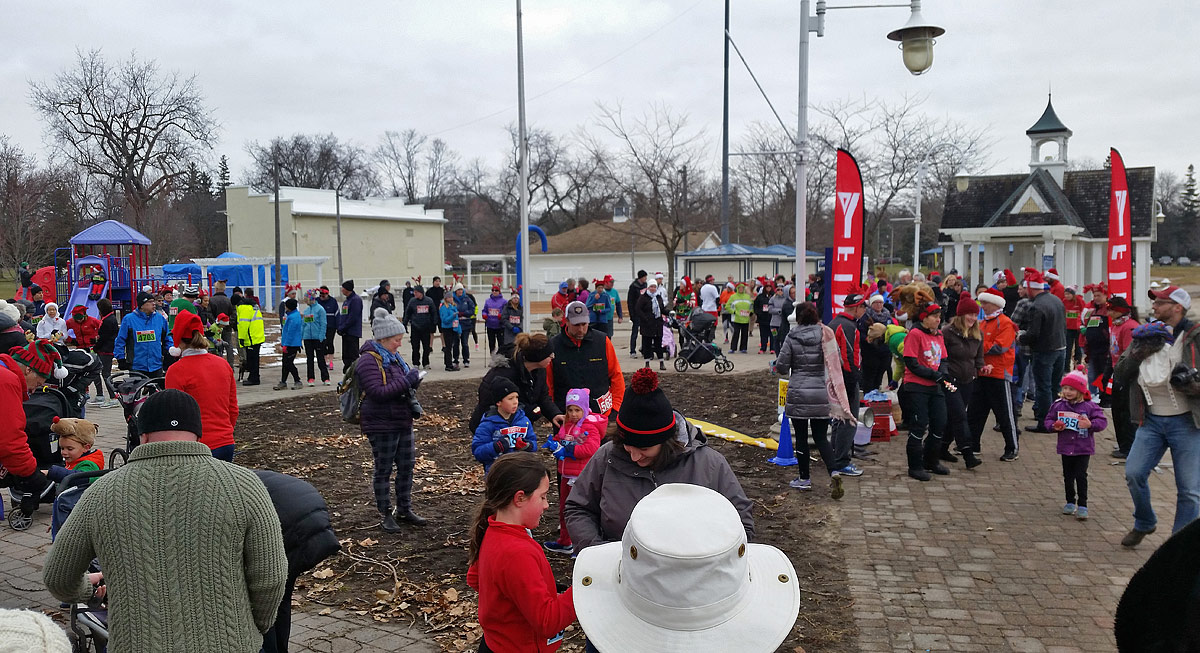 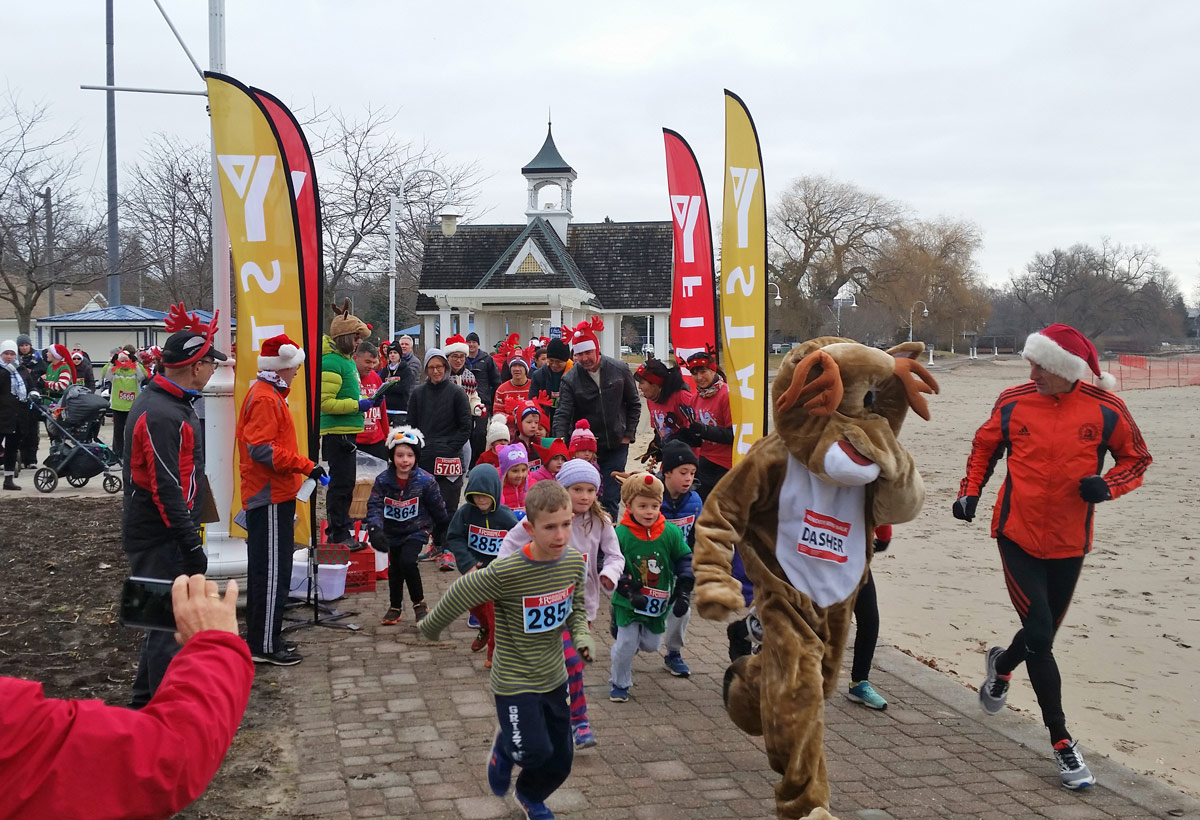 Race Director Anne here…thanks for coming out and covering the 2018 Reindeer Run/Walk! We ended up with about 185 participants – a huge record for the event! Dasher, our mascot reindeer was a huge hit with the kids. The reason why you saw some runners and some at a more leisurely pace, is that it’s both a run and walk, in the spirit of encouraging participation. Hope to see you out at next year’s event, the first Saturday in December as always – Saturday, December 7th!

Hope you manage to revive your camera, John. Thanks for your coverage of all of these events. Your followers appreciate the work you do.

My camera is dead – a new one is on order and may be a week or so. I will use my phone’s camera in the interim.

Hey John, given your efforts on our behalf I suggest a little crowd funding is appropriate. I’m donating 20$ toward John’s new camera. Thanks for all you do.