The new centre for innovation and technology entrepreneurs had its grand opening on Thursday.  All councillors were there with Mayor Brocanier acting as MC.  MP Kim Rudd, MPP Lou Rinaldi, Police Chief Kai Liu were there as well as project prime movers CFDC executive director Wendy Curtis and CAO Stephen Peacock.  The idea for the project was first aired at Council in May 2017 but funding from the Federal Government and Fleming College helped get the project going with tenders let in December 2017.  The second floor will be occupied by the Cobourg Police Business Services unit that is planning to expand and will fully fund their portion.  The speeches were kicked off by a video from Hon Navdeep Bains, Minister of Innovation, Science and Econ0omic Development – see video below.

Kim Rudd said that “The jobs of tomorrow are being created here …under one roof”.  Wendy Curtis (arguably the driving force behind the project) said that we need Innovation because we must “Adapt or be left behind”.

The facility is already operating and houses the offices of CFDC, Cobourg’s Economic Development department, the offices of NMA and will soon house the Police Business Unit on the second floor.  There are also several entrepreneurs operating in the building and a number of training sessions are already booked.  So far 200 events, meetings, interactions, workshops and seminars have been booked.  Twelve companies have already committed to taking advantage of the facility.

Apart from offices for staff, there are three separate components:

MakerLab is a full service lab equipped with cutting edge equipment for prototyping and engineering, including custom desktop manufacturing and 3D printing. Microfactory production by hardware start up clients happens during the day and makerspace activities during extended hours.

Innovation Commons is a community space that offers public access to an 80-seat Lecture Hall with adjoining seminar rooms for break-outs, workshops and other applied and hands-on learning opportunities.

There are several partners:

(For a breakdown of funding, see article on Entrepreneurs get Major Boost in Cobourg – link below)

As a “high tech” facility, access to high speed Internet via fibre is important and that is provided by Lakeshore Utilities.  CEO Dereck Paul also announced that Lakeshore Utilities will be installing solar panels on the roof and that is expected to provide 35% of energy required by the building.  An electric vehicle charging station has been provided in the parking lot and is powered by Solar Panels.

Given the early success in using the space, it looks like the venture will be a long term success.  I spoke to the operator of VR Headspace who use MakerLab to develop a Virtual Reality Lift Truck that he uses for training operators in difficult conditions.  He was very enthusiastic about his future because of the help provided by Maker Lab (see photo).

The Police Business Unit on the second floor have not yet moved in.  They are setting up a secure computer server room and furniture has been delivered but is not yet in place so move in date is not far off. Chief Kai Liu said that the move would not cause a gap in activity.  He gave some statistics of growth although the numbers for 2016 and 2017 were not disclosed.

They plan to add additional services which would explain the jump in the future.

Video shown at start of Ceremonies 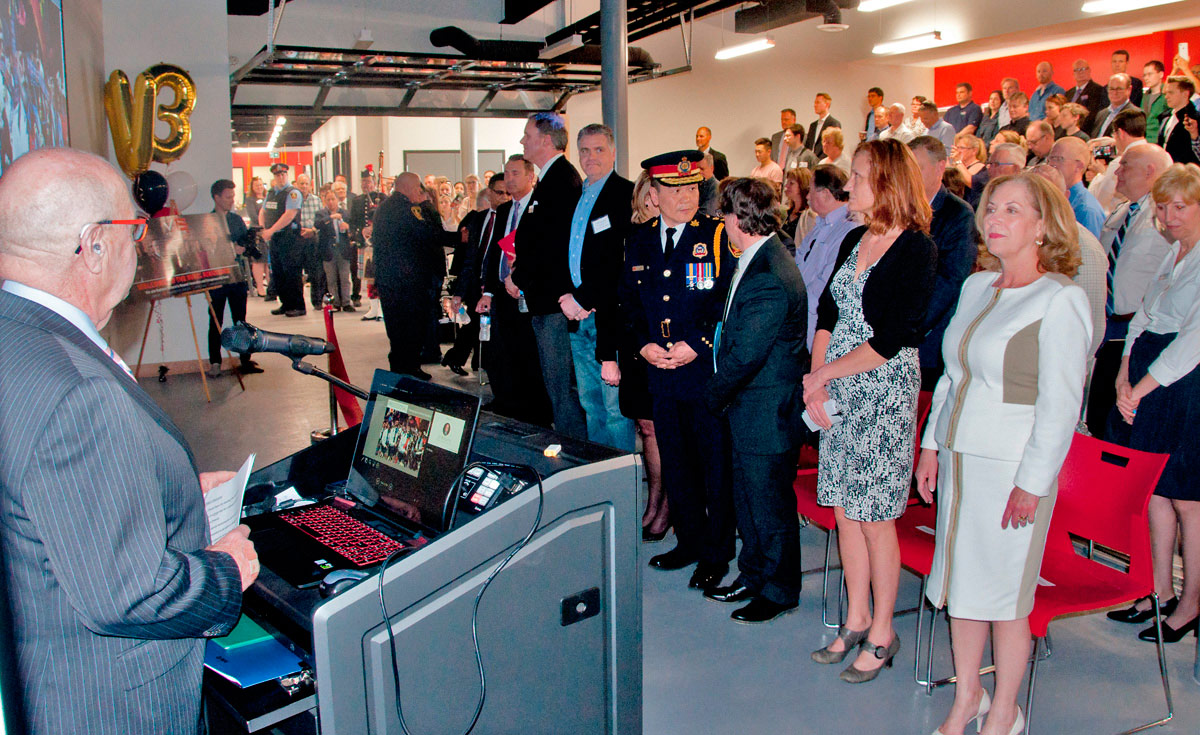 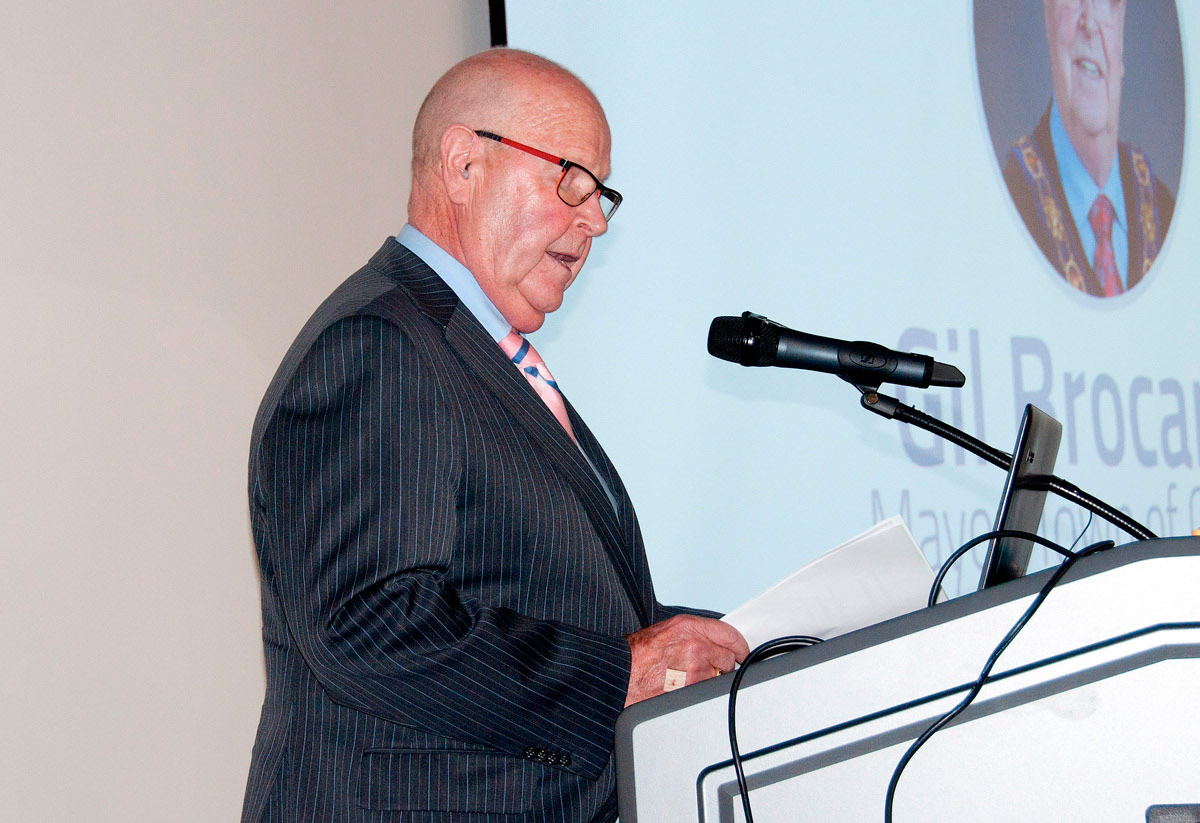 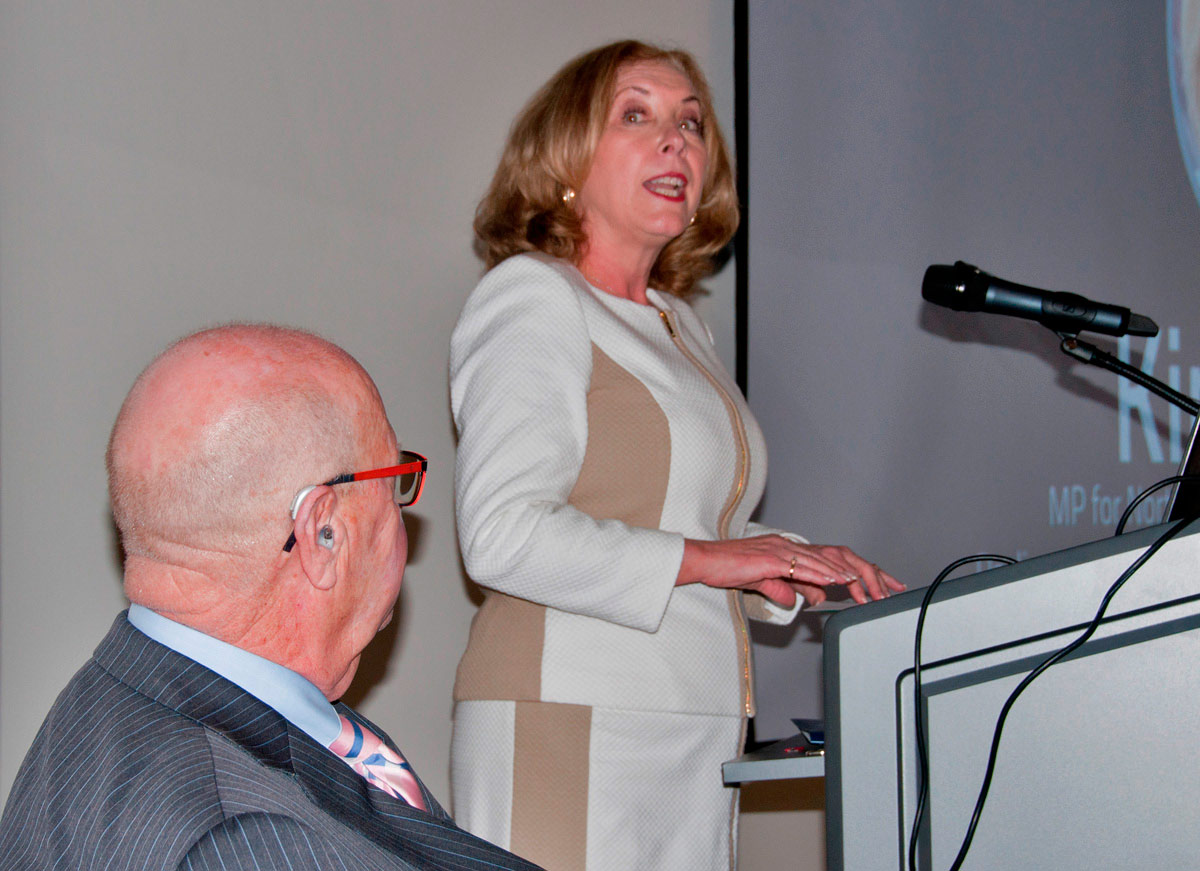 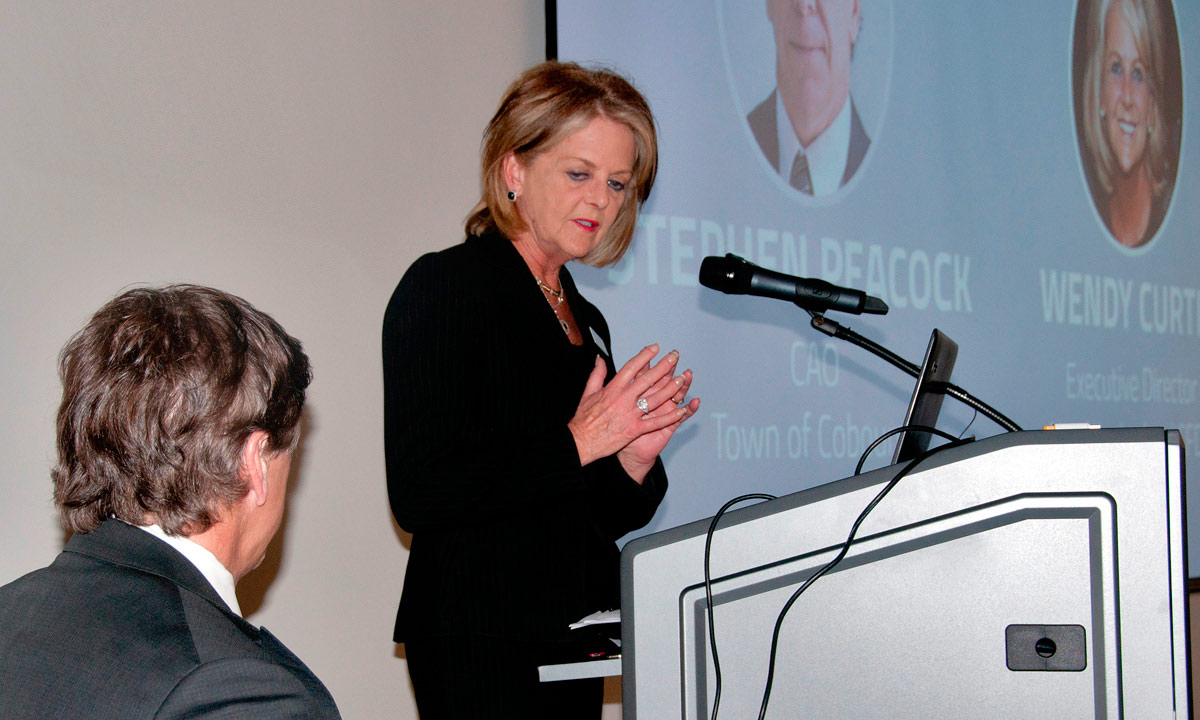 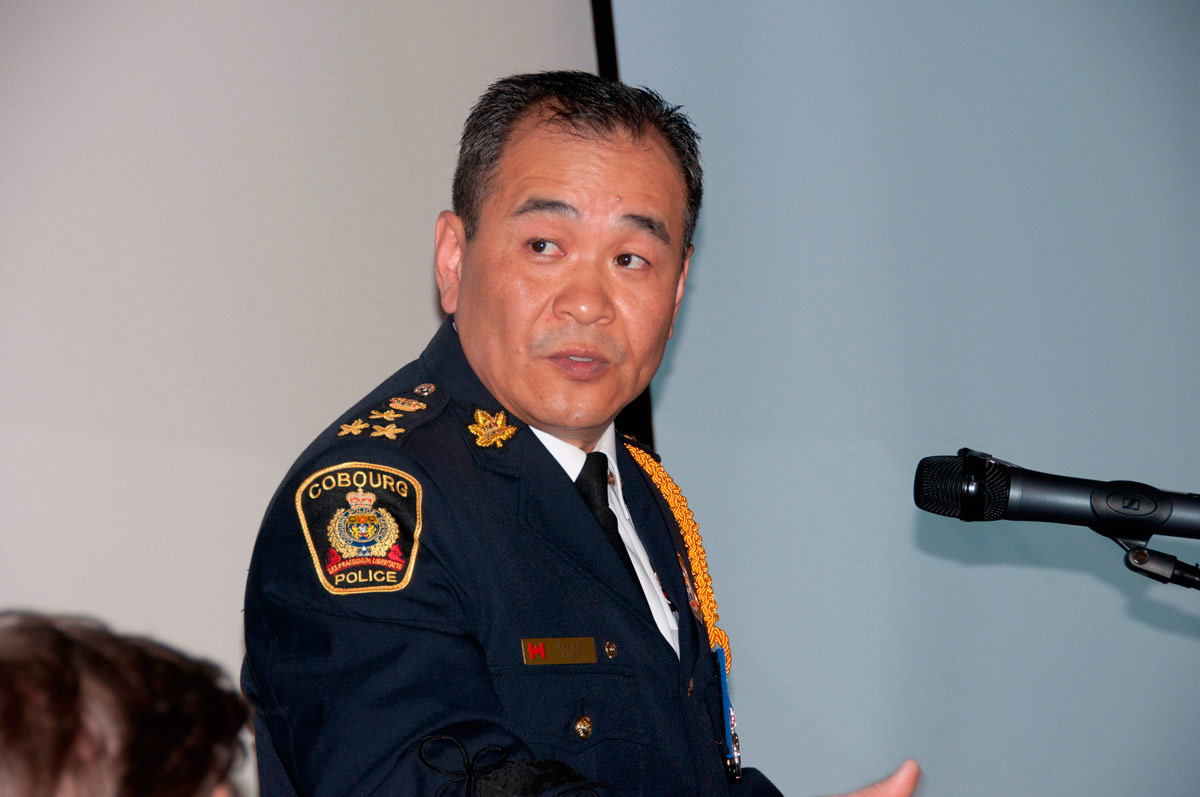 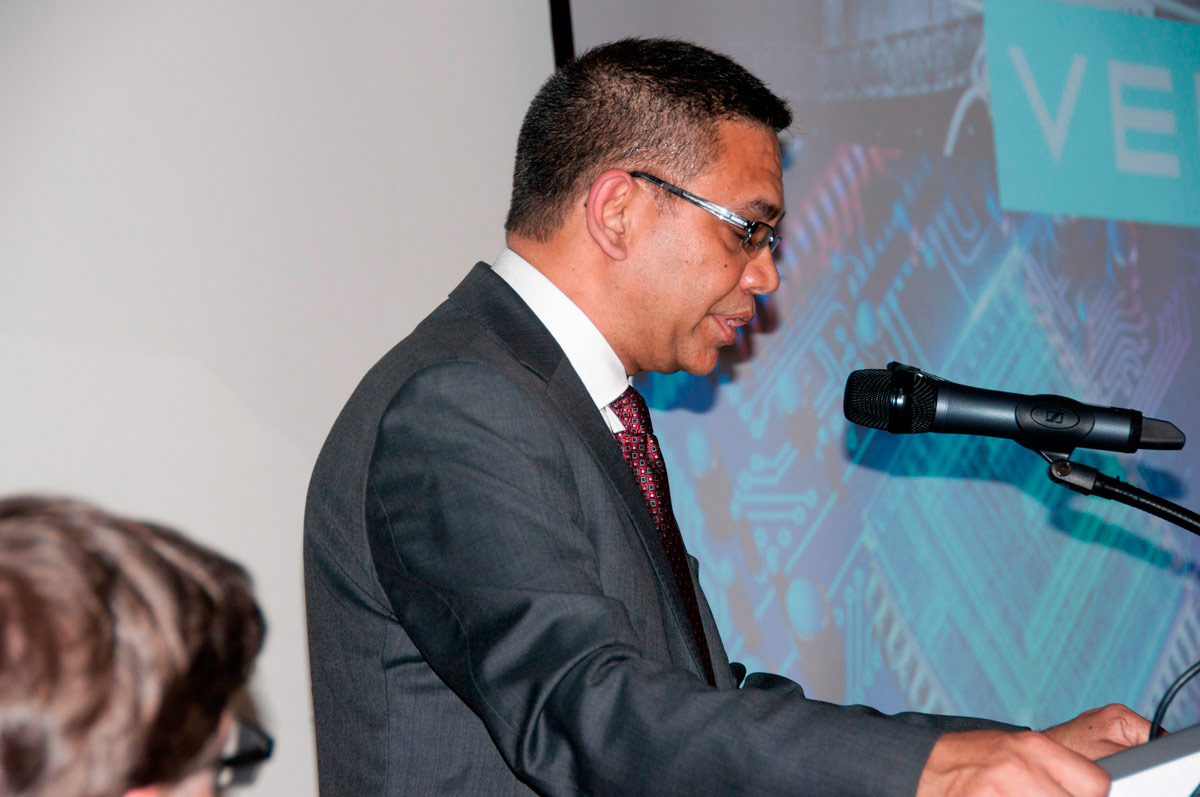 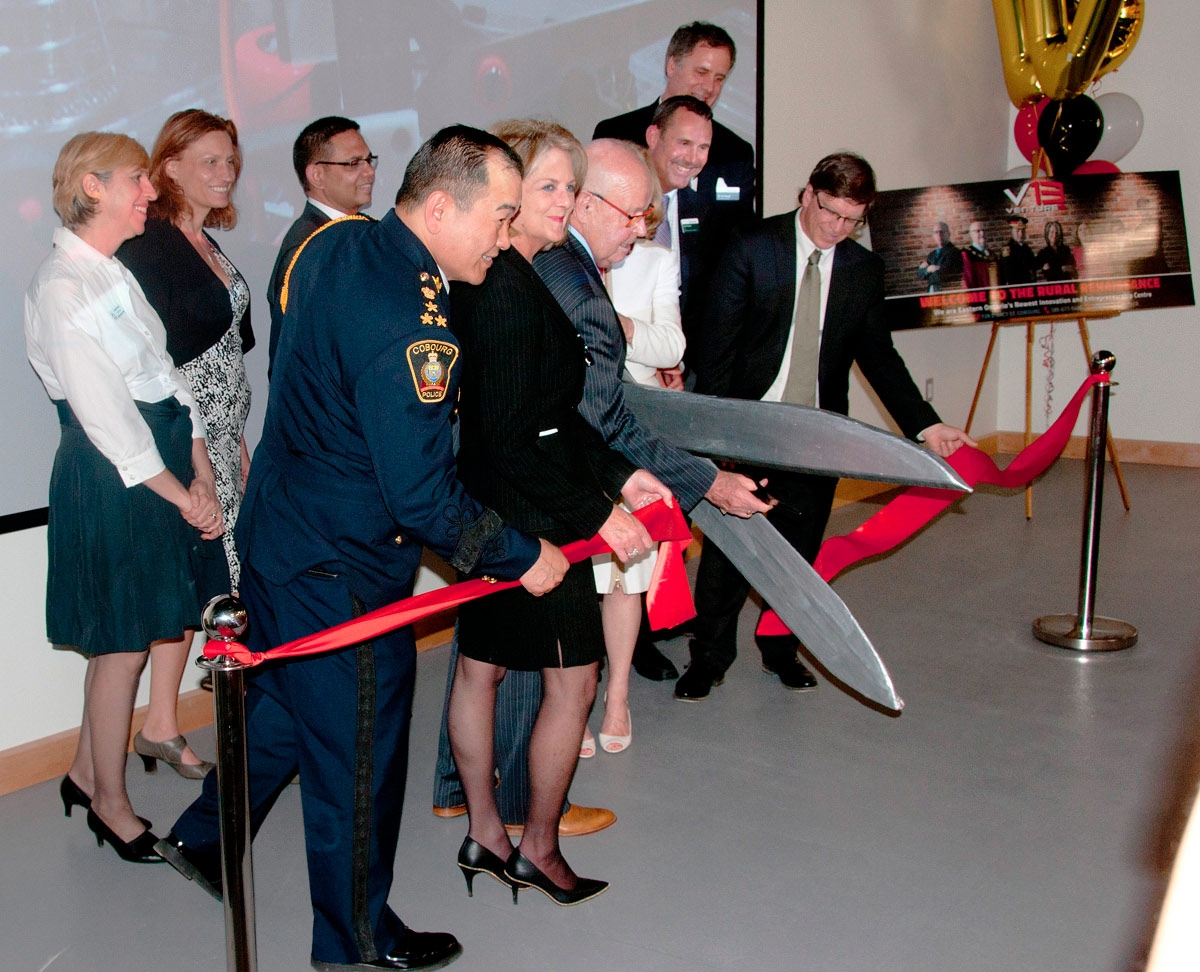 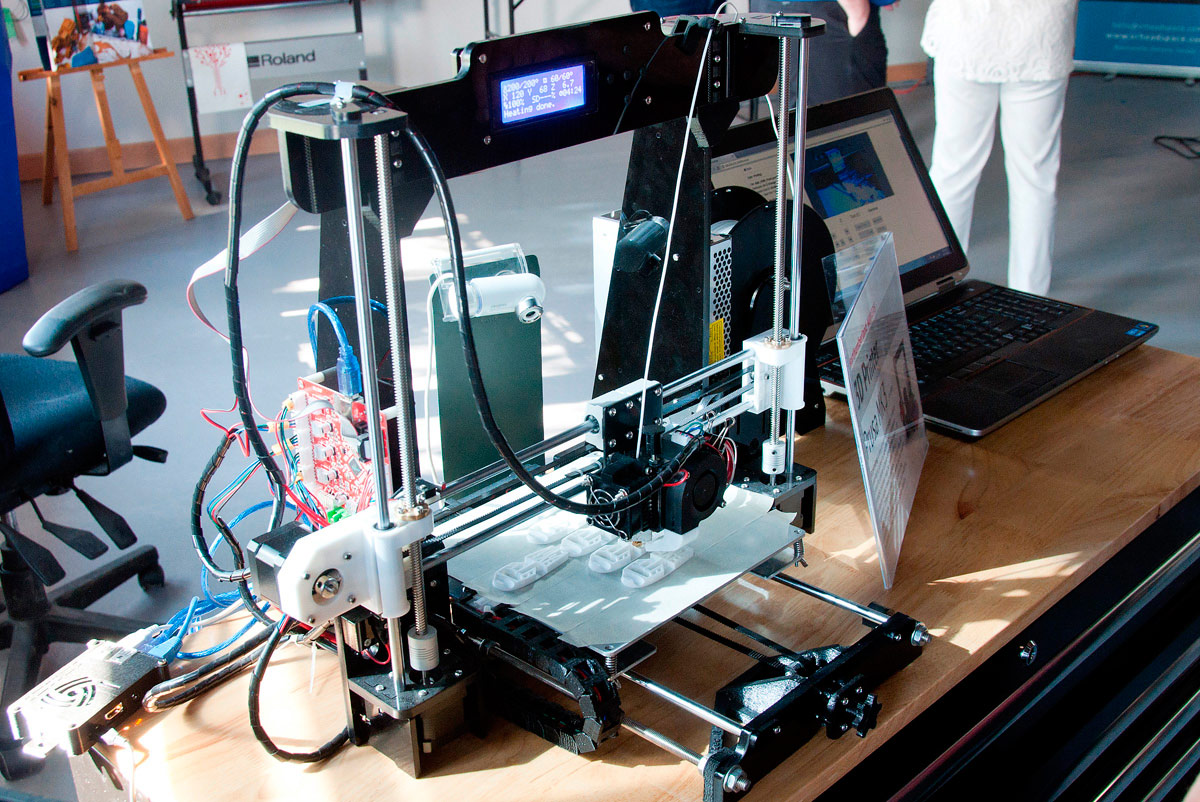 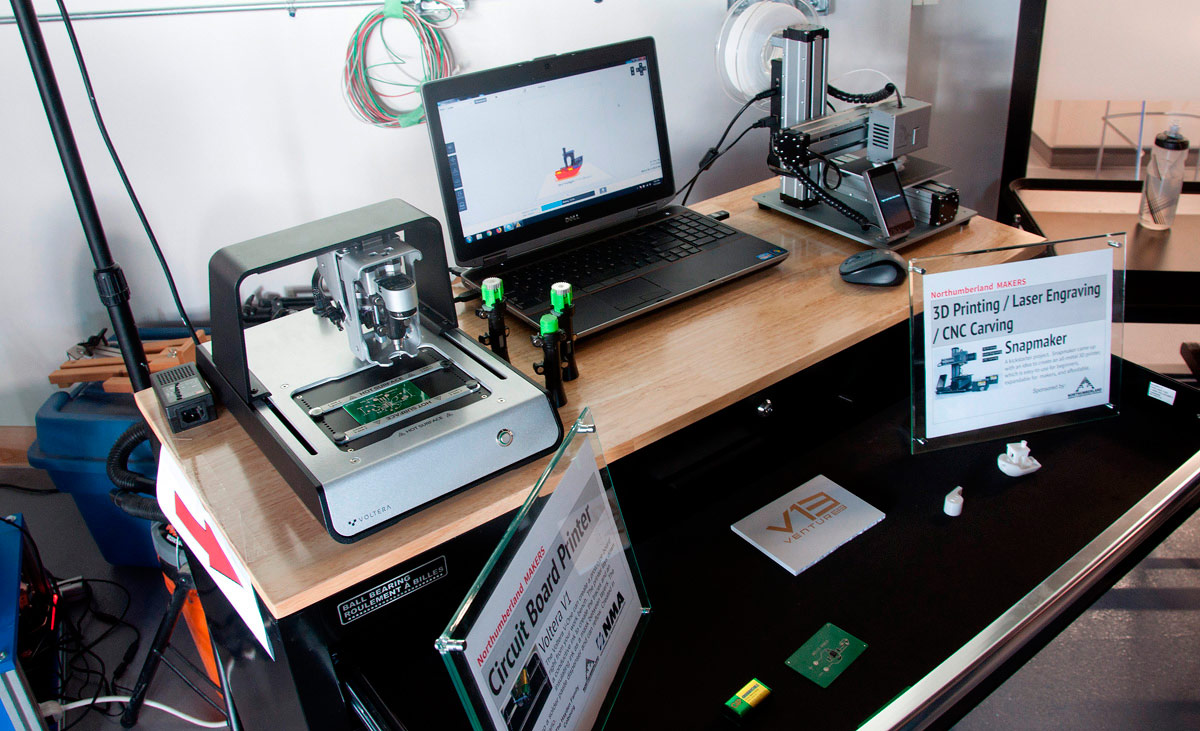 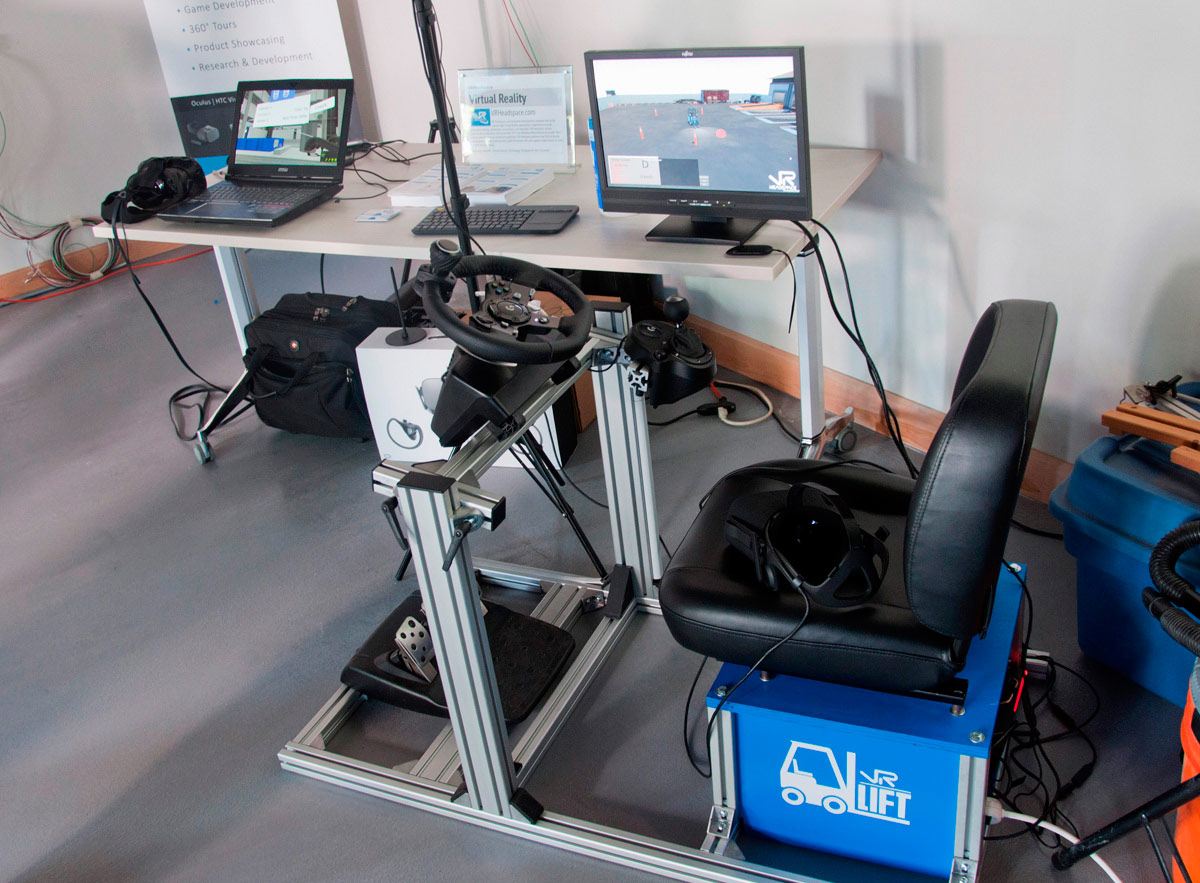 Video Shown at the end of Opening Ceremonies

For information on floor plans and Funding, see these links.

I would love to see Derek’s math on the $500,000 electricity savings per year from the solar panels on the roof of the Venture 13 Building.

I was so impressed with this new facility. Definitely something Cobourg and all those involved can be very proud of.

How much did the free drinks, hors d’oeuvres, food cost? Who paid for it?