Probably not a record, but a lot was happening on Sunday.  On a perfect summer day, Cobourg’s Victoria Park was host to the 25th Anniversary Lakeside Antique and Classic Car Show organized by the Great Pine Ridge Region of the Antique and Classic Car Club of Canada.  There were around 200 cars ranging in vintage from the early 1900’s to the 1990’s.  On the beach, as well as regular beach goers and sun-lovers, there was competitive beach volleyball staged by the Ontario Volleyball Association.  Despite the large number of competitors and onlookers, there was plenty of room for others.  The high lake water levels were not a problem although some may have stayed away fearing a problem.  The third event was the Ontario Singles Youth Championships hosted by the Cobourg Lawn Bowling Club – although I didn’t see a significant audience for that.

Entry cost $10 but there was no fence and spectators were free.  Cars were arranged by decade but personally, I liked the really old cars and the “foreign ones” – but that may just be me. If you look at the photos below, you’ll see some of my favourites.  The cars could win prizes but they were not judged by professional or club judges.  Instead, anyone who entered a car could vote for their favourites in multiple categories.  Peer judging I would call it.

Beach Volleyball and the Beach

In 2017, some of the beach volleyball had to be moved away from Cobourg but that has not happened this year.  Throughout the 2019 season, there has always been enough beach for the competitions to be held.  They like Cobourg’s Beach – they will be returning next week.  The judges have tents at the north side and spectators line up at the lower end – but they leave plenty of room for others.  The Auxiliary police, both walking and on a Segway, were conspicuous (overdressed for a beach) but I didn’t see that they found any problems.  I noticed that the half-round tent gizmos are popular this year – some seemed to be closed up although I thought closed tents were banned.

The Ontario Singles Youth Championships were held on both Saturday and Sunday.  The age group was 12-18 with 21 youths from across Ontario competing.  The winners will automatically qualify for the Canadian Youth Championship in Juan de Fuca BC between August 6th and 10th.

But pictures are worth a thousand words so here are 14.  As usual, you can create a slide show – start by clicking any picture. 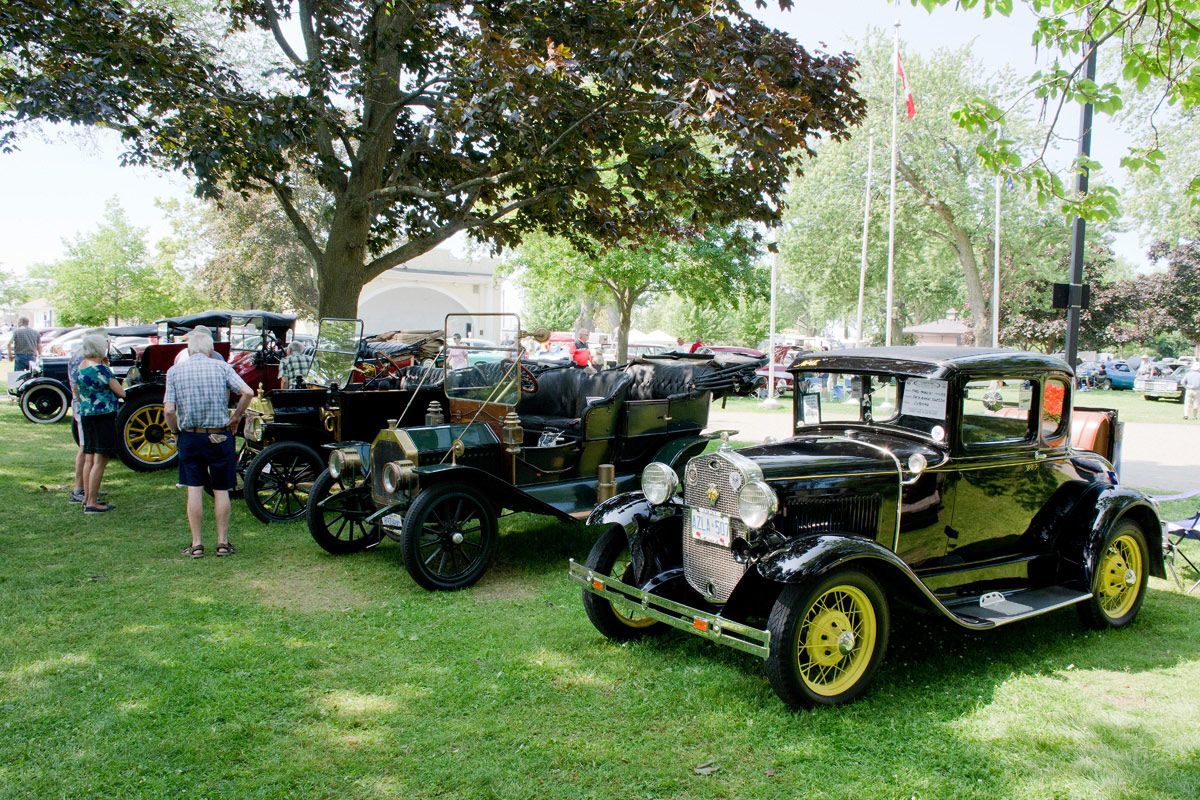 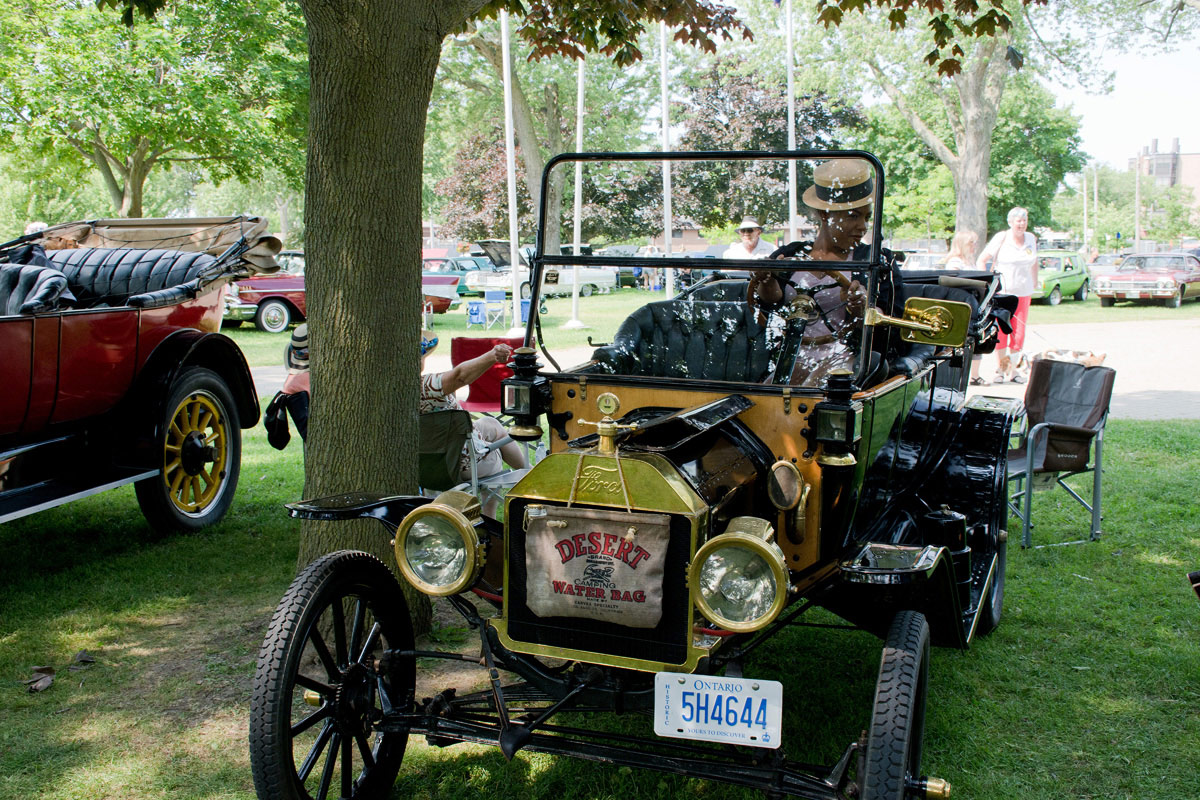 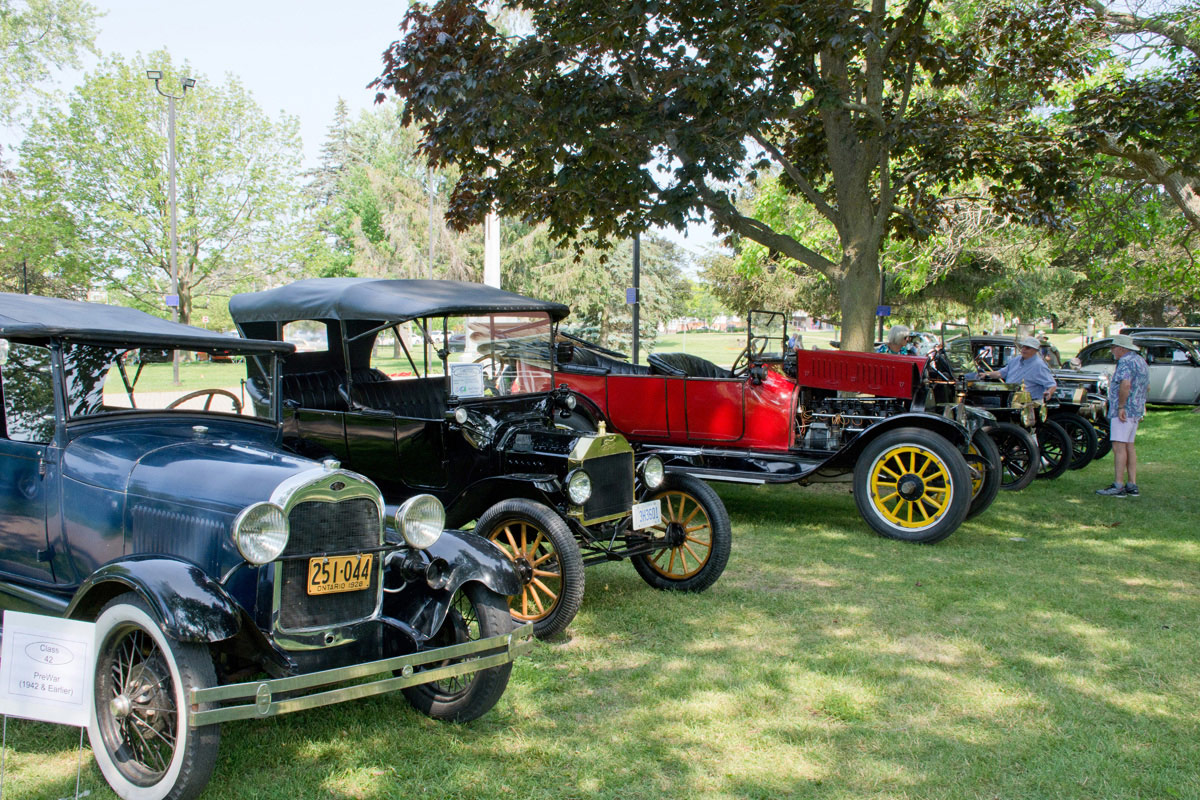 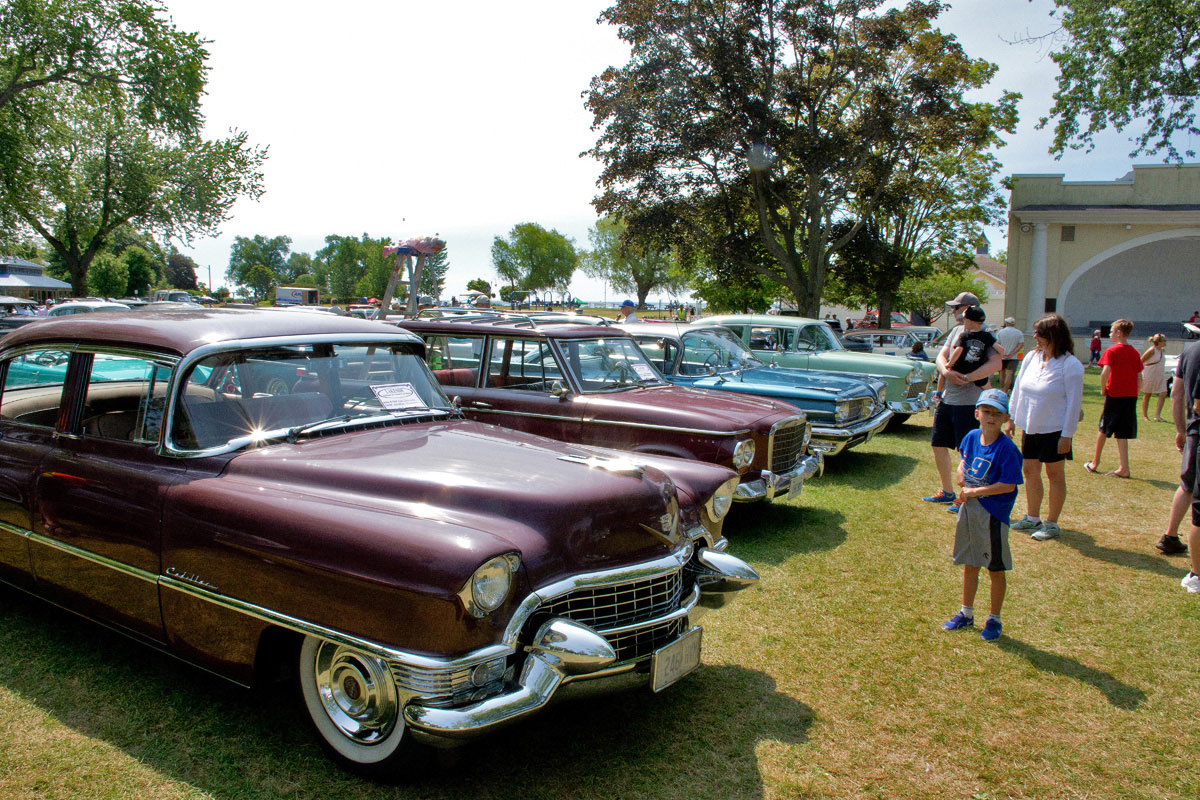 Not quite as old 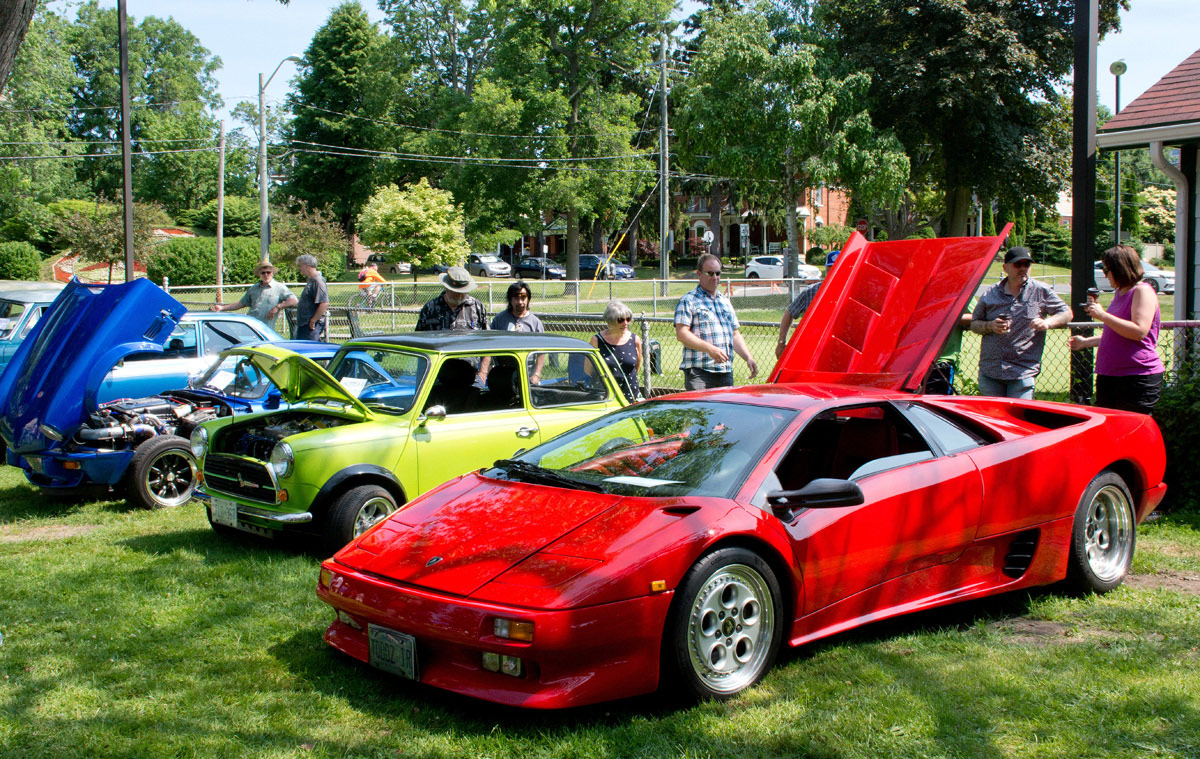 78 Triumph, 78 Mini Cooper and a Lamborghini 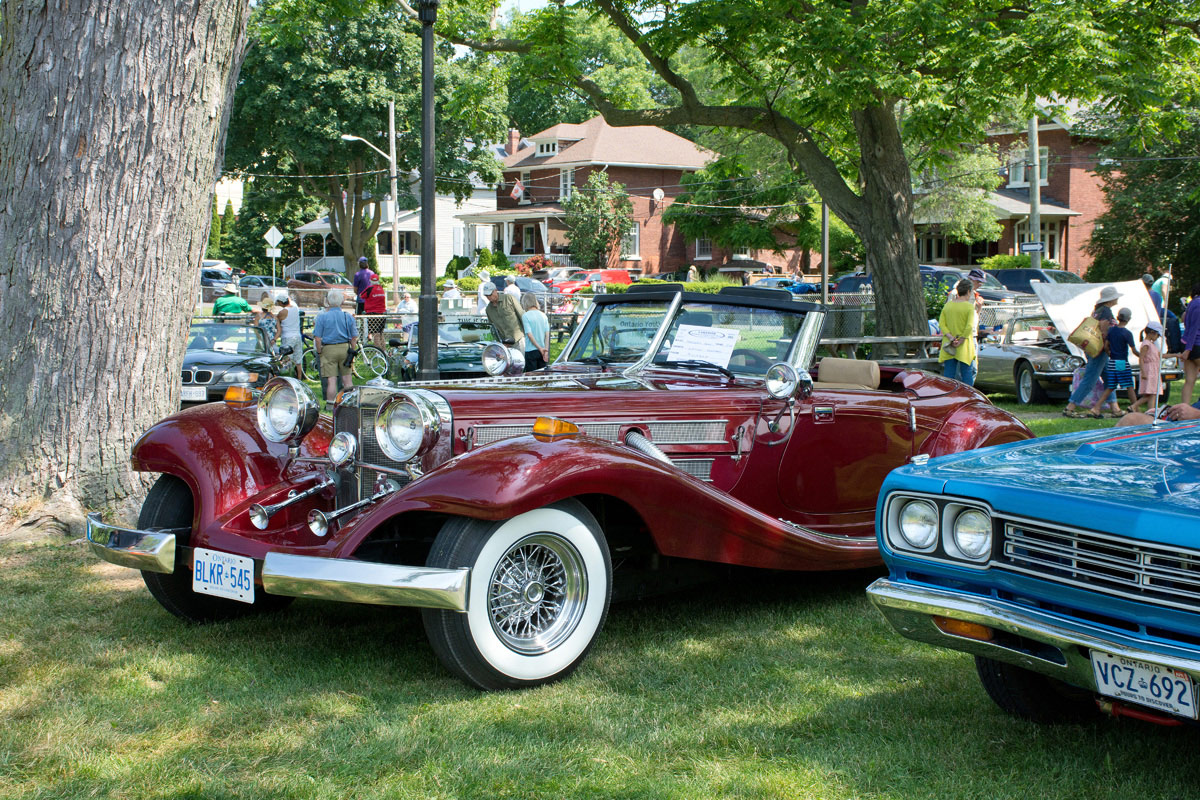 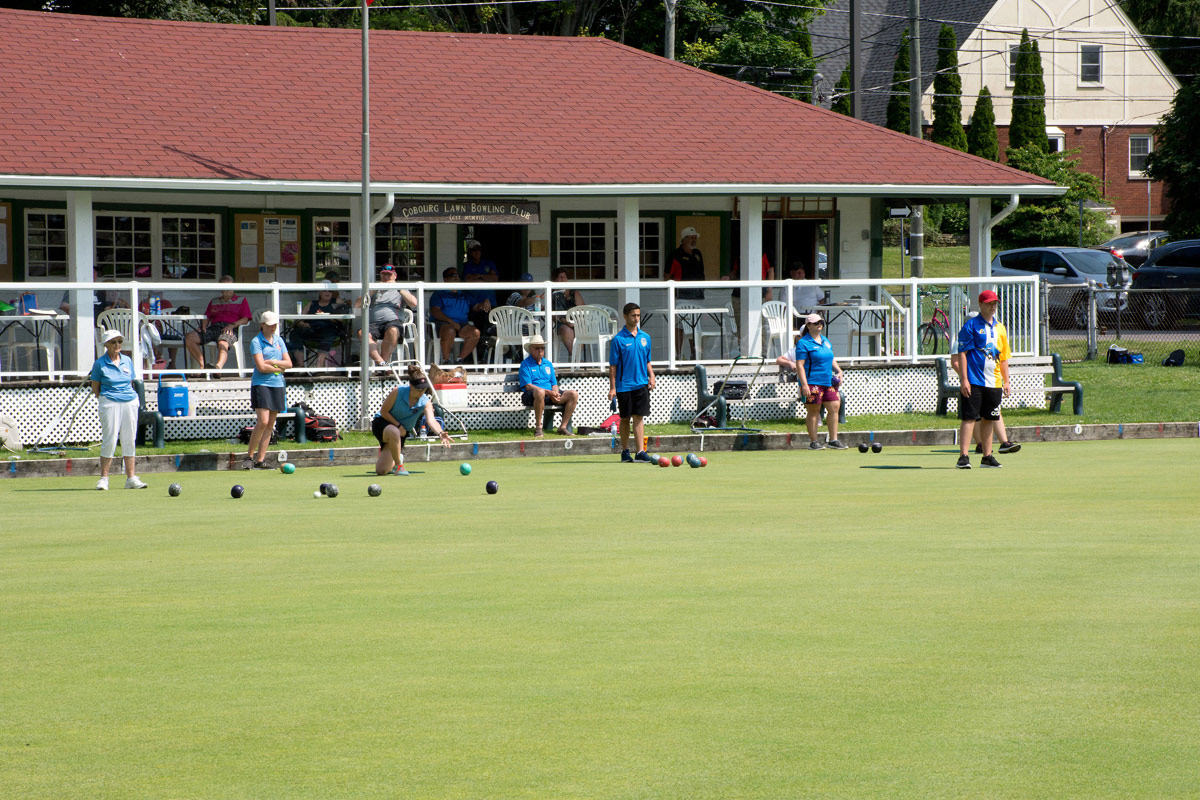 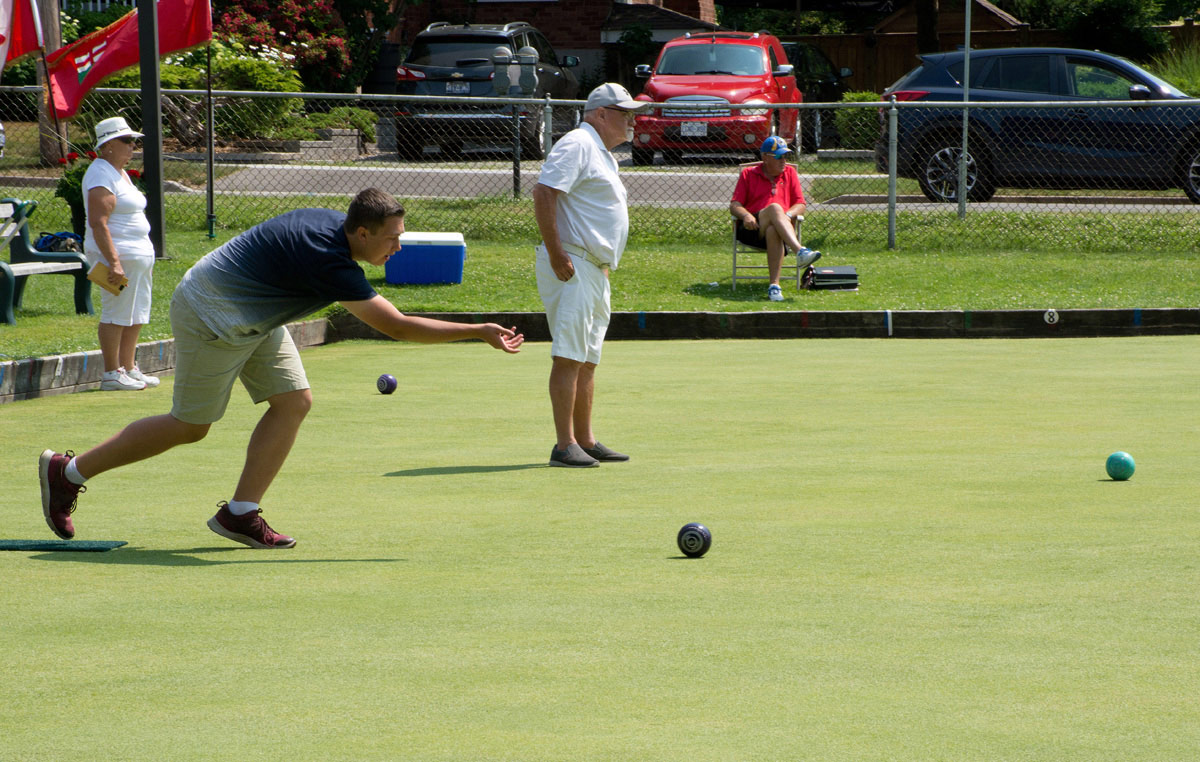 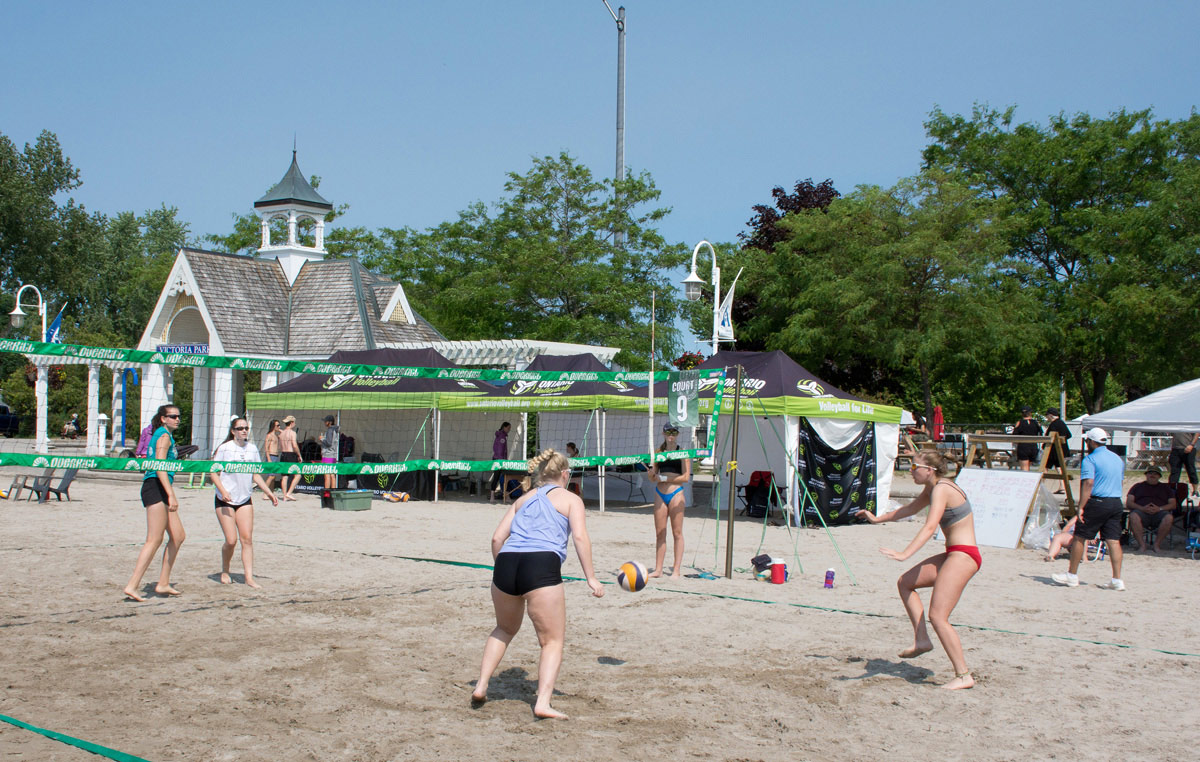 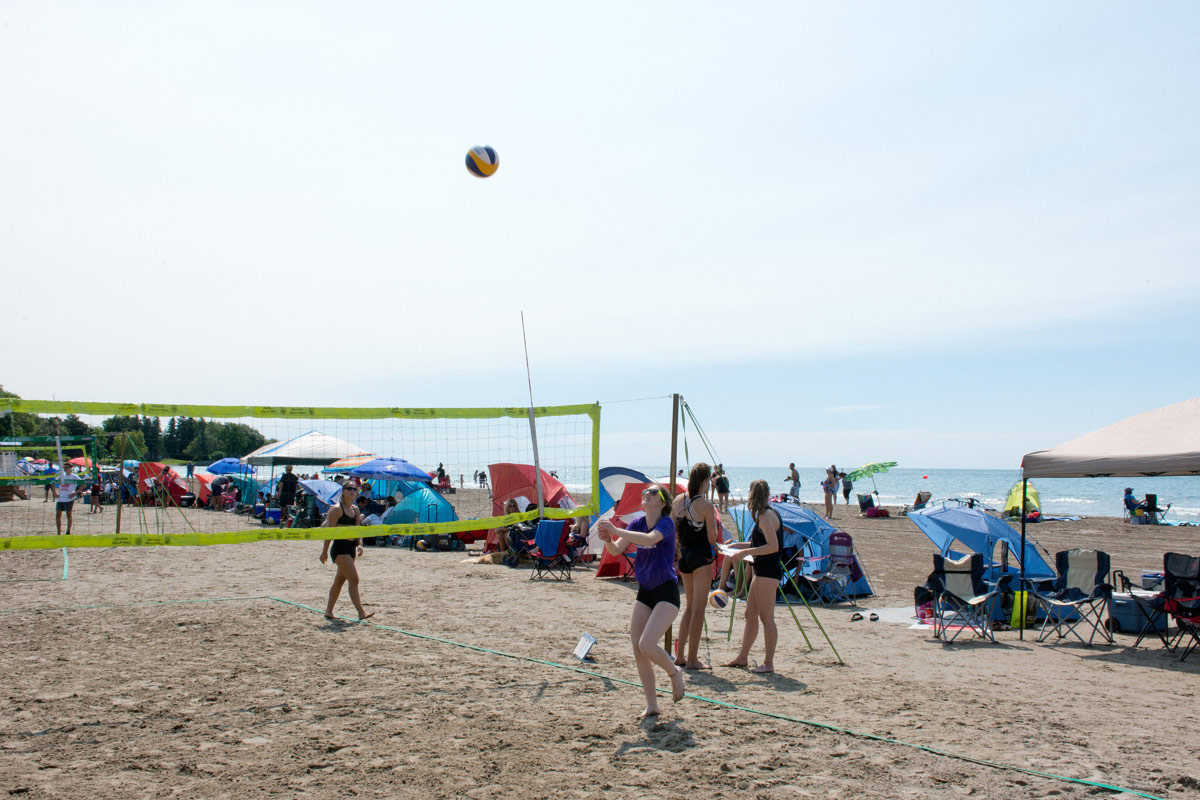 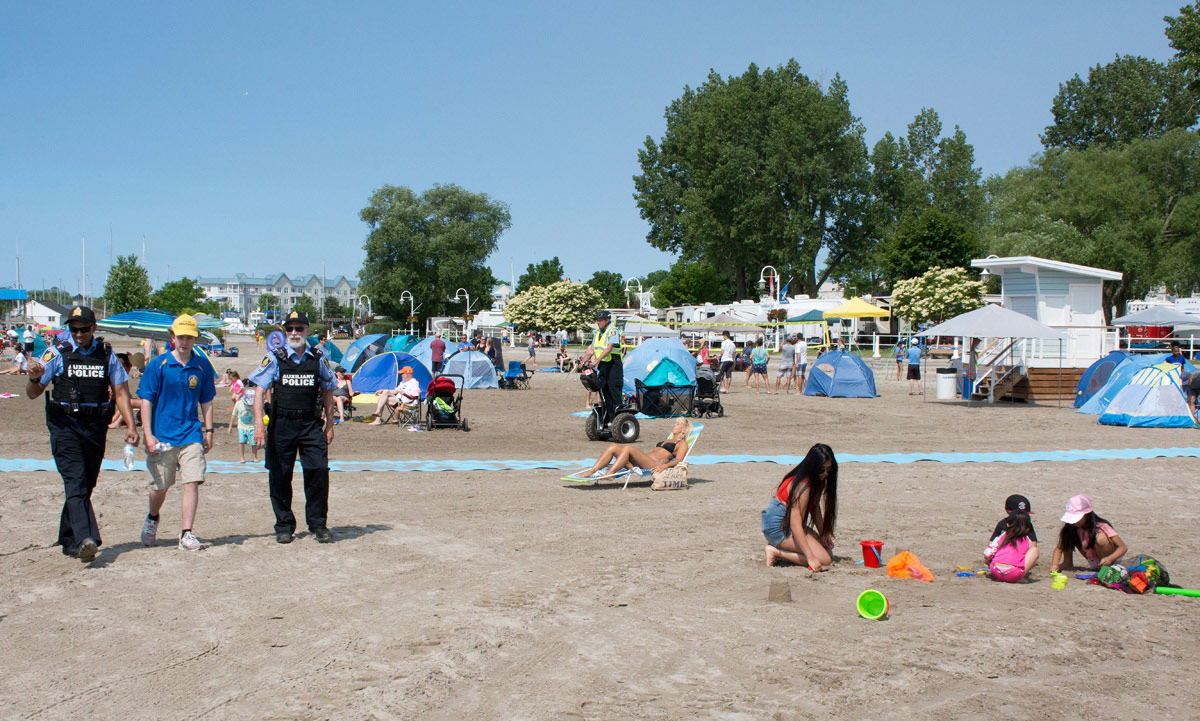 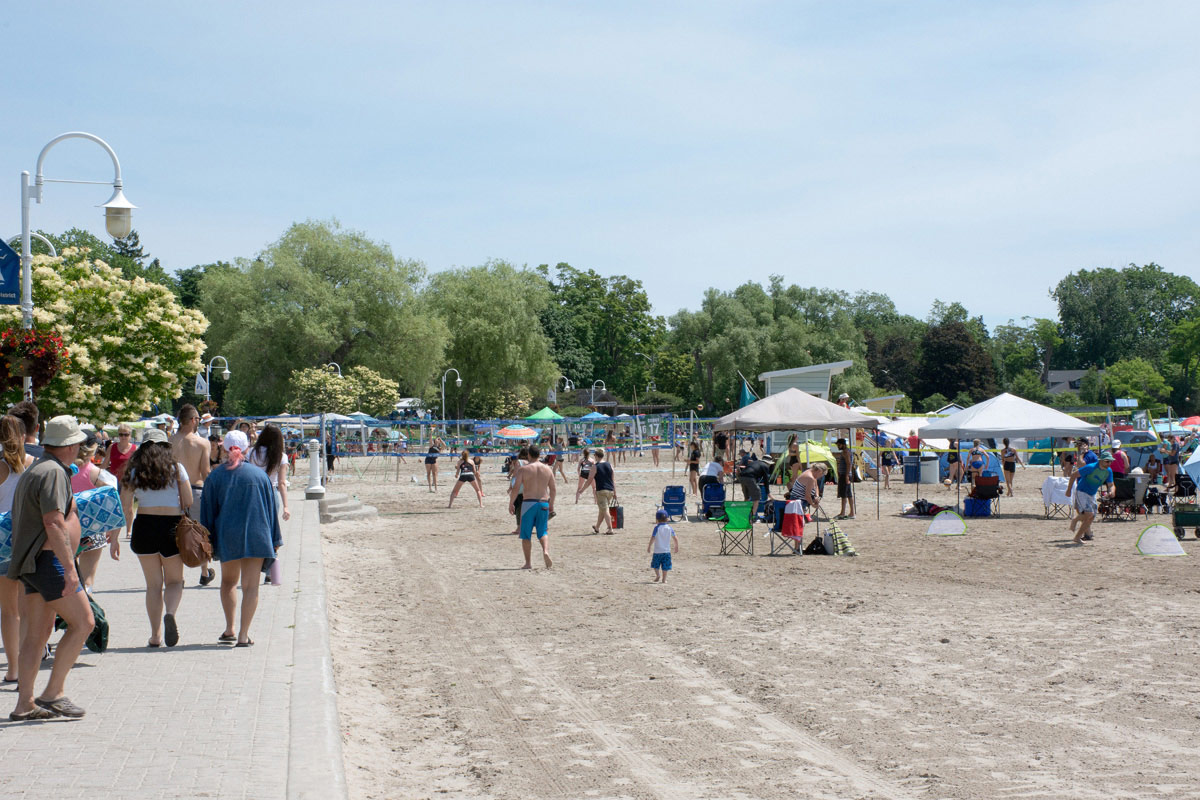 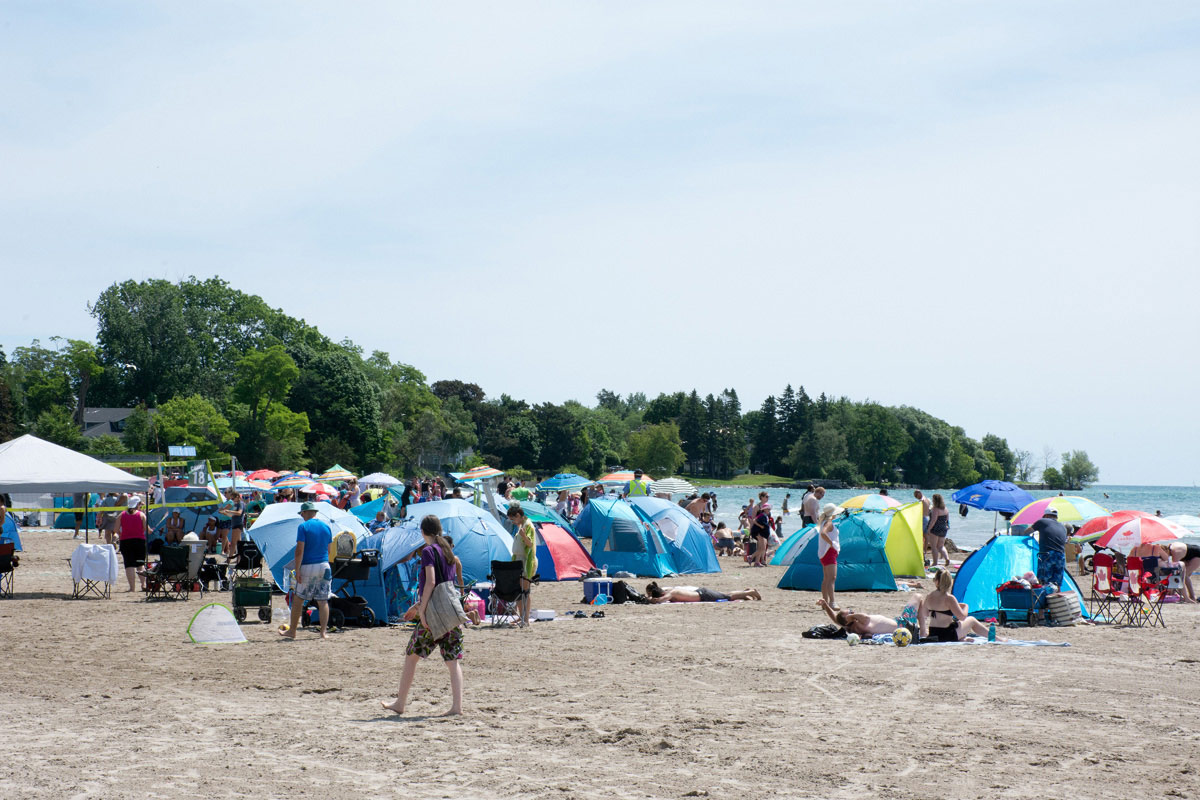 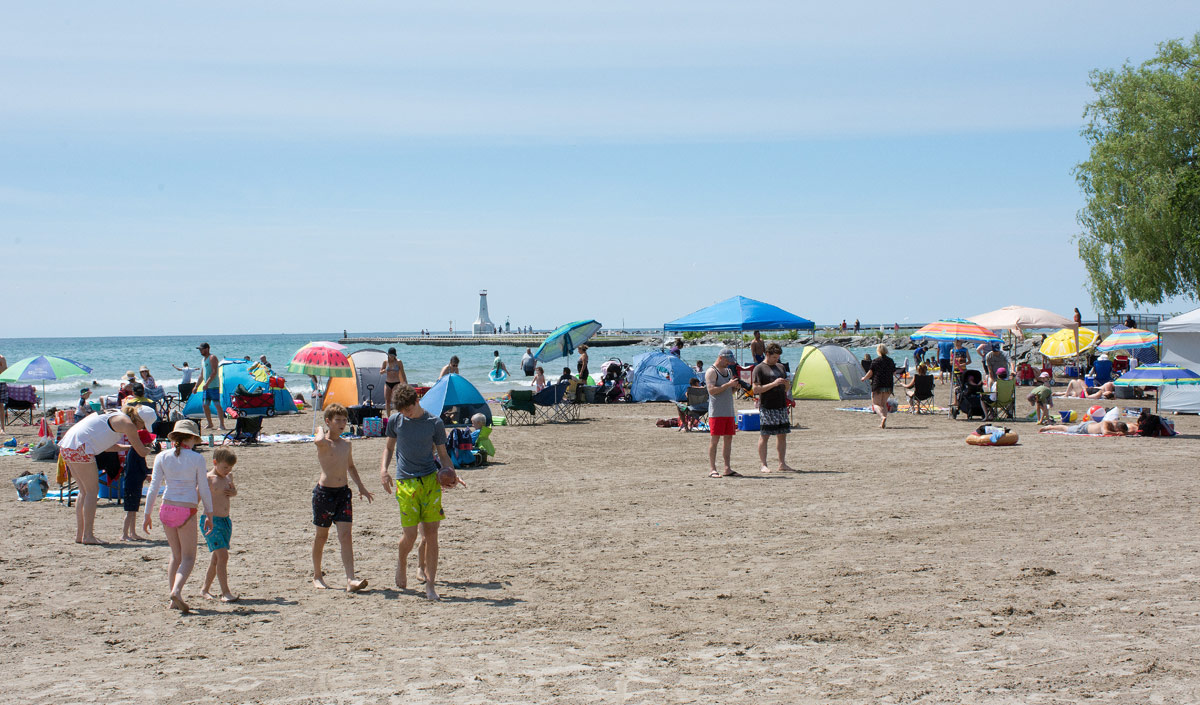 West end of Beach not too crowded

John just an update on the lawn bowling, Baylee won gold and she will be representing Ontario in British Columbia. We are very proud of this young lady.