The local Army Reserve, the Hastings Prince Edward Regiment, is planning to hold a “ruck march” to raise awareness of their activities and that they are actively recruiting.  One of their locations is in Cobourg, 210 Willmott Street, where they do training on Thursday evenings (September to June) from 7:00 pm to 10:00 pm.  On July 8 and 9, the regiment will march from that location to their headquarters at the Armoury in Belleville via Bewdley, Peterborough and Campbellford for a total distance of 161 km (100 miles) over 2 days.  There are about 20 reservists in Cobourg  – more from other towns including Peterborough and Belleville. The march will be broken up into 8 legs – each about 20 km. Some participants will do one leg and others more; leader Chief Warrant Officer Dean Stokes (their Sergeant Major) will do all.  All marchers will carry a 25 pound rucksack.

The date was chosen to commemorate the landing by the regiment on the southern coast of Sicily on 10 July 1943, and their subsequent march inland.  On 10 July, 2019, after their arrival in Belleville, they will lay two commemorative stones and plant 2 trees in honour of the members of their regiment who gave their lives in Afghanistan and also in subsequent peacetime deployment.

The route is shown in the map below – there will be an overnight stop in Peterborough.

CWO Dean Stokes and Corporal Chad Keller presented this information to Cobourg Council at their regular meeting on 10 June and also provided additional information looking to attract more recruits to the Reserve Army – you can even apply to join online, see link below.

At the end of the presentation,  CWO Stokes made the Mayor an honorary member of the Regiment. 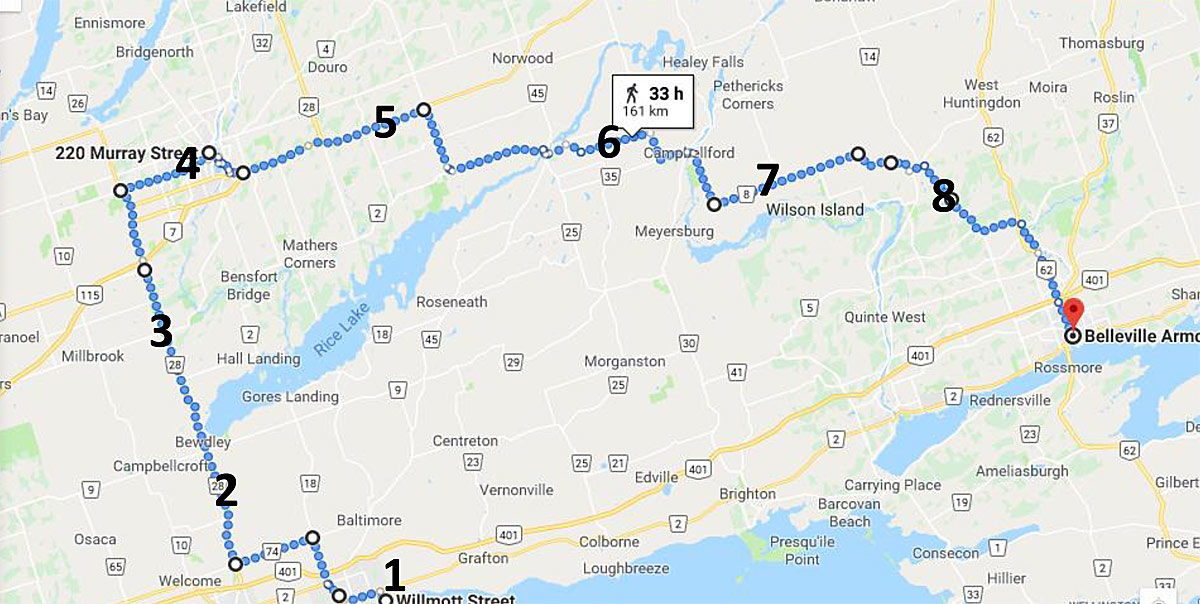 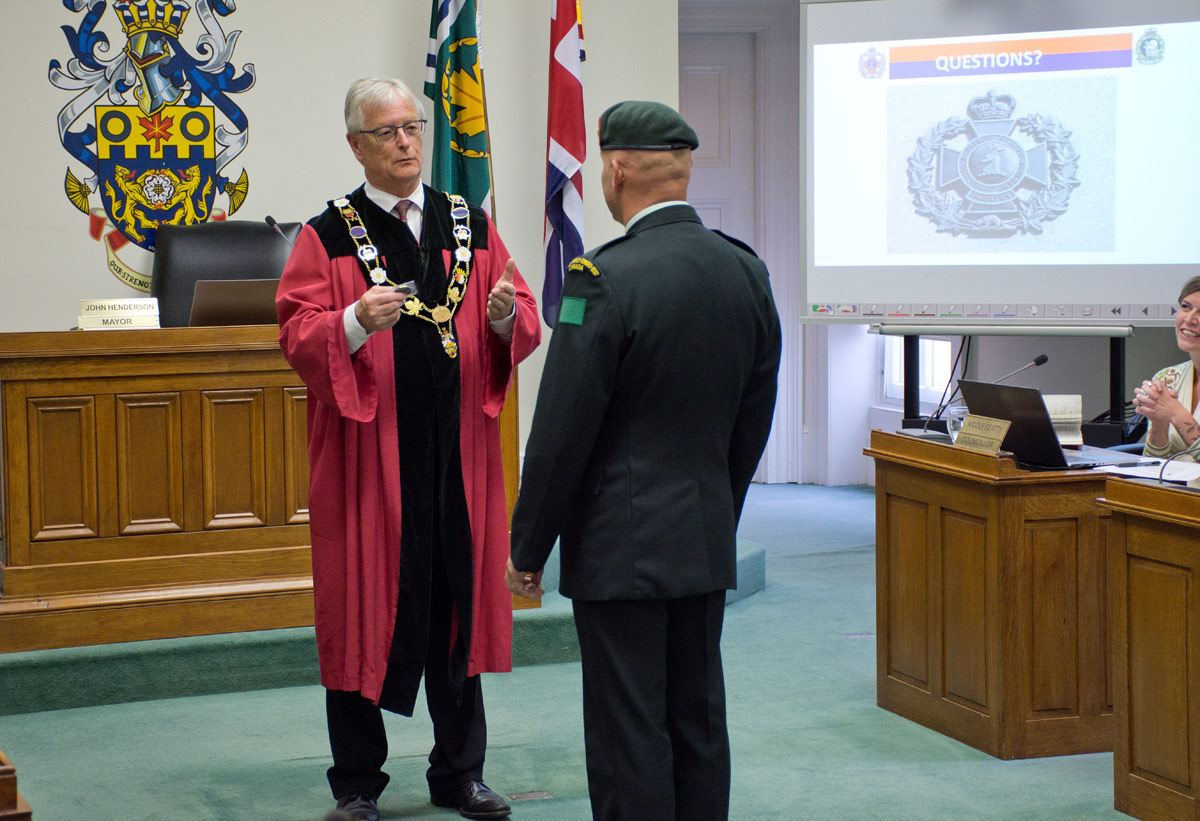 211 hits and not one comment.
Speaks volumes about the lack of public interest in the Canadian armed forces.

A comment…..
If a person has to be prompted to make an example of what is an “appropriate ” comment then obviously he/she doesn’t have a genuine interest.
That’s simply my point..nothing complicated.

well, I was kinda alluding to the fact that you also did not make a comment, implying you had no more interest than anyone else and then bemoaning that very fact…