The startup of the Cobourg’s Sports Hall of Fame was held Sunday afternoon at the Cobourg Community Centre.   Joel Scott was the MC but the spotlight was on the organizing board, the display cabinets and the first eight inductees.   Ross Quigley introduced and spoke for the Board who presented certificates of appreciation to supporters and donors.  One supporter was the Peterborough Sports Hall of Fame who had provided a lot of help and took the opportunity to present a cheque for $2000 – see the list of all major supporters below.  When the Town of Cobourg was recognized, Mayor John Henderson acknowledged that Council support had happened when Gil Brocanier was Mayor so he shared the recognition.  The first eight inductees were announced and then the display cabinets with donated memorabilia were unveiled.

First Eight Inductees to the Cobourg and District Sports Hall of Fame.
(in alphabetical order except for #1)

Nominations for next year’s inductees will be called for in the Fall – please send any names to any member of the board.  Similarly if you wish to donate memorabilia, you should contact one of them.

After the inductees were named, the display cases with memorabilia were unveiled.  These are in the hall of the Community Centre. 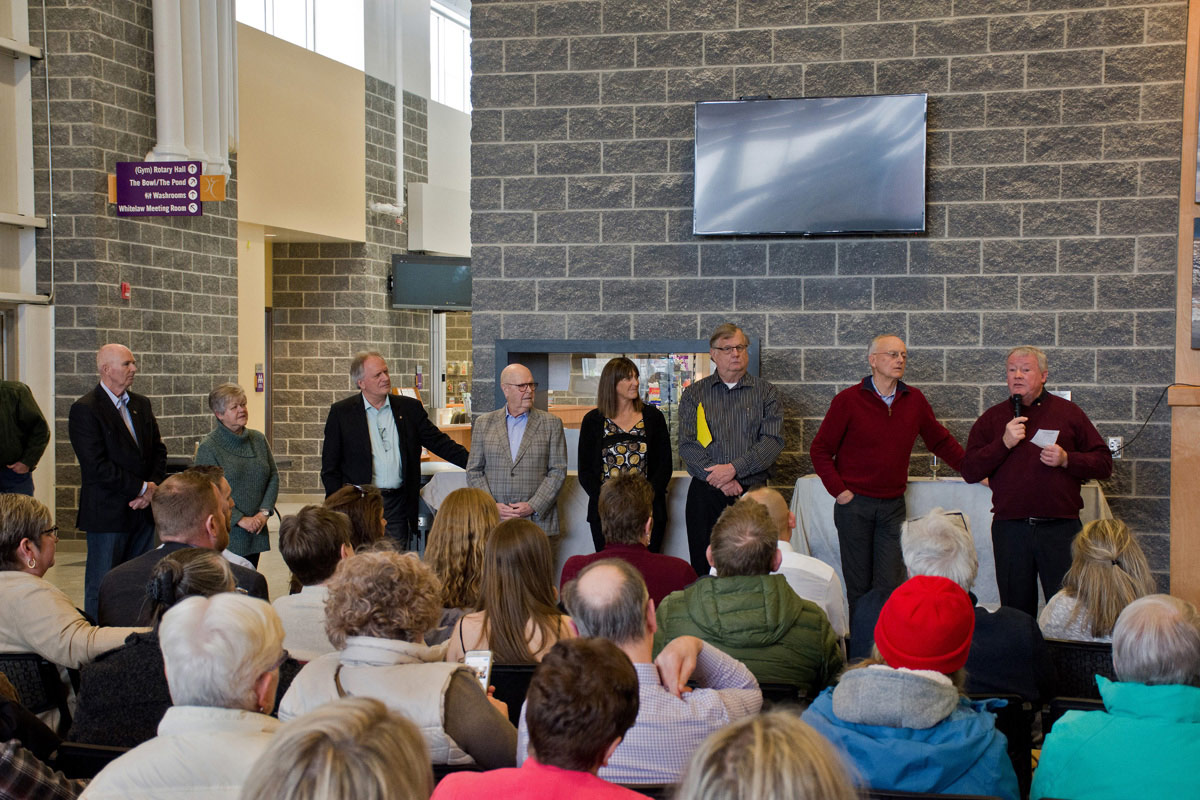 Cobourg and District Sports Hall of Fame - Board 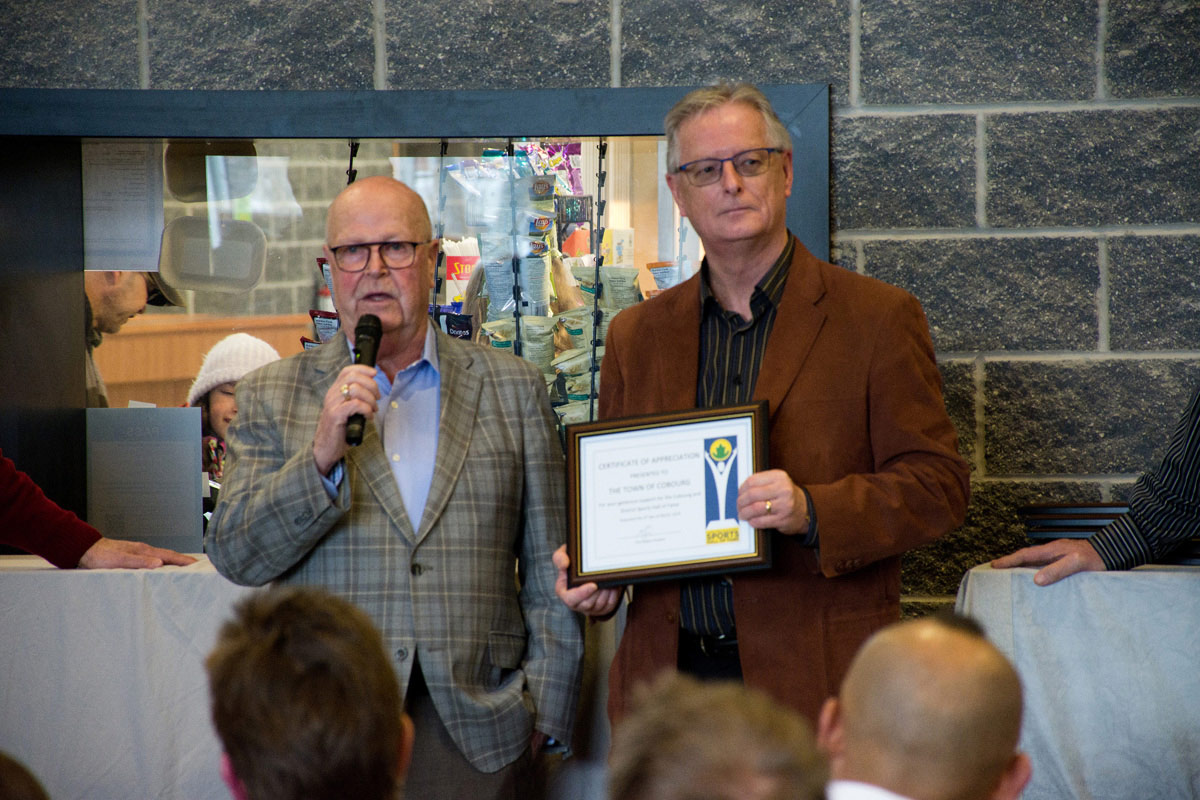 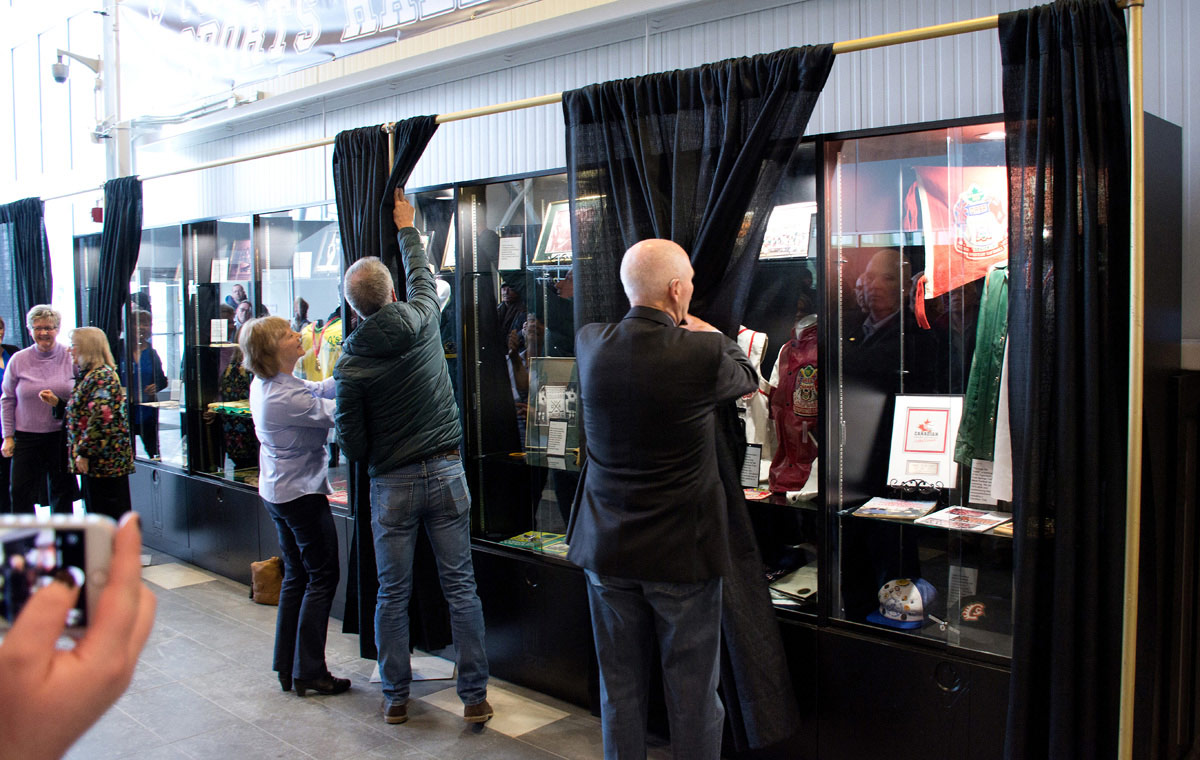 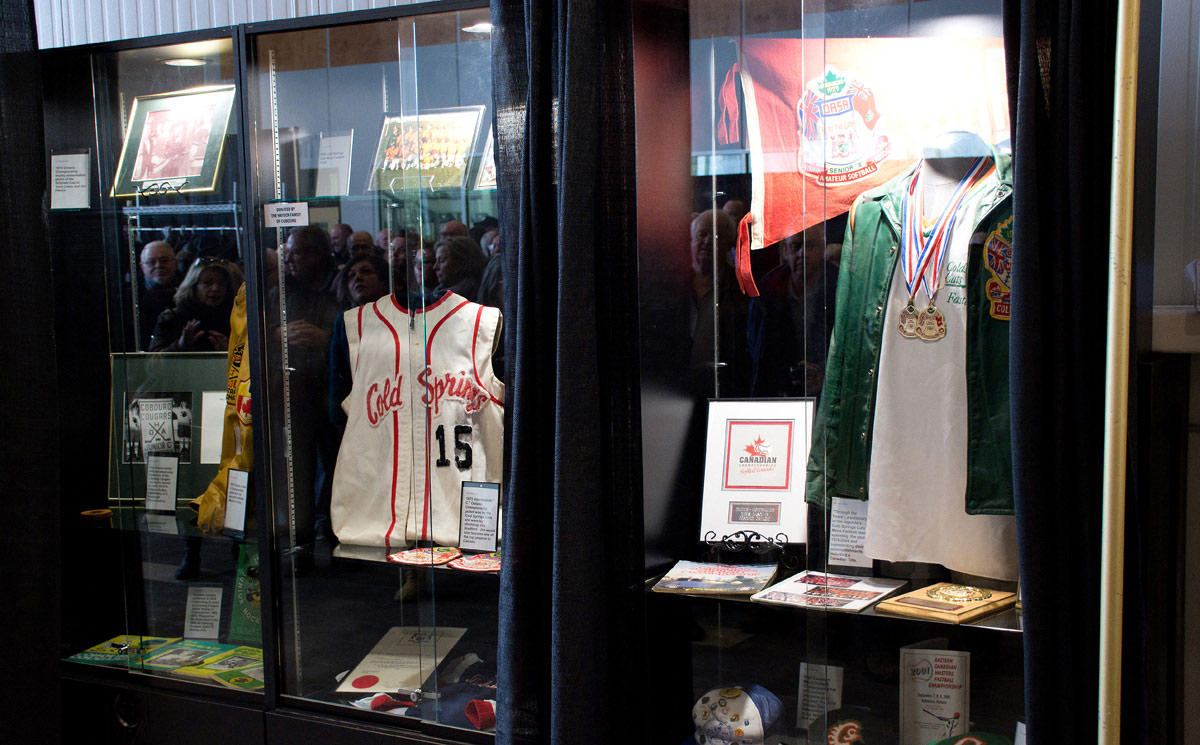 Sports Hall of Fame - some of memorabilia

between figure skaters, marksmanship & fastball i am sure there should have been some women worthy of inclusion?

I think this is a great initiative. However was there really not a single woman worthy of inclusion among the first inductees?

Sure put Liz Basinger in next time as a builder.

A job well done and without much publicity or self-aggrandisation. Congratulations to all involved, will not name names because all of you deserve thanks!

Congratulations to Ross and his team. A great contribution to the whole community.