In 2017, high water caused power to be cut off to boats moored at the Marina; this happened again in 2019.  And if we are to believe that it’s at least partly caused by the new IJC plan 2014, it’s quite possible, even likely, that there will be high water again.  Two delegations to Council at their Committee of the Whole meeting on Tuesday are asking for action on this – they point to a reduced number of boats coming to Cobourg and want the power situation to be fixed before the 2020 season.  John King who says he represents boaters and has interviewed 100 of them on the subject is also critical of other aspects of Marina management – he points to safety and security issues with limited enforcement of rules on the docks – he says that marina rules are ignored by boaters and marina staff.

John King’s concerns with the Marina

The second delegation is by Torben Drewes – he has the same concern about power and quotes the number of visitor days at the Marina.  He says that “as of August 21, 2019 the number of visitor-days in the Marina was 1,797, down from 2,667 visitor-days in 2018. Much of this decline was a direct result of the unavailability of power on the docks.”  He is concerned that the consequent reduction in Marina revenue “impacts its ability to continue to maintain its first class reputation among boaters on Lake Ontario and to provide the attractive environment enjoyed by many locals and tourists. Fewer visiting boats also results in economic losses extending beyond the Marina to local businesses.”  Torben does not mention other concerns with the Marina.

Another delegation on Tuesday (by Roger Magnan) mentions problems for visitors taking advantage of Cobourg’s great environment for fishing.  Roger is from Ottawa and with his spouse has been coming to Cobourg to fish for 18 years.  (I believe he means launching into the Harbour, not actually fishing in the harbour). He says that there are about “25 seasonal fishing boaters and … about 75 transient fishing boats that come in for 2 days to 2 weeks … with up to 40+ daily boats using the ramp. Some with seasonal passes, some freebees”.

Roger said that Quebec has increased fees and made fishing cost prohibitive for many, Port Hope is closed for fishing boats and camping, Port Darlington’s new ownership is tightening the regulations, and “Cobourg is free to low cost, very few regulations with practically no enforcement of those regulations”.  Roger elaborated: “As the bylaw officer explained to me, all of the out of province vehicles are never ticketed….so free… There are no signs for overnight camping, hence we often see overnight camping in the parking area.”  Because of the crowds, there is often a wait for the stainless steel fish cleaning table which is badly located (see full presentation at link below)  and “due to the lack of supervision, some of the less scrupulous folks throw fish wastes in the city garbage bins. Some wastes are thrown back in the lake, often directly under the docks. B dock had repugnant smells for about a month.”

As an incentive to address his concerns, Roger includes a detailed spreadsheet showing the financial benefit from fishing boaters.

Roger recommends that the power situation be solved, “increase security and safety on the docks, ensure that there is no free fishing because this attracts less scrupulous fishing people and a financial loss to the city” add signs about regulations and enforce them and “have a larger more modern fish cleaning station protected from the elements.”

A third issue about the Marina to be raised by a delegation on Tuesday is by Mike Hubicki on behalf of the Cobourg Yacht club (Mike is the Club’s 2019 Commodore).  He says that the “Cobourg Yacht Club is concerned that the Town Marina is proposing to cease its agreed-to participation in the lift out of boats this fall.” See link below for more on this and stay tuned for updates.

It should be noted that also at the September 3rd COW meeting, Council will be asked “to approve a contract (to) be awarded to Kirkland Engineering Ltd. in the amount of $4,800 to perform a condition assessment of the Cobourg Harbour and Cobourg Marina electrical system and to develop budget cost estimates for future upgrades to the system.”  This would determine what would be needed to fix the “underwater” problem as well as upgrading from as little as 20 Amps per Dock to 50 amps and adding power to the west side of the “centre pier”. (I thought it was called the West pier although it is in the centre of the harbour.) The hope is that this work will be done in time to get the amount required into the 2020 budget. 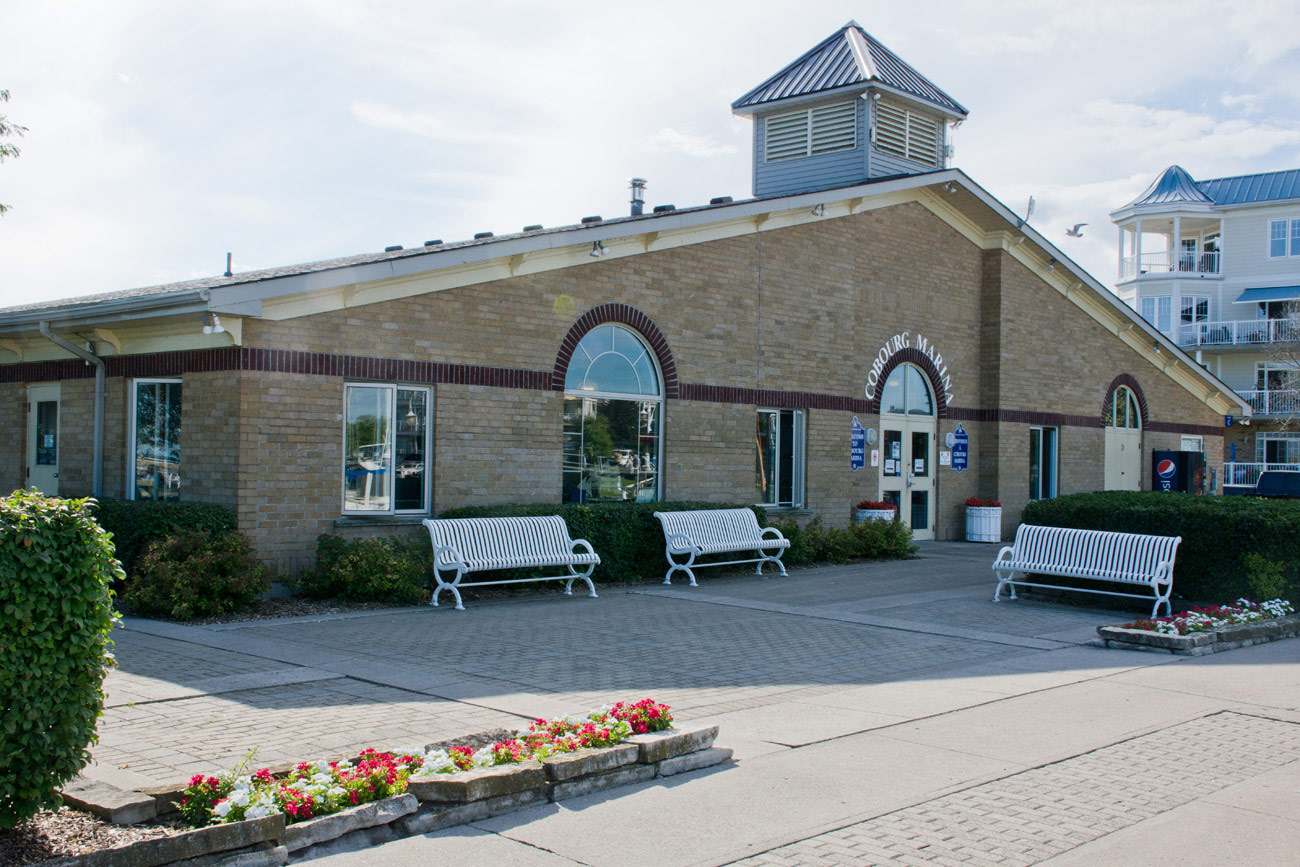 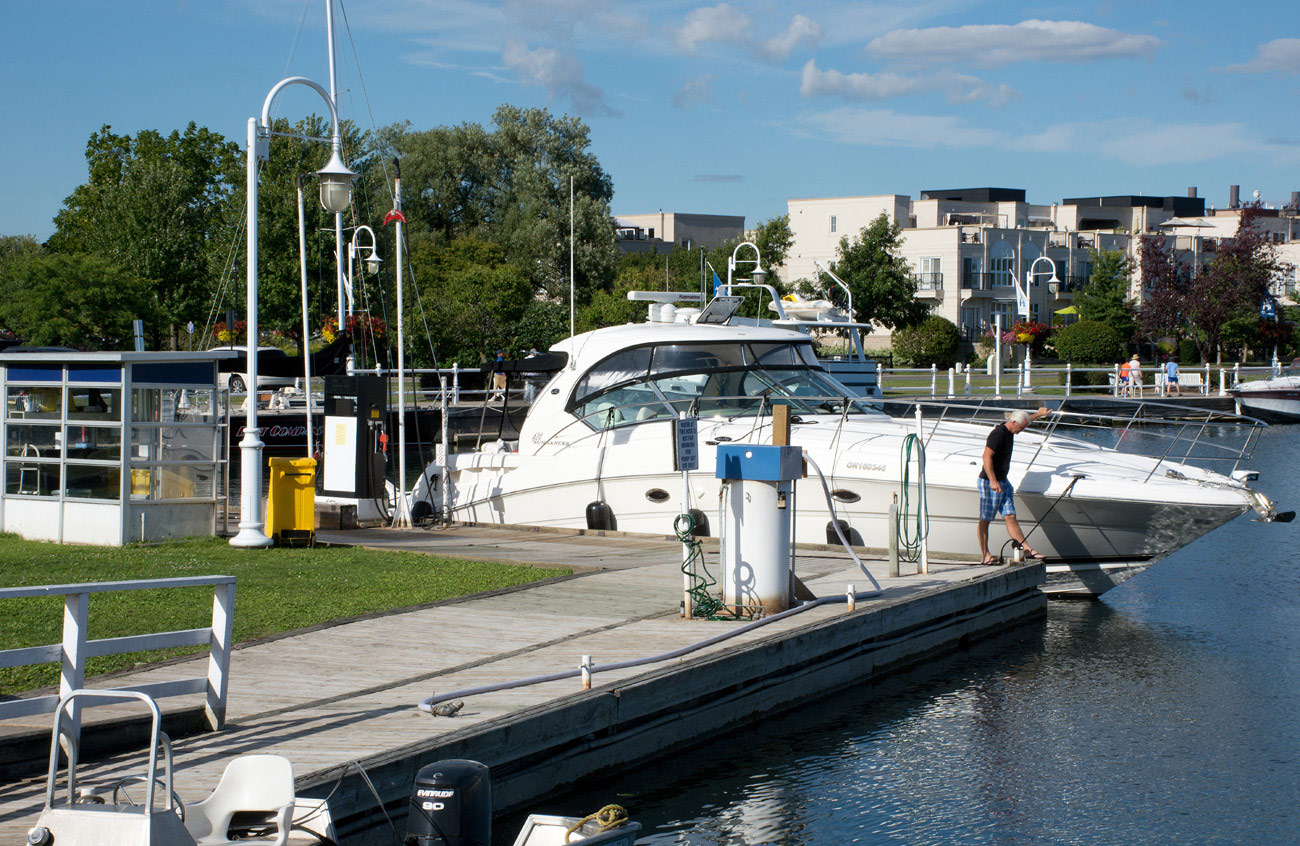 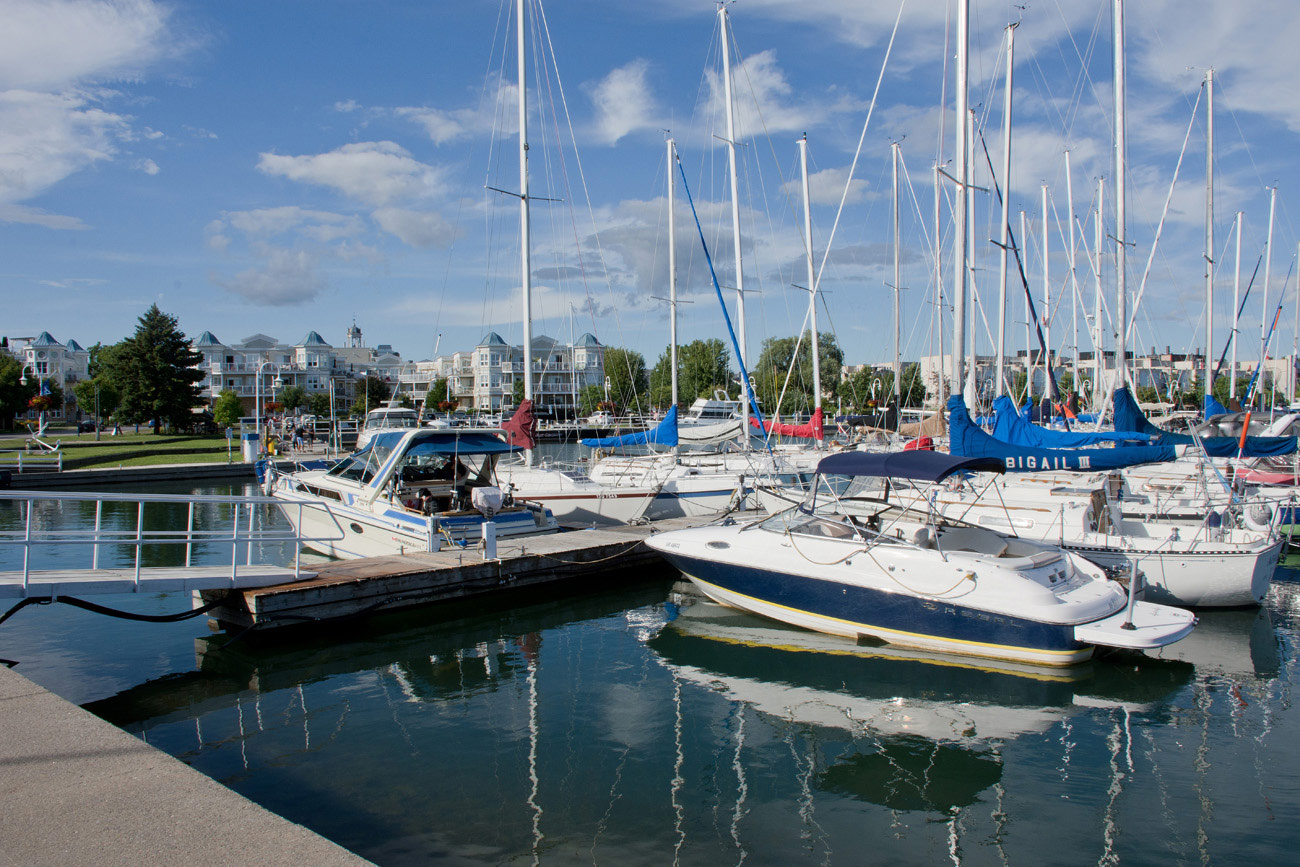 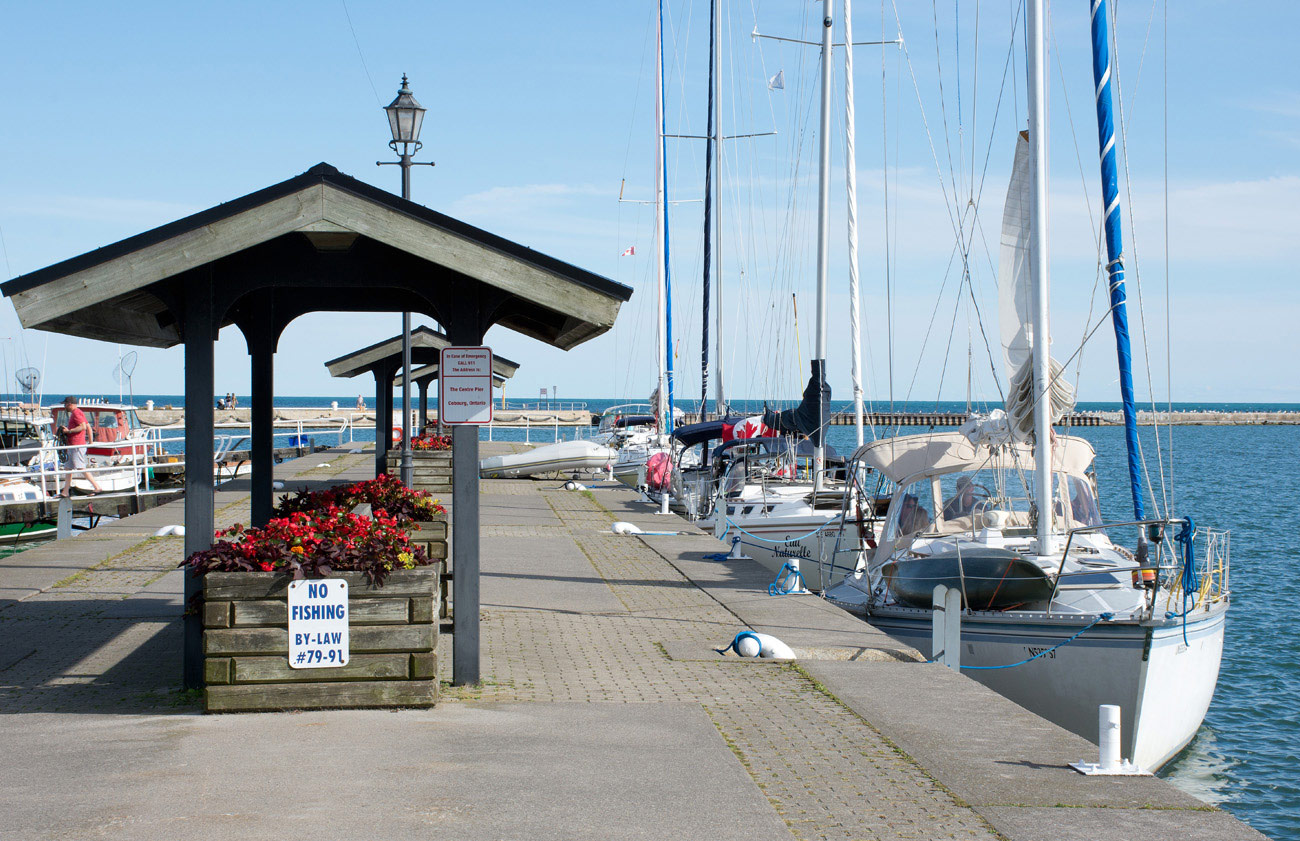 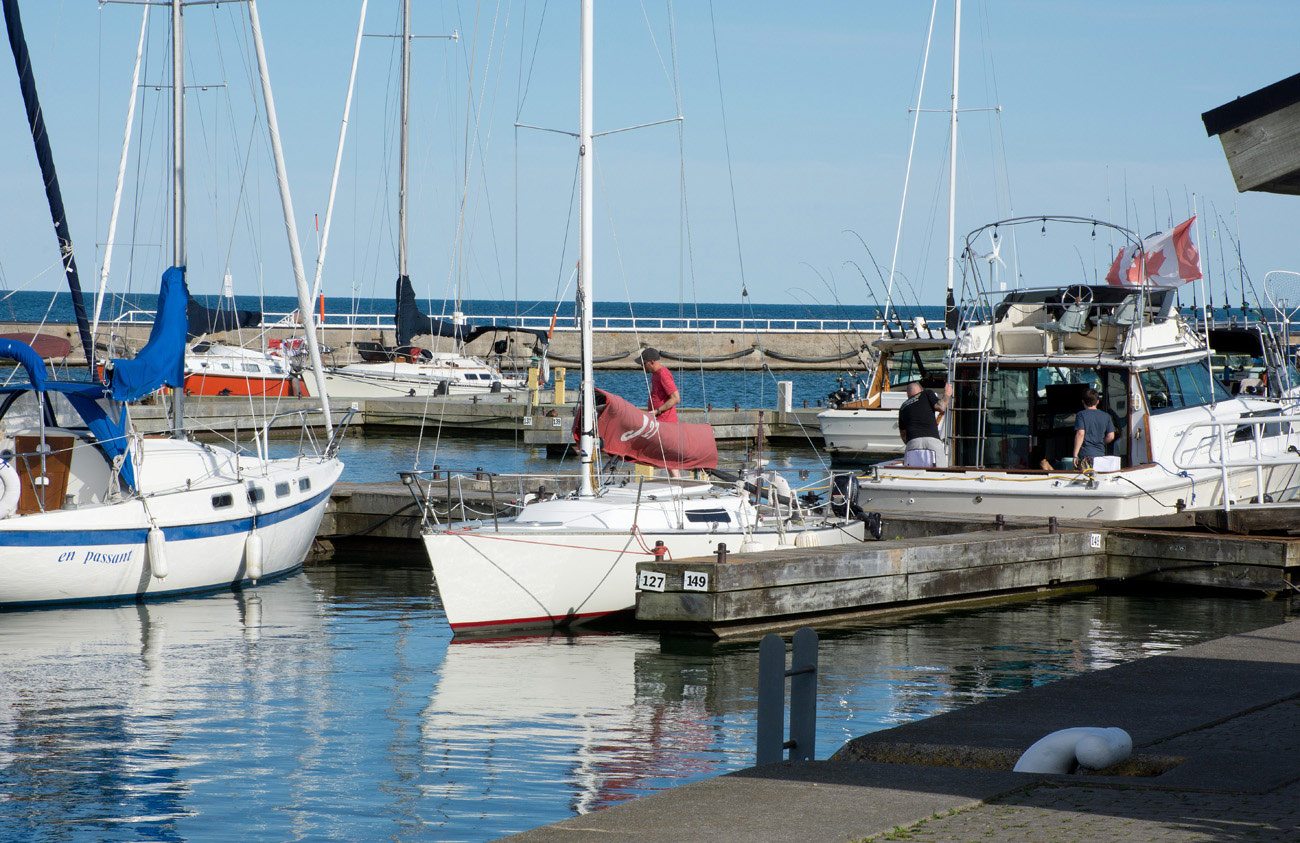 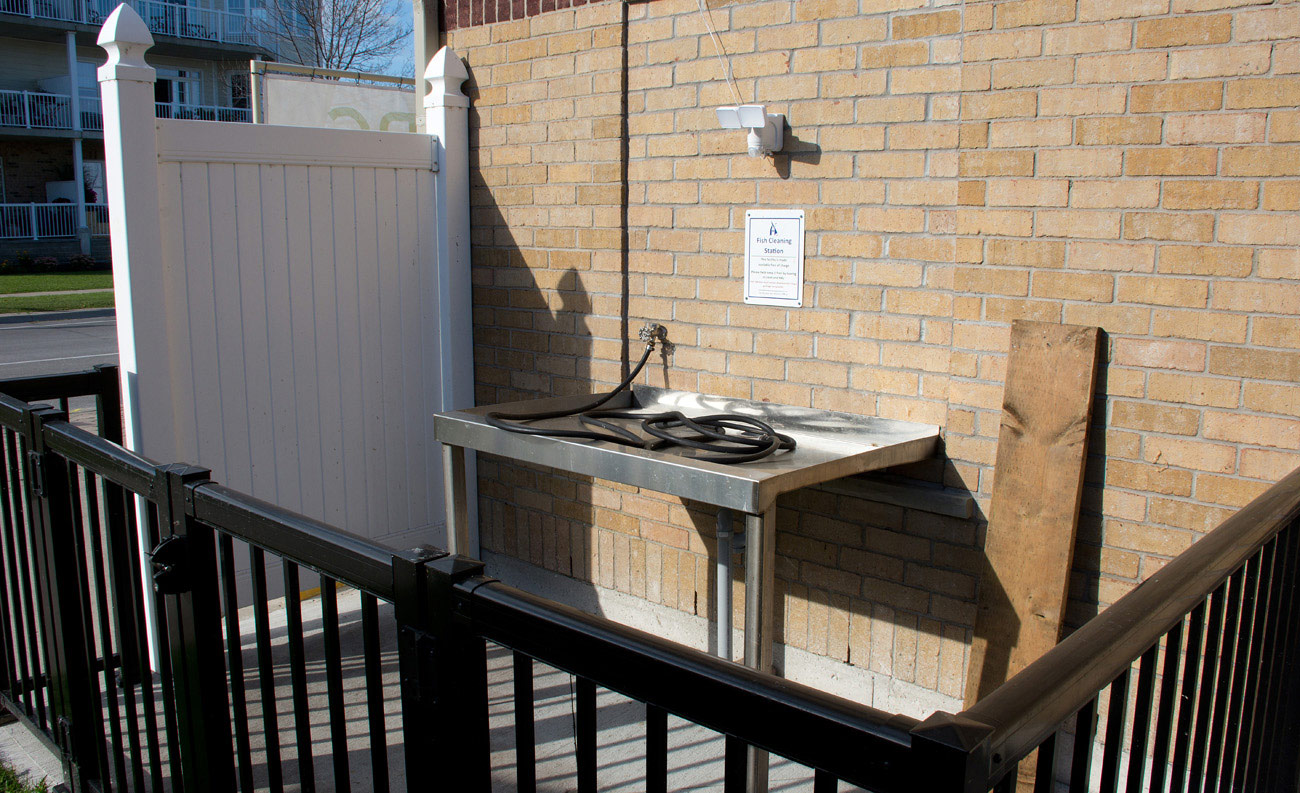 A lot of whining about first world complaints from fans of boating.

I am surprised that no one seems to be aware that the flooding in Lake Ontario is NOT natural. Lake Ontario’s waters are held back by dam’s at the start of the St. Lawrence River. The flooding which is destroying the beach and the entire lake’s shoreline is totally due to the Seaway Commission’s practice of holding back the water to keep the lake as deep as possible. This makes it easier for the lake freighters to travel up and down Lake Ontario. Probably saves them a little money by not having to avoid some hazards and perhaps the freighters move a little faster.
I can’t imagine that their savings would outweigh the damage that is occurring to the shoreline. I wouldn’t be surprised to see a few houses/buildings sliding into the lake in the next few years.
The Seaway Commission says nothing can be done in Canada because their agreement is also with the US. Seems to me if they changed the water retention agreement to retain more water – just a few years ago – that they could sit down and agree to change it back. Duh!!
No other Great Lake is controlled by a dam. Flooding on other lakes would be natural but the flooding on Lake Ontario is man made. The Marina gang, lake shore home owners and all Lk Ontario towns on both boarders should get organized, lobby the government and stop what WILL BE annual flooding of the beach and Marina and millions of dollars of damage.

In addition to the Marina electricity issue and the overall shoreline damage, the higher water level decision of the IJC is also affecting Cobourg’s storm water sewer discharge. The water levels were completely covering the 3 stormwater discharge pipes that are within the harbour. This affects the s efficiency of outflow as lakewater is backed up into the stormwater pipes. This backup when coupled with heavy rains causes further backpressure and pipefilling which ultimately backs up building and street drains. The town is going to have a huge expense and liability in front of them if the lake levels are allowed to be maintained at these IJC levels.

The Cobourg Taxpayers Association submitted a proposal to the Town of Cobourg in 2016.

Many of the issues identified by the CTA in 2016 are still prevalent today.

Just read the CTA report. Solutions seem reasonable. It is amazing how you can make a statistic look bad for Cobourg Marina. You will note that they use Belleville and Trenton for their cost comparison but do not include both in their “slips per 10,000 population. In their report they list that we have 118 slips per 10,000 population which makes us stand out in their chart. If you include Trenton and Belleville, Trenton has 170 slips per 10,000 and Belleville has 72 slips per 10,000. One suggestion of contracting out the Marina operation may be worth looking into. Tagging vehicles from outside the province should take place unless we do not have reciprocal arrangements. Should be an interesting meeting today. BTW …. why are folks afraid of using their names on this site.

That report done in 2016 had some inaccurate information.

As of today (2019), Cobourg Marina is still one of the most expensive for a similar size town. A 35′ boat today would be an annual cost of $3695 at Cobourg Marina (not including shrinkwrap or maintenance). That $3695 would include mooring, winter storage, lift-in and lift-out, mast raise & lower.

Given what we pay just to wrap and store our little bow rider privately over winter, $3695 for all the services you have listed seems like a real deal to me.

Is there a connection to the service complaints and Gauthier’s retirement and that of his assistant? Sounds like the Marina needs to be managed by a professional company.

I agree Run for profit — like a real business – I had no idea we didn’t ticket parking and vehicle infractions from out of Province vehicles or that the Yacht club Boat lift was subsidized by the rest of Cobourg — I was always led to believe that the yacht
club was self sustaining and profitable as the Marina is supposed to be .
What else donèt we know ??????????

Lots! Much is hidden or misrepresented to Cobourg’s taxpayers.

The marina did very well financially under the previous manager Phil Fardella. When he retired the whole harbour area was doing well. A lack of marine knowledge and good business sense by both lower and upper management is the cause of the decline in our harbour. That is why I walked away from the dredging program. It could have put a lot of money back into the marina harbour area if it had been managed differently.