An estimated 600 people showed up for the Conservative Nomination meeting held at St. Mary’s school today to hear speeches by each of the 5 candidates.  More than 50% of party members in the riding voted – some voted without hearing the candidates’ final speeches probably because they couldn’t get there in time since the parking lot was full to overflowing.  The school auditorium was also overflowing and the voting took close to the full two hours allocated.  The voting used ranked ballots which allowed voters to indicate their second, third and even fourth choices.  The vote was very close for all candidates but in the end Philip Lawrence was declared the winner after four rounds of vote counting (more on him below).

The event started with Conservative MPP David Piccini giving a rousing speech to warm up the crowd – he included the comment that “Trudeau has lost his way”. Bob Dodd, the Riding President, then introduced the candidates who each spoke about why they should be selected.  Two candidates mentioned the recent SNC scandal:

The presentations (speeches?) varied but it seemed to me that all did a good job of conveying the values, policies and personalities of the speakers. I gathered that most in the room thought that all candidates would have been good choices, but as Bob Dodd said at the end, “There can only be one winner”.

Details of voting were not released but the fact that it took four rounds of vote counting says that they all received a very similar number of votes.

If you have not been following this “race”, the five candidates were:

Note that their web sites may go off-line before too long.

The Green Party will be holding their AGM and nomination meeting on March 6 at the Cobourg Community Centre at 7:30 pm.  No word yet on the NDP or the People’s Party of Canada (PPC – Maxime Bernier’s start-up).

All Candidates for the October election are listed here with updates when anything changes.

Below are some photos from the meeting. 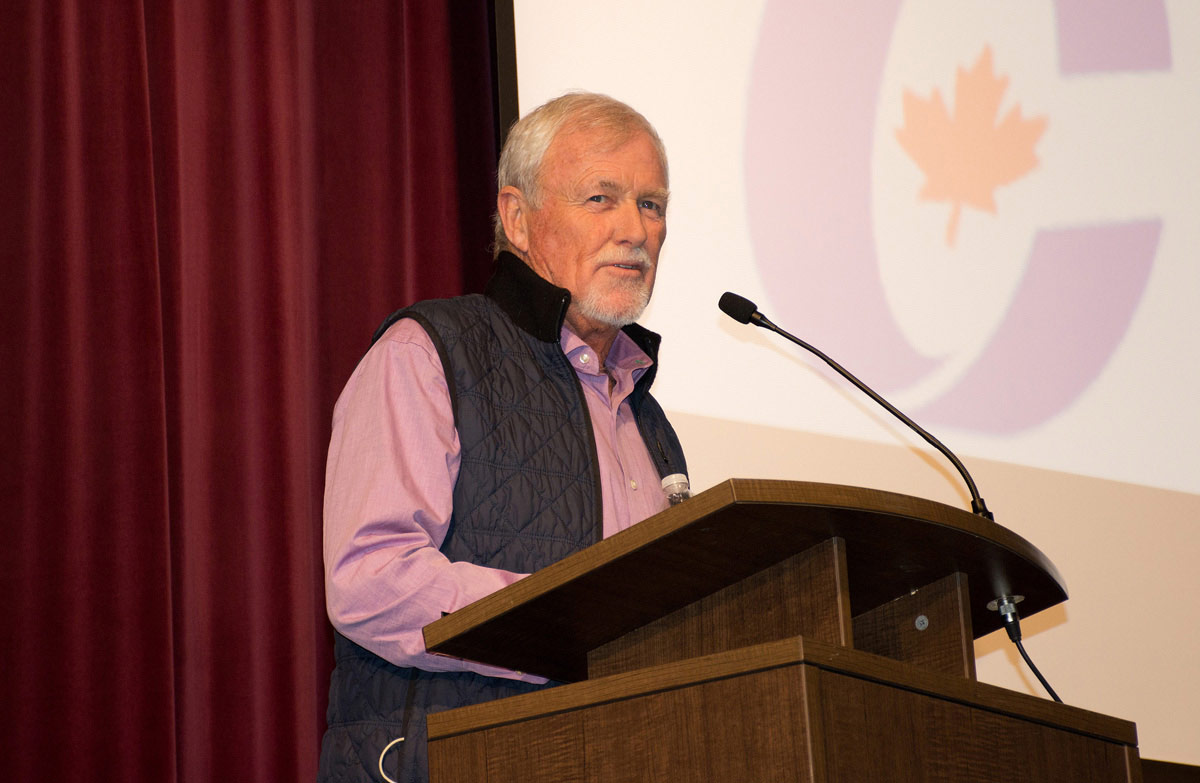 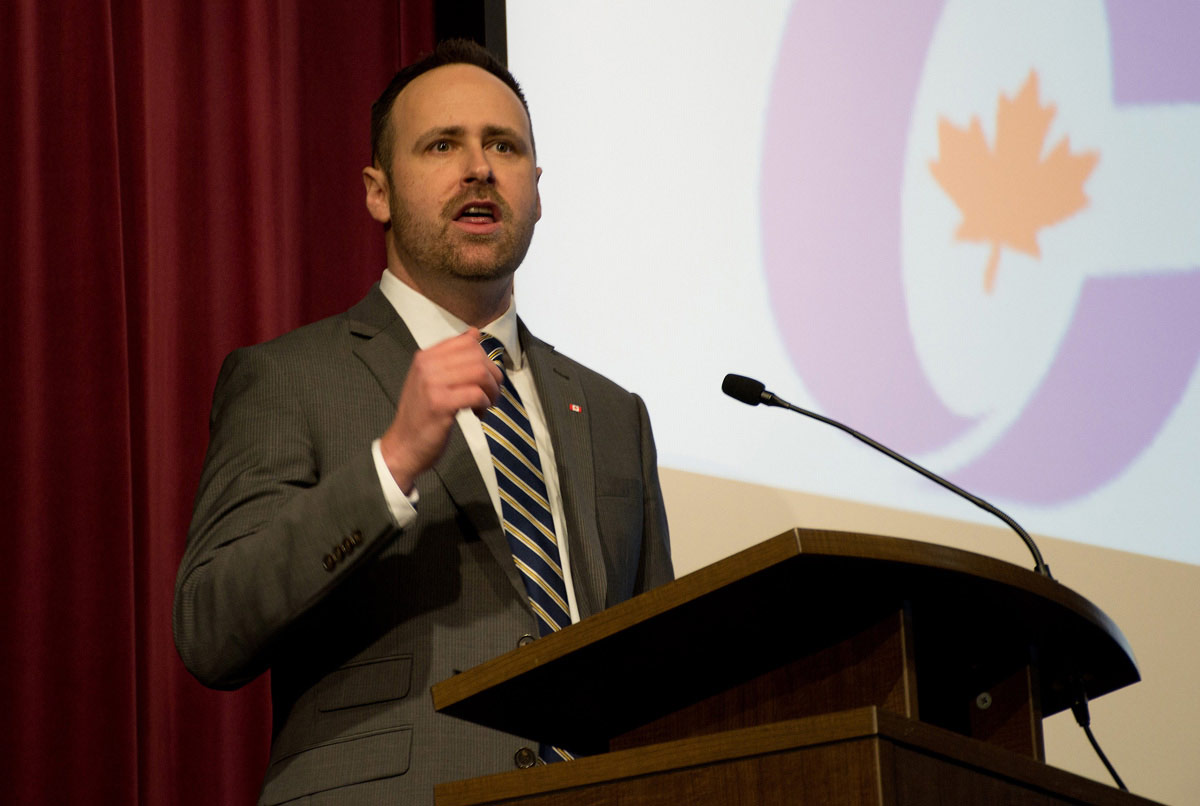 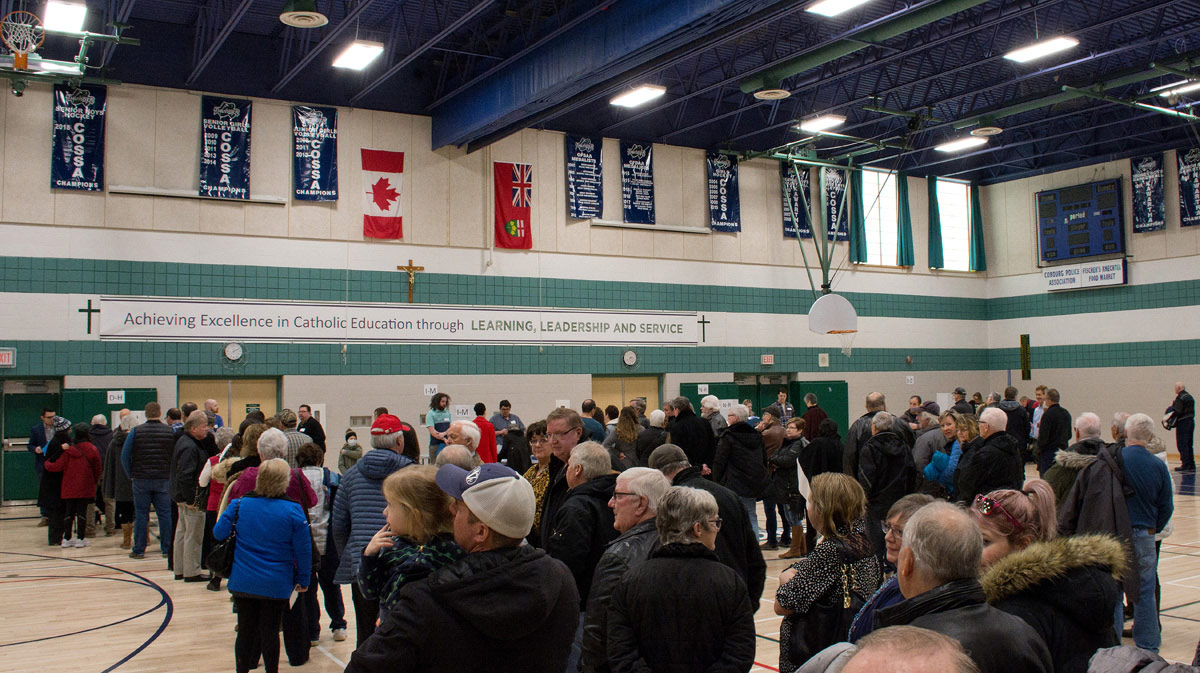 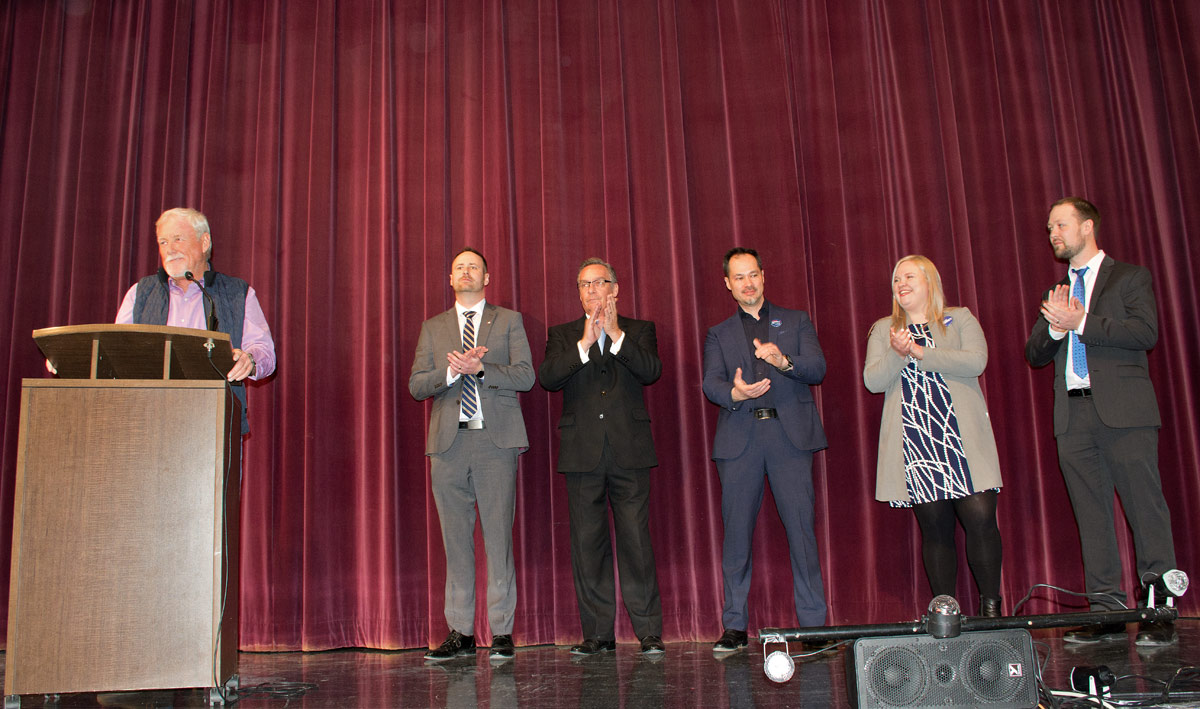 Just one question: Is Philip Lawrence the son of Allan Lawrence, one of our former MPs from the 70s? Seems to me he was from Orono too.

Don’t think so.
Mr. Lawrence manages the Sun Life Financial Centre in Pickering. The business sells life insurance and ‘financial products’, in addition to financial planning and advisory services from over 20 Sun Life Financial advisors, including a Long Term Care Insurance specialist.
The Centre is wheelchair accessible and to recognize the growing diversity in the area, services are available in English, French, Spanish, Hindi, Gujarati and Punjabi.
While Mr. Lawrence is unilingual, his experience in dealing with a multi-cultural clientele will be invaluable in our small-town, rural riding,
Bit of a strange choice for Northumberland-Peterborough South, but then no stranger than the youthful Evangelical, Adam Moulton.

Hah!
I see that the many grey-haired Conservative Convention attendees were able to figure out a ranked balloting system.
If they can do it with no problem, how difficult can it be?
When the ranked-ballot issue came before Council two years ago, the staff report worried:
“A new voting structure could cause confusion to new voters, and also those experienced in voting.
There will be an increase in the amount of time, effort and election funding needed to be put towards an education campaign and resources to help inform voters about the new electoral system.
This change could also decrease the voter turnout with the modification to ranked balloting due to a chance of public confusion and frustration. The need for public education would be important in order to have a successful election.”
Talk about patronizing the Cobourg electorate!

Yes, patronizing. I am insulted at the implication that I don’t have the smarts to manage such a situation just because Ill never see 70 again.

Ranked ballots do not work with multi candidate slated. It is designed to provide one winner not five.

“The need for public education would be important in order to have a successful election.” is never so important in this case.

London was the only municipality to opt for ranked ballots last year. Kingston voted 63 per cent in favour of adopting a ranked ballot system on a referendum question included on the ballot. In Cambridge, which also held a referendum, 56 per cent of the vote was in favour ranked ballots.
How did the ranked ballots election go in London?
“City clerk and elections chief Cathy Saunders said London’s move was being watched by several Ontario communities including Montreal, Kingston and Cambridge, as well as several other municipal clerks.
Saunders said she didn’t encounter any major issues with ranked voting during voting.
“Most of questions that came were clarifications,” she said. “We didn’t hear any major concerns from our end.”
Saunders said most voters had “a fairly good understanding of the process.” London Free Press

These elections take place in Wards where you only vote for one winner. Cobourg elects five councillors at large – work that one out with ranked ballots!!!

I’d like to see candidates running for specific portfolios instead, just as is done with Mayor and Deputy Mayor. Qualifications matter.

So do I Walter but not because of ranked ballots they suck!

Just for future reference, because I see this all the time and it is pet peeve of mine, the school is St. Mary, not St. Mary’s.

Some of us think that you have other problems your
Holiness.

3
0
Just Wondering
Reply to  The Pope

Guess someone should tell the school too, their sign on Densmore says St. Mary’s.