On Sunday 22 September, Canadian Film Production company marblemedia filmed an episode of a new documentary Canada’s Landscape Artist of the Year. It’s based on a similar UK production where artists go to different locations and produce a quality painting in four hours.  Glass “pods” are provided for them – in the case of Cobourg, these were built on the Esplanade. Six artists from across Canada were invited to use the pods although there were another dozen artists also painting but not in the pods.  These were located on the grassed area behind the Marina Fueling dock. The filming was expected to take all day and included conversations with the artists.  Although residents and visitors were generally not impeded by this activity, a posted notice said that there was a possibility that they might end up in the movie. 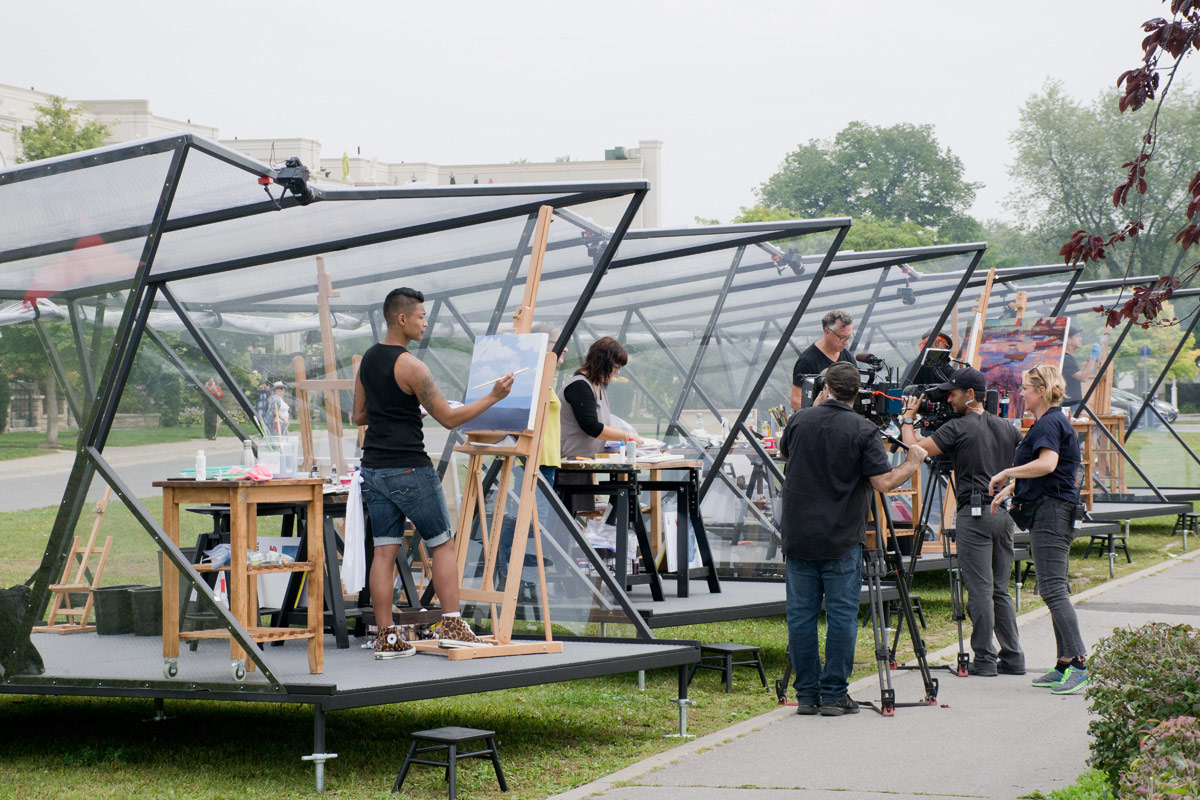 Six pods for Painters on Esplanade 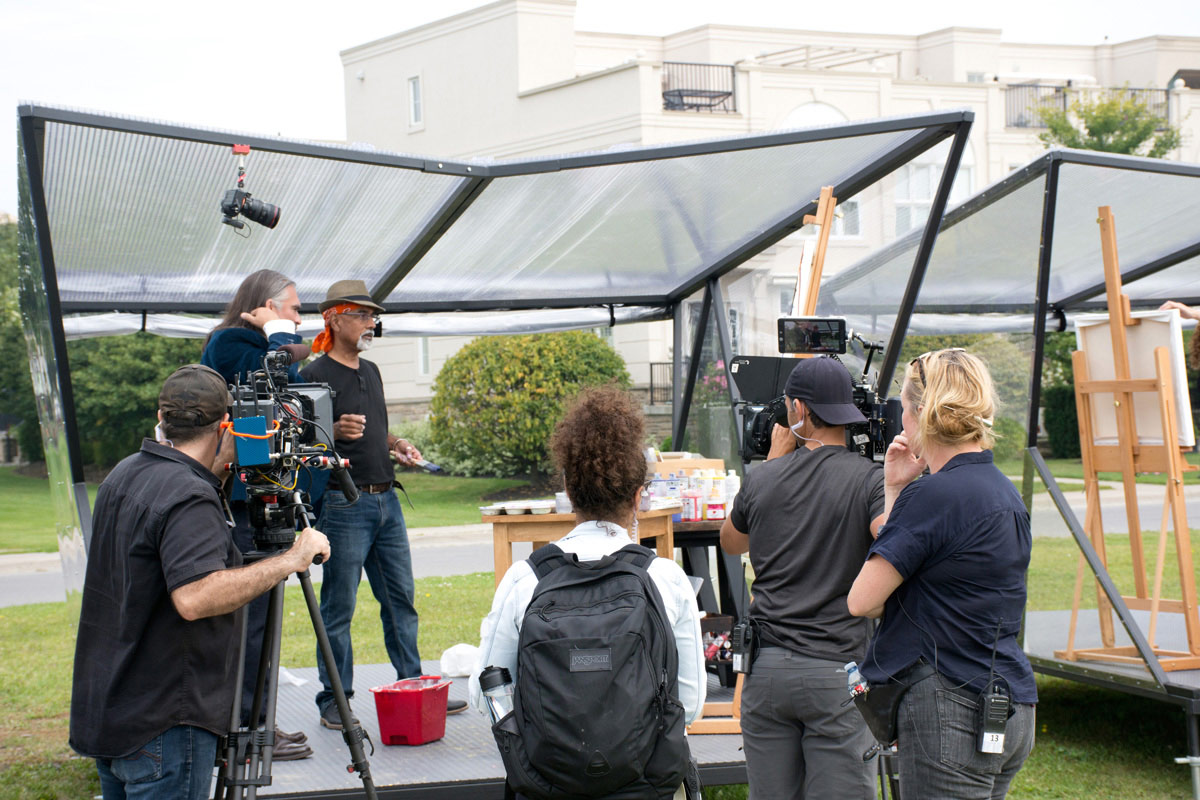 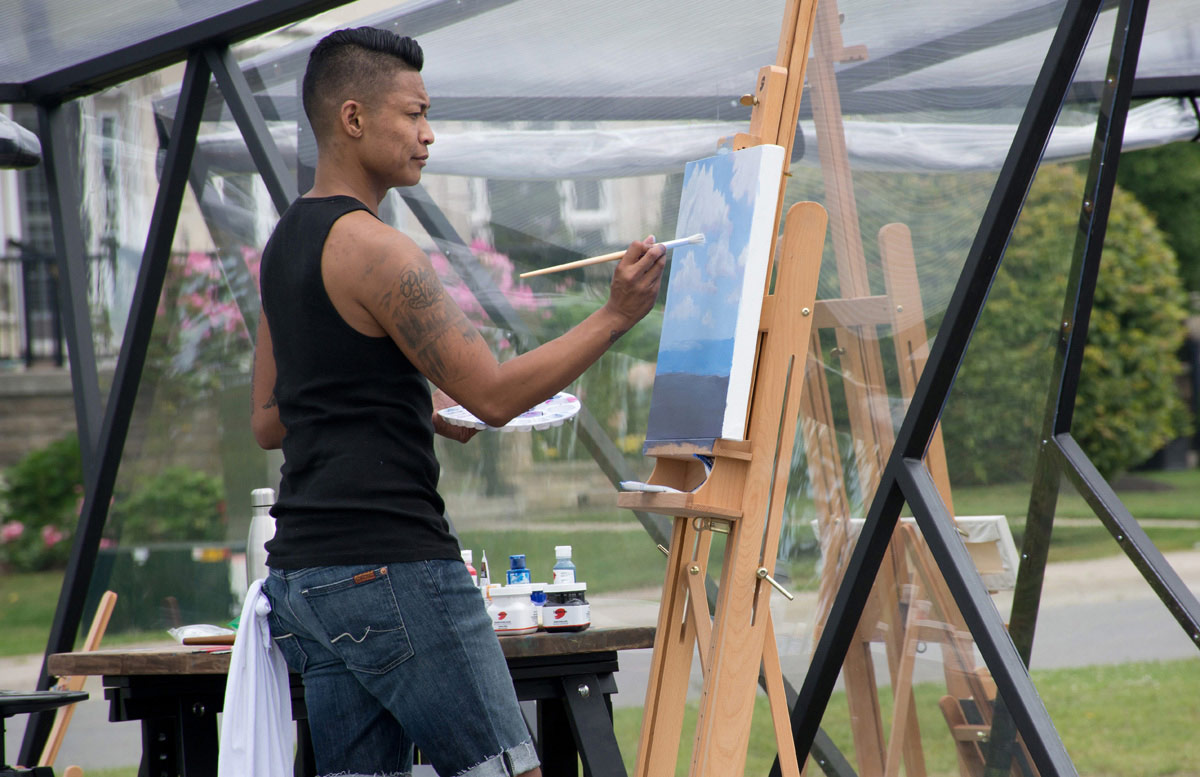 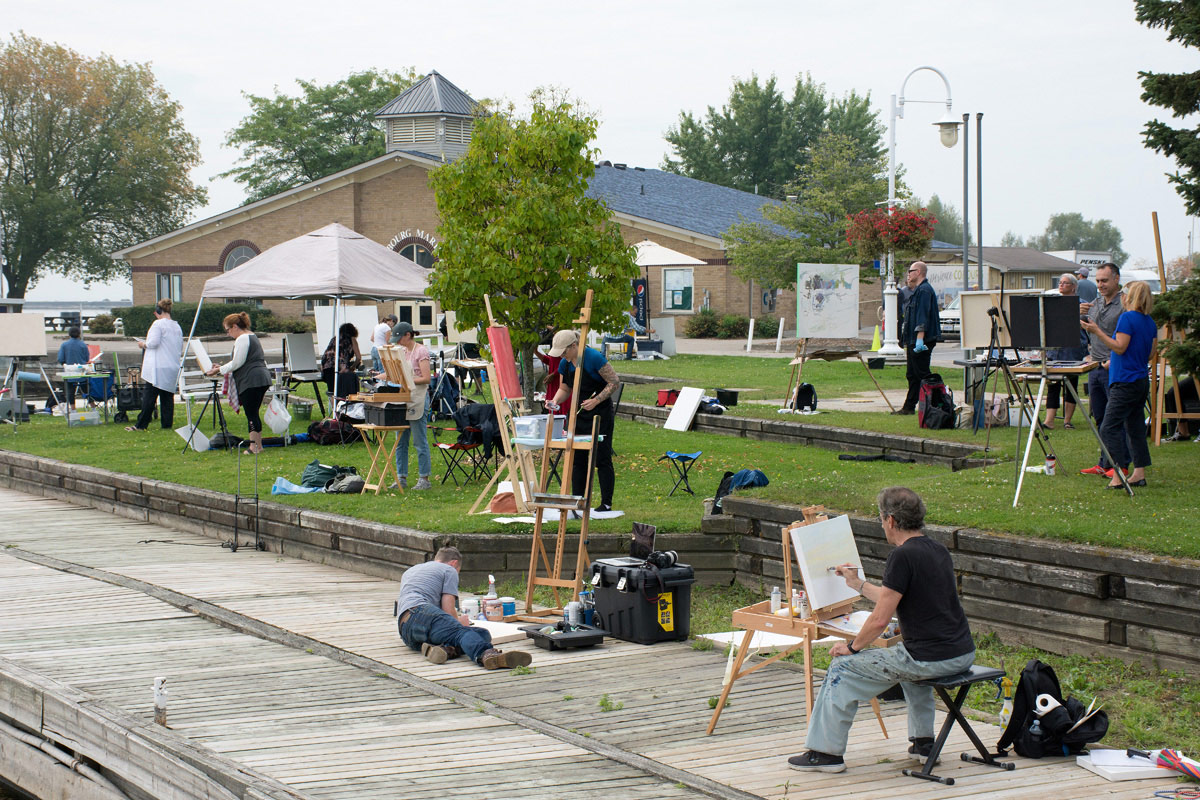 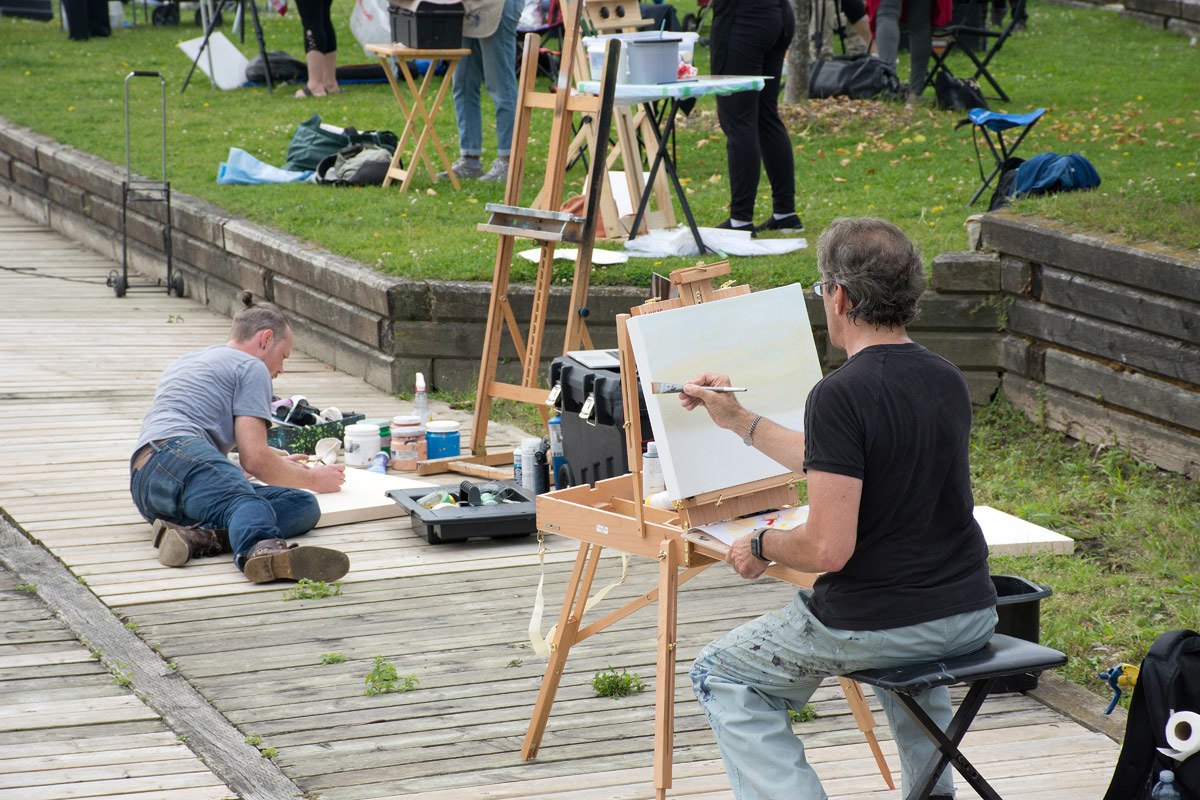 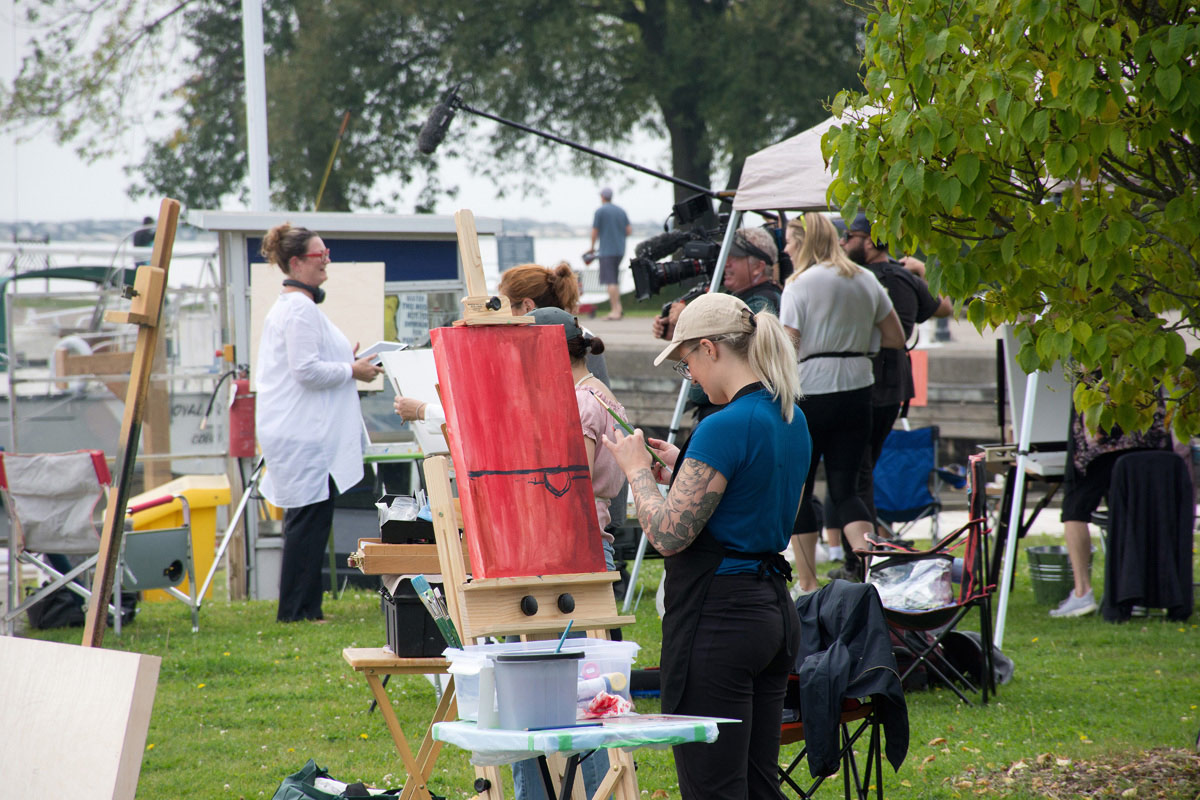 Waterfront painter being interviewed (in background) 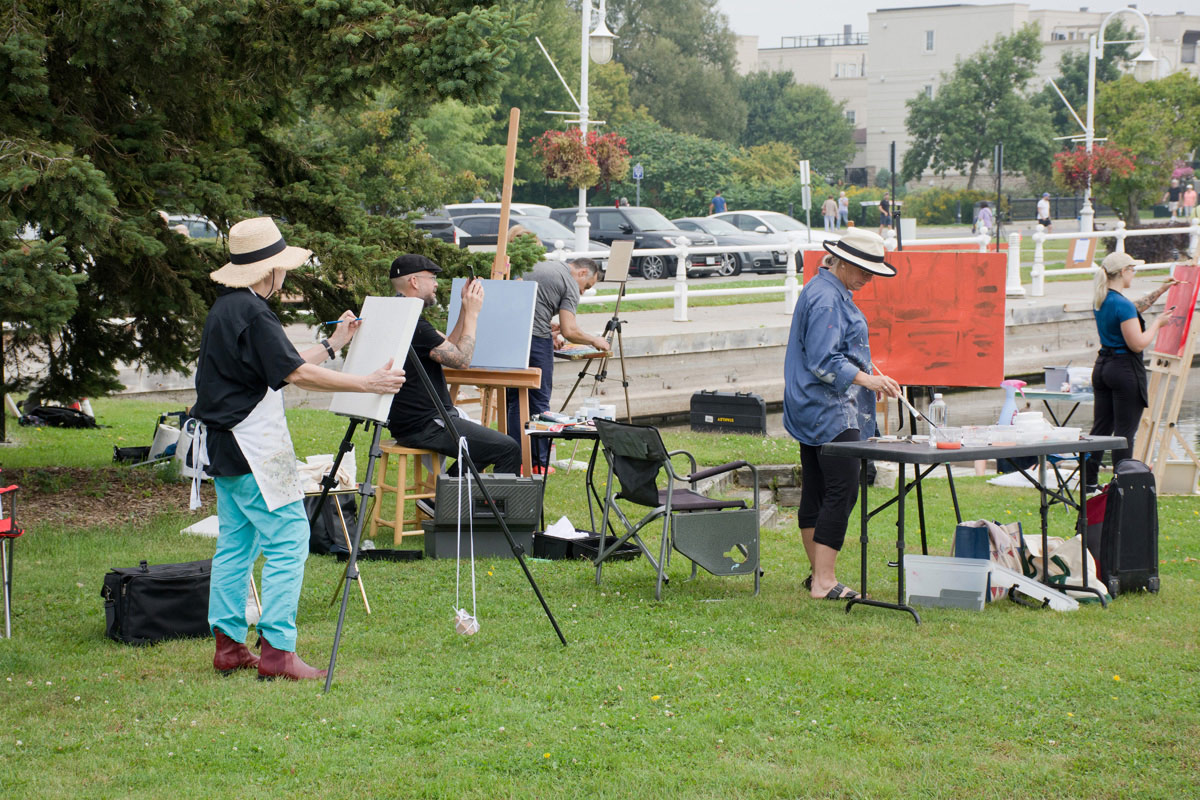 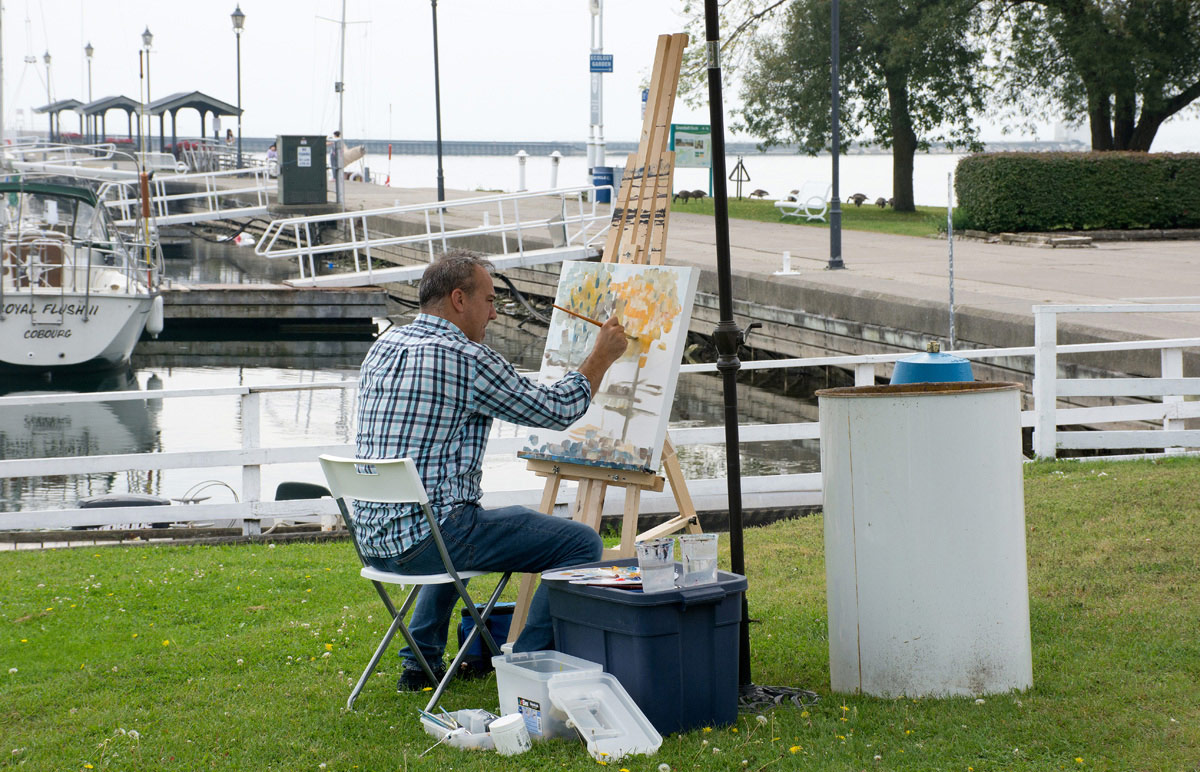 There is no word when this episode might be screened – previous marblemedia productions have been shown on Makeful (e.g. on Bell’s Fibe TV) and Netflix.

What a gorgeous idea! And a beautiful day for this event.

Minding John Draper’s rules for posting and advertising on his site, if there are others who enjoy making the connection between painted scenes and documenting the locations in film and photography please check a community or coming events calendar. There are speakers coming to town next month who will be making a presentation on the paintings of the Group of Seven as part of a fundraising event for a local charitable organization, the Northumberland Land Trust.