Architectural Technology students from Durham College were asked to produce practical designs for potential development locations in Downtown Cobourg.  Their teacher Ali Taileb gave them a choice of one of two locations on Albert Street: either the land adjacent to Rotary Park which is now a parking lot or the land on the South West corner of Albert and Division – now occupied by buildings.  They had to resolve issues that would come up for site plan approval and were briefed on that by Cobourg’s Planning Department.  As a result they worried about issues such as preserving one of the trees, moving buried water mains, parking requirements and more.  They also had to comply with a requirement for a mixed residential and commercial development.  They then presented their designs to the public on Thursday in the Civic Forum.

Each team of students had different choices and different solutions – some analysed the commercial viability and worried about the cost of removing asbestos from the old buildings on the corner; others were specific about what would be suitable businesses.  For example, since there are nearby bicycle trails, a bicycle shop would seem a good choice.  At least one team suggested including a building that could be used to house the farmers’ market in the winter.  And of course, they were conscious that their design should harmonize with existing Downtown buildings.

The Town’s Partnership with Durham College goes back several years – below the photos are links to reports on student efforts in 2014, 2015, 2016.

Since there is a lot of creativity shown by the students, one would hope that a developer would pick up some of the ideas but so far that has not happened.

The photos at right and below are of just some of the student teams.  In the last photo, Mayor John Henderson is talking to one of the teams and Councillor Nicole Beatty is talking to Professor Ali Taileb. I was there around 1:45 pm – the event was open from 1:00 to 4:00 pm.  I didn’t see a lot of residents although that was probably because of the short notice of the event (24 hours). 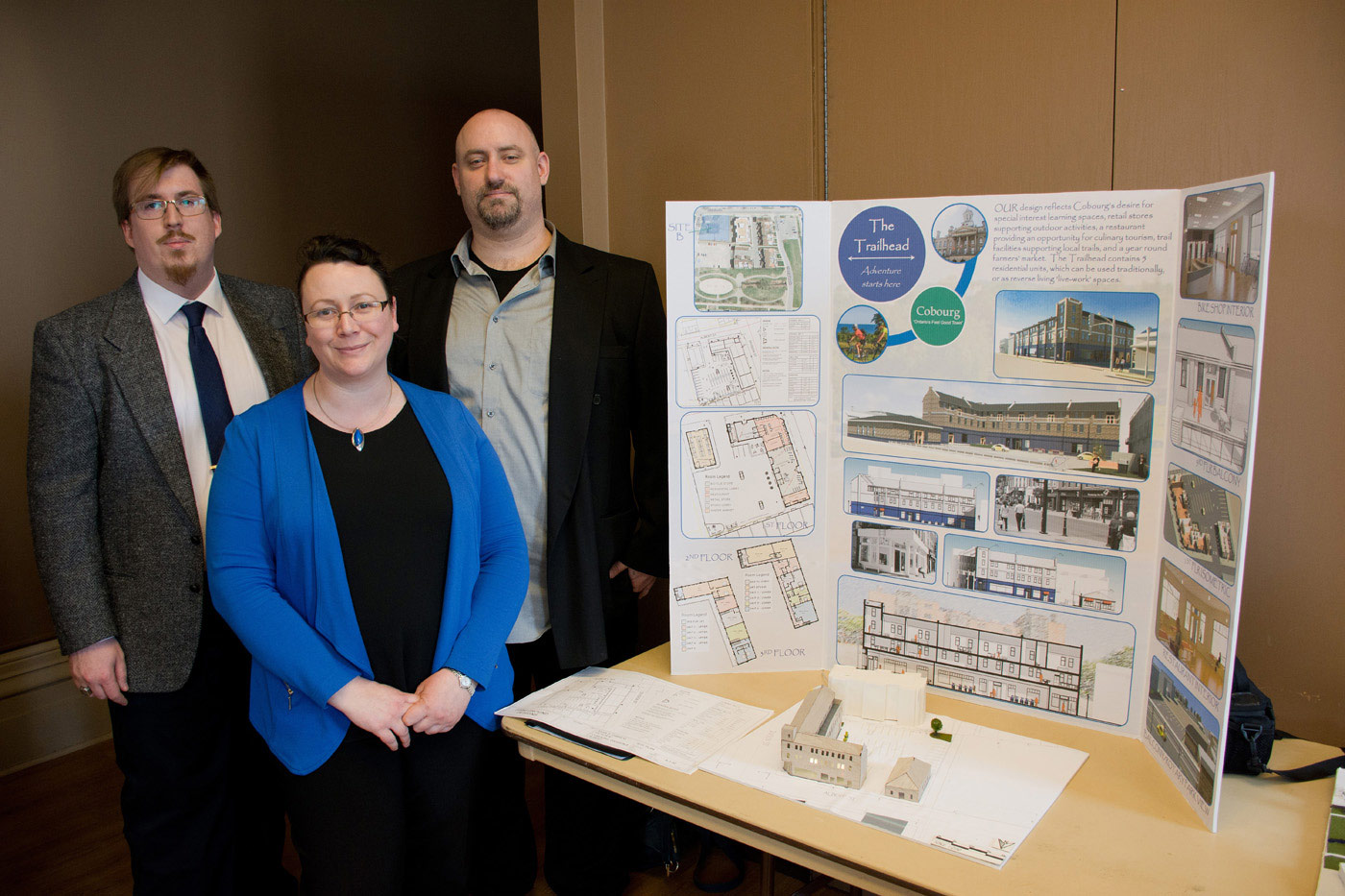 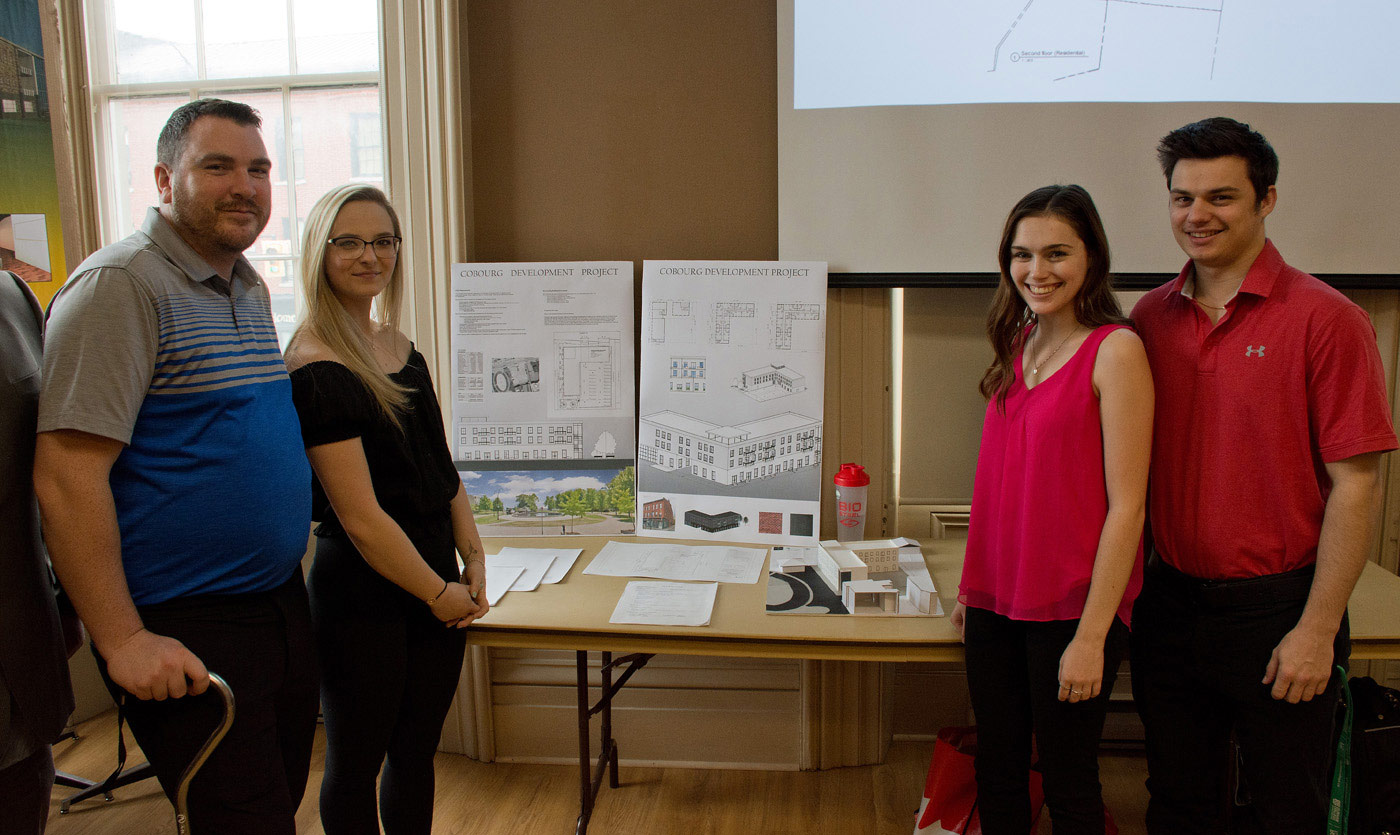 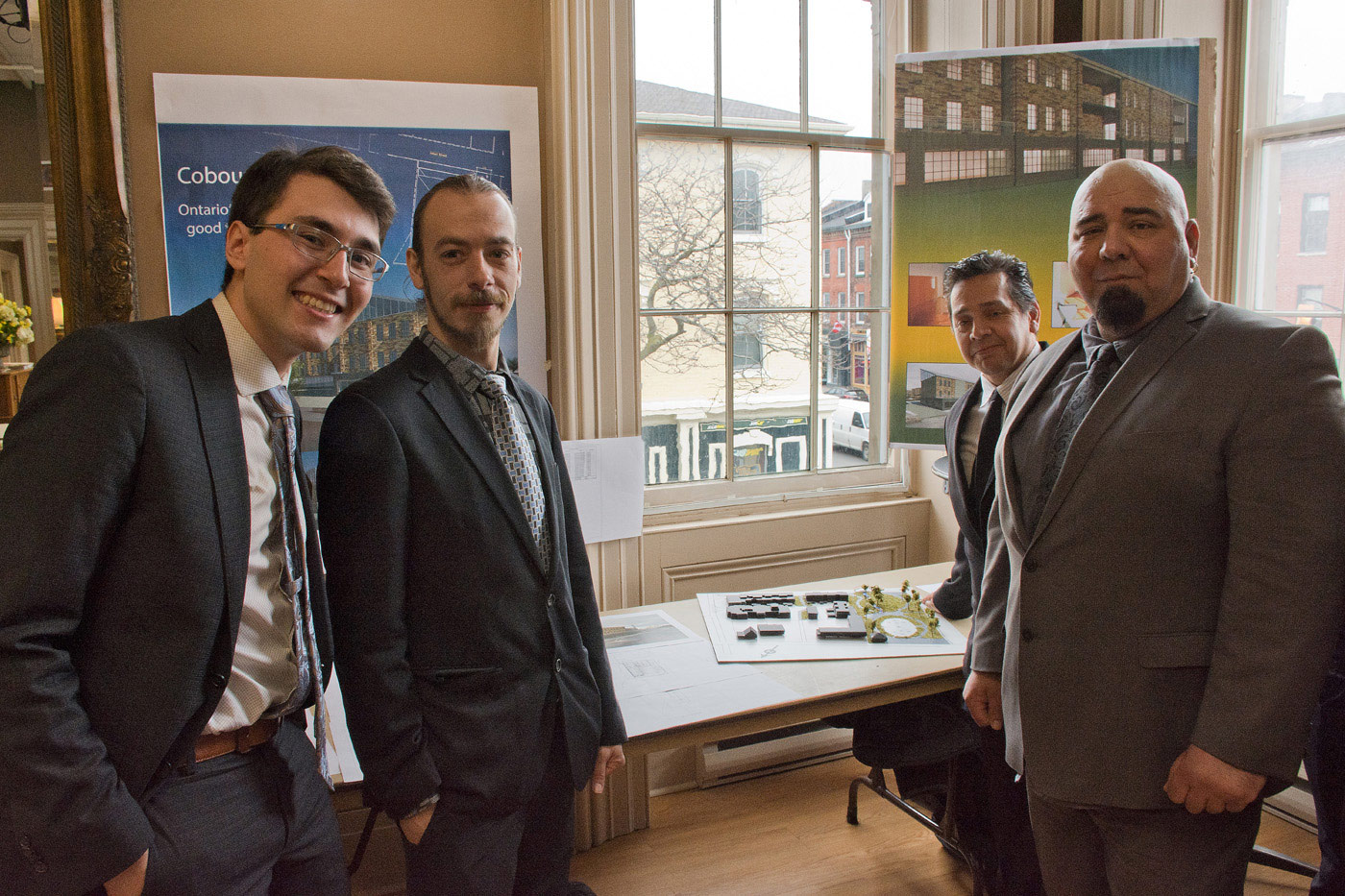 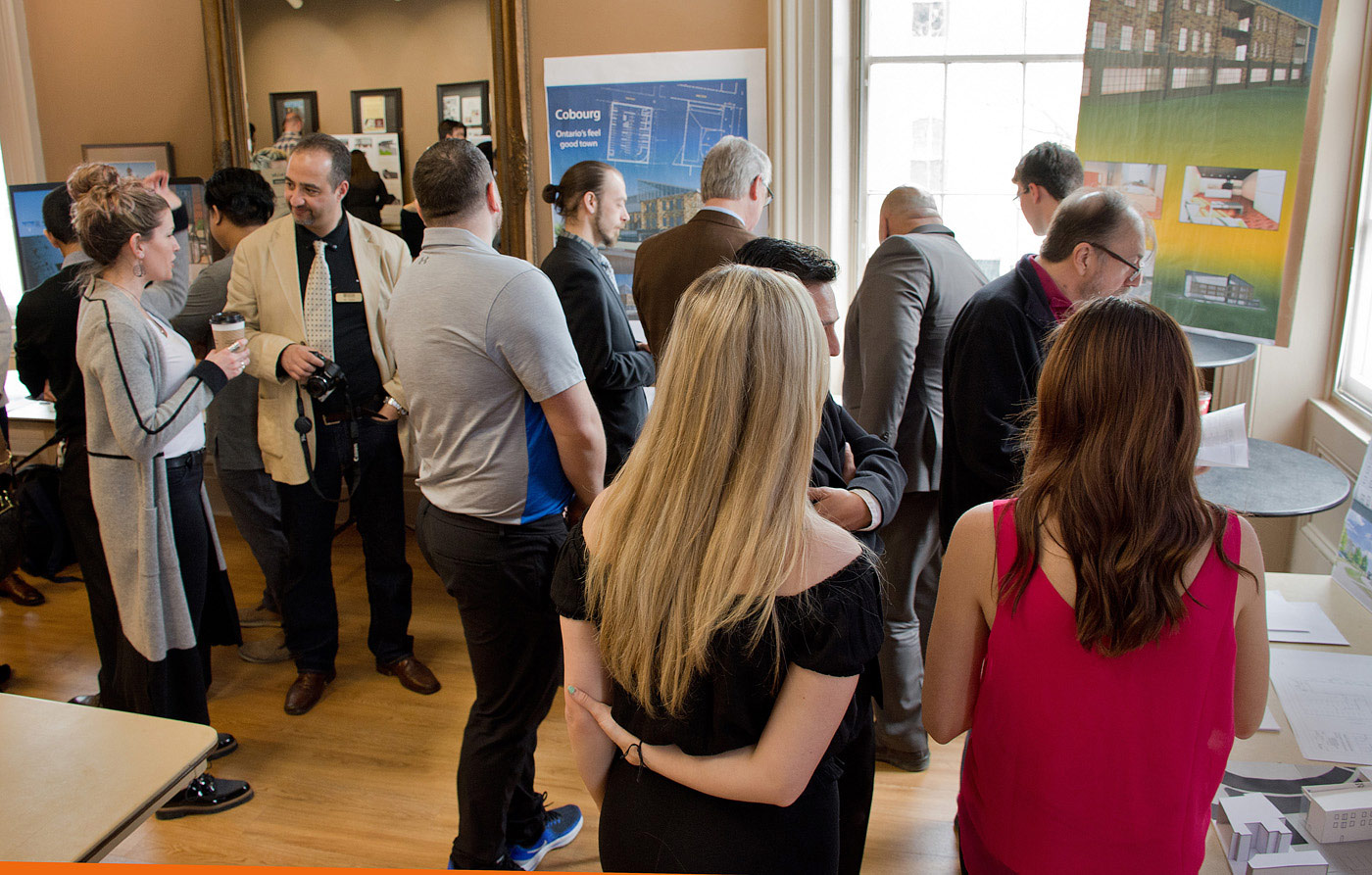 Note (March 2022): Links were to articles on Cobourg Internet site and now lost

Fantastic initiative. I wish this opportunity was available when I was an Architecture student. Great work from all involved.

Is the “Civic Forum” inside Victoria Hall? Seems to be, judging by the photos. Sorry I missed this display; my grandfather’s house was on that now-vacant lot. I remember the place as well as can be expected after all this time, before it became a parking lot.

Amazing work by these student teams. They were also keen to engage with visitors, communicating their ideas and listening to feedback. All the teams had at least one idea that garnered from me a response of ‘wow, that is a great and original idea for the site!’ and I have been a designer with site development teams for more than 30 years.
The Cobourg Planning Department also deserves a big thank you for their participation and encouragement of the students in their work. Students said they were given extensive background reading on town zoning by-laws, official plan etc. Many students said they appreciated the experience of a real life planning process.
And, a thank you to the local chapter of the ACO who encouraged its members to visit the exhibit. And, I saw at least one citizen member of the Council Heritage Advisory Committee there too in conversation with the student teams.
I agree with Mr. Draper’s comment that it is hoped developers of the properties would take interest. There were some creative ideas in optimizing usable space while tickling the boundaries of the building envelope and use restrictions. Ideas that are serious considerations in the current cultural master planning process, too.