Ed’s House campaign held an event on Wednesday May 22 to announce that they had exceeded their goal and along the way they gave some project details. There were about 150 people at the event including representatives from four Northumberland municipalities: Warden and Alnwick/Haldimand Mayor John Logel, Port Hope’s Mayor Bob Sanderson, Cobourg’s Deputy Mayor Susanne Séguin and Hamilton Mayor Bill Cane.  Between them, their municipalities donated $653K.  Also present (and speaking) was M.P.P. David Piccini – the Province provided $1.2M in capital and $630K operating funds for 6 beds although the building will have an eventual capacity of 10.  The idea was first suggested 2 years ago by Community Care Northumberland.  Gord and Patti Ley were then recruited as campaign co-chairs and the campaign was started only 18 months ago with a goal of $7M.

Brian and Kym Read then made a donation of $1M in May 2018 and soon after (June 6 see link below) the goal was increased to $9.3M with $8.1M donated up to that point.  This was helped in large part by a major donation of $1.5M by Ed and Diane Lorenz (photo above right).  That amount earned them naming rights so that’s why the Hospice will be called “Ed’s House”.  One of the donations listed, under the heading “Campaign Directors”, is  a combined donation by members of the Campaign and Building Committees who donated $1.6M between them – not only did they work on getting the project funded and built but they also made significant donations.  In talking about the hard work contributed by these committees, building committee chair Stewart Richardson said that 80% of the Capital Cost has come from private sources.  Stewart noted that work on building Ed’s House has already started and he has been asked for an opening date – When will there be a Grand Opening?  The Contractor Delren is expecting that this will be in June 2020.

In making the announcement of the amount raised to date, organizers set up a graphic divided into pieces then invited some of the donors to place the pieces until they formed the message that $9,810,998 has now been raised – that’s $500K more than the goal.

But this is not the end.  Just like the Hospital, ongoing funds are required which are estimated to be $500K to $750K per year.  To raise these funds, just like the Hospital, a Foundation has been established.  Called “Ed’s House Northumberland Hospice Care Centre Foundation”, it is a charitable organization that will look for ongoing donations.

Below are photos of the event including some of the graphic as it was being put together. 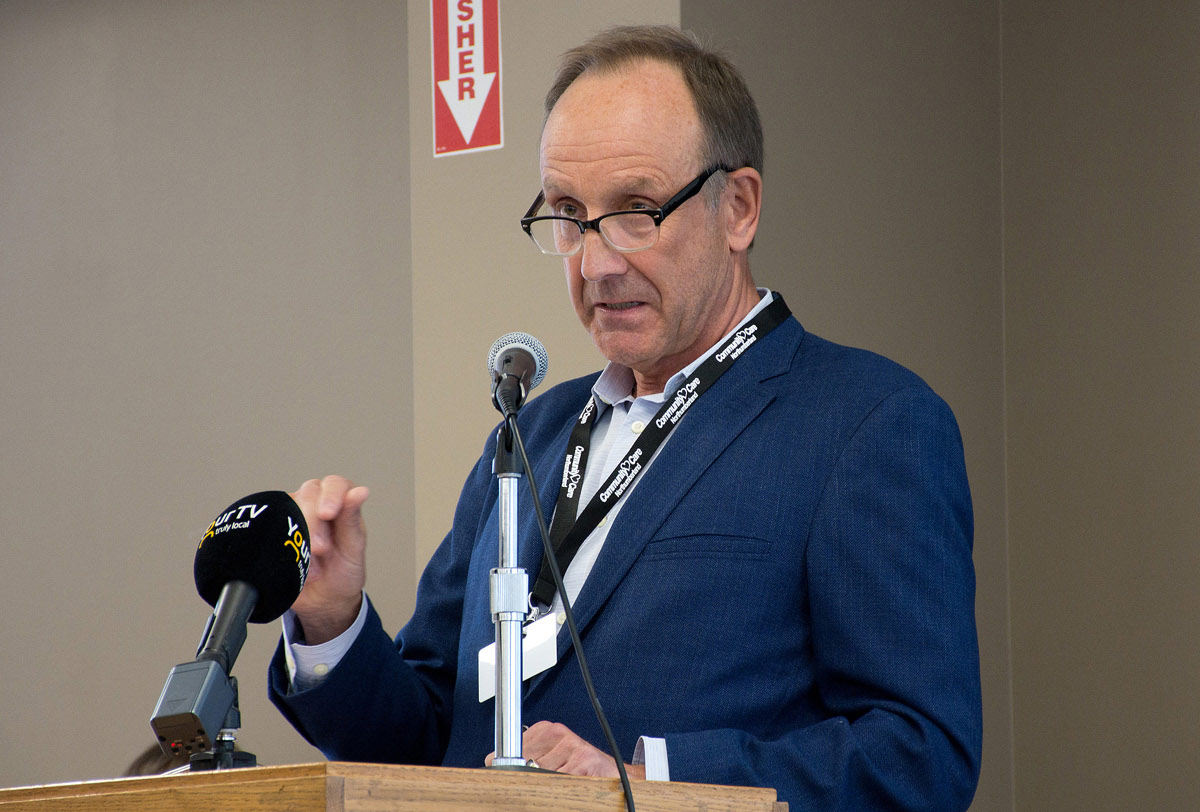 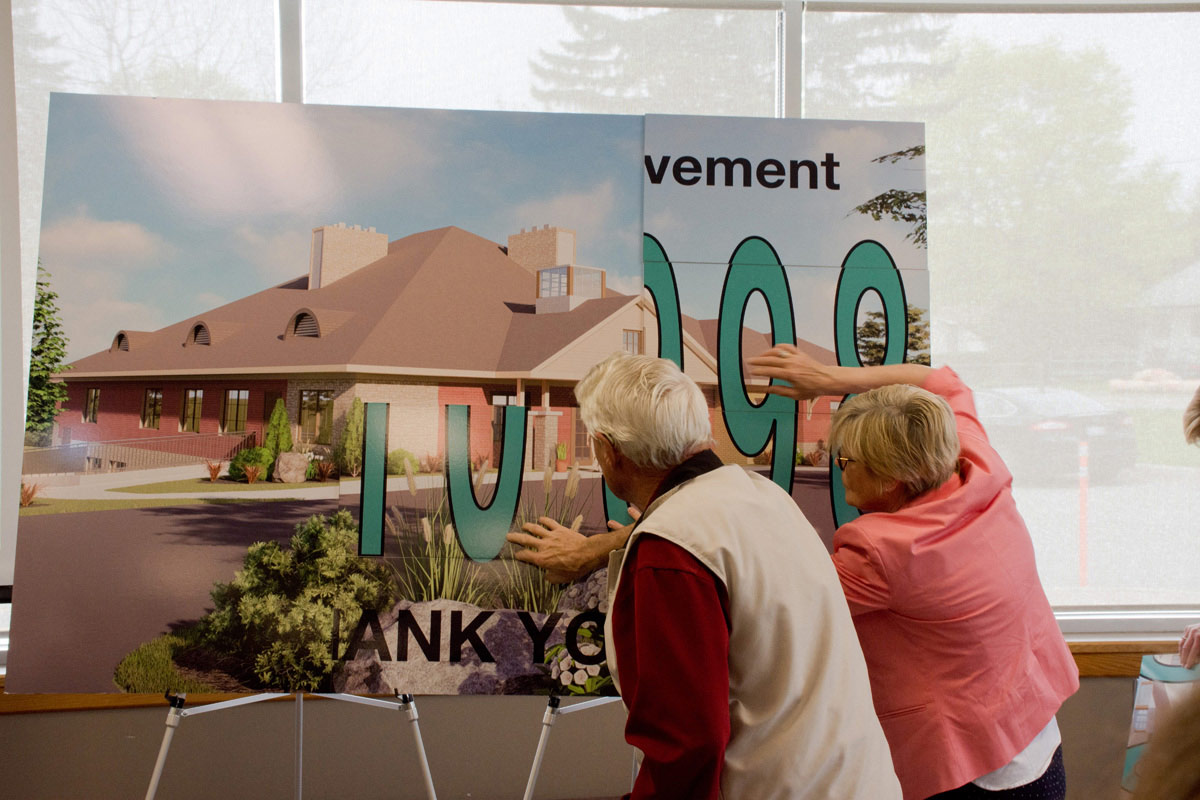 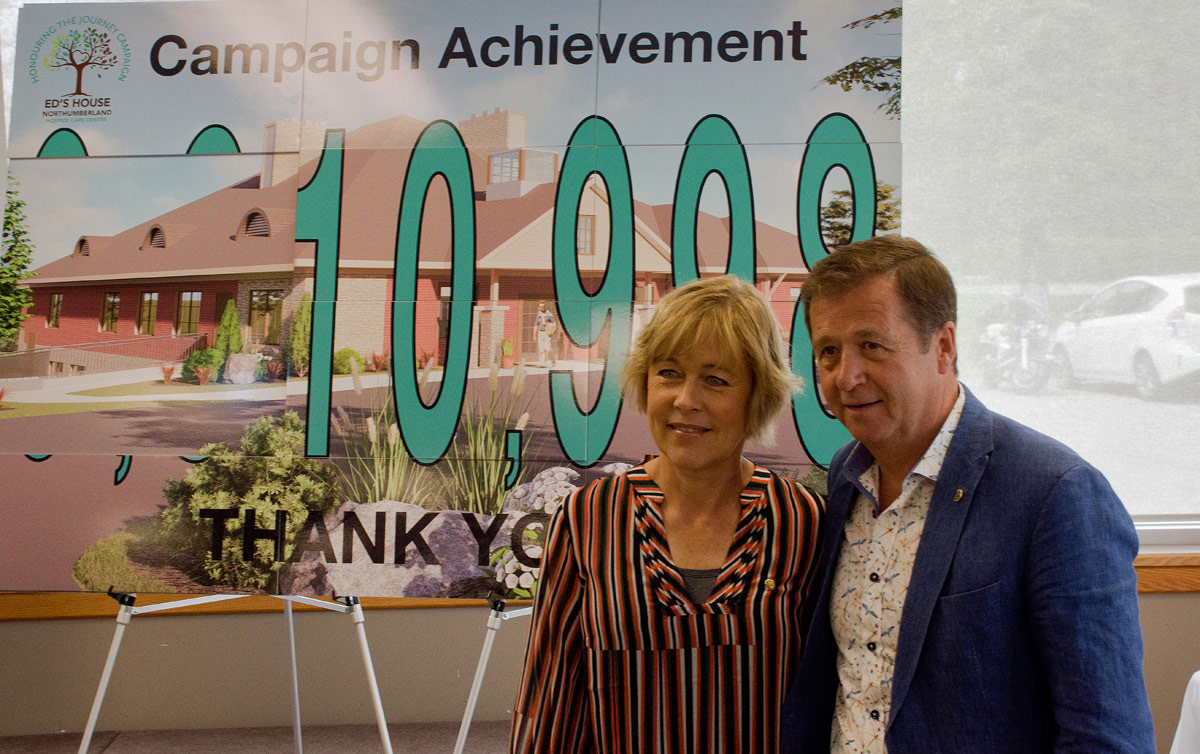 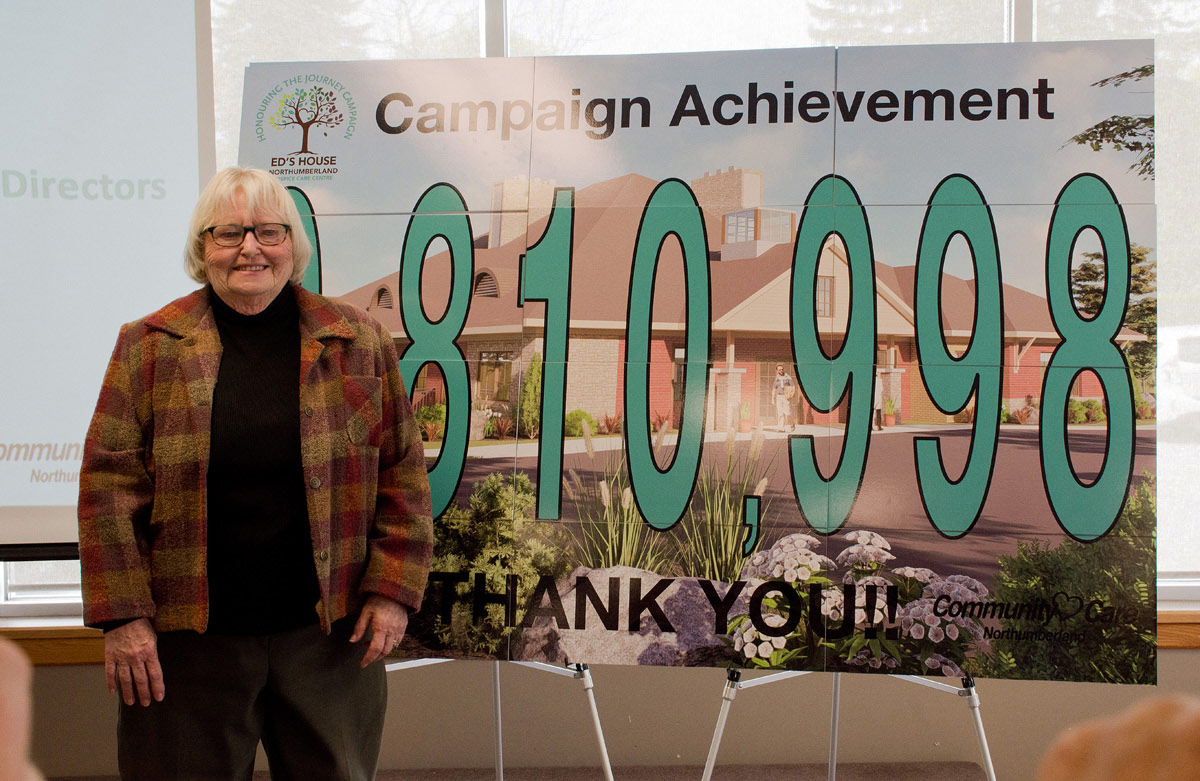 Proud to be a member of it.
Wish I could give more than the pittance I do.