On Saturday June 21, emergency services (Fire, Police and more) participated in an exercise to help prepare emergency responders on what to do. The intent was to simulate what might have to be done for an emergency on “one of the Town of Cobourg’s larger festival weekends, specifically the Canada Day long weekend, when the waterfront and downtown area typically play host to upwards of 40,000 people.“  A “missing child” emergency was simulated as well as a “mass casualty event” – a boat full of people in trouble out in the Lake.  I saw participation by lifeguards, the Cobourg Fire Department, the Trent Hills Fire Department, the Civil Air Rescue group from Niagara, an Ambulance, the OPP water Police and the CFB Trenton Air Rescue Helicopter – but there were others as well.

To get the most out of the exercise, a number of evaluators were deployed to note how things went so that future events could learn from the experiences.   A second mock emergency exercise is planned for October which will integrate lessons learned from this one.

Apart from firemen deploying a rubber boat (a small Zodiac?) and some mock patients on stretchers, the most visible activity was the helicopter.  Once the boat in trouble was identified, the Police launch sped out to it and the Helicopter simulated lifting people out of the water near the boat and returned to a landing spot at approx. the corner of Hibernia and Third Streets to meet an ambulance. Although it was impressive that they landed close to the Marina, the spot they landed on is always full of parked cars during any Major event.  Either they need to find a new landing area, or the cars need to be banned from that location or they could simply fly straight to the Hospital – see photos below.

Note that the beach is no longer flooded and water levels are a few inches below their recent record levels. 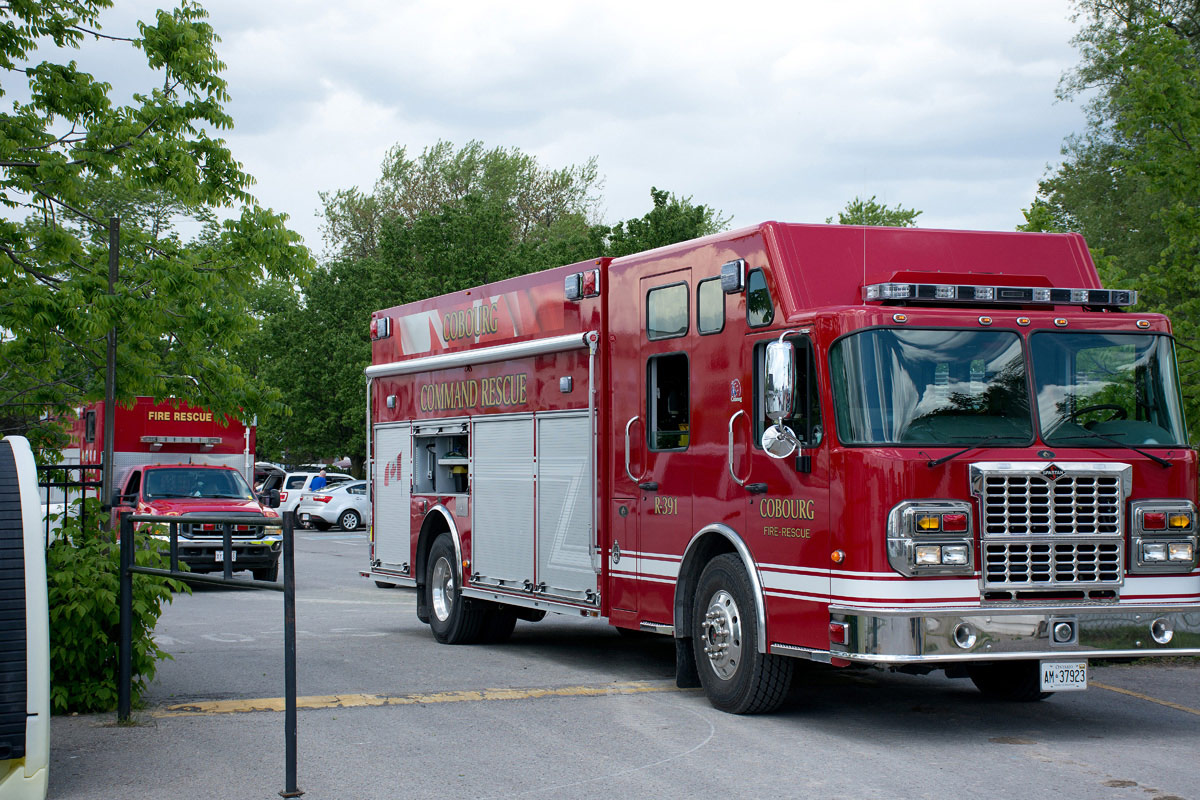 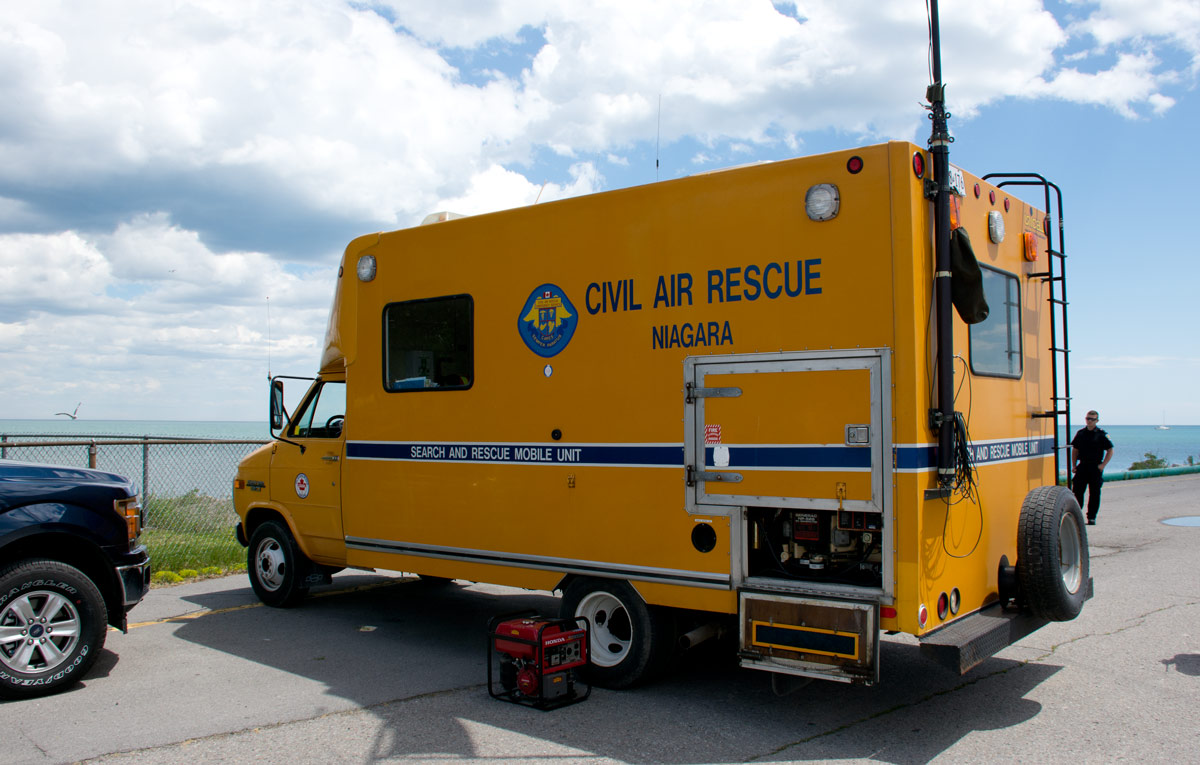 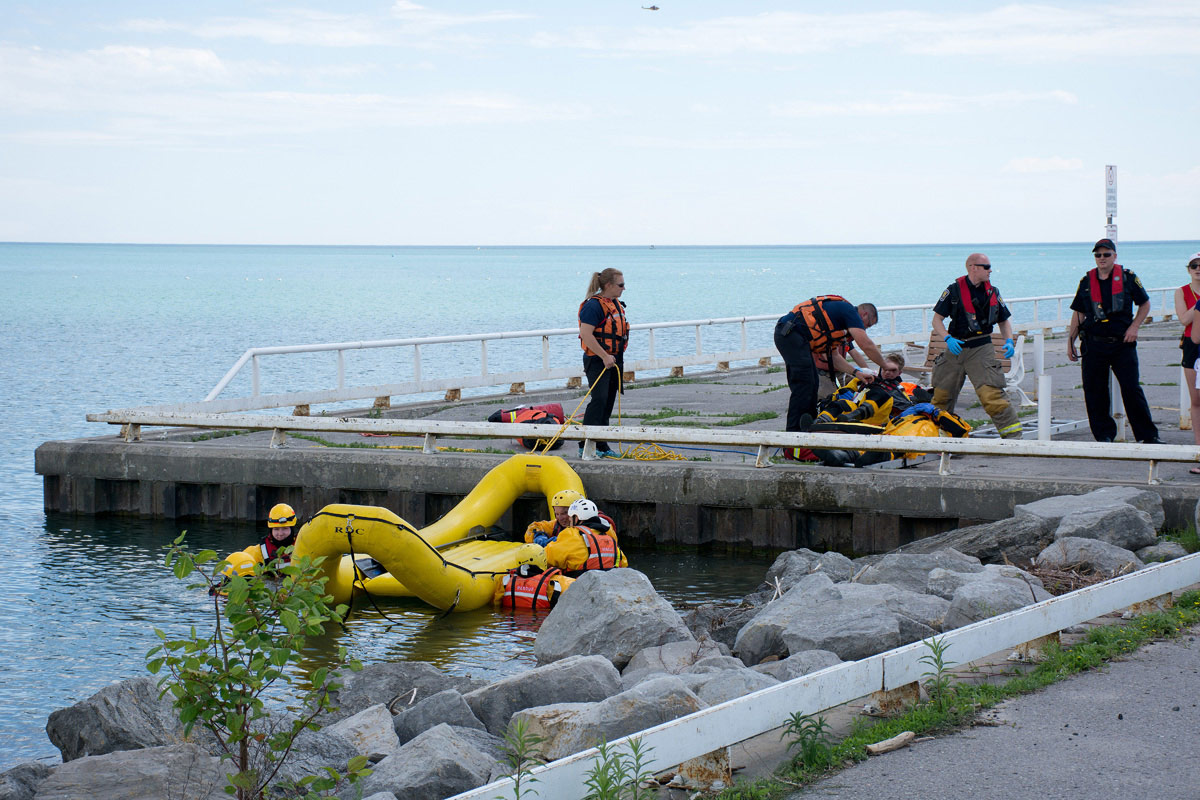 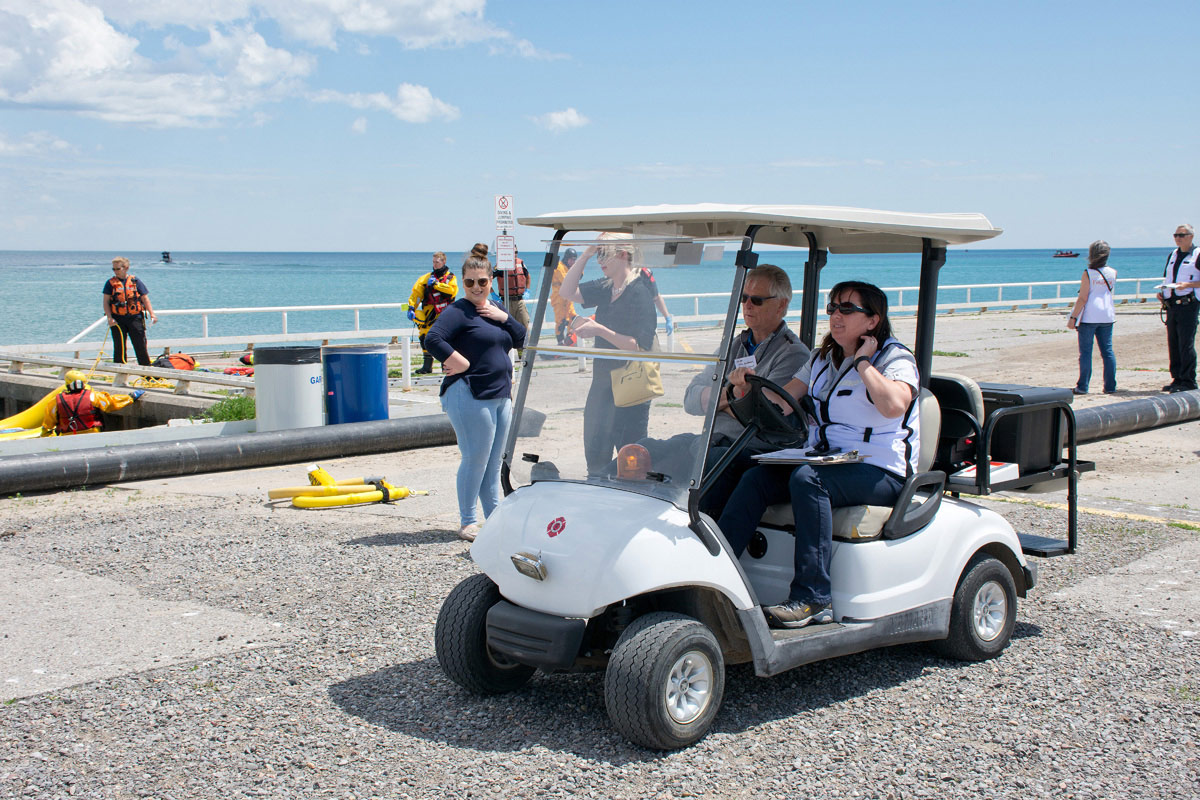 Our Ubiquitous Mayor was there 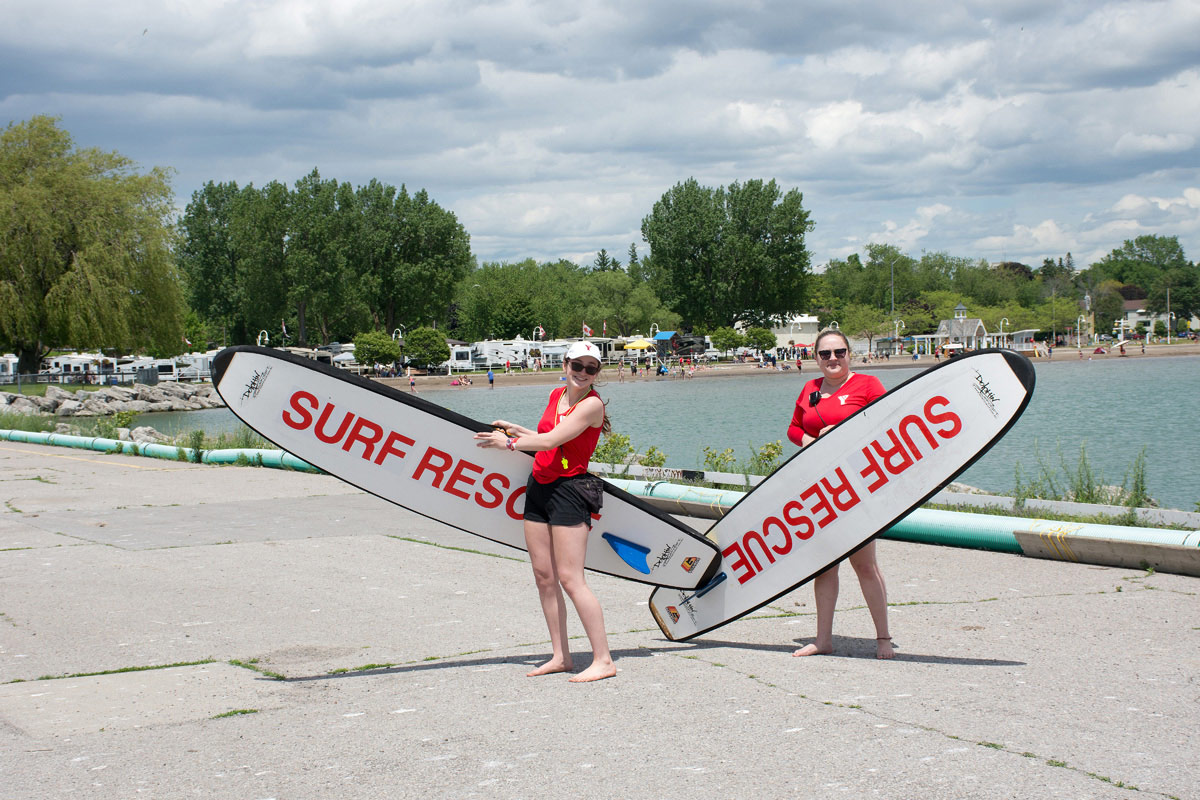 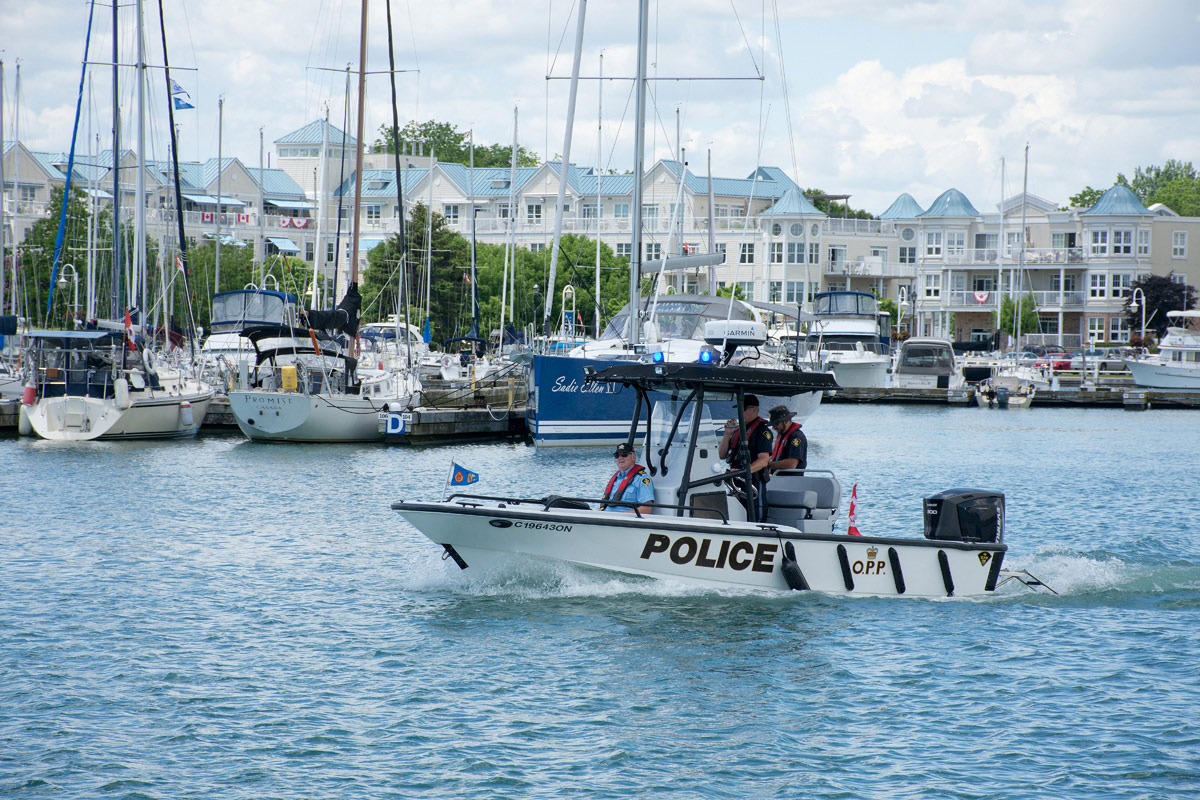 Police on their way 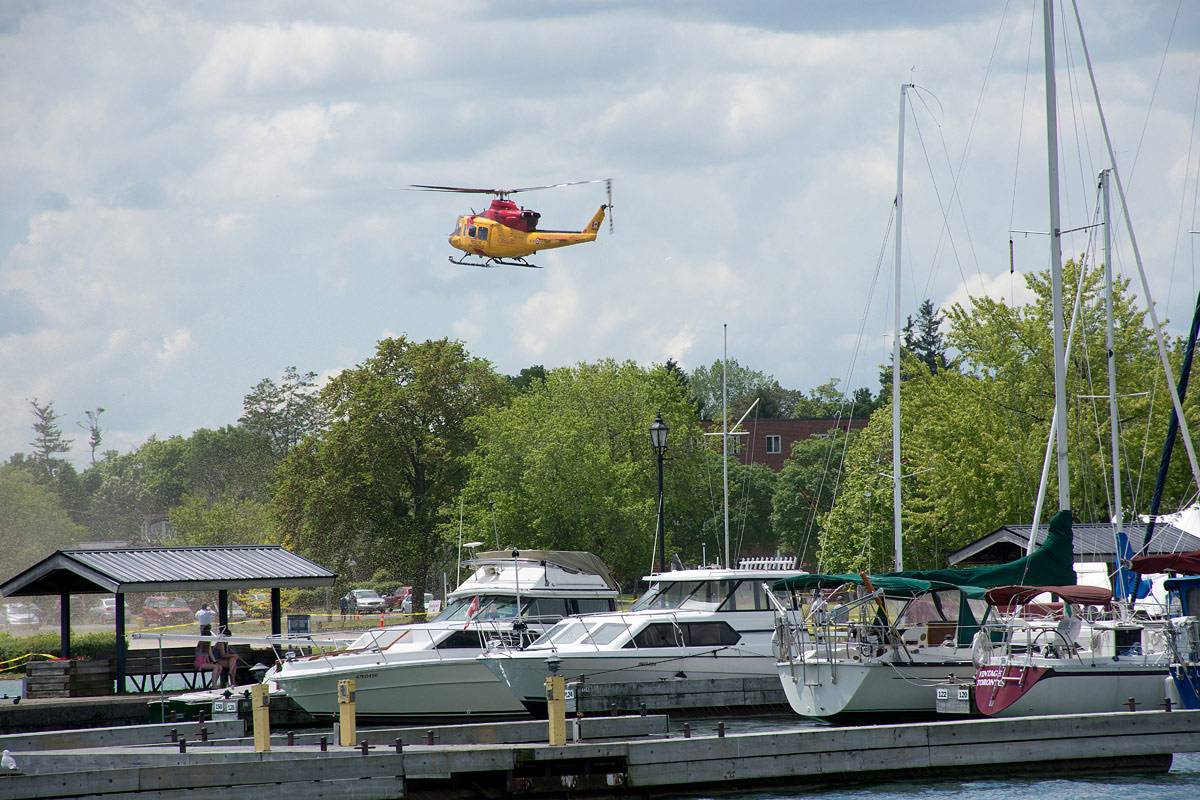 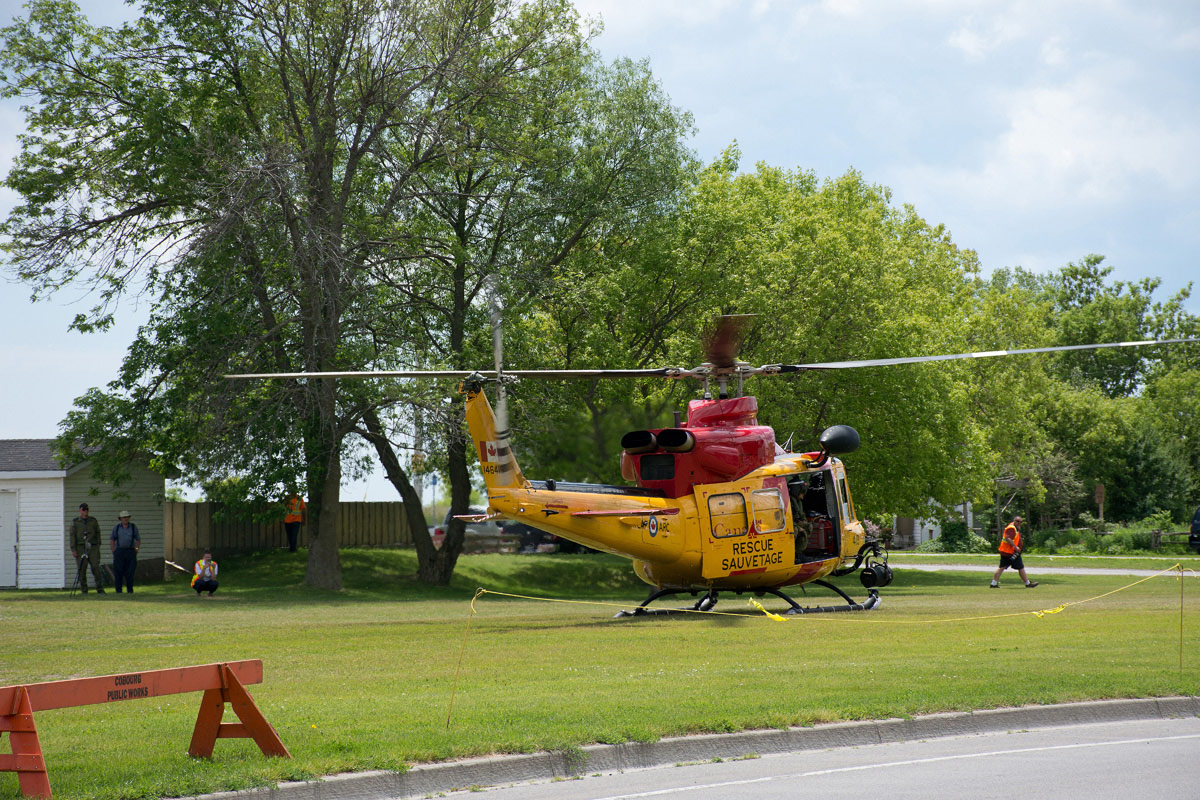 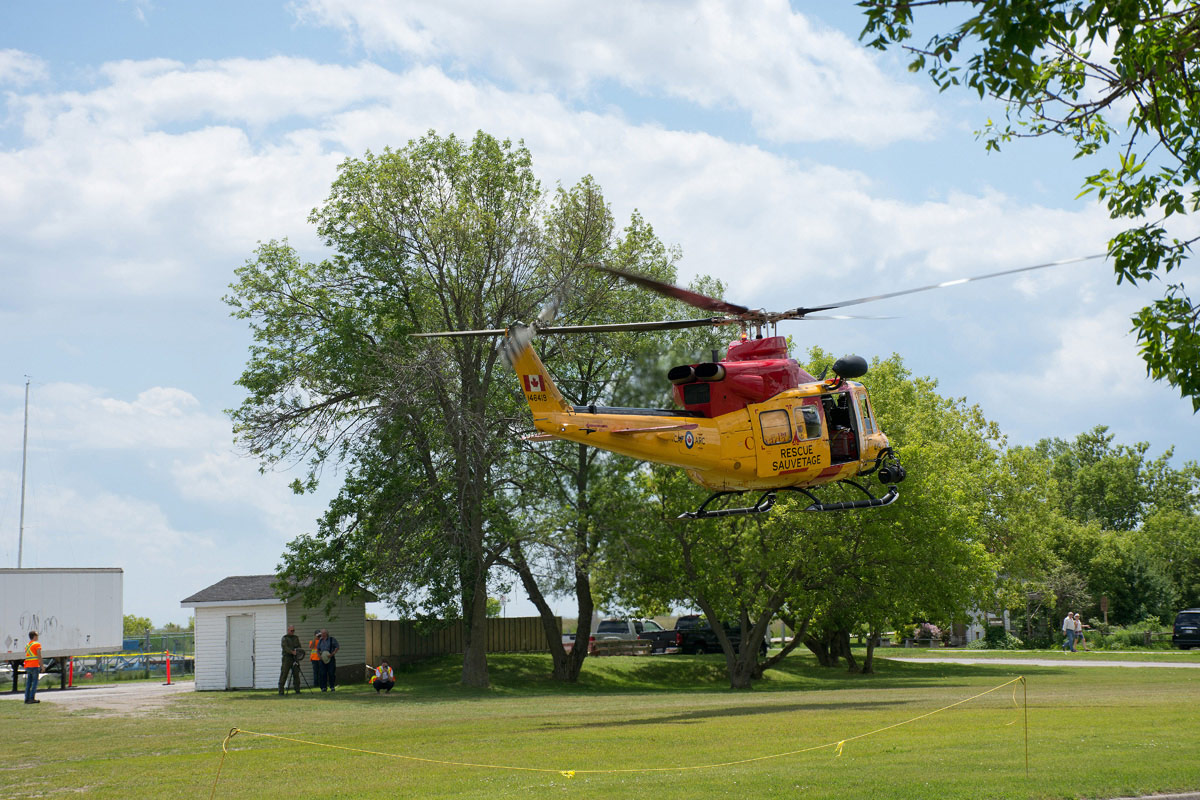 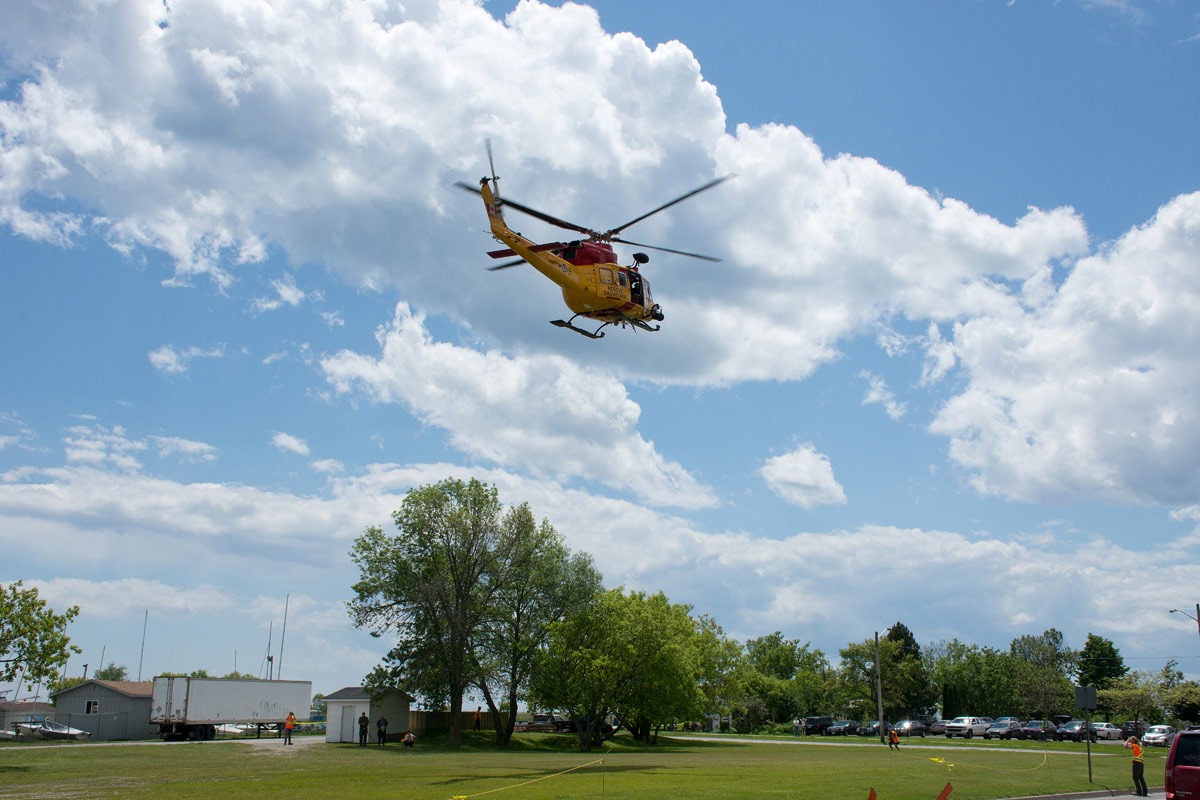 Practice makes perfect , where was our Police Service ?