In late August this year, a film production company was in Cobourg shooting an early episode of a new Netflix series, Ginny and Georgia (see link below) – and they were back again on Tuesday.  This time they shot a scene in front of Victoria Hall with a “Fall Festival” theme and they closed off King Street for the day. Lots of Cobourg passers-by stopped to look at what was happening but if you ventured past a sign (see text below), you could end up as a free extra in the film.   It’s flattering that film producers like what they see in Cobourg but also the crew needs to eat so they do bring business to the Town.  The Town does charge fees for various services (see the link below) so it seems to be a win-win situation.

The Town’s announcement said that “access to Victoria Hall will still be made available to citizens through guided walkways to avoid disruption of filming. The production company and the Town of Cobourg thank citizens in advance for their patience.”

Ginny & Georgia Season 1 will have 10 episodes and is expected to debut in 2020.  It’s a mother-daughter drama and stars newcomer Antonia Gentry (Candy Jar) in the role of Ginny and Brianne Howey (The Passage) as Georgia.

“Ginny & Georgia” centers on Ginny Miller, a fifteen-year-old who often feels more mature than her thirty-year-old mother Georgia Miller. After years on the run, Georgia wants to put down roots in the charming New England town of Wellsbury, Massachusetts, and give her family a normal life. For Ginny, that means navigating a prestigious school, rising popularity, and complicated love interests.

Below are some photos I took of the event.  Above right shows some spectators. 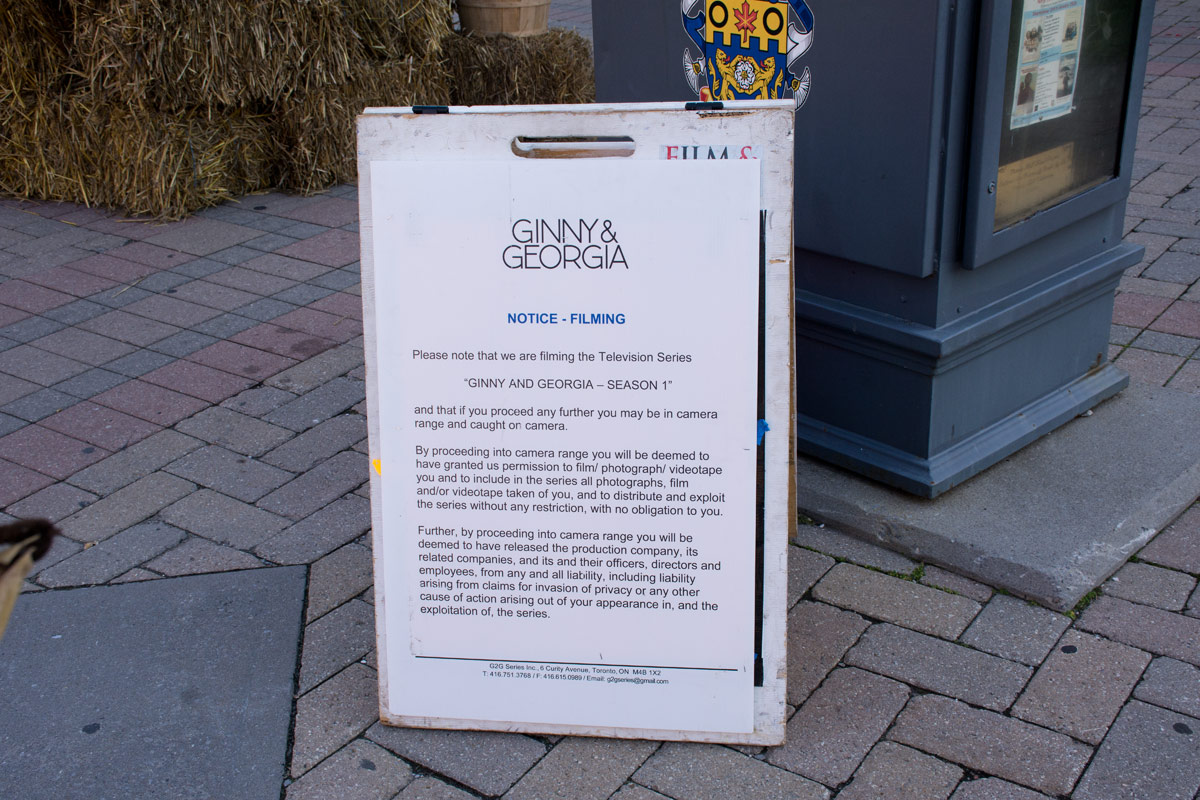 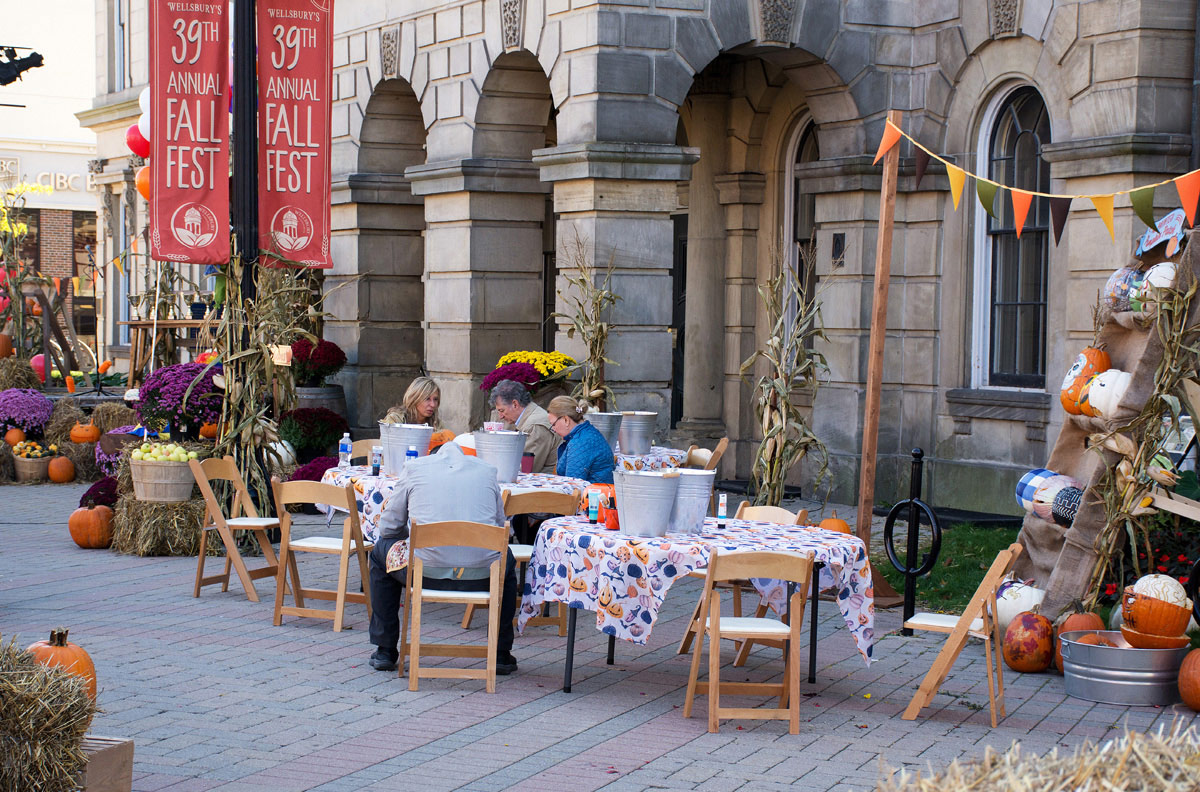 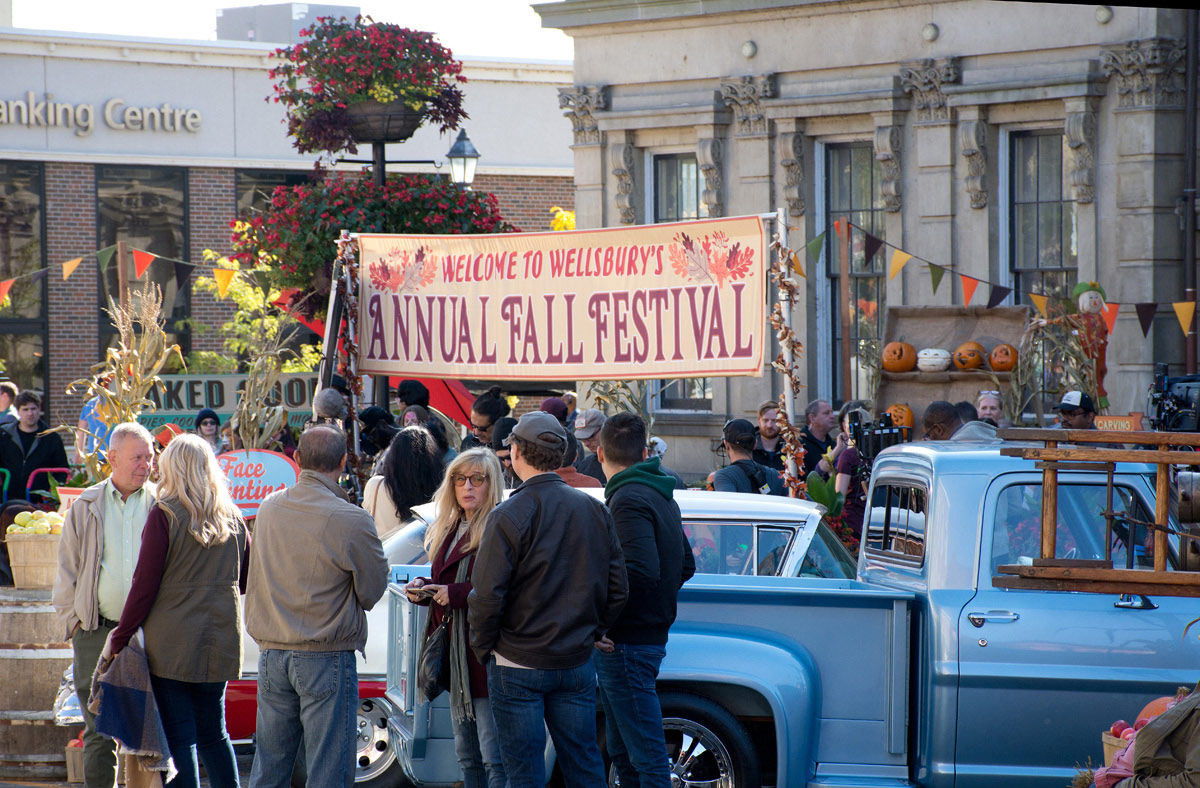 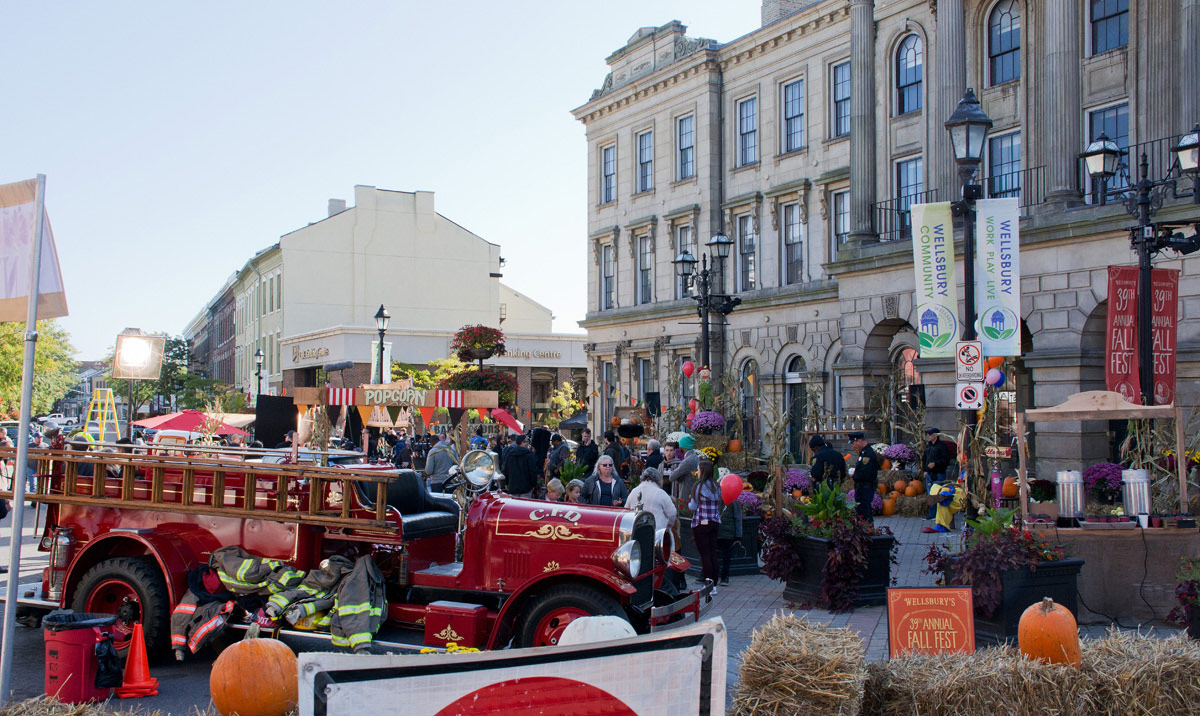 Please note that we are filming the Television Series

and that if you proceed any further you may be in camera range and caught on camera.

By proceeding into camera range you will be deemed to have granted us permission to film/ photograph/ videotape you and to include in the series all photographs, film and/or videotape taken of you, and to distribute and exploit the series without any restriction, with no obligation to you.

Further, by proceeding into camera range you will be deemed to have released the production company, its related companies, and its and their officers, directors and employees, from any and all liability, including liability arising from claims for invasion of privacy or any other cause of action arising out of your appearance in, and the exploitation of, the series.

This show has been done before…Gilmore Girls.

Unfortunately, it is highly unlikely that the film crew will be eating in local restaurants. When we had an old Cadillac it used to used for films from time to time. My husband would take it to the film location and he would be fed – very well – from the commissary truck which would have been brought up from California together with its provisions and cooks.

But I understand that when IT2 was filmed in Port Hope all the crew patronized local restaurants.

I know a number of Port Hope people who worked on IT2, either as extras, or technicians of some sort. I noticed that a number of those Port Hope people were working in Cobourg on this Netflix movie. They all received remuneration. My trike was used in the movie, Dear Viola, and I received several hundred dollars for it’s use. There are numerous ways that $$$$$ changes hands when the movie makers come to Cobourg.

I was having dinner at Best Western yesterday evening, when a busload of extras and technicians pulled up and walked into their own dining room for goodies of some sort.

While I agree with your point that filming. In Cobourg is a win/win situation, I also believe that the Town should form a volunteer-based film committee to regulate and even promote production in the Town but also to regulate the projects to minimize citizen inconvenience.

I agree, Thursday (today) is the third day King St. has been closed

I went there this morning (today, Wednesday) at 10:30am and passed right through on my trike. King St is not closed today, nor will it be closed tomorrow, Thursday.

Do you mean the sidewalk??? Closed to cars on the street!

Darn, I mean Wednesday at 10am still closed

I think it should cost more than $500 to close off King St. (Hwy #2) for a day. Perhaps a business person should review the rates we charge for movie companies to basically get a free “set” for their movies or TV series.

Totally agree that the price should be much higher! Twenty-five years ago, exterior shots of my home were used for a TV series. Our street was blocked off for only one hour, and I was paid $200. by the film company.

20 years ago in Toronto, they were filming on Glenwood Avenue and we loaned out one of our washrooms for the crew. We ended up with about $200. So, yes, we are selling ourselves short. And if you make your dog bark, the sky’s the limit as to what monies are required to keep Fido quiet.
😁

Absolutely!
If Wally can get a few hundred bucks for the loan of a tricycle, then we should be getting A LOT more to close off our main street and to have them use Victoria Hall as a backdrop. Who drew up these rates?

A curse on both their houses.

Port Hope does not charge a flat rate to close down a street, but it does require that the movie pay all the expenses to do so. http://www.porthope.ca/filming-in-port-hope

Peterborough does not charge for street closures, but does have a $525 movie application fee.
https://www.peterborough.ca/en/city-hall/resources/Documents/Applications-Licences-and-Permits/Guide-to-Filming-in-Peterborough.pdf