A new pub called “Taps and Corks” has opened in Downtown Cobourg – at 70 King West – and it has a new formula.  Buy your food or nibbles, maybe on King Street, and bring them in and savour a craft beer or wine.  Andee and Tracy Kitchen got the general idea of their new venture from a place in Edmonton then they researched where they wanted to set up.  They looked at a number of Ontario locations but liked Cobourg the best. Andee said that they “serve local craft beers, wines and ciders from around Ontario and provide a cool comfy place to enjoy each and every sip with your friends. … I guess you could call us a café but with beers.”

At the grand opening on Wednesday, Town Crier Mandy Robinson did her usual cry and MPP David Piccini was there along with Deputy Mayor Suzanne Séguin and councillors Adam Bureau and Nicole Beatty.  David said that he is a big fan of craft beers and said that he would likely be a patron where he could leave Politics behind and just enjoy a beer.  He thanked Andee and Tracy for setting up in Cobourg.

Their premises are in the store previously occupied by Romancing the Home and before that it was the Cultured Kitchen Store.  It’s not huge inside – cosy would be a good description.

See the photos below for more. 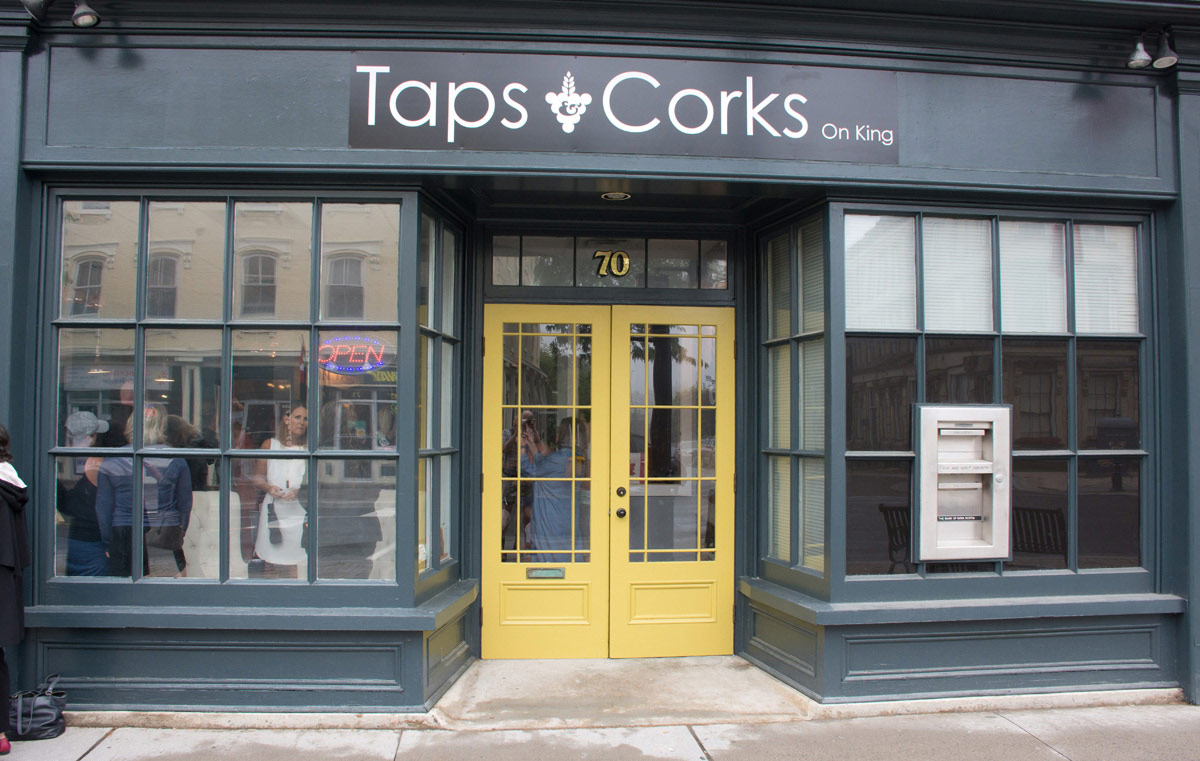 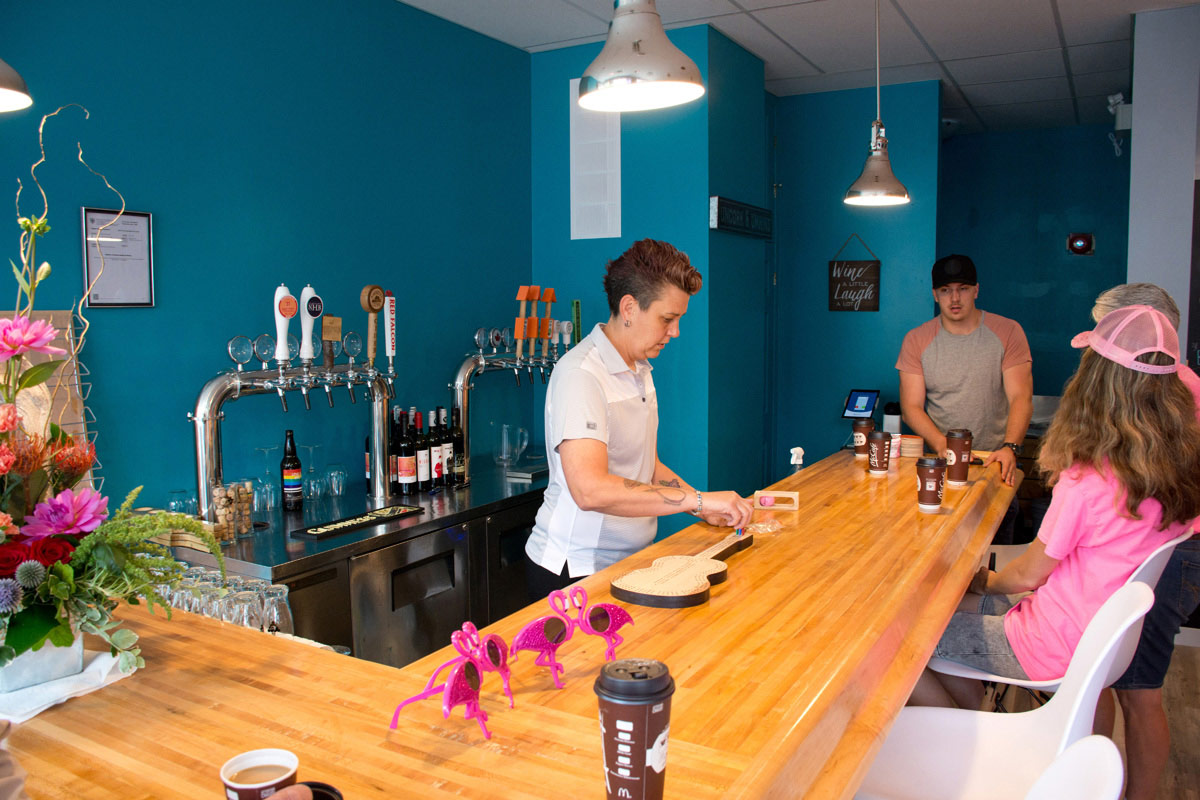 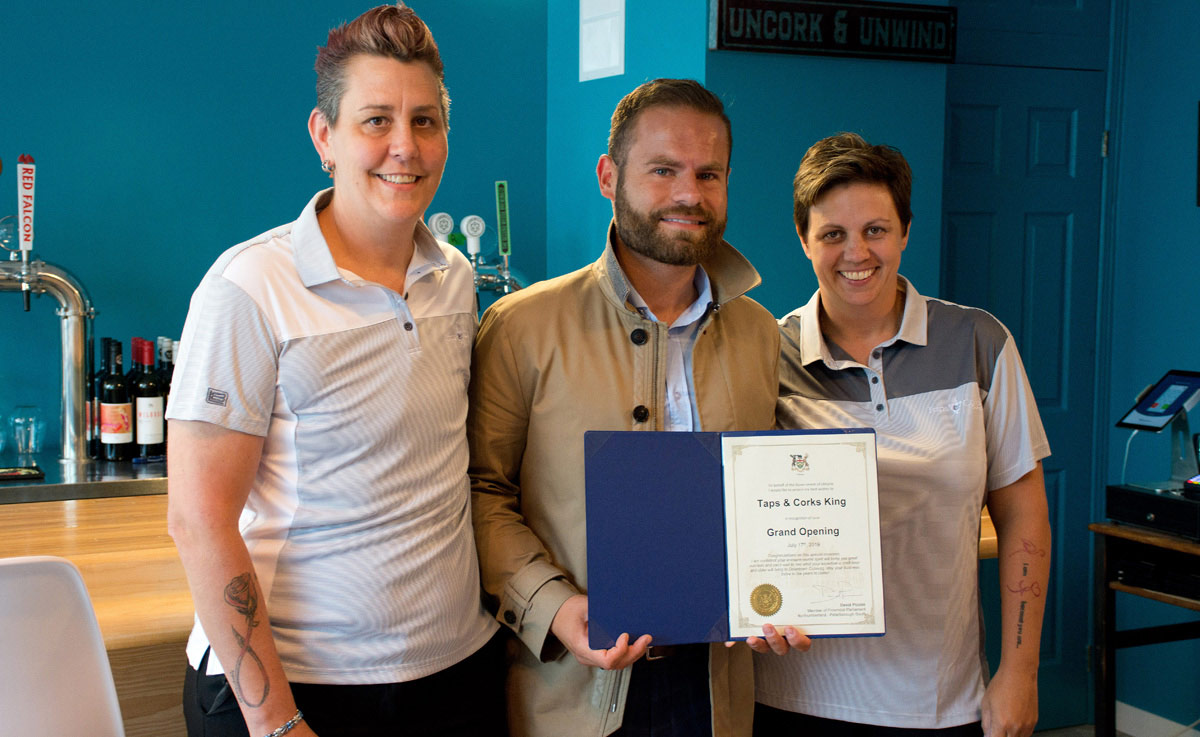 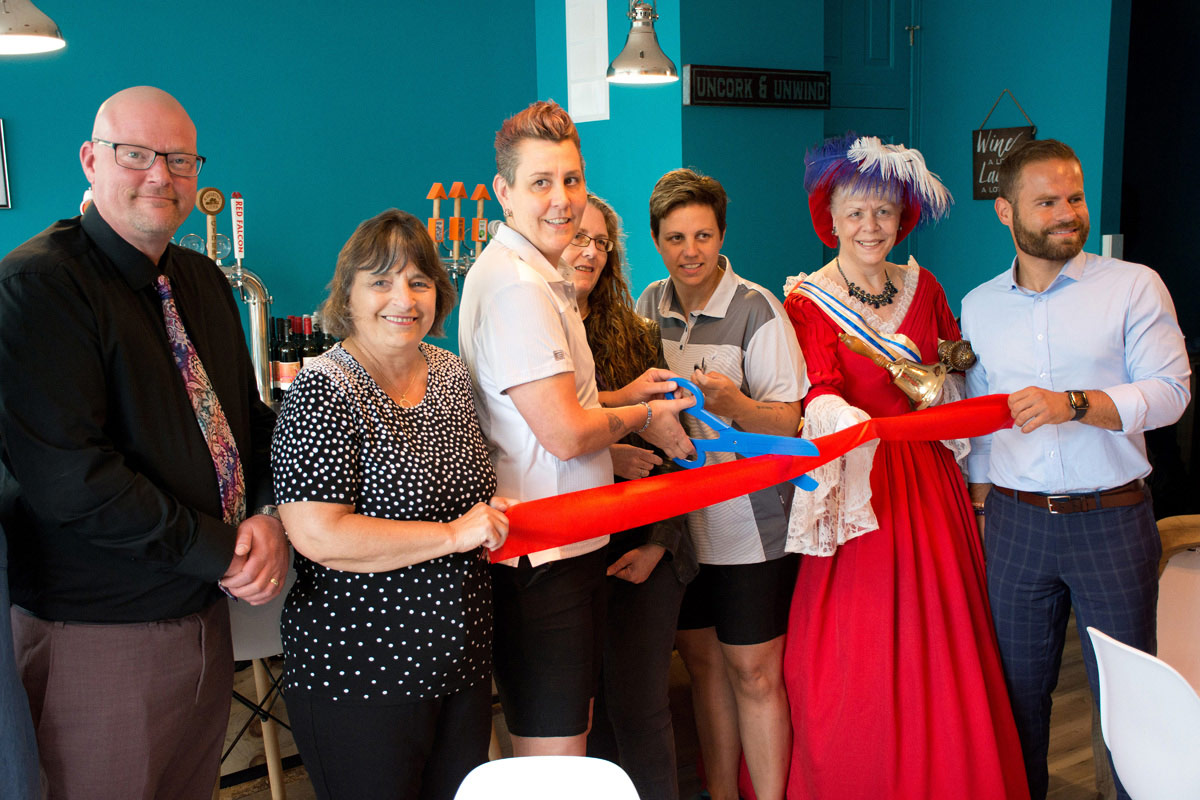 Having a dedicated LGBTQ space in Cobourg has also been something we’ve long been lacking. Not to say that anywhere has been -unwelcoming- (far from it!) but there’s still something about making the support so public in all of their branding and interactions.

Who is giving minus votes to inclusivity?

Love this idea! Can see any number of events being uncorked with the wine …. guest speakers… mini TED talks…..comedy nights…