At a ceremony yesterday, 31 new apartments at 86 Munroe Street were declared available for rent.  But prospective renters were not waiting for the official opening – there were 100 applications received for the 31 units and several have already moved in.  The project was conceived and is owned by “Affordable Housing Solutions Corporation” but is funded with help from the Federal Government, Provincial Government, Northumberland County and the Town of Cobourg although details of the funding split were not released.  There are 27 one-bedroom units and 4 two-bedroom units of which 5 are accessible units.  The building has a shared amenity room and a laundry facility for all residents. The apartments rent for approximately 80 per cent of the average market rate in Northumberland County.

Josef Ger, CEO Affordable Housing Solutions Corporation, said that “Housing is becoming increasingly out of reach for many seniors, especially those on fixed incomes,” and “Every Canadian deserves a safe and affordable place to call home and I am elated that we were able to work together to provide qualified Cobourg seniors a new residence they can afford.”   Josef said that in the Fall, work is expected to start on an adjacent building at 82 Munroe Street which would have 34 rental units.  These would be similar quality but would rent at market rates.

In addition, one of the new residents, Susan Caron, spoke of her experience and how pleased she was to move into the new apartment.  A few years ago, Susan suffered a stroke and was in Northumberland Hills Hospital for 8 months.  She then struggled to find a suitable place to live but eventually heard about 86 Munroe, applied and was accepted.  She said that other residents were like a family to her – she was obviously happy with the end result. 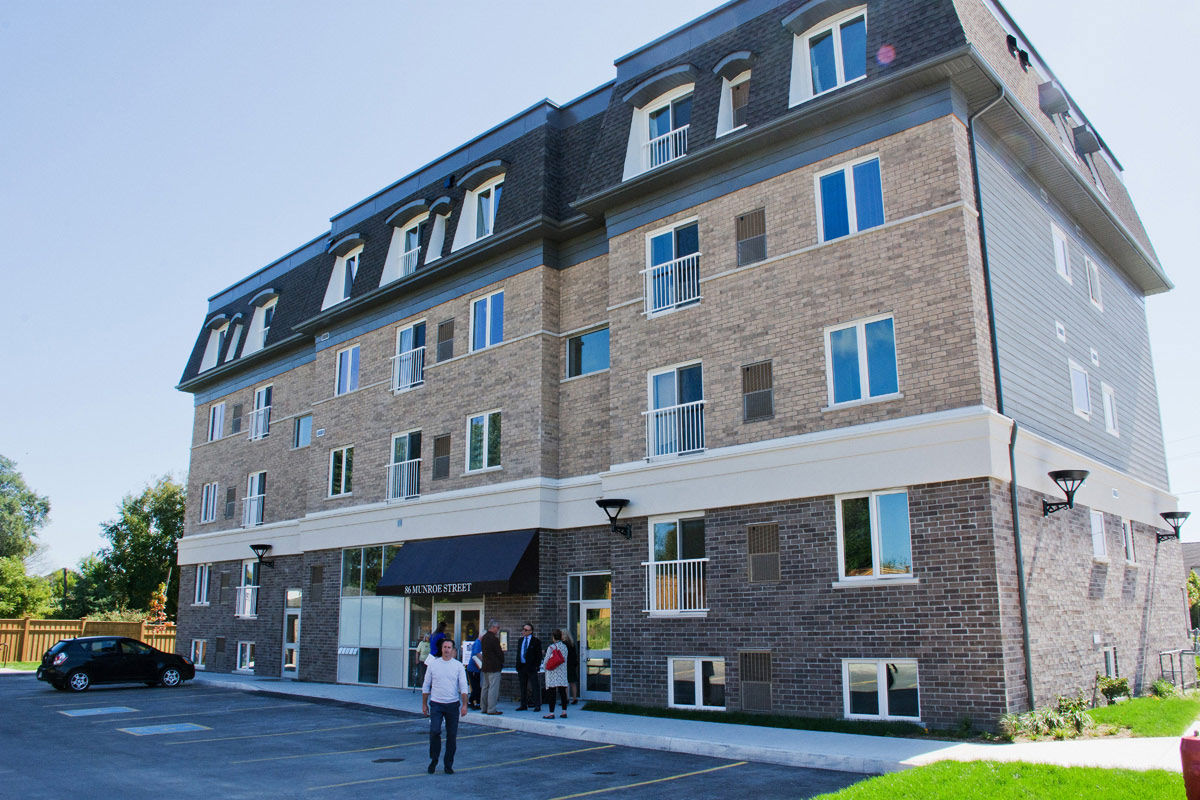 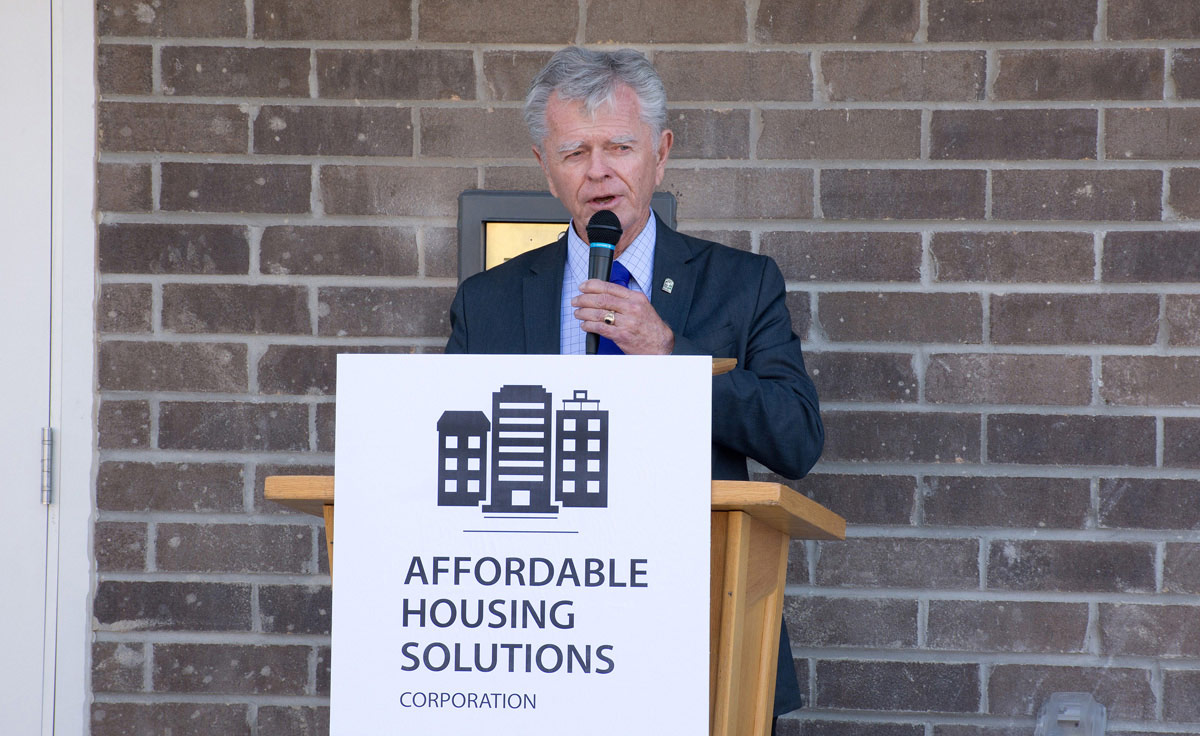 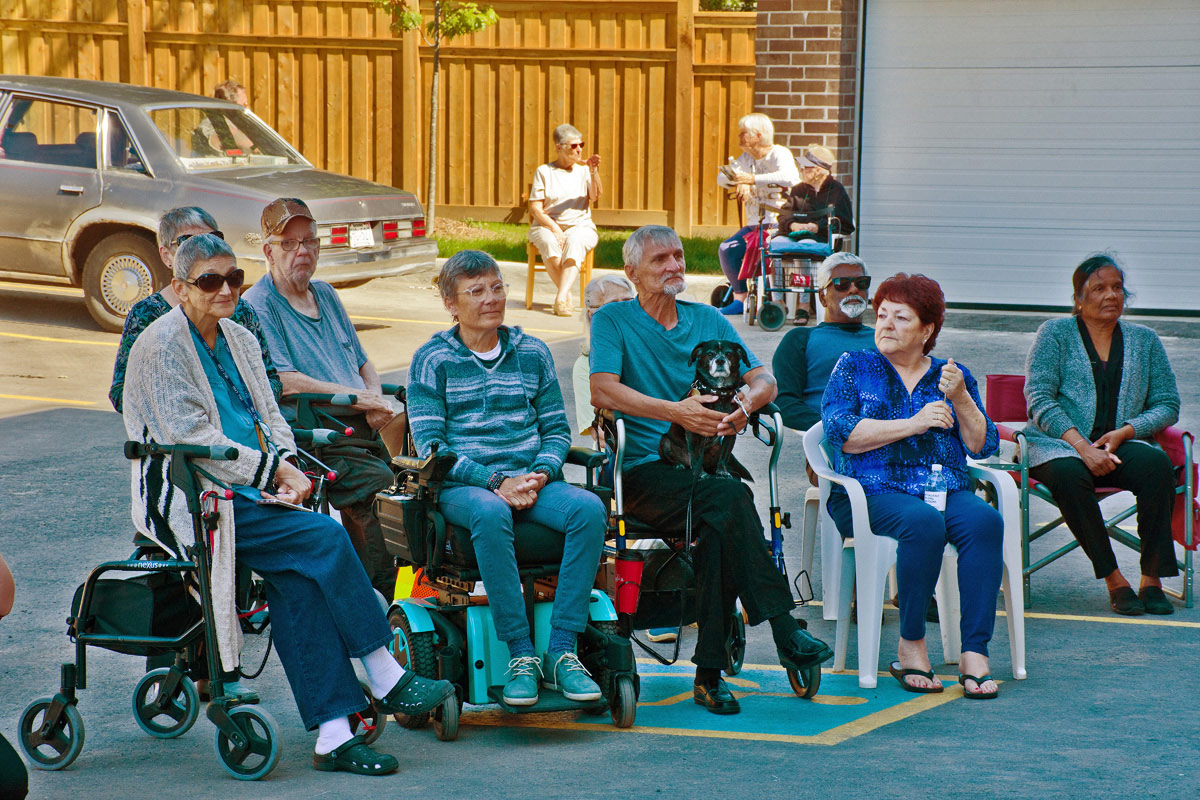 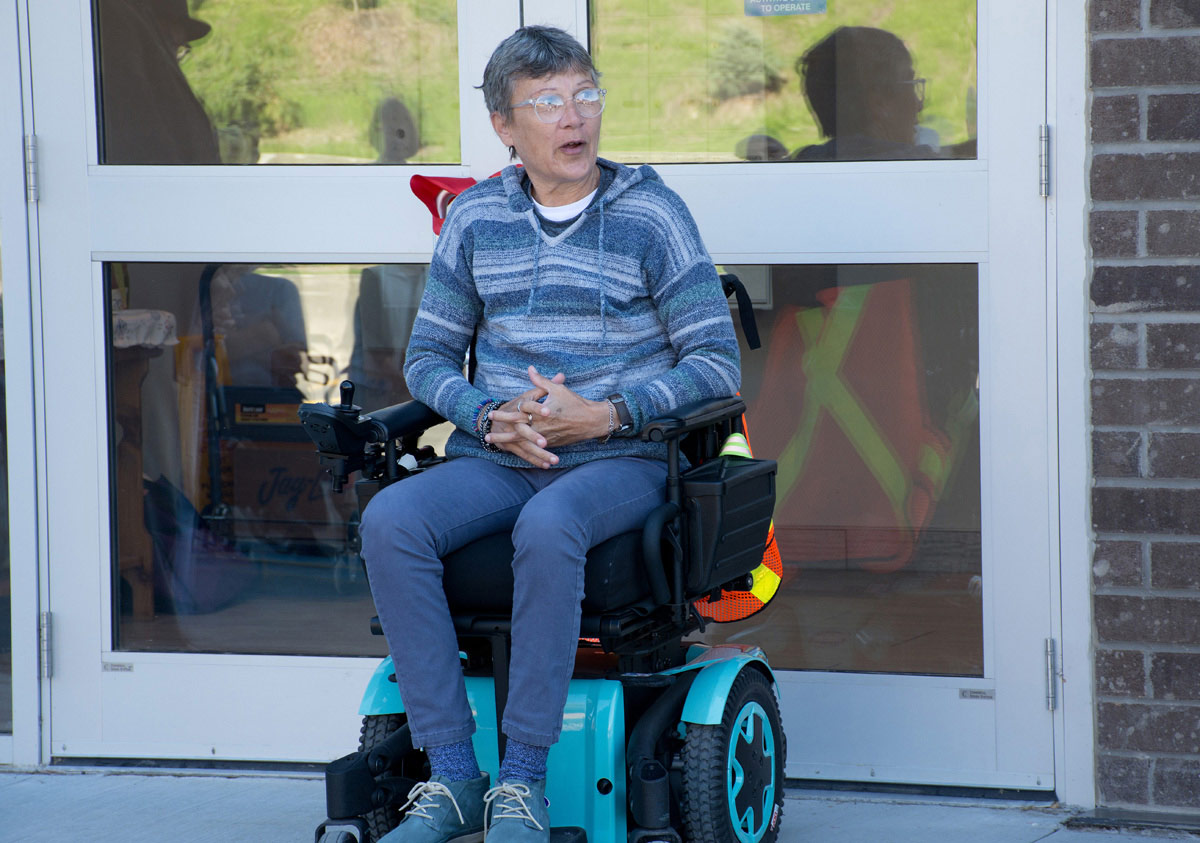 l think this is a wonderful “good news story”!! We have few enough in this day and age. It’s too bad that there always seem to be folks who feel the need to rain on every parade.

Why can’t they just say the actual monthly charge for a one bedroom and two bedroom apartment.? Are they all different based on what income the renter has?

The article clearly says the rent is “approximately 80 per cent of the average market rental rate in Northumberland County”. It is not RGI – rent geared to income. I wonder what rental rates are used to determine market value – multi-unit apartment buildings for sure; houses converted to apartments?; other low income of fixed rate units? Since many high rises are charging outrageous rents, that market value times 80% is still out of reach for some renters referred to in the article as ‘seniors’. One might learn what today’s rate is by making an application or at least asking the property management directly.

When your in Cobourg where there is a Captive market and only small infill apartment buildings like these going up as the Planning Dept has controlled the size and height of new builds for so long that no large builders or buildings have come to Town .
Try and find a 900 sq ft apt. with covered parking a pool ,in door gym and a activity rm in this town for $1,400.– PER MONTH INCLUSIVE OF heat & hydro
that is the average in Peterborough and Belleville In Cobourg your $1800.– Plus Plus and no pool or covered parking I know 2 retiring local realtors that just made the move despite the fact their roots and family are here By the way the Hospital is far superior as is the shopping

So what are the rents and what are the percentages or $ as they breakdown through the system
at each step before it reaches the tenants pocket ??? any one know or do we just believe !
I know that when I purchased a new $725. 00 wheel chair for one of the senior family members just 2 yrs ago
one of the health care providers at Extendicare suggested that this person qualified for Assisted Living Devices
through the Province and we would only have to pay 25% of the cost of the chair we estimate $180.00 our share — a younger sibling in the family applied and after all the paper work and a prescribed
device was ordered by a licenced Physio therapist 3 wks had passed and the very same chair we had previously ordered arrived Guess what our cost was just around $680.00 if that was 25% that would
and did place the now value of the chair at $2750.00 So thanks to all those tax payers that were duped
into believing in our subsidized system really works I am still waiting for an answer from my MP and past MPP

Where did you buy the wheelchair?

And there is no process to recycle any part of that expensive electric chair no matter how little it was used.

In 20 years, these 31 units will revert to market rent.

better have a job by then

Heaven forbid that the owner/developer makes a profit so that they can hire all those construction workers and build more units.

Real affordable housing is tied to income. This doesn’t make the cut!

Sadly, it meets the provincial definition of Affordable, which naturally enough for a definition decided by government, doesn’t actually mean affordable.

Go ahead and give us your definition of affordable housing. Include the percentage of income it should be tied to and how you determined that number.

Governments set the max. % of income a renter should pay rent at 30%. It’s a long accepted policy but I’d say few renters are so lucky. So it’s not some number I made up; it’s official policy.

Deborah – You had mentioned back in July that your mother was being renovicted? Did she manage to find a place? I’m still looking for housing and so are many others in my building as the owner sells the units as condos to be renovated. Valued at $84,999 to $94,999 and selling them for $232,900 to $256,900.

Sorry for stating the incorrect relationship. It’s so tough to find anything affordable and the last 9 units that are for sale at 26 Spencer Street East here in Cobourg are supposed to be put up for sale in Phase II mid November. A lot of us went to Legal Aid and they said nothing they could do until we got an N12 or N13….and the owner is a retired lawyer, Rotarian.