Since William Academy took over the old CDCI West building, there has been interest amongst residents of Cobourg who want more details.  An open house on Saturday April 13 provided information on what it’s currently doing and its future.  The owner, Jeff Weng, is promoting the building’s heritage and CDCI West’s heritage; he is also working hard to strengthen the relationship with Cobourg: Mayor John Henderson spends time monthly with the school and its students.  John likes to recount how he took a group of students for their first visit to a Tim Hortons and all the questions they asked.  The School’s Principal, Louise Nadeau, was coaxed out of retirement after finishing her career in Cobourg.  At the open house, both Louise and John spoke about how the students are already volunteering and otherwise participating in Cobourg’s lifestyle.

Local businesses have been active in working with the school – these include:

Owner Jeff Weng plans to add 2 Tennis Courts and a Basketball court in the grounds.  There will also be a garden to help the science class.

To underline the local connection, a number of indications that the school was once CDCI West have been left in place. For example, the Gym still includes a sign that says “Go West Go”, old newspapers with key articles are still on a wall in a hallway and the school library still refers to CDCI West heritage.

A new “mascot” or logo was announced – see photo below.

The school teaches the Ontario Curriculum and is inspected regularly. To go to University, as well as passing grade 12, students must meet the Ontario Secondary School Literacy Test (OSSLT). Because students come from all around the world with sometimes inadequate skills in English, a big part of the teaching is ESL (English as a Second Language).

The Open House included tours of the building and some demonstrations by teachers – see lead photo.

Note that the Owner’s son, William Weng, was at the event – see photo.  And no, the school was not named after him! 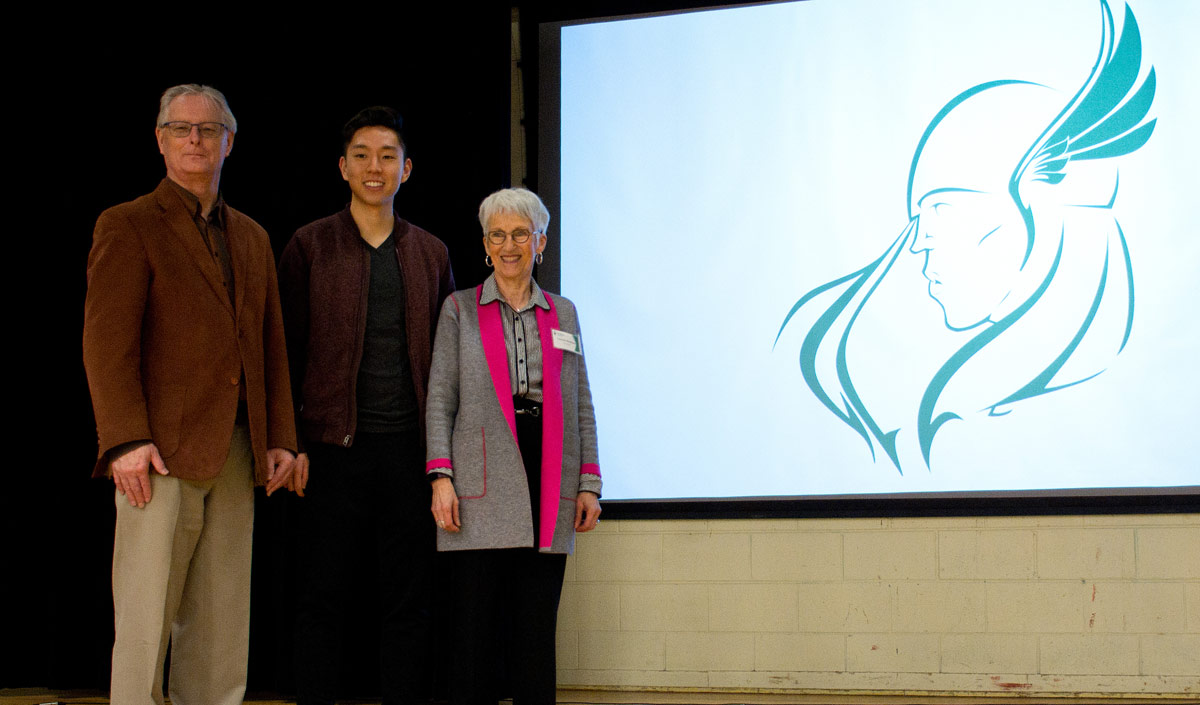 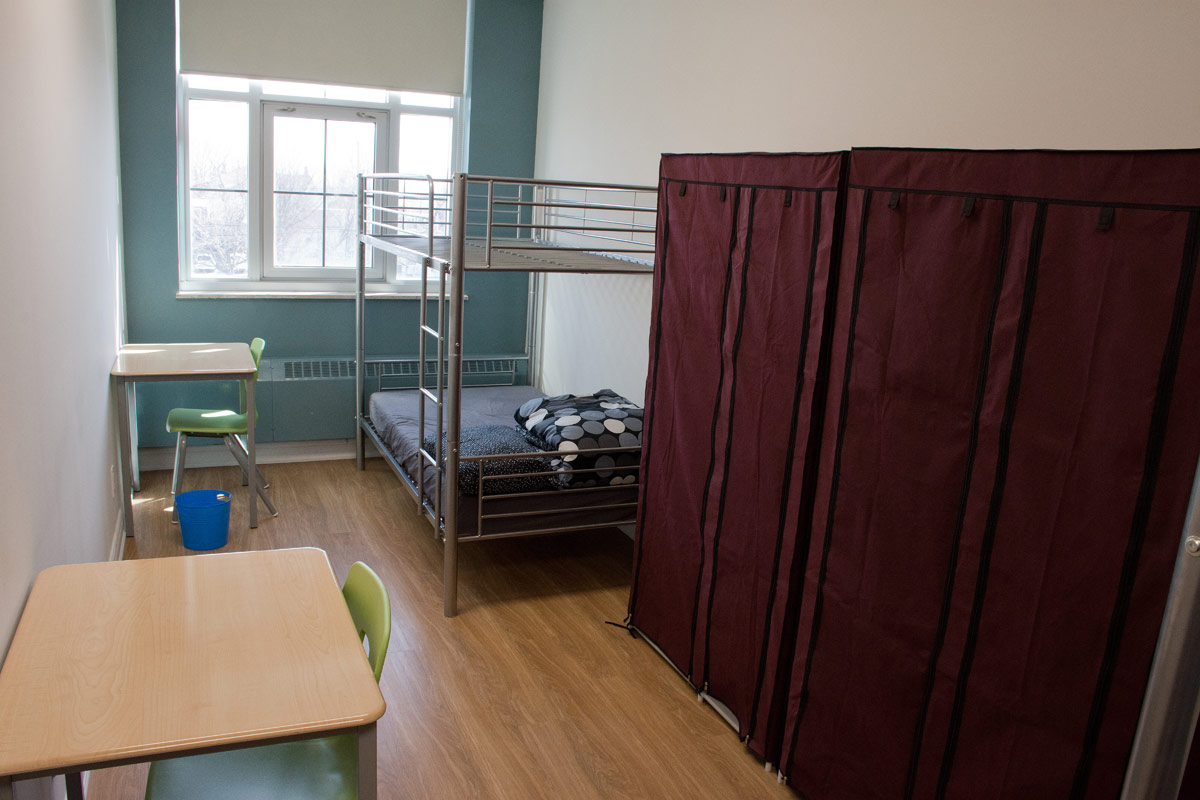 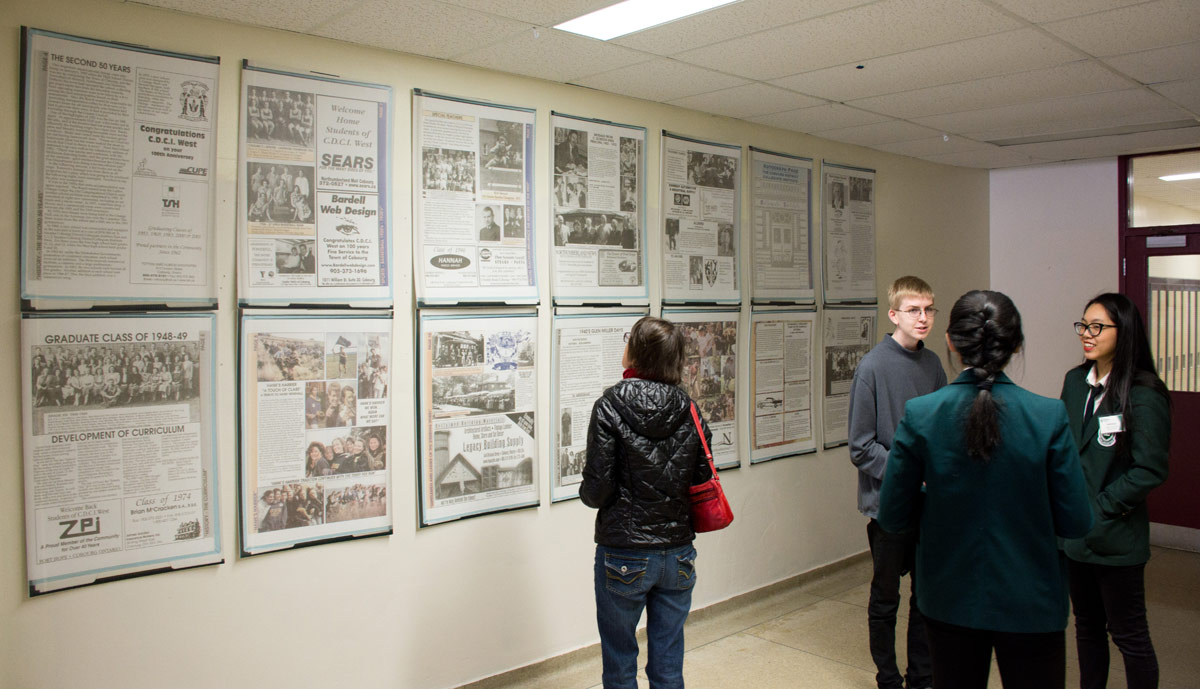 Yes my Children went to a private school
and I though the level of Care and Keeping was exceptional
I also think there is great opportunities here for Cobourg to host an International school as well
But I must say I was not Thrilled with what I see here at the Academy .
Its floundering very sparse , in search of Teachers , and proper accommodations for students
Perhaps they opened before they were ready .

I wonder if “Human Rights” and “Rule of Law” are on the curriculum? But I guess a free trip to local politicians takes care of any of those issues.

Most interesting. The school is a fine addition to the Cobourg scene and a unique opportunity for us to expand our world view beyond the white bread atmosphere here on our home turf. Perhaps these students can collaborate with those at CCI to produce some educational entertainment that showcases our local multicultural aspects. People from all over the world live here, let’s learn more about them.

Anyone who downvoted that is a sad individual.

I agree with you Durk but let’s see how many thumbs I get!

Thought so – just shoot the messenger and don’t absorb the thought, typical of the closed minds on this board.

I like collaboration. While homogeneity has its social comforts, eg. somnambulance; heterogeneity leads to vibrance, eg. creativity. Thumb up for your positive suggestion.

I refuse to apologize for being part of “the white bread atmosphere here” since the day I was born, decades ago. My “white bread” neighbours and relatives made this town the lauded place it is today. We do not have to defer to anyone.

The downvotes lend themselves to the xenophobic undertones Cobourg is known to have at times.

that’s not a trait exclusive to Cobourg