On Thursday, September 3, Northumberland’s Hospice (Ed’s House) was officially opened by Minister of Health and Deputy Premier Christine Elliott.  There were about 70 people gathered outside the new building on Ontario Street to witness the event.  As well as capital to build the facility, operating costs are ongoing and the Province has committed to pay this for the six new beds – Christine said that the Government is expanding palliative care. As well as the Minister, many who had helped make it happen were also there – see list below.  Hamilton Mayor Bill Cane commented that this was “an amazing collaborative effort”. All speakers at the event thanked the team who made it happen: Fundraising was better than goal at $10.3M, construction was on budget and on time and after 2 weeks of staff training, new residents will be accepted the week of September 22.  Below are photos of the facility and the ribbon cutting event.

What’s in the Facility?

As well as 6 rooms and 4 unfinished rooms pending future funding, there are also rooms providing for management of other Hospice activities in the County.  It’s not just an active Hospice but also a hub for all the County’s Hospice work provided by about 100 volunteers.  The Hospice will have 15 staff including clinical and admin.  Some of the work at Ed’s House will be done by volunteers – e.g. cooking, yard work, sitting with residents, entertainment and helping with therapy.

When designing the building, the building committee looked at other Ontario Hospices to learn from their mistakes and successes.  As a result the building has these features (and more):

It’s where you can die in the best possible way. It’s an alternative to palliative care in a hospital or at home.

To qualify as a resident:

Once Ed’s House is open, the only visitors allowed will be close family of residents.

Below are some photos of the opening event plus inside the facility.  More information available below photos. 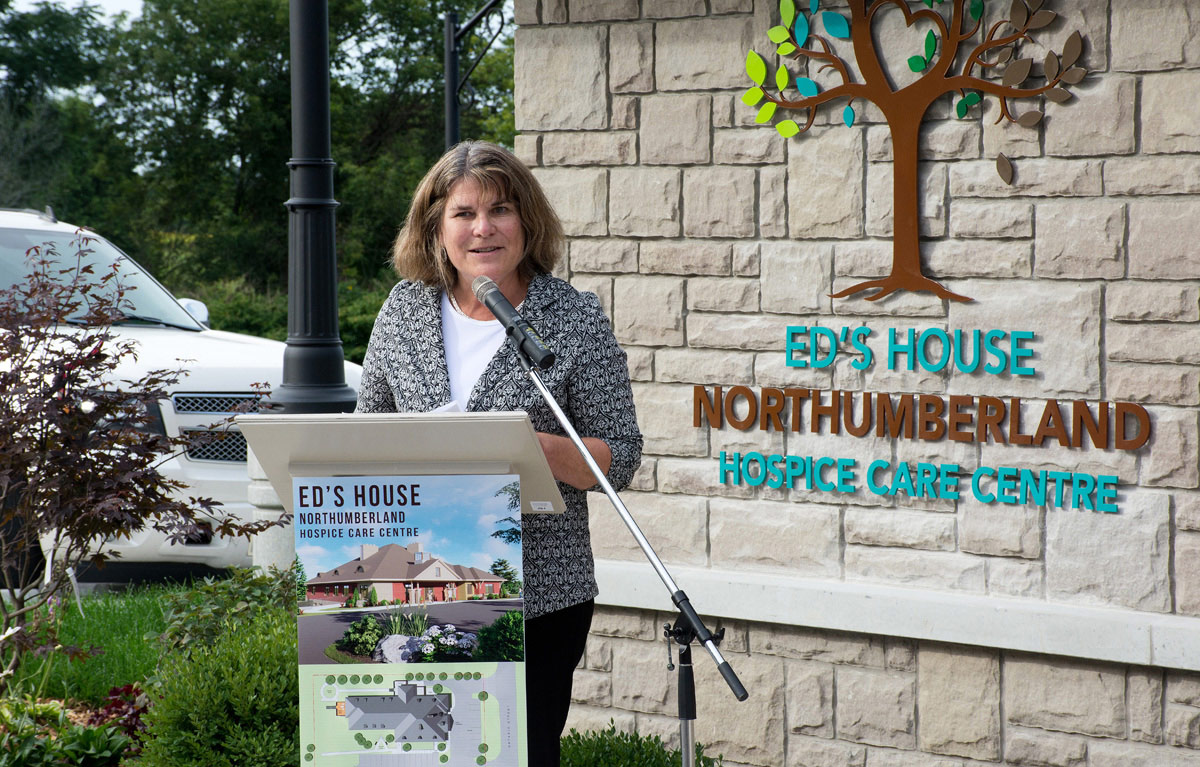 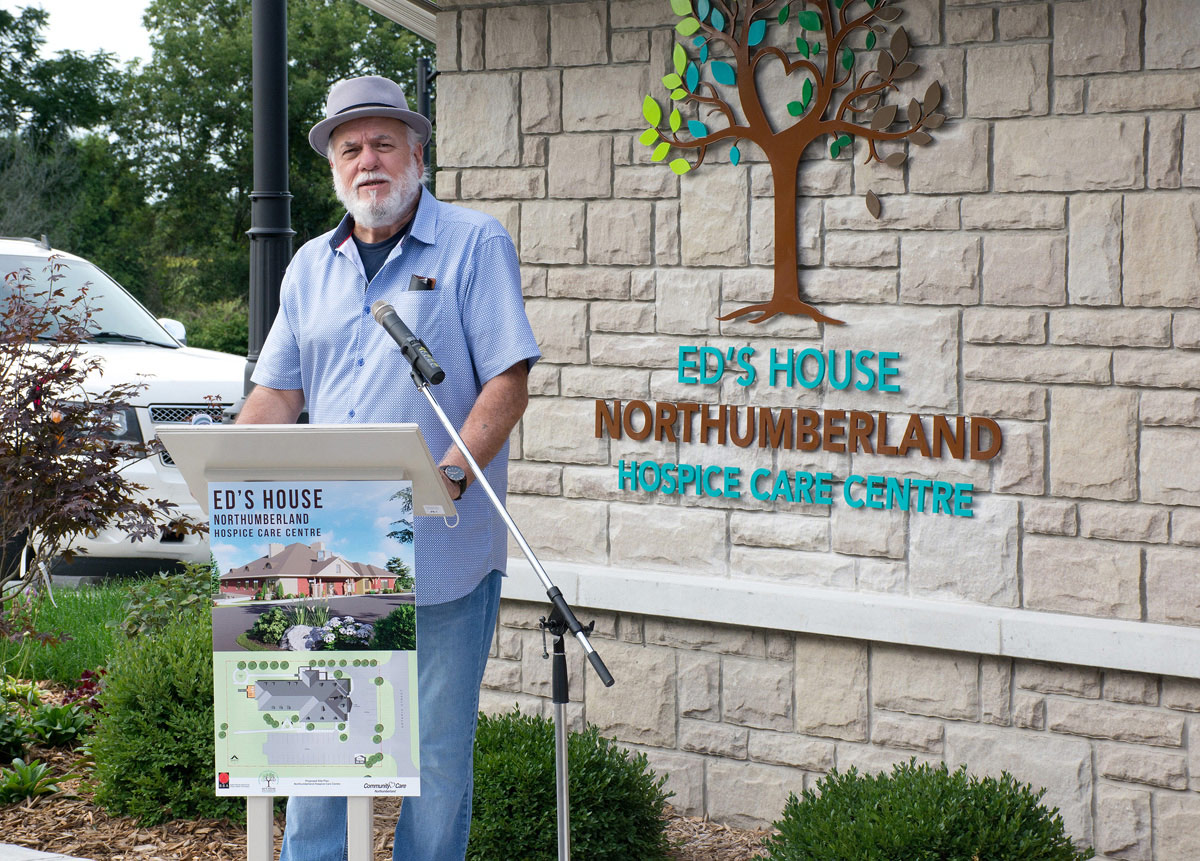 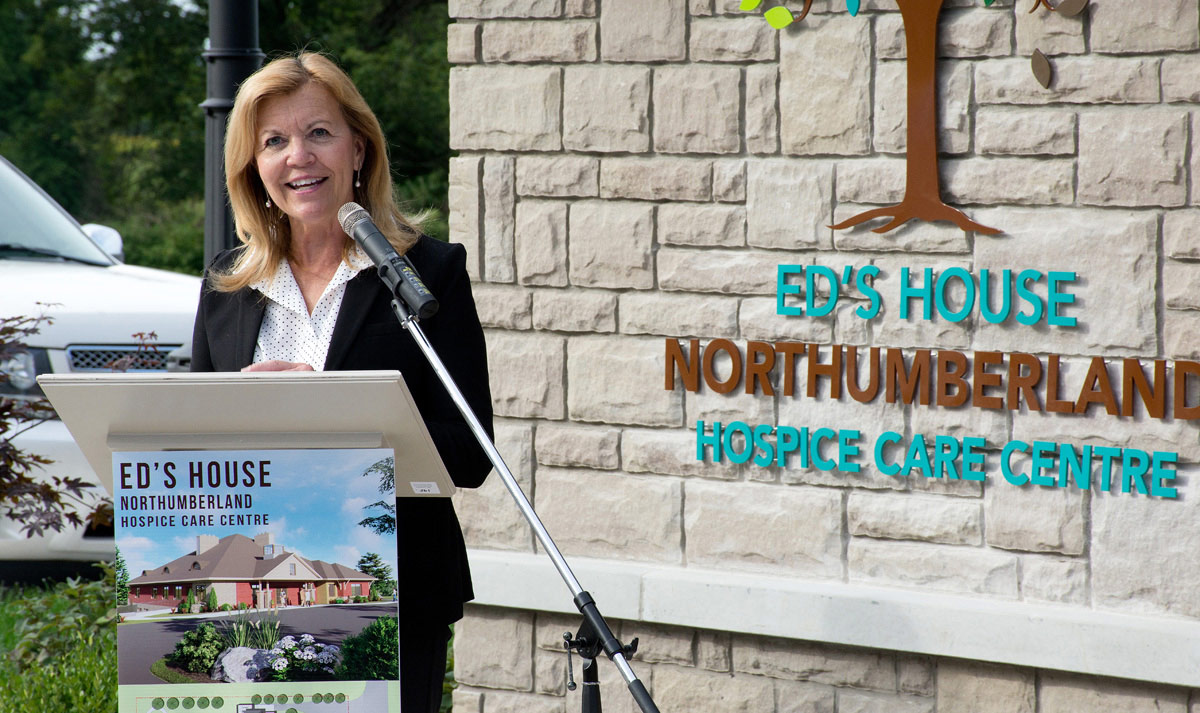 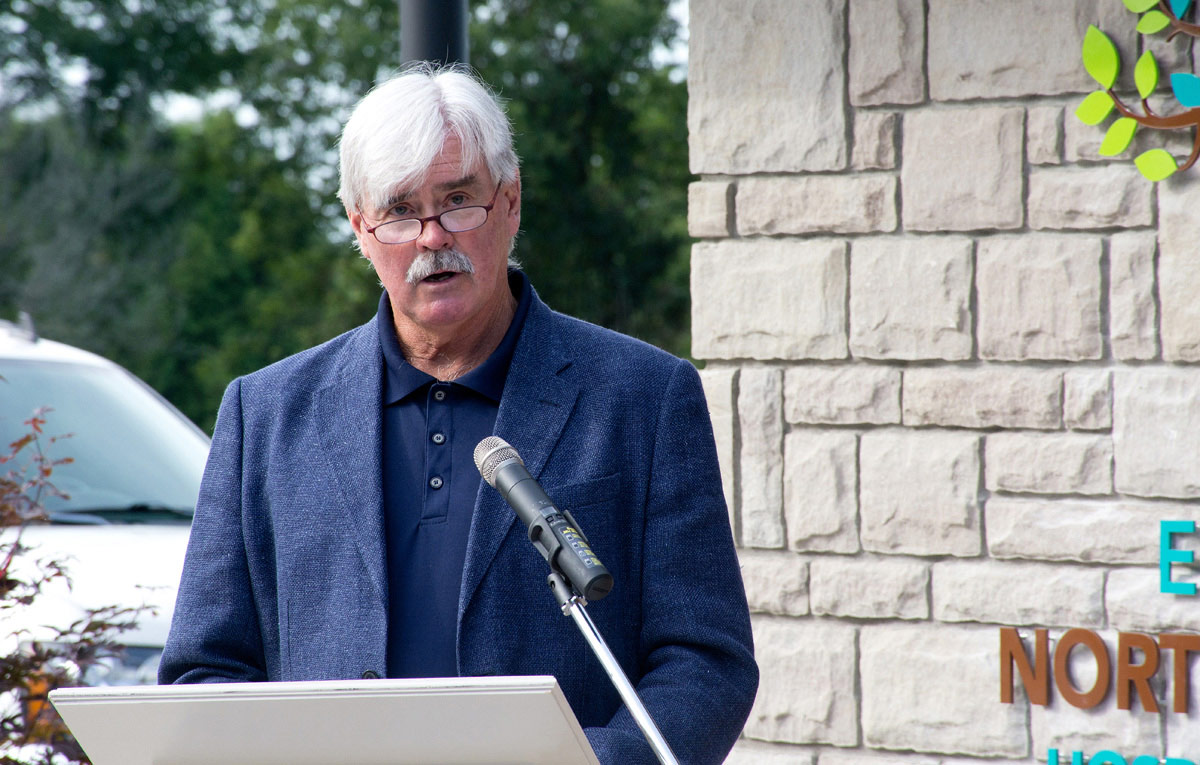 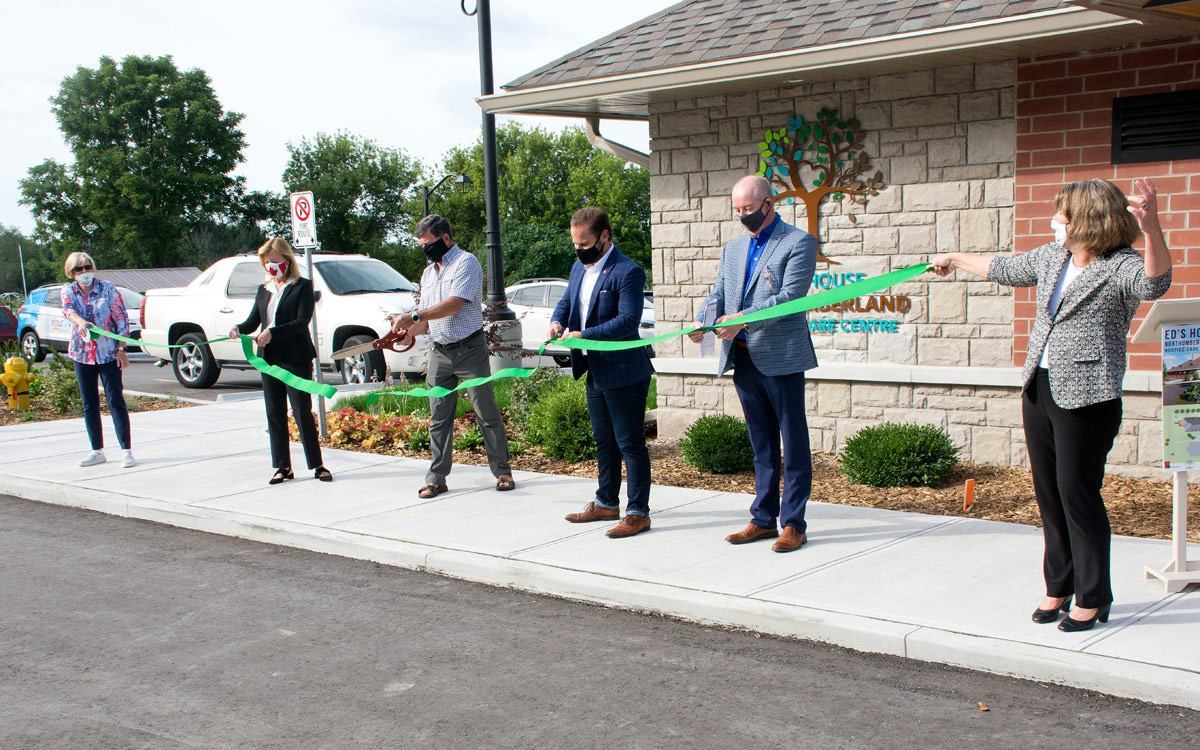 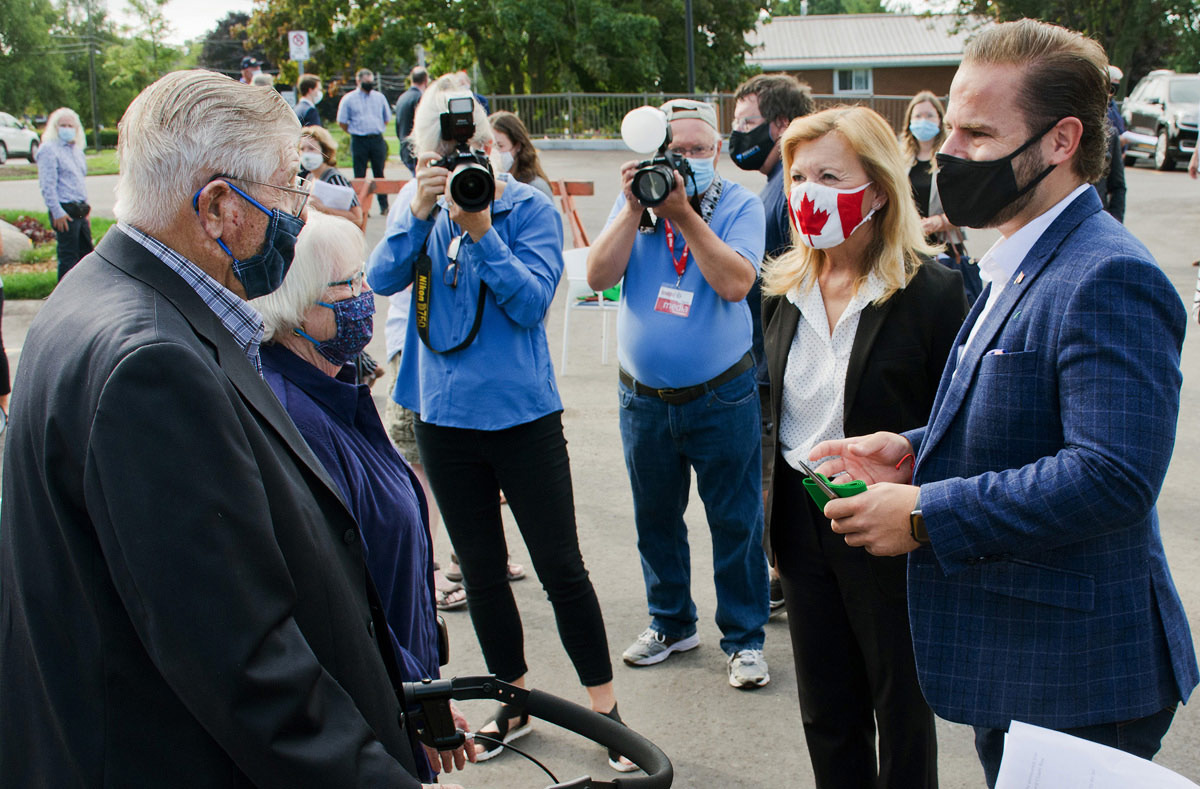 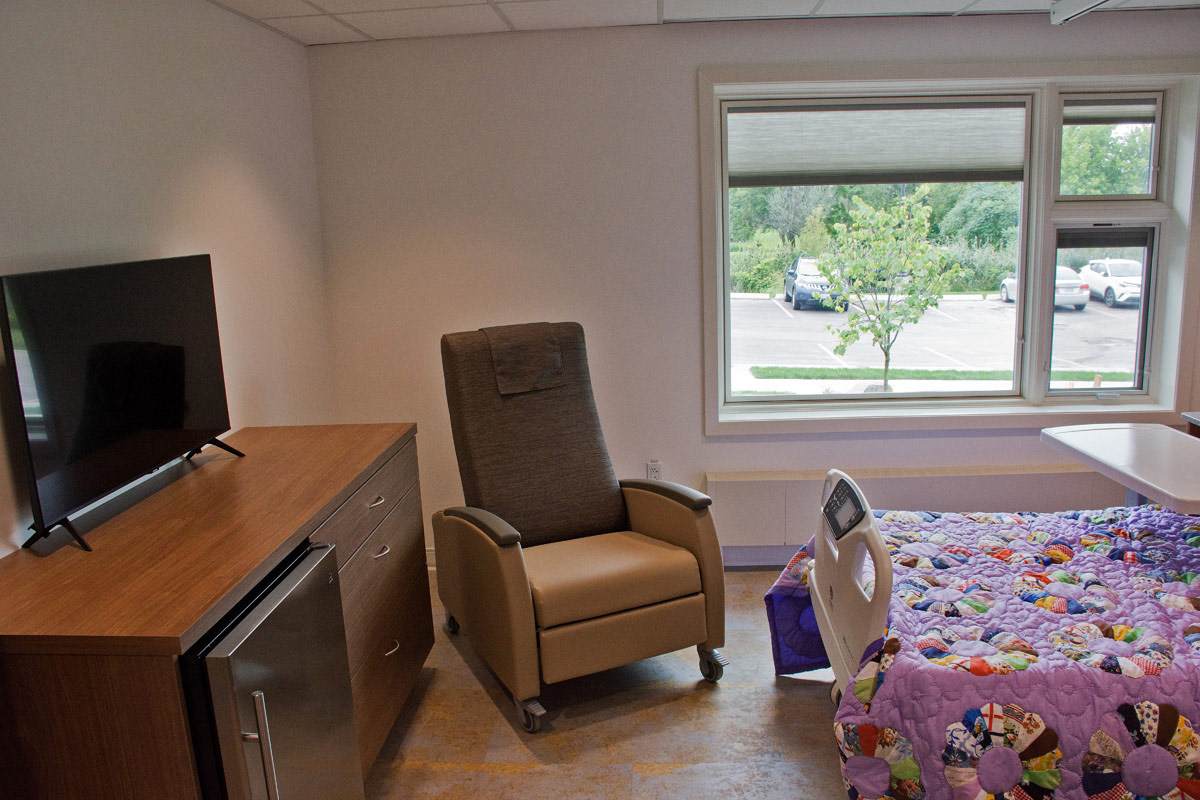 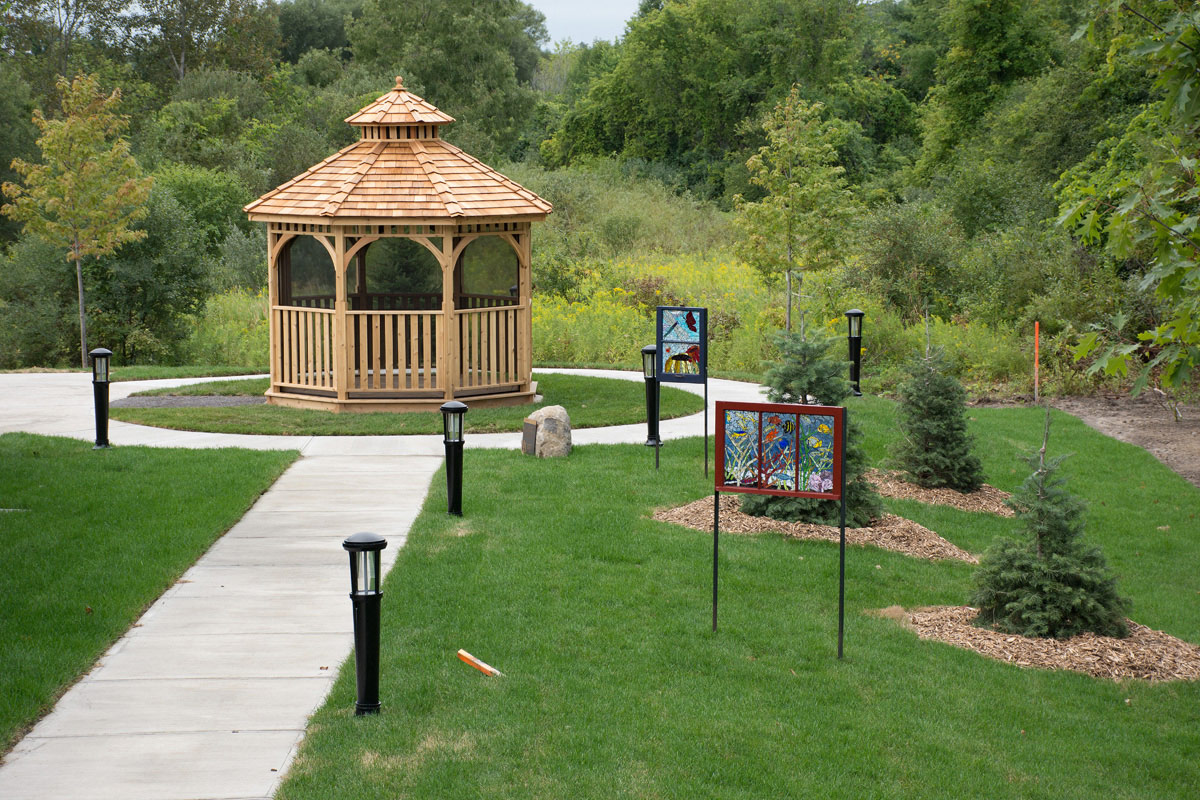 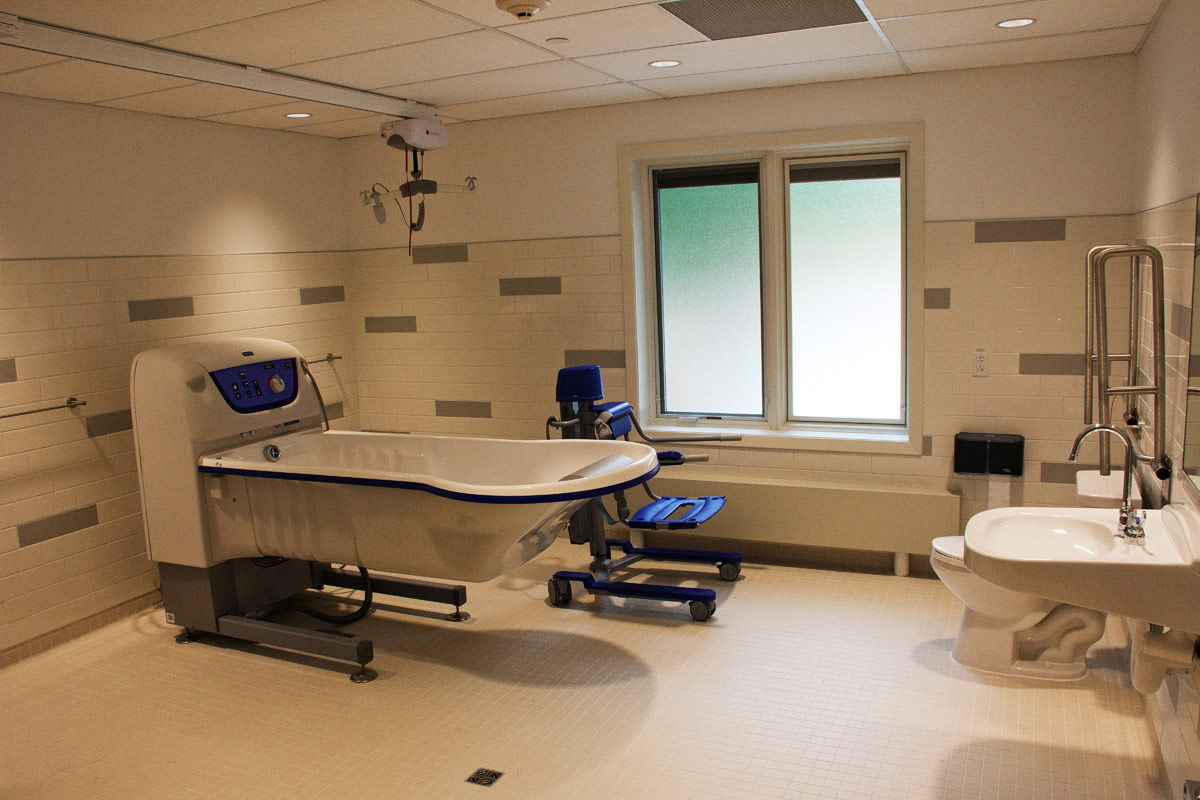 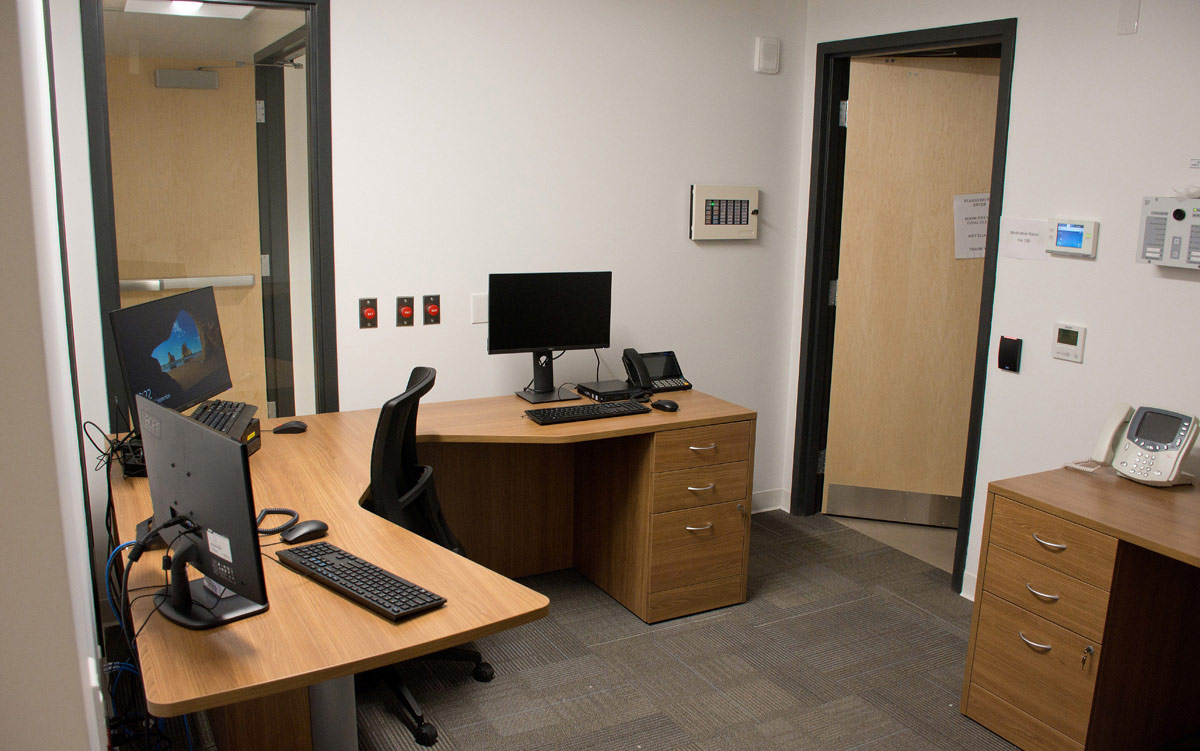 For a complete list of the team, see “Ed’s House Milestones” below under Links.

I for one would like more information about palliative care. I have no problem with facilities like Ed’s House especially since they reduce the burden on our local hospitals and most likely provide a better quality of the specialized service they offer.

I’ve held power-of-attourney for three women through to their deaths, including my mother, and for two of them, who might have met the terms of admission to Ed’s House, the last month’s were not pretty.

With a “do not resuscitate” agreement a condition of admission, does that apply to forced or introvenious feeding if a patient can no longer swallow yet remains hungry, or drifts in an out of consciousness?

What happens if a patient becomes delusional, keeps trying to get out of bed, perhaps not successfully, but keeps trying?

Also, given the present 10 beds, how many patients does this worth while project anticipate it will serve each year?

I understand, and have seen, how different each individual can be as they approach the end of their life. Given that fact I understand the first two questions, along with several others I can think of, may be difficult to answer.

My sincere congratulations to all involved!

what you are asking is something to discuss with your health team , not a open forum
because there probably million of different options of care

Good Sign! not many posts? every one living for immortality

Great to see that much philanthropy from local citizens

A very special service for people to face life’s end with compassion and dignity.

Nice that is open

A wonderful addition to Northumberland.