Once again, Cobourg’s Mayor and Councillors welcomed citizens to a “Levee” to welcome the New Year.  Held today in the Concert Hall at Victoria hall, it was well attended with well over 100 citizens. It featured catering by the Dutch Oven and included the ever popular Christmas Cake provided by Weston Bakery.  Toni Galea greeted everyone at the door where we all signed in.  The band was smaller than previously (8 musicians) and there were more tables so everyone was able to be seated.  All councillors were there and shook hands with everyone – missing was Brian Darling who had a “massive cold”.  The crowd included MP Philip Lawrence, MPP David Piccini, Police Chief Paul Vandegraaf, Police Board Chair Dean Pepper and many others.

The event was kicked off by the Town Crier, Mandy Robinson – now in her 6th year; she was followed by Poet Laureate Jessica Outram with a hockey themed poem which finished with the line “We live in a Hockey Town”.

John Henderson then gave an overview of Council’s accomplishments in 2019 with highlights of each department. His speech was eloquent and held interest so I have provided a transcript of it below (thank you John) – although John added some explanatory ad-libs along the way. Note that in addition, his speech was illustrated with a collection of slides which the script refers to. If you weren’t there, you missed something special.

In the past year, Council and others have shown a lot of interest in doing something about homelessness and I know that this subject is of interest to many.  John said that in cooperation with the County, Greenwood Coalition, NHH, Cornerstone Rebound Child/Youth Services, HKPRD Health Unit, the Salvation Army and the Cobourg Police Services, Cobourg is working on a Northumberland County Community and Well-Being Plan which will “aid us in addressing homelessness, mental well-being and initiate outreach programs within our community”. The target date is 2021.

John finished with “I wish you an awesome 2020” but then added his thanks to all those who put the event together.

Both before and after the speeches, citizens were able to mix with Councillors – a great opportunity to communicate. 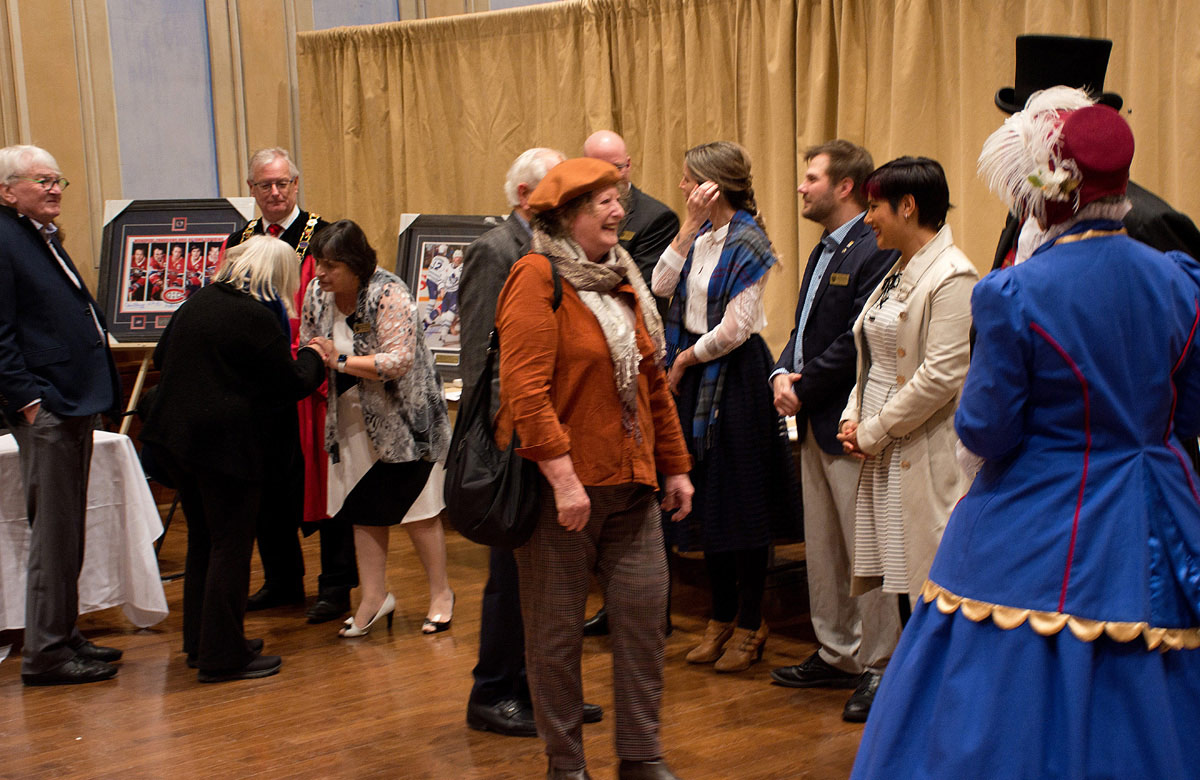 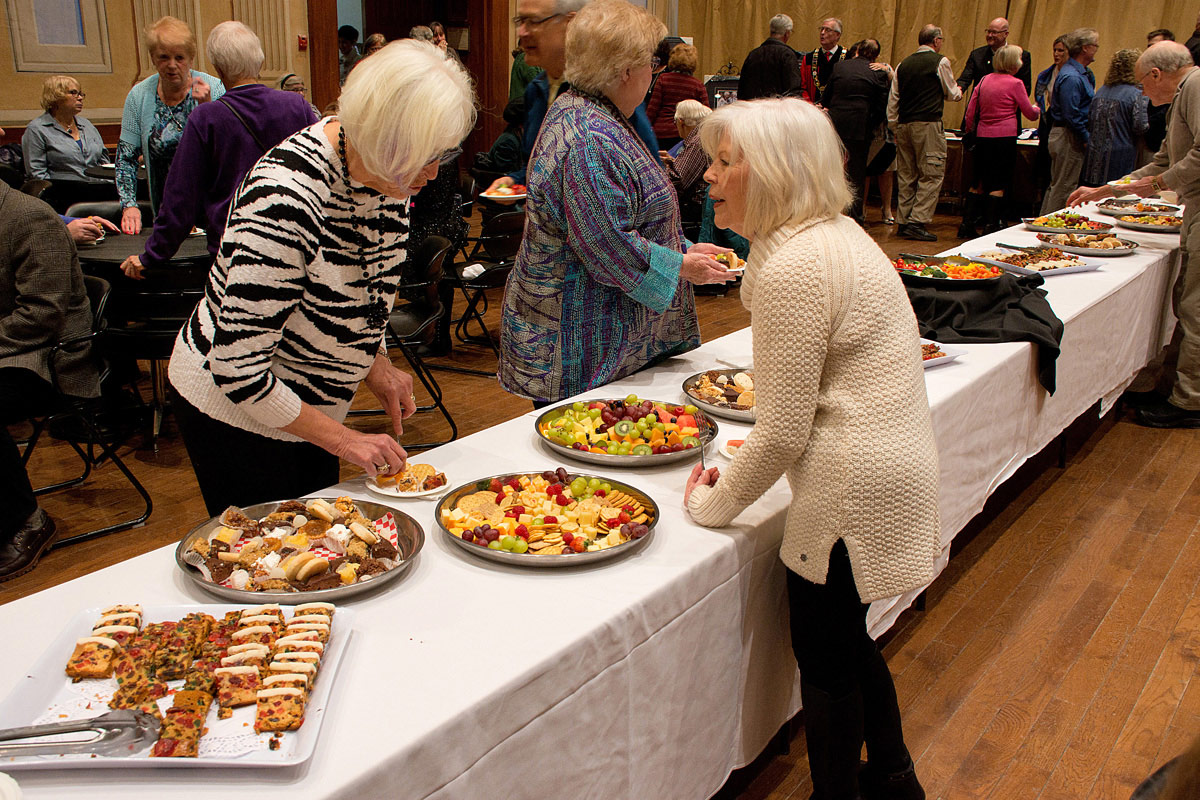 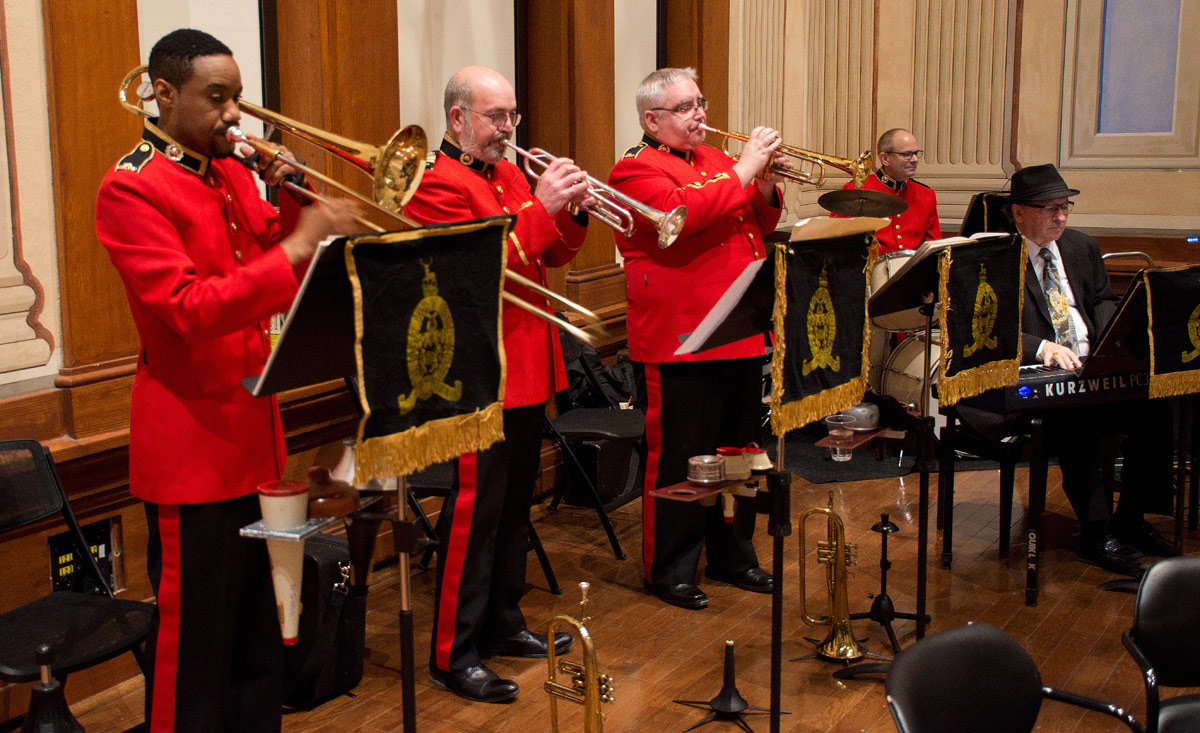 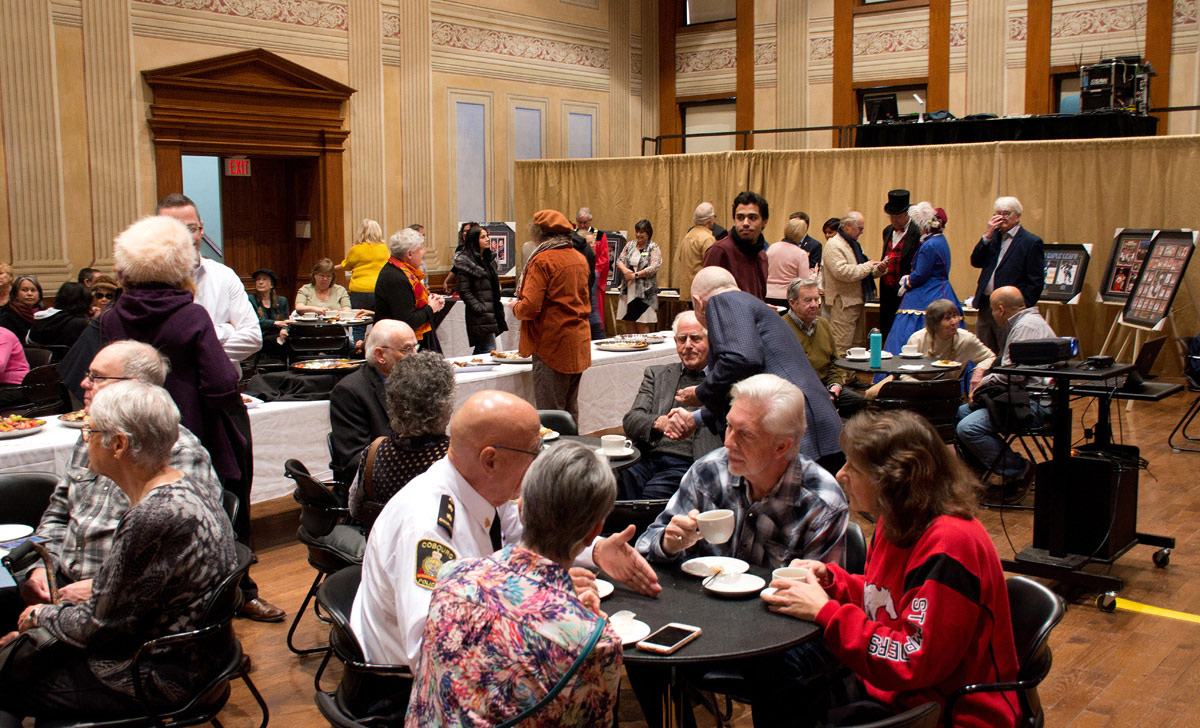 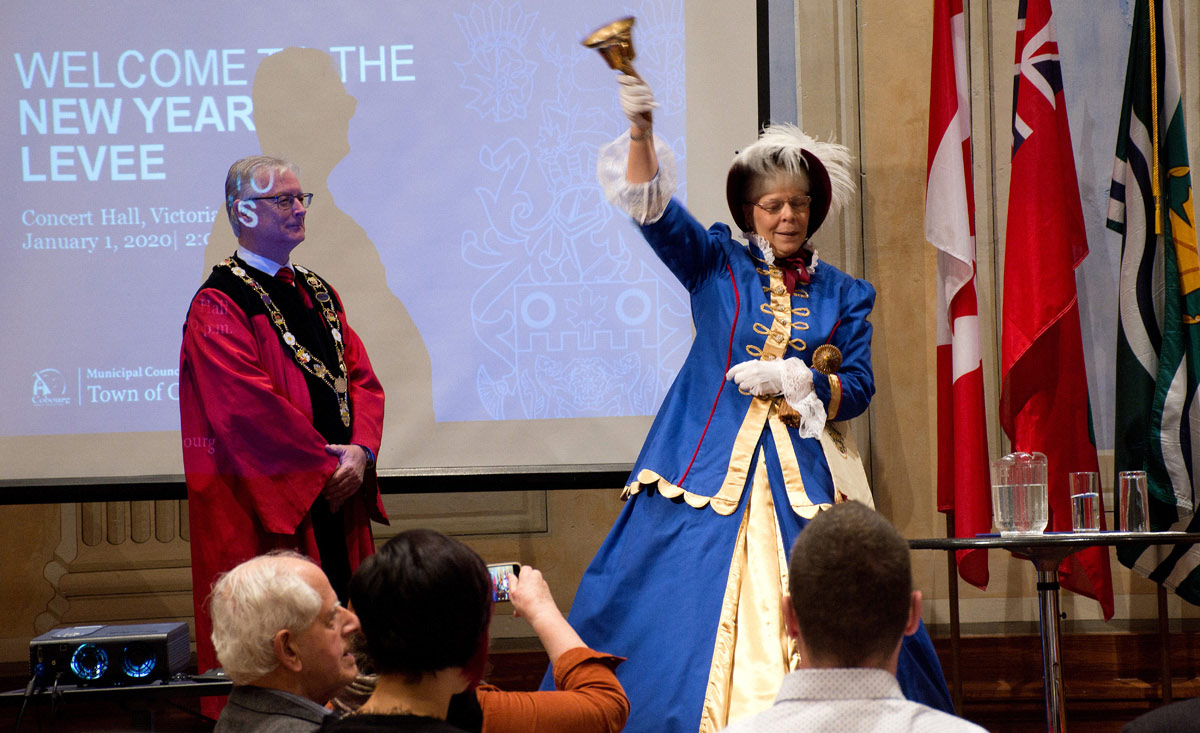 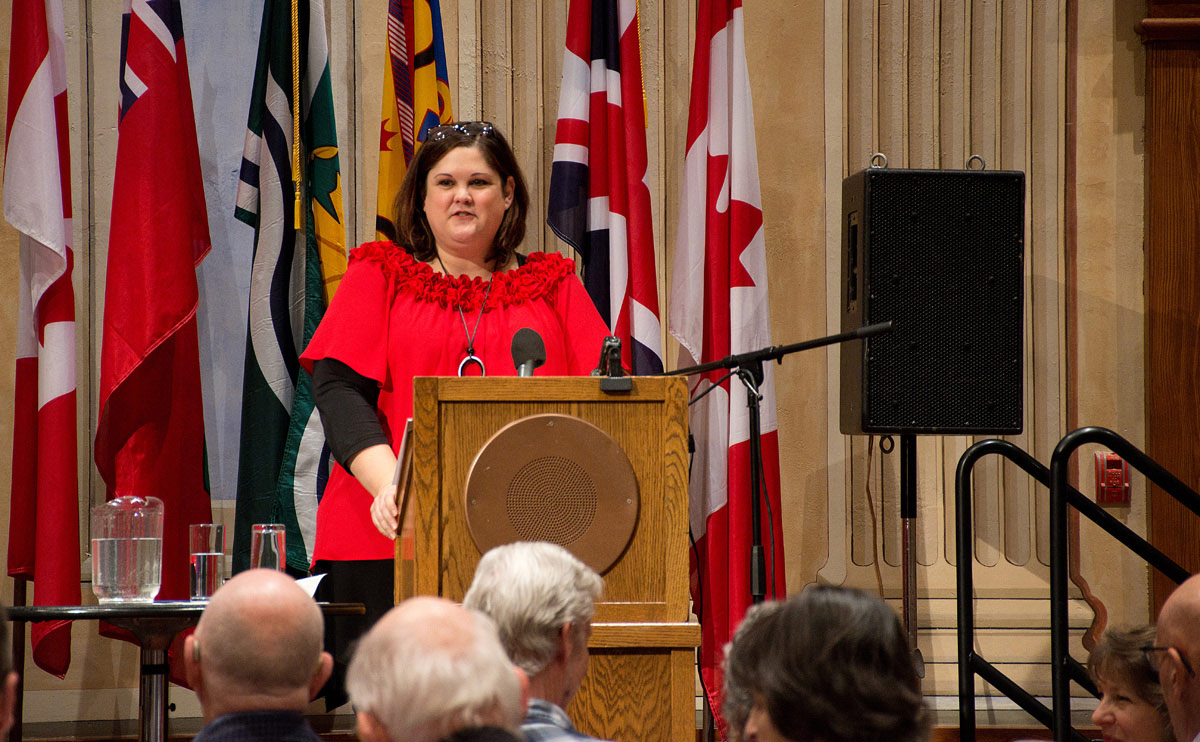 If possible, please post the poem by Jessica Outram. Cobourg has a long-standing, active poetry group with tremendous local talent. It would be nice to share with the community.

You can see a copy of the Jessica’s Levee Poem at her web site at this link: https://www.sunshineinajar.com/category/poet-laureate-of-cobourg/

Jessica has an impressive spoken delivery of her poems. Heard her live at the Levee. It would be wonderful if there is a way to record and make available her official public presentations since as poet laureate she truly enriches our Town’s cultural story.

I have well over a dozen videos of Cobourg Poet Laureate Emeritus, Ted Amsden. Matter of fact, the Town should accommodate on their website, videos of the performances of Cobourg’s Poets Laureate, from Eric Winter, to Jill Batson, to Ted, to Jessica. I have copies of all their performances. Oh, btw, I did it for free, and lets be real, free is as cheap as one gets; the poets laureate deserve better, so which culture-monger will step up to the plate and offer the same service for a fee to truly enrich “our Town’s story”?

It was a delightful, fuzzy-warm small-town community occasion!
Congratulations to Council, the band, the catering and the Vic Hall Committee!
A major enlightened Council event at year-end was the official declaration of a Climate Emergency;
I don’t recall hearing that in the impressive list of Council’s 2019 accomplishments.
I am sure I will see here in minutes if I missed that.

That would mean Ribfest with their big belching diesel engine trucks and multiple cooking fires. Perhaps the climate change committee will look into these things to ascertain the co2 emissions, or they will wait for the high-paid consultant to tell the ignorant what’s what. I wonder if any applicants for that gig have applied to Council? Who will decide who gets hired for that position and what are the criteria for hiring that individual?

The “top priority” of the Climate Emergency policy was rubber stamped by Town Council. Not a single Councillor asked a question. Not a single Councillor asked if there was any alternative opinion? If a Councillor had a single speck of doubt, they may have raised a question, but there were no questions. The Council swallowed whole hog the climate emergency pitch because they have zero doubt about what the “top priority” is; unfortunately, its failure to mention it as any kind of accomplishment for 2019 reveals that Council does not believe that the climate emergency is urgent enough or important enough to be a “top priority.”

Yes, Wally. Even worse, Council seems intent on spending money on things that will increase our CO2 emissions (discarding rather than repairing serviceable water meters, increasing the electrical supply to the marina and trailer park, encouraging tourist visits, encouraging population growth, more concrete sidewalks, etc.) yet Council is not allocating enough to produce even a sustainability report and a green housing plan. It is easy to posture and laud Greta but much harder to actually do something. Council should declare a moratorium on all new projects until we get our climate emergency under control!

When you boil down the Mayors report…the Town knows how to spend taxpayers money and only one company Post/Weetabix is producing good paying NEW JOBS. We need new industry and new jobs in Cobourg, not over $1.5 million in new expense to replace street lights that a past council and staff made a mess of. They did the same with the rink lights at the CCC…

“We need new industry and new jobs in Cobourg”

OK, so what ideas do you have to bring in such industry?

Reduce spending in Tourist type advertising and spend (locate in Cobourg) more in Trade advertising…Get active in promoting Cobourg at large city Chamber of Commerce meetings and any other business based forums. Land tax benefits to Industry (not retail) to locate in Cobourg.
This is just for starters…I helped grow a company and add jobs in Cobourg Wally…what have you done??

Thanks for the answer because that is what I was looking for. You offered some solutions, which you did not do in your initial post. Insofar as your gratuitous condescending remark I’ve never done anything for Cobourg. You are a far greater pseudonym than I am. I own my remarks, you don’t own yours because of your phoney name.

“You are a far greater pseudonym than I am.”

What makes a pseudonym greater or lesser?

Another phoney name enters the whinefest.

Have you ever used a pseudonym Wally?

Of course I have. Also I have never created a job in Cobourg. I never owned a car, suv, truck or other gas-guzzling vehicles unlike the local greeniks driving to Town Council to lecture them on the urgent need to address the climate emergenc0y.

Frenchy
Have you ever used a pseudonym Wally?
Wally Keeler
Of course I have.

Then why do you berate other people who use them?
Why is it OK for you but not someone else?

Questions. questions, questions.
I am not answerable to a pseudonym.

I helped grow a company and add jobs in Cobourg

Of course you did. That;s what all pseudonyms say about themselves.

We live in a great small town with lots of things to do and that is led by the many people who volunteer and commit their time to all of the good things that happen. Thanks especially to our town councillors who give considerable hours to their work and have a very reasonable approach to all the difficult and controversial issues in our community. AND thank you Mr. Draper for keeping us informed. You must have the best attendance record with many of the groups and activities that occur including with our council !
Looking forward to a great New Year ! ! !