With Provincial funding, Cobourg has installed a Seabin and some LittaTraps to reduce plastic pollution in Lake Ontario.  The project is part of an initiative by Pollution probe to remove plastic pollution in the Great Lakes.  Working with the Council of the Great lakes Region and other partners the Province has provided $375K in funding to install Seabins and LittaTraps in up to 12 marinas.  Seabins work by collecting floating debris and Littatraps are installed in storm drains to trap debris before it enters the Lake.  Cobourg has one Seabin installed at the North West wall of the fuel dock and three Littatraps (more details below).  At an event today, Mayor John Henderson was joined by MPP David Piccini in announcing Cobourg’s participation.  John said that this is “another great initiative” towards improving the environment.

The Seabin floats at water level and has a mesh “catch-bag”.  An electric submersed pump causes water to flow into the bag at the rate of 25,000 litres per hour and retains all marine debris 2mm or larger.  In Cobourg, the pump is supplied with 110V power via a long extension cord.  When the bag is full it is emptied – in Cobourg this has been twice a day and 4Kgm each time.  It’s expected that the Cobourg Seabin will be in operation 8 months of the year – it would be removed when the Harbour ices over.

The three LittaTraps in Cobourg have been placed in catch basins at King Street in front of the Dutch Oven, the Harbour parking lot east side across from the campground and one in the parking lot by the marina boat launch. Each device can collect debris over 5mm in size from stormwater.

The co-creators of the Great Lakes Plastic Cleanup are Mark Fisher, CEO Council of Great Lakes Region, and Christopher Hilkene, President Pollution Probe – both were at the announcement event.  (Also founding members: Boating Ontario, the University of Toronto Trash Team, and Ports Toronto). They are concerned because every year an estimated 22 million pounds of plastic pollution end up in the Great Lakes.

Others at the announcement were the new CAO Tracey Vaughan, Councillor Emily Chorley and several staff who are involved in the project. 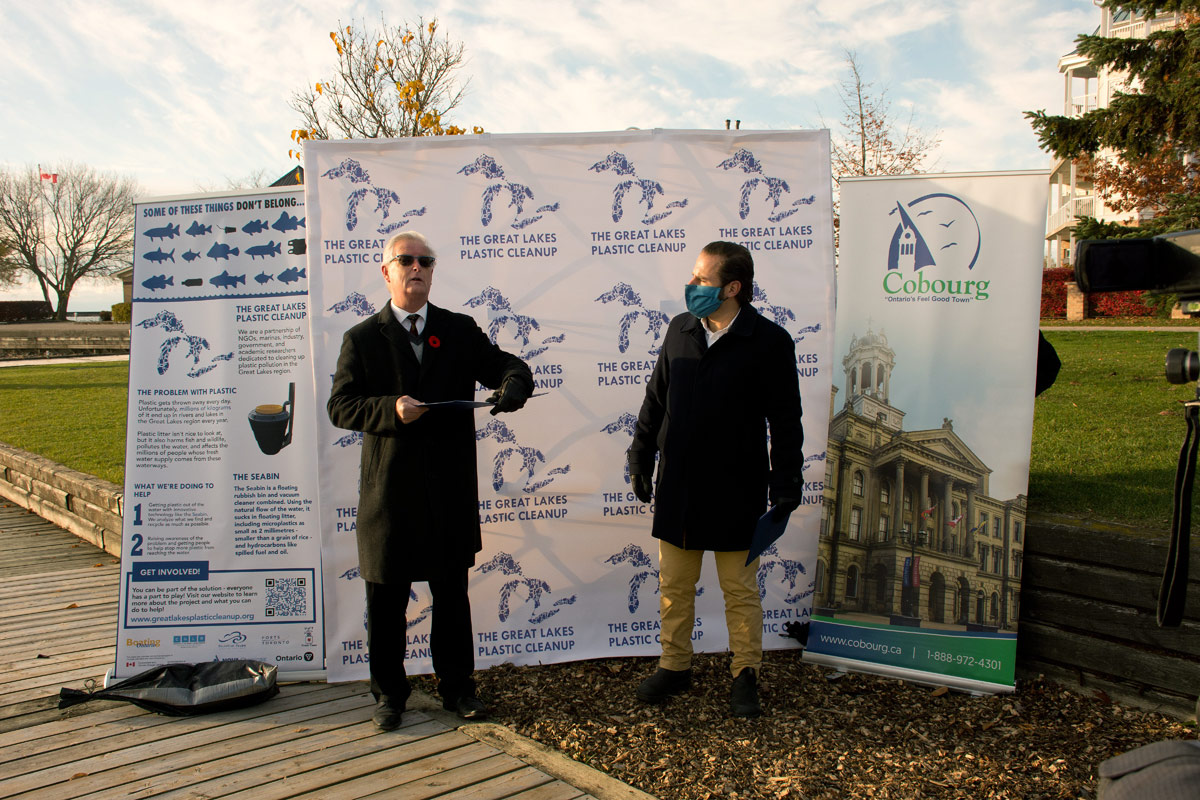 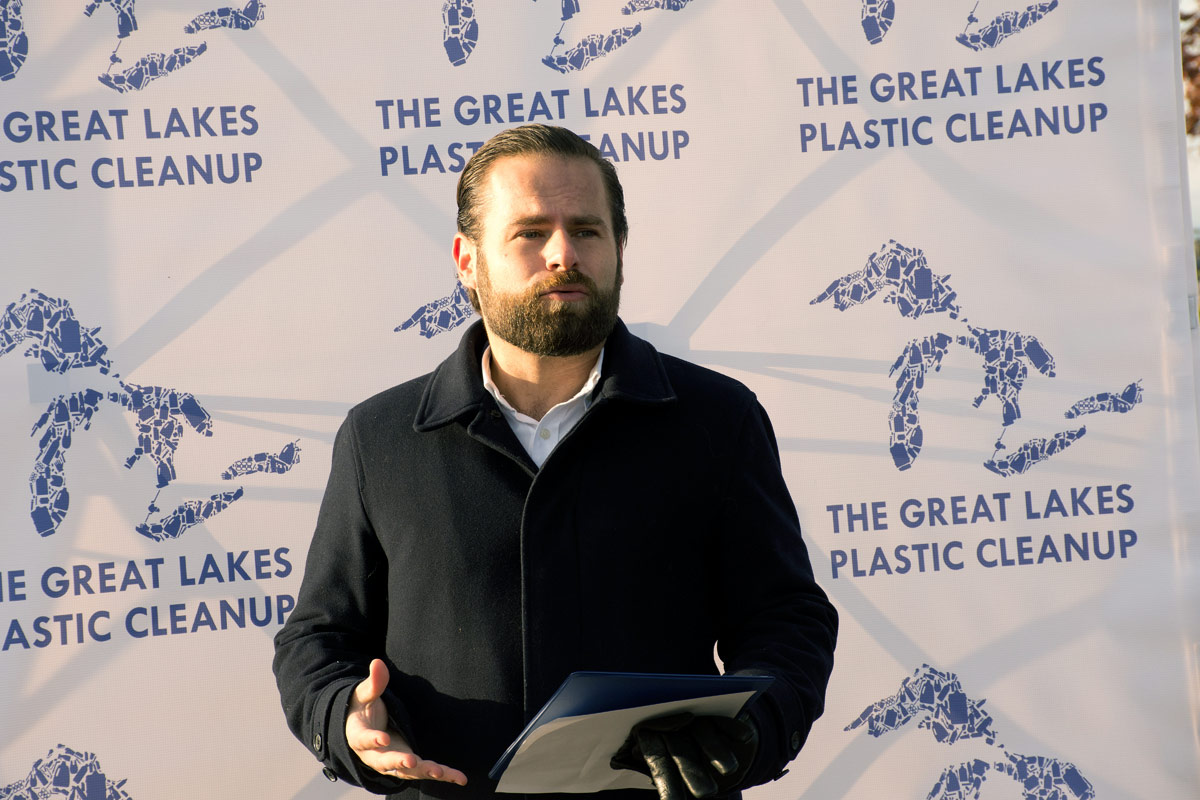 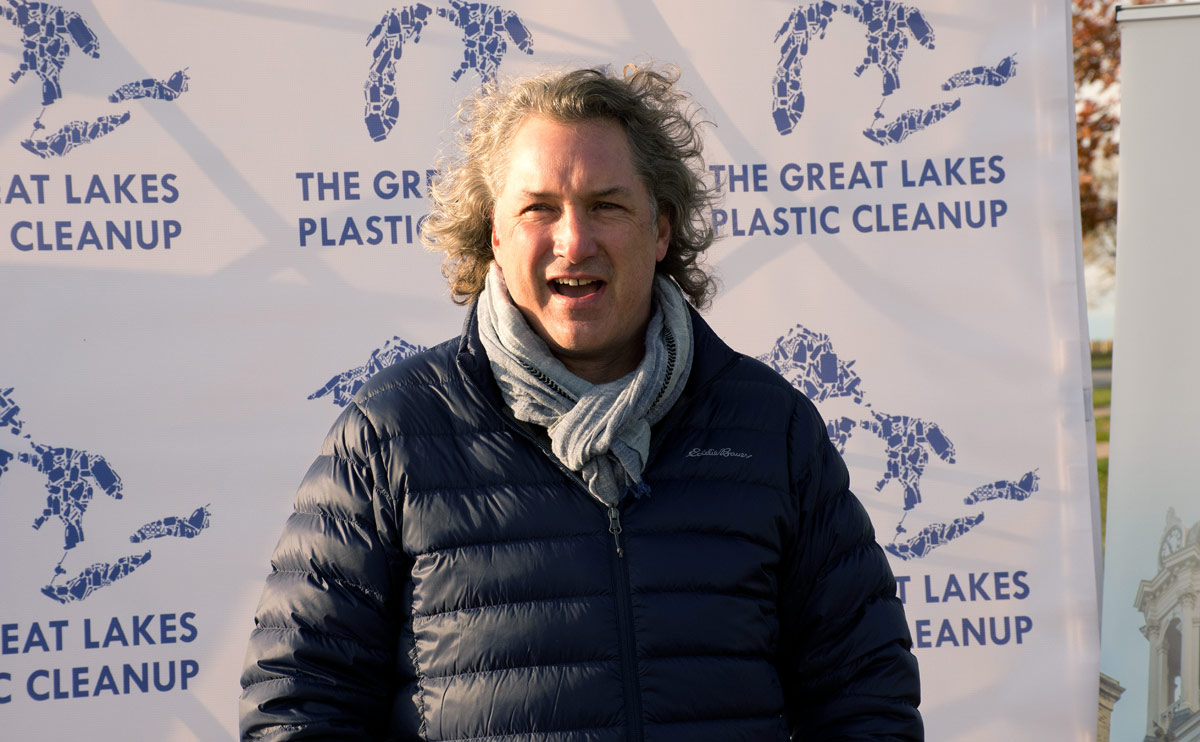 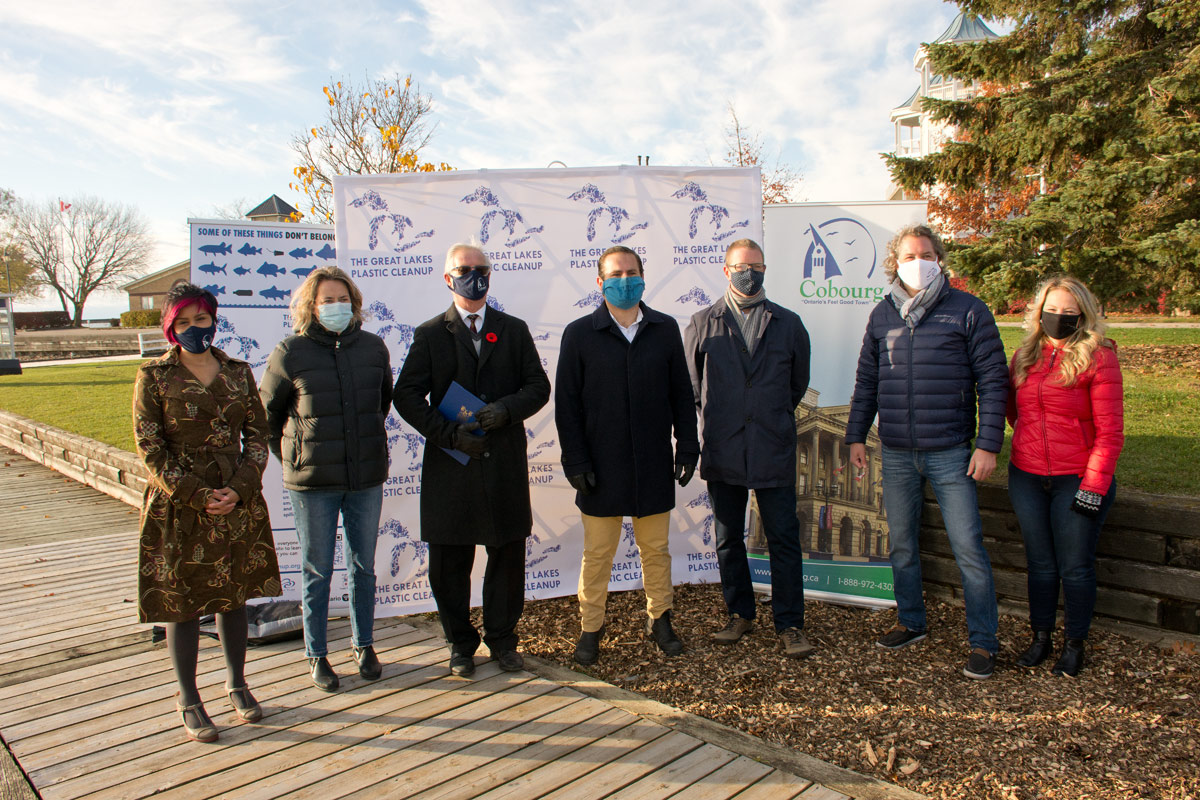 Very good. Glad to see Cobourg was a selected location for this project. Now, to get those owners of swimming pools who are discharging pool water directly into the street and storm sewers which lead directly to the lake (there is a reason there are cute fish designs on those metal storm sewer grates) to adjust their ways and discharge pool water properly … which is not directly onto the street pavement. The conservation authority had prepared a helpful information brochure on this.

I’m very happy to hear of this initiative. If Pollution Probe likes it, it’s the right thing to do!

Stopping pollution anywhere is important, however we do it. I applaud this initiative but I would suggest we push clean water issues further to ensure that our first nations have clean water. Plastics washing up onto the shores in Cobourg or out into the Lake is unacceptable but so are boiling water advisories in this country that have been in place for 25 years.

first nations have been GIVEN MILLIONS of tax payer $$$$$$$ to upgrade water supply over the last twenty yr’s WHERE THE HELL DID THAT GO????????????

I thought we banned Plastic last yr even on the Beach and water front areas
and we were putting in water bottle refill stations ?
We really should not have any plastic issues and how does it keep the floating water weeds etc out of the catch bag ?

Don’t paint all pods with the same brush. Nespresso pods are 100% recyclable.

PLEASE let me know HOW many people recycle, recycable pods!

So I guess you go through people’s garbage to determine that they don’t? Don’t be so negative.

I question your assertion that “90% of plastic water bottles ARE recycled”.
Can you back that up with any links?

That’s in Oregon and that page talks about recycling of aluminum can, glass bottle and soem plastic bottles. Where is the 90% fugure for plastic water bottles?

That page is describing how they use less plastic in the making of the bottle, not the recycling of it. Keep trying Wally and try to find something a little closer to home.

Thanks Wally i wish more people would stick with thr FACKS!

Do these traps pose any threat to marine life in the harbour ?

Well done Cobourg Staff on joining this great initiative, keep up the dedication to the environment and our community.

I would agree, if the plastic our elected officials are collecting was actually re-cycled or re-used. Sadly–it is not.
https://rco.on.ca/canada-recycles-just-9-per-cent-of-its-plastics/

Better than it being in the lake!