The second eight inductees of the Cobourg and District Sport’s Hall of Fame were announced on Sunday, March 1st  to an audience of about 80 people. The ceremony was held in the Grand Hall of the Cobourg Community Centre CC with MC Joel Scott introducing the board and other speakers; Joel then read out short bios of all the honoured athletes (see below). The display cases were also doubled and as well there were some new exhibits in the existing cases. Other speakers included board president Ross Quigley, Mayor John Henderson and Alderville First Nations Chief Dave Mowat. There are now 19 different sports recognized and 98 organizations represented.  About 1000 memorabilia are available with just some of them housed in the display cases which were organized by Rosie Bateman, Joanne Davison and board member Jennifer Ashley.

Rosie told me about one update (see photo): the swimming trophy won by Roy Hempstead was for repeatedly winning the Labour Day Race held in the 1950’s.  That was from the lighthouse to the beach with many participants – as Rosie said, few remember this event.  Maybe he will be a future inductee.

The winners this year were:

Gord Brooks – Cobourg’s first NHL player.  Gord started in Minor Hockey, was drafted by the St. Louis Blues and from 1971 to 1975, Gordie played 70 National Hockey League games with both the St. Louis Blues and the Washington Capitals. He later played for the AHL and was named to the League’s first All-star team. (Photo from the Internet – Gordie in 1978)

Neil Cane – Although Neil was accomplished in Hockey and Softball, Neil’s real calling in life was volunteering and working in the local sporting community. Over the years, he was the recipient of many awards for Outstanding Service. Neil’s legacy of volunteerism is exceptional.

Dr. Reverend Kevin Fast – Although Kevin grew up with average athletic ability, in 1994 he surprised himself by winning heavy events at the Cobourg Highland games. He has since performed feats of strength that did not seem humanly possible.  Kevin has recorded 34 world records for feats of strength and appears in the Guinness World Book of Records for setting 31 records.

Margaret Anne Matthews – From a very young age, Margie was an abundantly talented, multi-sport athlete who consistently demonstrated exceptional leadership. Margie was a multi-sport outstanding athlete. In 1978, she was voted Most Valuable Player of both the basketball and volleyball teams, received a coaching award and was selected as Cobourg District Collegiate Institute West’s Athlete of the Year.

Daniel Ross Milligan – Dan has represented Canada 5 times internationally in the sport of Lawn Bowling. A bowls medalist numerous times, Dan excels at coaching and is the highest ranked bowls coach in Canada. He spends hundreds of hours each year teaching bowlers the art of delivery and fundamental elements of the game. He was inducted into the Ontario Bowls Hall of Fame in 2018.

Fred Simpson – known as the Ojibway Thunderbolt, was born in Alderville in 1878 and was a long distance runner.  He finished 6th in the 1908 London Olympic Games marathon with a time of 3:04:28. Only 14 of 32 runners finished.  He went on to become professional on a circuit that would take him to Savannah, Chicago, New York City, Newark, Buffalo, Fort William, Montreal and Toronto.

Kenneth Wayne James Petrie – Ken unselfishly devoted much of his adult life to minor sports in Cobourg. He was a tireless worker acting as a coach, manager, trainer, fund raiser, bingo volunteer, executive member, committee member or just helping out wherever he could. Layton Dodge called Ken, “the driving force behind the CCHL (Cobourg Church Hockey League)”.

Robert Clarke Sommerville – After playing hockey and getting into the AHL, Clarke purchased a small retail business in Cobourg that evolved into Sommerville’s Sporting Goods.  He soon got involved in the local sports community and was a Cobourg Cougars’ lifetime executive member. Clarke Sommerville was a good athlete but his true legacy is as a builder of sport.

The full bios that were read out at the event can be downloaded here.

However, I learned that the board does not choose the winners themselves – instead a separate un-named committee makes the choices based primarily on the information provided in submissions.  This is to avoid unwelcome and unfair pressure to select someone’s favourite.  The call for submissions for the 2020 selections was made last August

An official induction dinner event will be held June 20th at the Best Western when attendees will celebrate the accomplishments of the 2020 inductees.

Below are some photos of Sunday’s event. 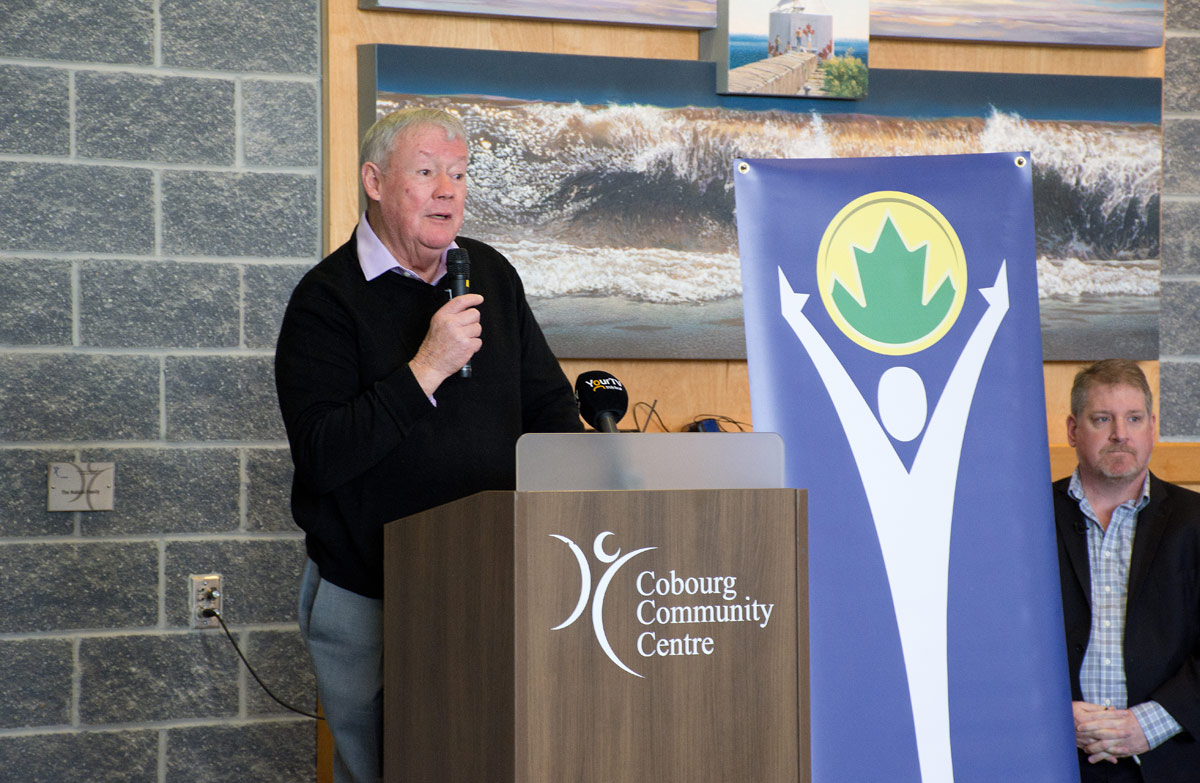 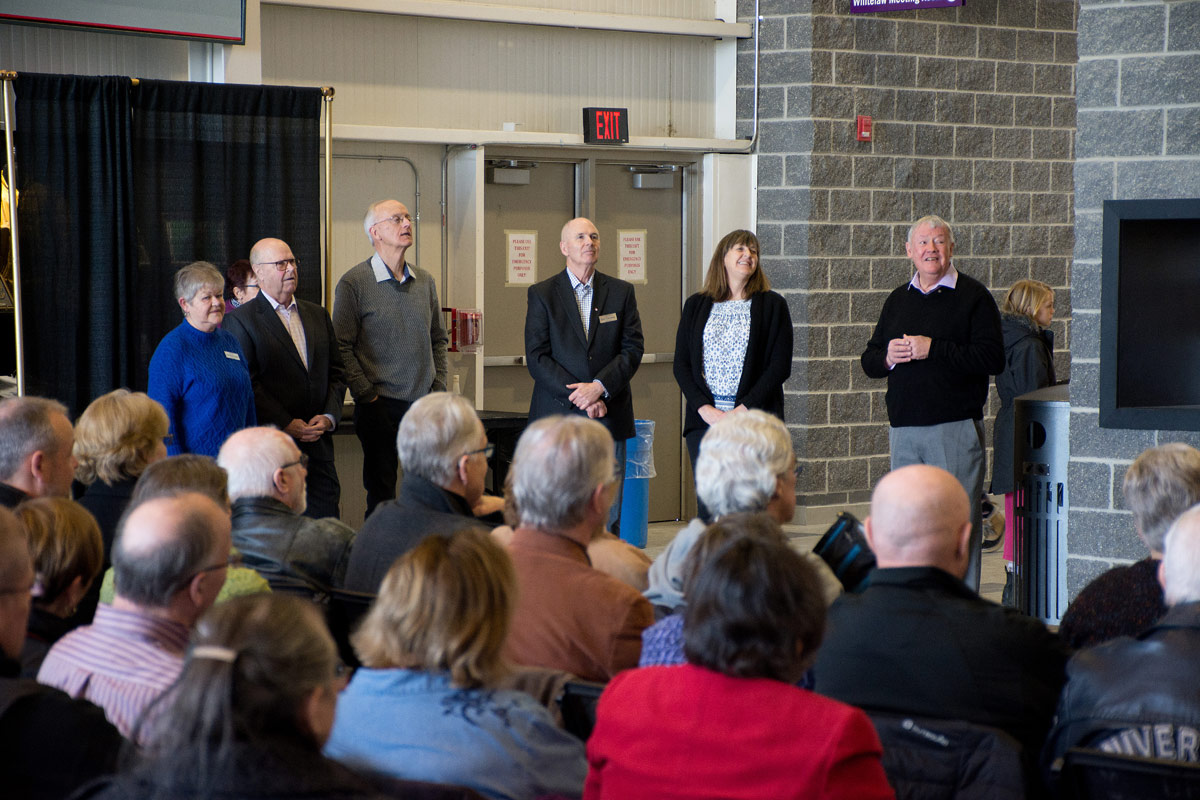 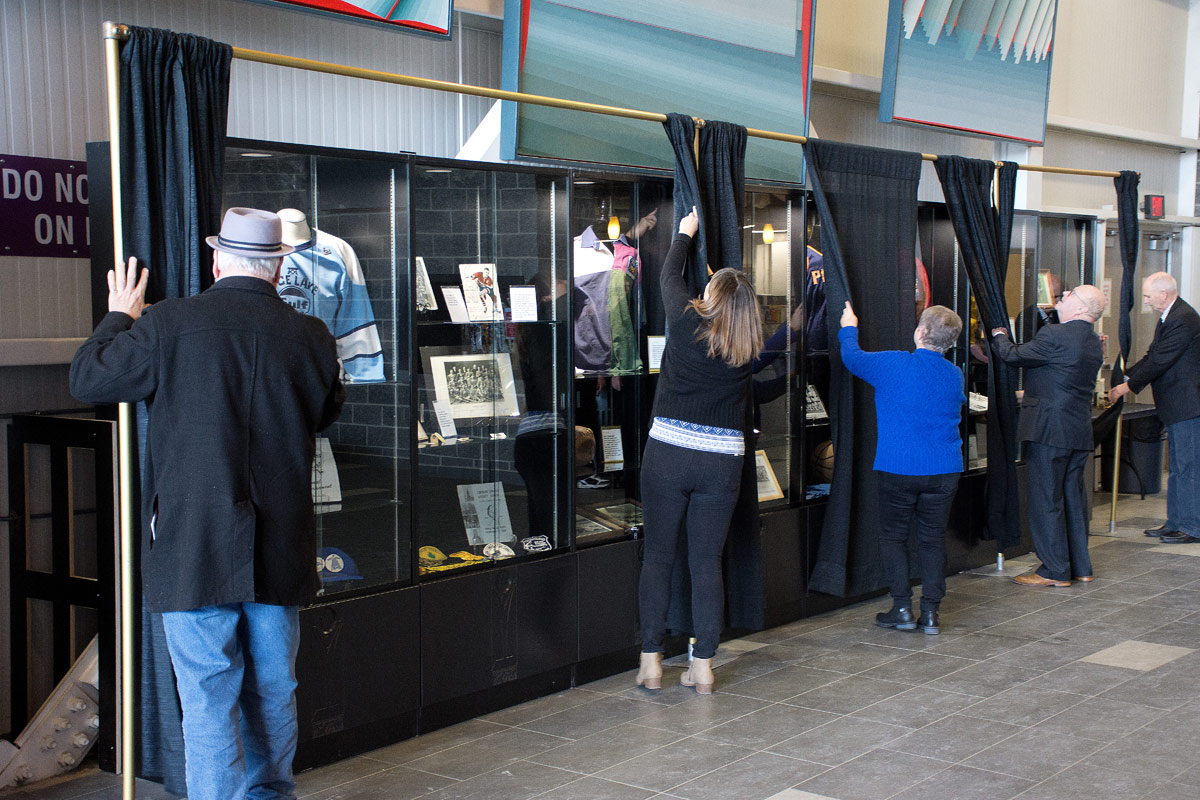 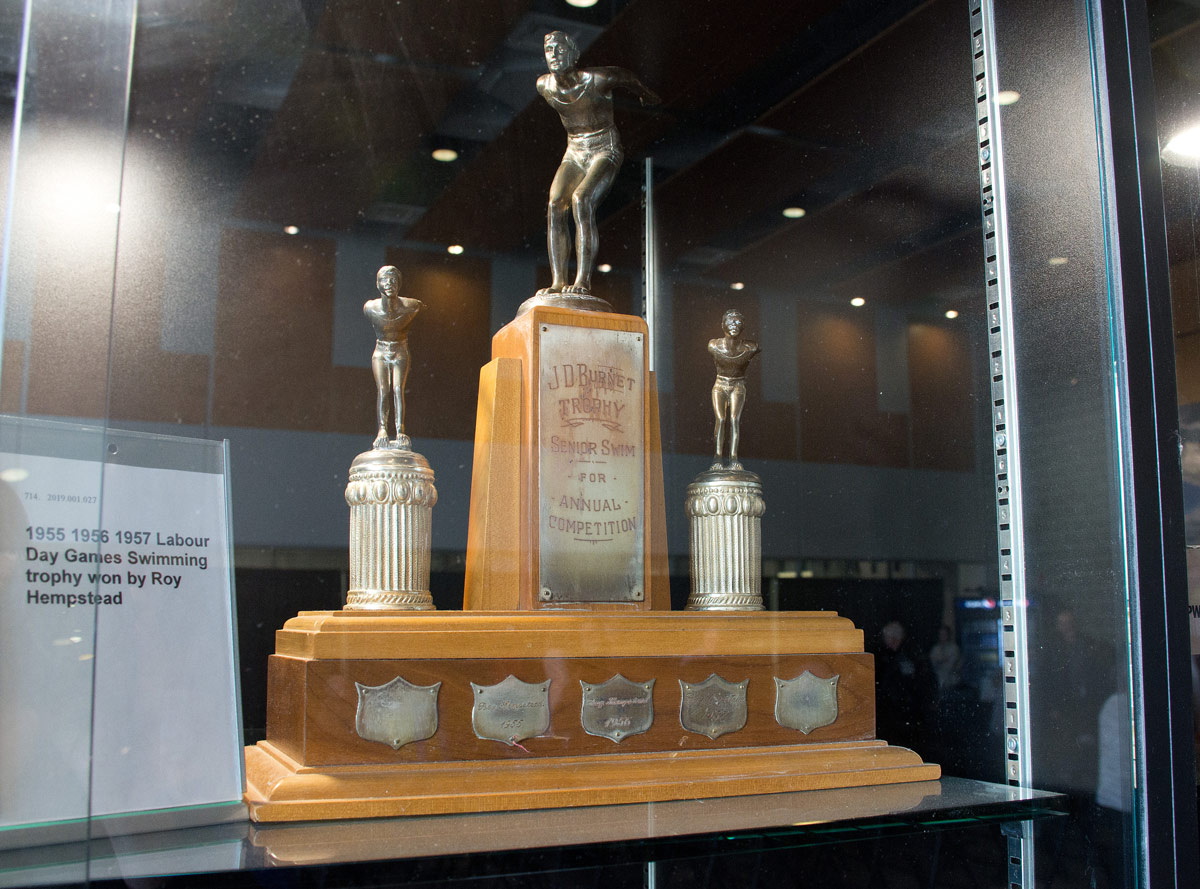 Thanks Ross & Family for your Dedication.