One of Cobourg’s few places to entertain yourself is now open for visitors albeit with Covid-19 rules in place.  The Sifton-Cook Museum, within walking distance of downtown (adjacent to the Legion), has a collection of displays telling a mix of stories covering Sports, the Military, Transportation and more.  They are open on Fridays & Saturdays to Thanksgiving from 10 – 5 and Sunday afternoons from 1 – 5.  This year they are also celebrating the completion of their roof project which included adding eavestroughs.  This was financed by donations from members, the Town of Cobourg and a Federal grant.  So on July 24, Sifton-Cook’s Treasurer Stanley Isherwood invited Mayor John Henderson and MP Philip Lawrence to the site and publicly thanked them for their help (see photo below).

If you haven’t been to the Museum, it’s certainly worth a visit – bring the kids who will love the model train that runs through the grounds.  The train runs over an accurate model of the Rice Lake bridge which was part of an early attempt to promote Cobourg as a major Town and Port.  Local historian George Parker researched the Cobourg Peterborough railway so his model is historically accurate – especially the bridge. If you catch him onsite, he has many fascinating facts and anecdotes to relate.

The Museum is housed in the “Barracks” building which dates from around 1812 and was originally thought to be a military barracks but it’s now thought that it was a brewery house.  In any event, it’s an old limestone building and in 1999 a group of citizens concerned about its near collapse got together and have managed to preserve it.  Each summer, it’s used to house different exhibitions. There is also a gift shop on site although it is currently not open because of the Virus rules. But the rest of the site is now open – there is no charge to visit although I’m sure they’d accept a donation. 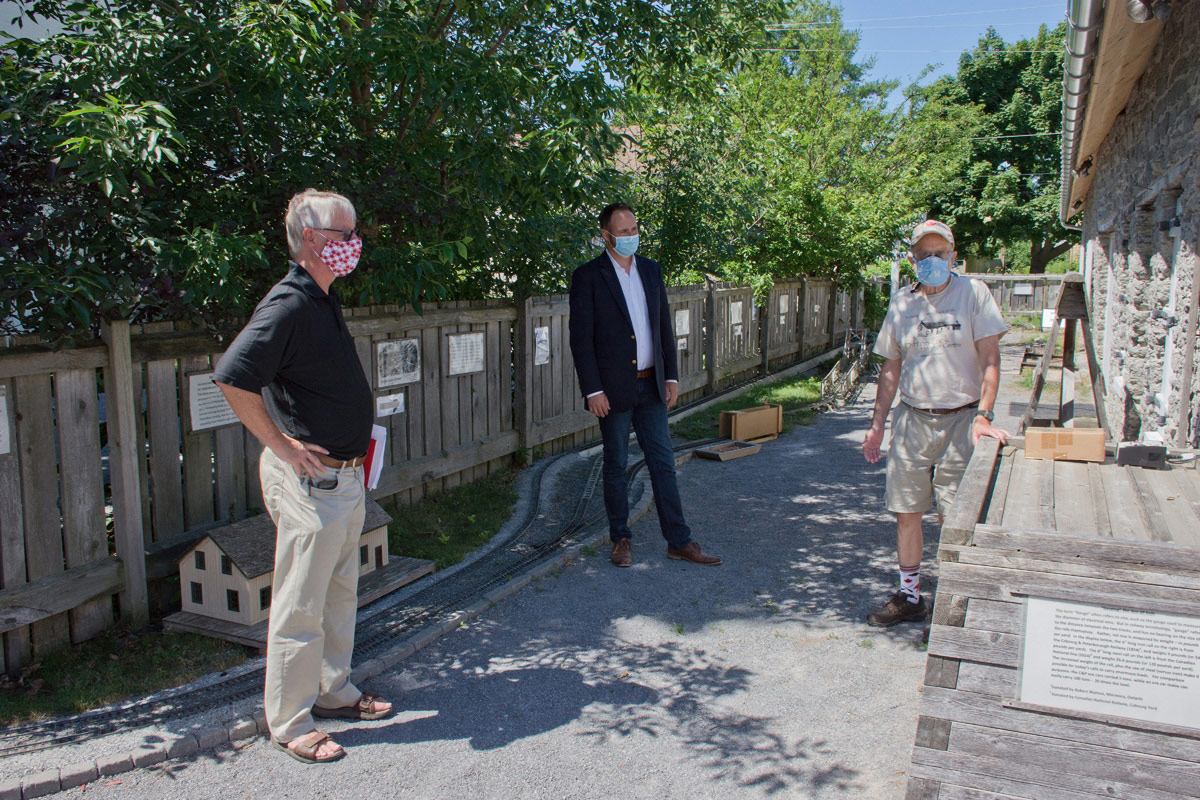 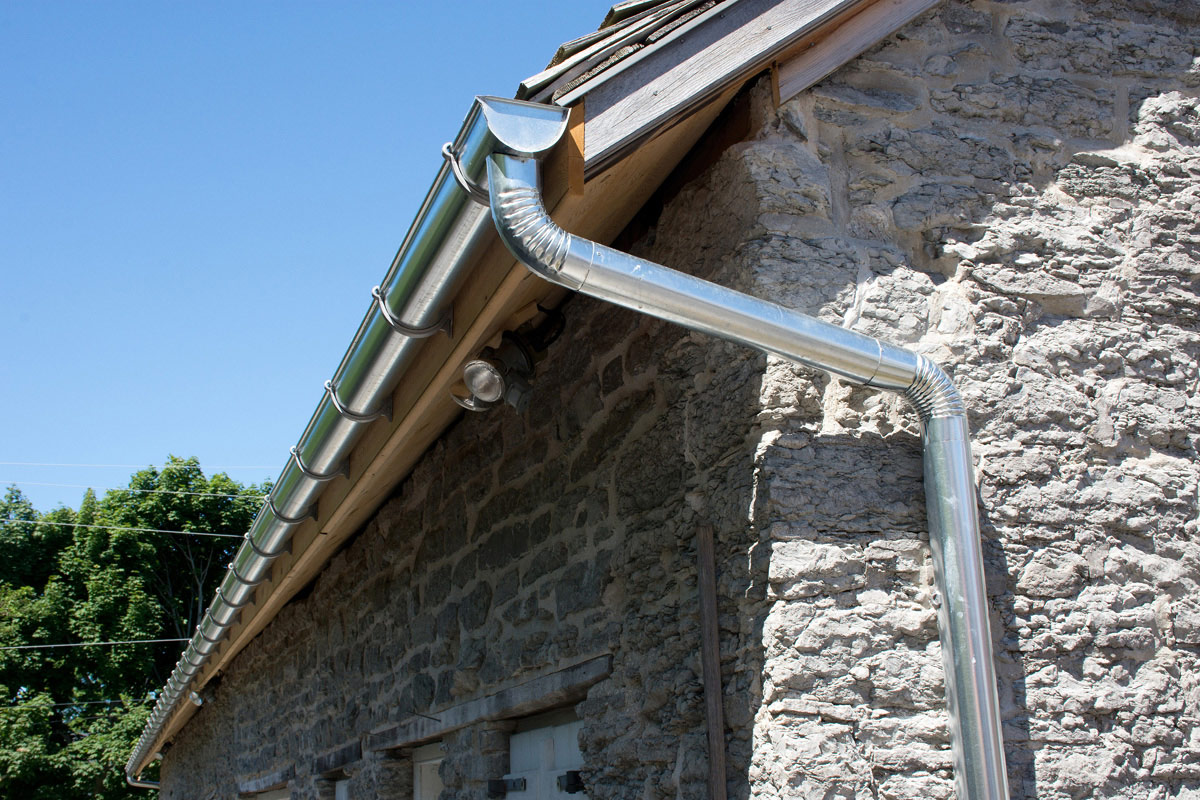 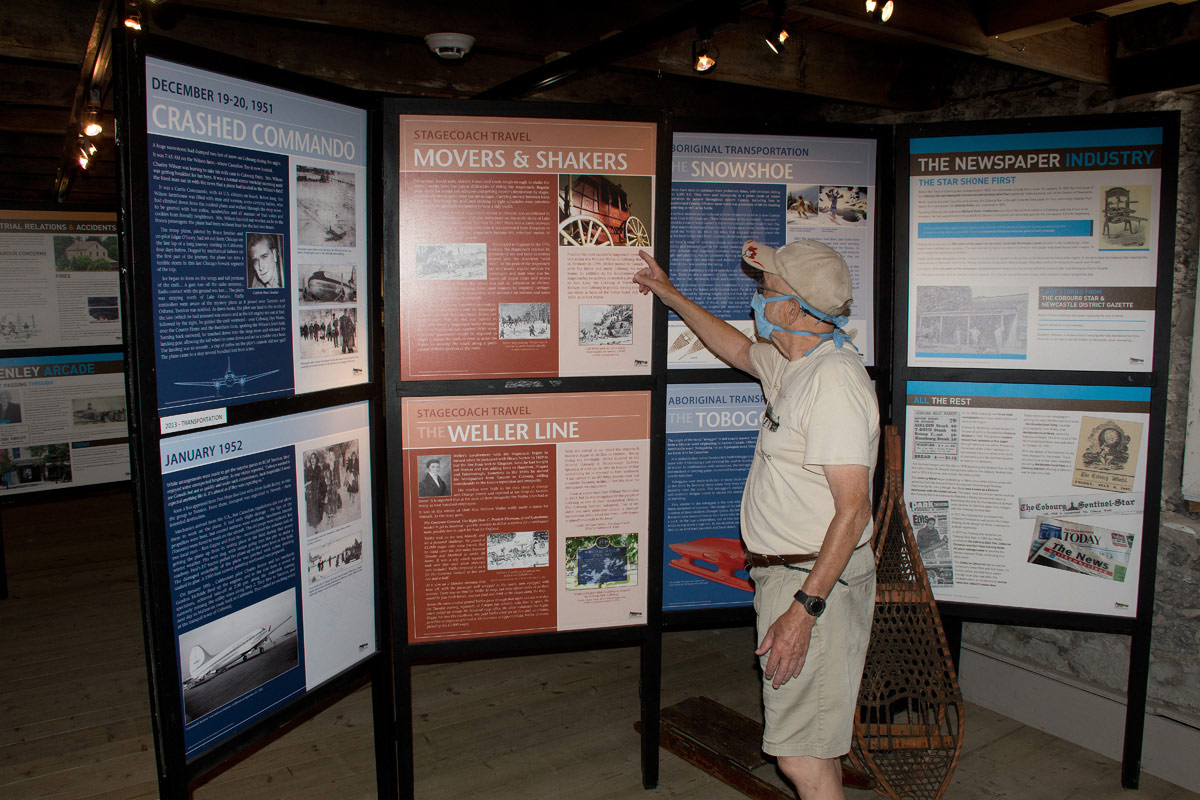 Stanley Isherwood with some of displays 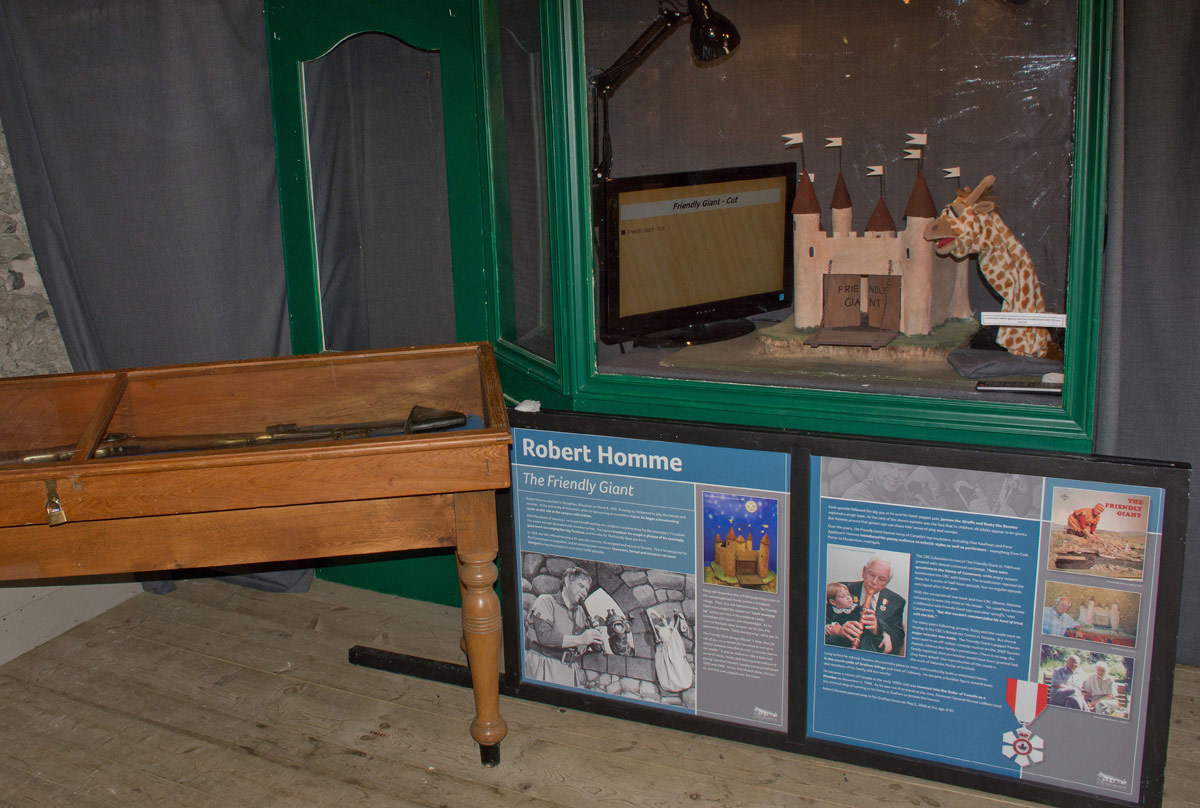 As background to John’s article I can add the following..

For those who do not know the history of this area, which may include Cobourg residents who have been putting off a visit to the Sifton-Cook Heritage Centre or SCHC (often referred to as the Museum), new residents, visitors, or new generations of local residents, the Cobourg of today is but a pale imaitation of what it was 170 years ago.

From the late 1790s when forests were first cleared to create farmland, to the 1850s, Cobourg evolved into the centre of commerce, manufacturing, shipping, justice, civic administration and education for the District of Newcastle, an area that once extended from Oshawa to Trenton and north to the French River.

This is why the historic Kings’ Court and Jail just south of Victoria Hall once housed up to 200 prisoners; why Victoria Hall was opened in 1860 by British Royalty and why Victoria College, later moved to the U of T, originated in Cobourg along with its’ principle founder Egerton Ryerson. The College included the first ever building dedicated solely to education in the Sciences

The story of how Cobourg rose to such prominence so quickly, only to enter a 100 year long period of stagnation during which its’ population remained at 6,000 until 1960, is a fascinating story and one told chapter by chapter at the SCHC through new exhibits staged each summer.

Please consider a visit, you will not be disappointed.

And not to omit Paul Kane:
“…Paul Kane’s time in Cobourg, Ontario was limited but it was an important time for both the artist and the community. His experience painting local portraits strengthened his skills of observation; his employer introduced him to his future wife; and he made lifelong friends among the town’s residents…”

“…Kane…moved to Cobourg, Ontario in 1834. He may have taken up a job in the furniture factory of Freeman Schermerhorn Clench, the father of Harriet Clench who Kane married in 1853. While in Cobourg, Kane painted several portraits of the local personalities, including the sheriff and his employer’s wife…”
—— Wikipedia

Well worth the visit – I go several times a year and take visitors who come to Cobourg also. Displays are always informative, and the building and railway are extremely well maintained. Thanks to all the volunteers and donors for keeping the place open.

Great work Stanley, the railway sure looks authentic. Also thanks to you and the Museum Foundation for the supporting the”Fern Blodgett (Sunde) Statue Project by approving the Foundation to be the legal identity for the Statue Committee, headed by Leona Woods.

Thank you for highlighting this invaluable archives that is located in Cobourg.