On the property of FV Pharma, a subsidiary of FSD Pharma which owns the Cannabis plant at the old Kraft property, there is a derelict building once used to do research on the pectin product branded Certo.  In 2017 it was in really bad shape with an engineering estimate of approx. $500K to restore it so the company asked for a demolition permit.  But after a public outcry (see links below) the permit was denied and the company said they would restore the building and convert it to an on-site dispensary with a completion date of 6-8 weeks or around January 2019.  The announcement was made by Thomas Fairfull but since that time, he is no longer the CEO and the company has shifted focus from recreational cannabis to medical usages.  So at the Council meeting tonight it was good to hear Councillor Aaron Burchat announcing that restoration is under way.

The reason for preservation and restoration is that there are few Industrial Heritage buildings remaining in Cobourg.  Let’s face it, heritage is a nice word for old – in this case maybe 100 years old.  And as the Town’s Heritage planner Alison Torrie Lapaire said at the time: “It’s representative of a Greek Revival style administrative building from the early 20th century”.

Councillor Burchat was acting planning coordinator in the absence of Nicole Beatty and said that the owner has retained an engineer and the first steps (in March) are to remove the roof and HVAC unit since it’s in danger of collapse.  The roof will then be tarped for protection over the winter pending the submission of a full restoration plan to the Town.  The Cobourg Heritage Advisory Committee has been apprised, the Planning department has been consulted and the work is being overseen by a structural engineer. 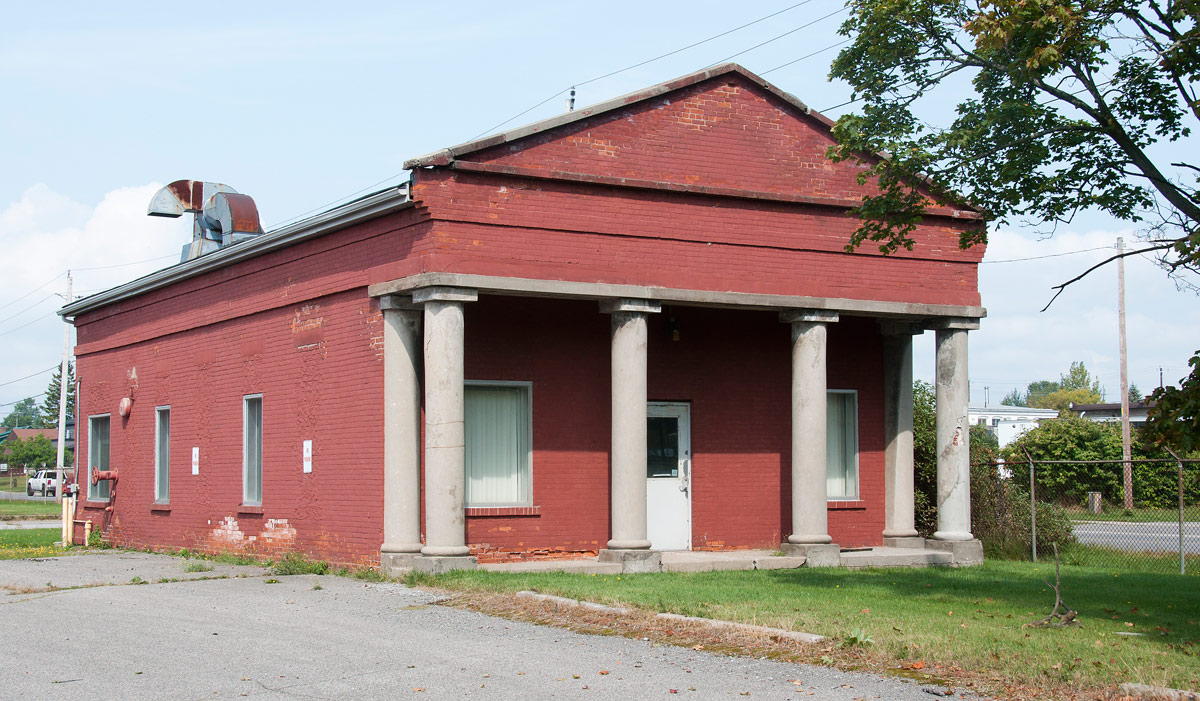 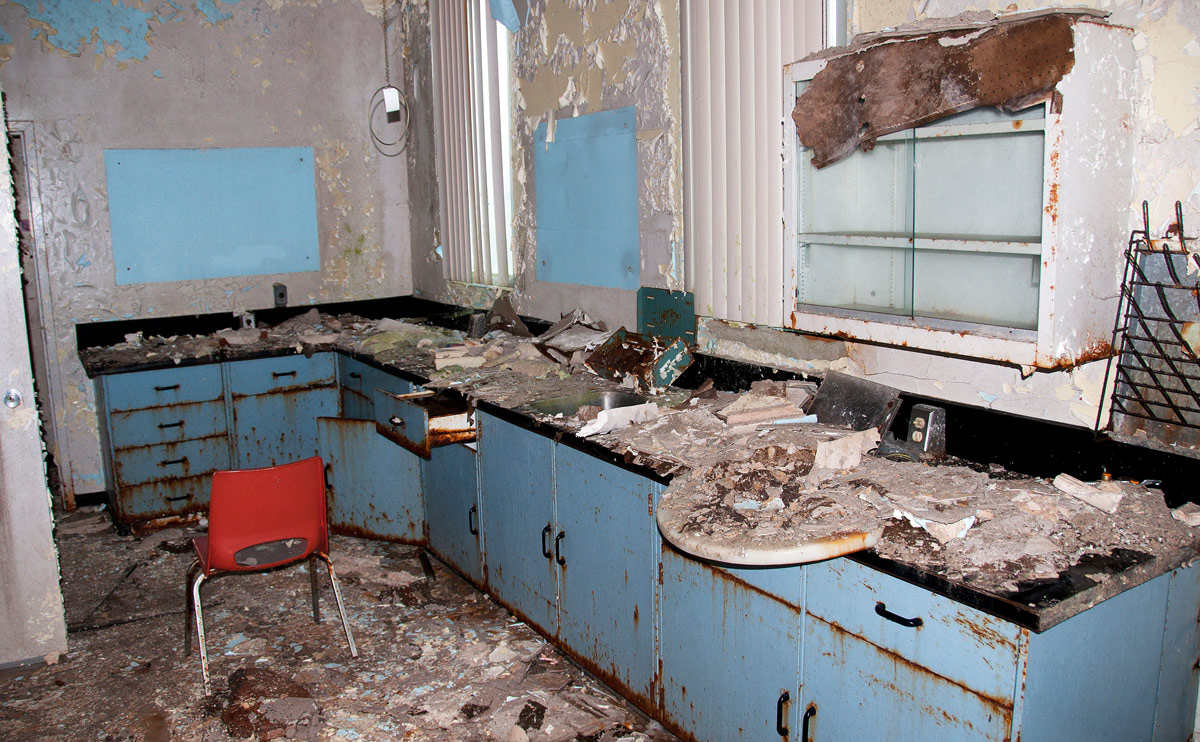 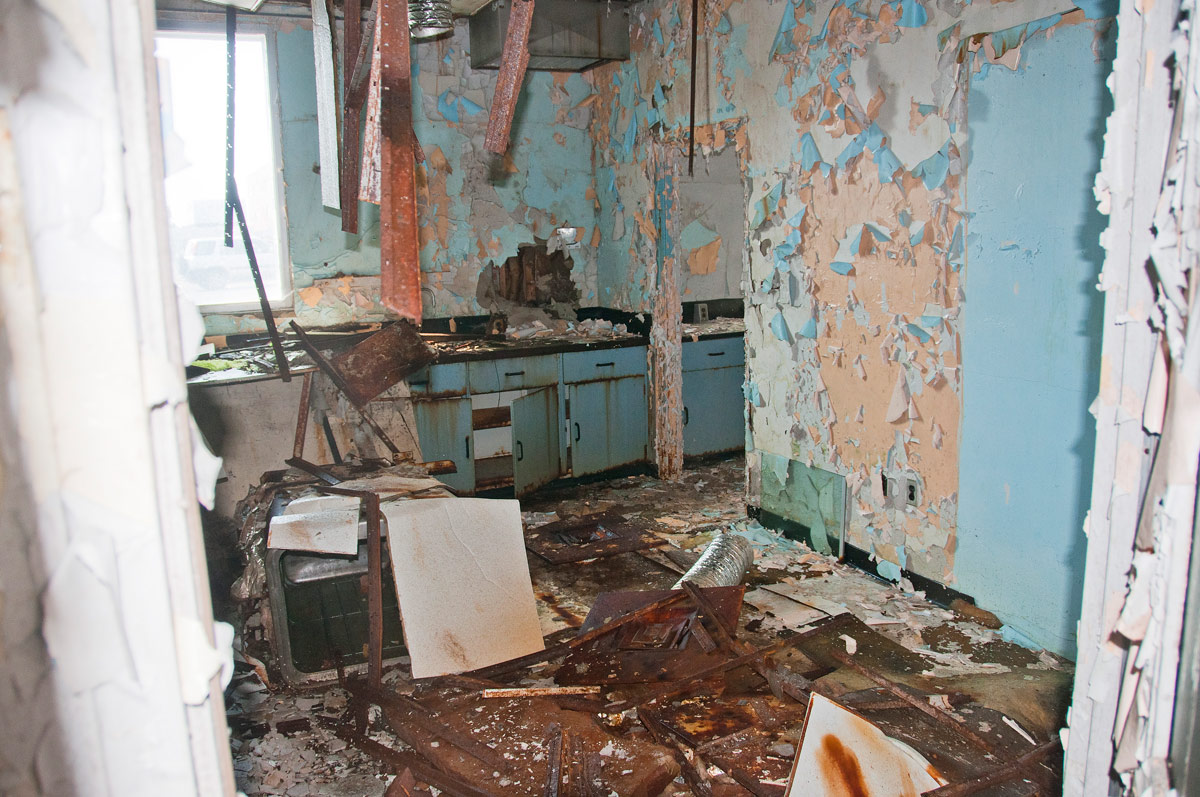 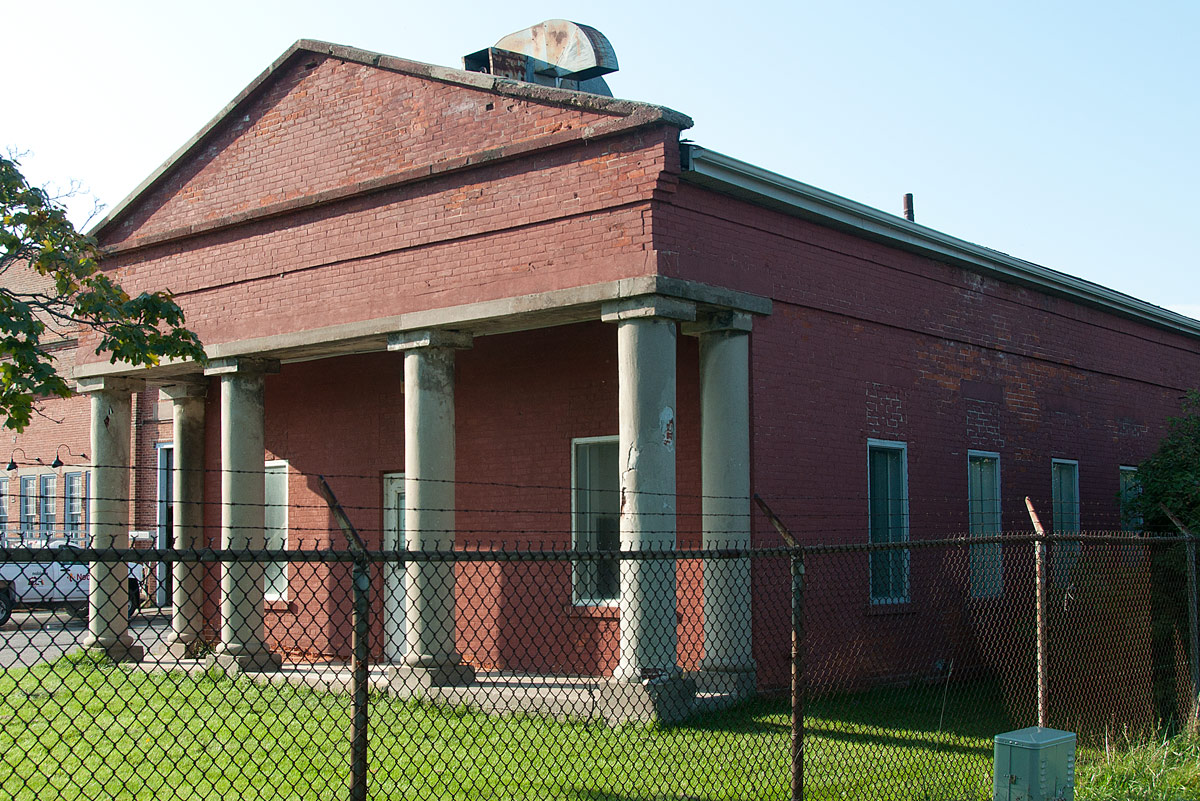 Sounds good on paper. Id like to know what is really going on there

Looking for more information on the local historical significance of the Certo building, I came across this information https://www.marijuanabreak.com/detox/certo-drug-test-full-review
I did not realize there was such a connection between a pectin product popular in many kitchens for decades in jam making, among other things, and the new industry located on site today.
As for the location of the heritage building … it is an industrial building near a railway. Where it should be with respect to historical context. And it is not just its architecture that is significant. Ask any good cook or canner.

Miriam, you might enjoy the article starting on page 7 of the Cobourg Historical Society newsletter at https://cdhs.ca/images/newsletters/NewsletterOct18.pdf for a little more about the Certo building.

Thanks Ken. And the article in your note brings to mind yet another possible connection between the history and culture of our area and Certo. The growing of apples, which are a source fruit high in pectin, and rural landscapes of apple orchards.

I can’t imagine a less-auspicious location for a supposedly historical building than this one.

Rein in your hyperbole Leweez. No one has claimed it to be a “great marvel” of anything. The building is distinctive and unique amongst other buildings in town. The building is being repurposed to participate in the economy of the town — it may be modest contribution, but so what? Many people will search for this building if they desire to purchase the products or services available there. As far as history is involved, mostly only the locals will know about it and that is quite sufficient, but again, so what?

Just want to thank you John for keeping us abreast of all the news in the Northumberland area and specifically Cobourg. Really appreciate it. I don’t have any comments on this topic, other than it is refreshing for a town to keep the past in the present. Again, thanks for your reporting.

It seems to me we should take a skeptical wait and see approach to any and all news regarding FV Pharma/FSD Pharma. It would appear the company’s primary export is not cannabis but stories about what they will do in the future. Mr. Fairfull made commitments, gave assurances and then evaporated. They were focused on both recreational and medicinal usage and now will only focus on medicinal. Medicinal users are encouraged to register on the FV website however that function does not work. Current President and Co-founder Mr. Zeeshan Saeed picked up where Mr. Fairfull left off and suggests approximately 1,500 in Cobourg by 2021 – great news as they will need to hire 150 people over the next 10 months. Do we know for certain whether FV Pharma currently employs anyone? I drive by the facility several times per week – it still resembles a construction site without any noticeable activity or substantive change. Much like Hexo in Belleville which has essentially been shuttered and laid off nearly everyone before it got off the ground. Has the Town committed any dollars towards FV Pharma? This entire business has resembled a snake oil sales job for a very long time… Read more »

Where is their stock price now?? That should tell the story.

From $40.00 to $7.05 in one year…A real looser for sure!
How much did insiders make on their short selling efforts?

Biggest single seller according to one source…..Mr. Fairfull. Cashed out ~ $8 million

Rob, I agree with your skepticism! Looking at their audited financials on SEDAR, they only spent about $400K on “production and growing expenses” but many millions on consulting, professional fees, salaries, wages, benefits, advertising, etc. I don’t know if they profit but some Cobourg politicians have a particular affinity for snake oil.

I just hope that Cobourg doesn’t get stuck with the bill for repairs to the Certo building.

That’s great news. I think preserving our historic buildings is important for all kinds of reasons, from retaining our heritage and history to being environmentally practical. We sure have some wonderful buildings in Cobourg.

1. The Town of Cobourg’s Civic Awards Advisory Committee is now calling for nominations for the 19th Annual Civic Awards to recognize local residents who have helped benefit the community through outstanding volunteerism and community involvement.  Download the nomination form at www.cobourg.ca/civic-awards.  This year’s Civic Awards virtual gala will be on Friday, April 23, 2021.

2. Schools will re-open in Northumberland January 25 and students will return to class.  More details (as usual) at this page.

There’s a new letter to the Editor as of January 15.

Go to Letters to the Editor Page

Subscribers will get emails at 8:00 pm notifying of new letters.

With the virus inhibiting in-person meetings, the Town and County are holding more on-line surveys.  These are listed on a special page here:  Current Surveys

Most Viewed Posts and Pages