If you have been following the statistics reported on this site (see links below), you will have noticed that the number of new cases has been declining.  Recognising this, the Province has now decided to move the designation of the Haliburton, Kawartha, Pine Ridge region – which includes Northumberland – from Orange to Yellow effective 12:01 am Monday, March 8.  This will allow “some easing of controls … including for restaurants: the lifting of the 50-person capacity limit, the ability to stay open longer (to midnight) for in-person dining, and a limit of six people (up from four) being able to sit at the same table. Another change is that personal care services requiring the removal of face coverings can now resume.”  Complete details are at the HKPR DHU web site and in the documents in the links below. 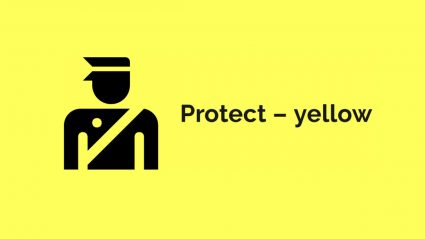 There are still some restrictions:
Highest-risk settings remain closed, including:

Dr. Ian Gemmill, Acting local Medical Officer of Health with the HKPR DHU urges people to not let their guard down because the situation could quickly change.

Variants
He also says that variants of concern have been detected in the area and tend to be more easily spread. He says that they have accounted for approximately one-quarter of all new cases detected in the HKPR DHU region in the last two weeks.

Vaccines
Here is a summary of the most recent information on vaccines.
The Astro-Zeneca vaccine has now been approved and is refrigerator stable.  It will likely be used for adults under 60 and at locations without hi-tech freezers such as pharmacies and doctors’ offices.

The Haliburton, Kawartha, Pine Ridge District Health Unit (HKPR DHU) has so far received a total of 12,000 doses.  All 1700 residents of Long Term Care Homes (LTCHs) have now received their two doses.  It’s likely that in future visitors to LTCHs will be required to have been vaccinated – currently they must be tested although some are getting vaccinated.

The Province decides the schedule and who gets supplies of vaccines and they base that on where cases are worst – so zones worse than our yellow would get a higher priority. Since some vaccines need to be used quickly, individuals may be notified to be vaccinated at short notice.

The Ontario Government online booking system (also with phone calls) will be used in our District but is not yet ready to accept bookings from this region.  Some other regions are already using it but it’s not yet confirmed that it will be ready for us by March 15.  Dr. Gimmell says there will be lots of advertising when vaccines are ready.  Don’t call Hospitals looking for an appointment.

The spacing between doses for Pfizer and Moderna vaccines is only critical in that they must not be too close.  The 16 week gap used in some Provinces is probably a good idea.

Children will not be vaccinated until late summer or fall since there are no vaccines yet approved for children although there are now trials in progress.

Vaccination Locations
In Cobourg, the Cobourg Community Centre CCC will be used as a vaccination centre starting March 15. No further details are available – they will likely be announced early next week. (Watch on Cobourg News Blog’s Vaccination info page plus the News Update box). It’s likely that this will be for seniors over 80 and/or front-line workers – at least initially.  When it’s time for adults under 60 to be vaccinated, it will likely be at Pharmacies and Doctors’ offices.  There are no published details on this yet.

A lot of people are hungry for information as to when they can get vaccinated but there is no more information available.  The best advice is to stay tuned to your favourite news source – or all of them!

And here we Go ! TASTE OF COBOURG
Taste of Cobourg some body sure wanted to look important and win some votes by Promoting Cobourg into the West and North to Peterborough both RED ZONES by way of TV adds
I guess they didn’t want to miss the opportunity
of bringing the Variant to Town .
And who exactly is enforcing or over seeing the rules when it come to operating these restaurants . The promoter I presume

Canadian Doctors Speak Out (bitchute.com)
You are spreading unwarranted fear. More kids die of suicide than from Covid. Note that YouTube has blocked this video.

Super that we are trending in the right direction. However, we still need to be ‘overly’ cautious. See the Newfoundland and Labrador experience https://www.msn.com/en-ca/news/canada/in-newfoundland-and-labrador-three-ingredients-made-for-explosive-covid-19-outbreak/ar-BB1ekf60?li=AAggXBV&ocid=ACERDHP17. In 5 days they went from 1 case to 565. To the North and to the West are Red zones, plenty of opportunity to blow our zone designation out of the water and further delay our getting to a green zone designation. Remember – People are the weak link here, not Gov or procedures, and you can’t legislate against stupid!

Covid has shown me the ugly and scary side of our society. I used to wonder how any society could sanction acts of genocide. I now see how easy people will turn on another group. In Canada all it took was people to think “their” rights to do what they wanted superseded any caution to protect the seniors who were dying in mass numbers. Maybe if their dogs were dying they would take it more seriously.

Kyle, dunno I’d necessarily agree with ‘will turn on another group’. I do agree that there is a demographic (thankfully small-ish) of our society that believes individual rights supersede the needs/rights of the general population. These tendencies are certainly a combination of elitism, selfishness and/or lack awareness of consequence that are onboard parts of their character. Additionally, and not surprisingly, there is the influence of our neighbours to the south. Their societal leaning is generally toward ‘the last man standing’ approach to governance.

I read the article. It was all about ‘cases’. No reference to any deaths. Indeed there was no references to hospitalizations. The article said, “three-quarters of those new cases were among people under 20“. Were any of them sick as heck? They were more sick with anxiety. “One of them had a little bit of a cold and the other one barely had any symptoms at all,” Also “young people who had milder symptoms or none at all” The article speaks of “older patients who had noticeable symptoms and thus got tested.” No hospitalizations. One of the students said it “is taking a toll on my mental health,”

So why are you promoting alarmism? You said “we still need to be ‘overly’ cautious.” Why do we have to be overly?. There were no deaths, no hospitalizations. So why the sky is falling, the sky is falling schtick?

According to a study from the Journal of the American Academy of Child and Adolescent Psychiatry (JAACAP), there are now children and adolescents with higher rates of depression and anxiety resulting from the required isolation and loneliness of COVID-19.

The overly cautious approach is causing unnecessary anxiety, mental health disorders, increased drug use. By all means be cautious, but lets cool the overly bit because it causes more social harm than good.

Cobourg now in the Yellow Zone…then why is the Track at the CCC now closed starting March 6th without a reason being given…or a possible re-opening date being given???

Perhaps it is because there are plans to soon use the CCC for a Vaccine Centre, if approved by the Town tomorrow.

There is plenty of space on the ground level of the CCC to conduct a Large Vaccine Centre…The Walking Track is on the second level accessed by a stairway (hard time for seniors) and a very small elevator. Surely both could be in operation at the same time as only 10 walkers are allowed per 45 minute session (7 sessions per day).

Why expose seniors to hundreds of people a day fom all over the county coming into the facility for vaccinations and why would you group people together in an elevator?

You missed the point…why can’t both the walking track (second floor) and vaccine clinic (main floor) operate at the same time. You would be foolish to have the vaccine operation on the second floor walking track area because of the stairs and the small elevator for obvious reasons.

Let’s hope the health unit gets around to retirement homes, which are still largely locked-down, before they open clinics for the general public.

Everyone at Golden Plough has had both their 1st and 2nd shots already.

No one at Legion Village knows when they will get the jab.

All the police including non front line are getting done tomorrow. I wonder if that will include the essential Police Services Board? Bets? I guess Legion Village is low priority in Cobourg.

Legion village is a retirement home or supportive housing which caters to seniors.It does not meet the definition of a long term care home. A long term care home is often referred to as Nursing home.Extendicare,Golden Plough,and Streamway are long term care facilities and given priority for vaccinations.

March 8 no one at Legion Village has heard anything about when.

I wonder why we are not using a system for vaccinations we already have in place, the electoral roll, which could be adapted to inform people of when they could get their vaccine by sending out a postcard to each home as they do to tell people where to vote on election day, or where the advance polls are. That would catch a lot of people and then they could go back and pick up the others, or get the vulnerable using a different method (not sure if there is an age identifier in the electoral info). Those too young to vote would be picked up another way. The additional consideration would be that many people have moved after losing their jobs so the roll might be inaccurate.

Last edited 1 year ago by Leona Woods
6
-10
waiitng for my jab!
Reply to  Leona Woods

Not everyone is eligible to vote Leona – there are many who are not citizens.

5
0
Ken Strauss
Reply to  waiitng for my jab!

Not even Russian want to use their vaccine
Why many in Russia are reluctant to have Sputnik vaccine https://www.bbc.co.uk/news/world-europe-56250456

Exactly. I know people in Hungary that are holding out for a west European or American vaccine, meanwhile Hungarians are dealing with this Hungary stretches vaccine supply to counter “exponential” rise in cases (yahoo.com) Many countries don’t have billion$ to throw around for western made vaccines. Canada may have been lucky that China told us to stuff our contract up our Panda Lover in Chief. China’s Sinovac vaccine trial results far less effective than initially claimed in Brazil – CNN

Thank you for including links. Saves each of us having to track down sources individually in a mass duplication of effort.