In January 2020, Council approved new rates for taxi-fares – but they were only a minor change.  The senior’s discount was reduced from around 30% to 10% and the wait charge no longer required being stopped for 2 minutes.  But at Monday’s regular Council meeting, Kelly Paton, owner of Cobourg Cabs, made a passionate plea for an increase in fares.  She said it was not to make her rich but a matter of survival.  She said she took only $100 a week in wages for herself.  She said that she employed 9 drivers with 3 licensed cabs.  The increased cost of insurance, increases in the minimum wage and currently high gas prices made her business not viable.  Choices are increased fares or closing the business.  She said she had spoken to other Cobourg taxi owners and she was speaking for them.

She had surveyed what taxis in other towns charged and she conceded that Cobourg’s pickup charge was too high but that the per kilometre rate at $1.75 was way too low.  (See Kelly Paton Supporting Doc below).

She asked for three things: 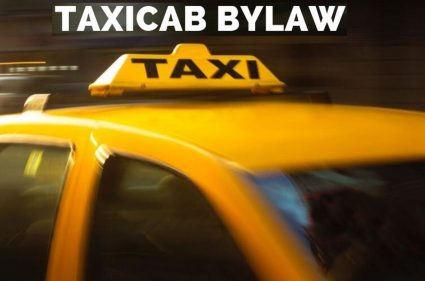 Three months ago, taxi companies had agreed with Brent Larmer on rate increases and his proposal was already on the Agenda with a $2.00 per km rate.  Kelly said that this was now superceded because of fuel price increases – but anyway, was too low.

Led primarily by Brian Darling but with strong support from Adam Bureau and Emily Chorley, there was considerable debate.  (A couple of amendments did not get approved).  Brent Larmer said that the issue was complicated by the need to consider Uber (etc) plus provision of accessible taxis.  In addition, he had not looked into the surcharge idea.  In response to a question from Emily Chorley, Brent said that accessible taxis would be more expensive and there might need to be a partnership with the town for these.

Another concern was the need to give notice to the public.  In the end, this concern was not addressed – the change is now in effect although the meters will take a bit of time to change.

But after considerable debate, Council passed a motion by Aaron Burchat, seconded by Suzanne Séguin, that approved the changes requested except for the fuel surcharge – that was referred to staff for a report by the next CoW meeting on March 28.  The necessary By-Law was also approved.

Discount for Seniors is 10%:

There are currently 10 taxicabs in 4 companies licenced to operate in Cobourg. In early 2020 A1 Taxi lost its licence due to multiple By-Law infractions (see link below).  It’s highly probable that Cobourg could do with more taxis and losing one or more companies because of a low fare structure would be a major concern.

A good, reliable taxi service is a wonderful thing to have:

Living without a car and taking cabs is the best and cheapest transportation to be had in this town, in my experience.

I won’t name my favourite cabbie – don’t want to share any more than I have to.

They should just allow Uber to operate

Couldn’t agree more about Uber however I feel for the taxi companies – Covid put the service on life support, as has an ill-conceived and inexcusable “green” taxation program and a war on Canadian produced fossil fuels…and now we have the Russian invasion of Ukraine.

There are a large number of people, including myself, who do not have smart phoens and are not tech savy – a telephone and the ability to get various services by phone is a life saver for us. Uber is not a viable option.

I think the new rates are a reasonable compromise. I was not in favour of the fuel surcharge so I’m glad to see no mention of that.