Tonight, there were more than 100 people in Victoria Hall to witness the swearing in of the new Council and the new Mayor’s inaugural speech.  Lucas was impressive and his speech was not too long.  The meeting included not only the necessary ceremonial aspects, it also included the first order of Council business which was to appoint the Mayor (Lucas Cleveland) to represent Cobourg on the County Council and the Deputy Mayor (Nicole Beatty) as the alternate.  Before the meeting started, the Concert Band of Cobourg entertained and then the event started with a piper leading the new Council elect into the Hall.  The band then played the National anthem followed by our Town Cryer Mandy Robinson doing her thing.  She amused the crowd by seeming to stumble over the fact that she now needed to finish with God save King Charles the third.

Town Clerk Brent Larmer was the MC and guided participants through the process. Starting with the Mayor, each Councillor read a statement – equivalent to an oath – that said they would (in my words) be diligent, ethical and loyal to King Charles III.  They then signed a document to that effect.  The photos below give some idea of the process.

We were then supposed to hear from MP Philip Lawrence but he was not available. Next was MPP David Piccini who made a short speech via video!  His key point was that he was looking forward to working with the new council.

Lucas then gave his inaugural address – I noted down some highlights.

After Lucas, the motion to appoint representatives to the County was passed then the event ended with the Concert Band playing God Save the King.

The new Councillors, previous Councillors and some senior staff then mingled with the crowd.

The first Council meeting – a Committee of the Whole meeting – is tentatively scheduled for 9 January 2023.  Between now and then, decisions need to be made on coordinators, whether there should be any procedural changes – plus Lucas needs to approve the meeting schedule (I believe the mayor sets – or agrees to – meeting agendas and schedules).

Click any photo to enlarge and start a slide show. 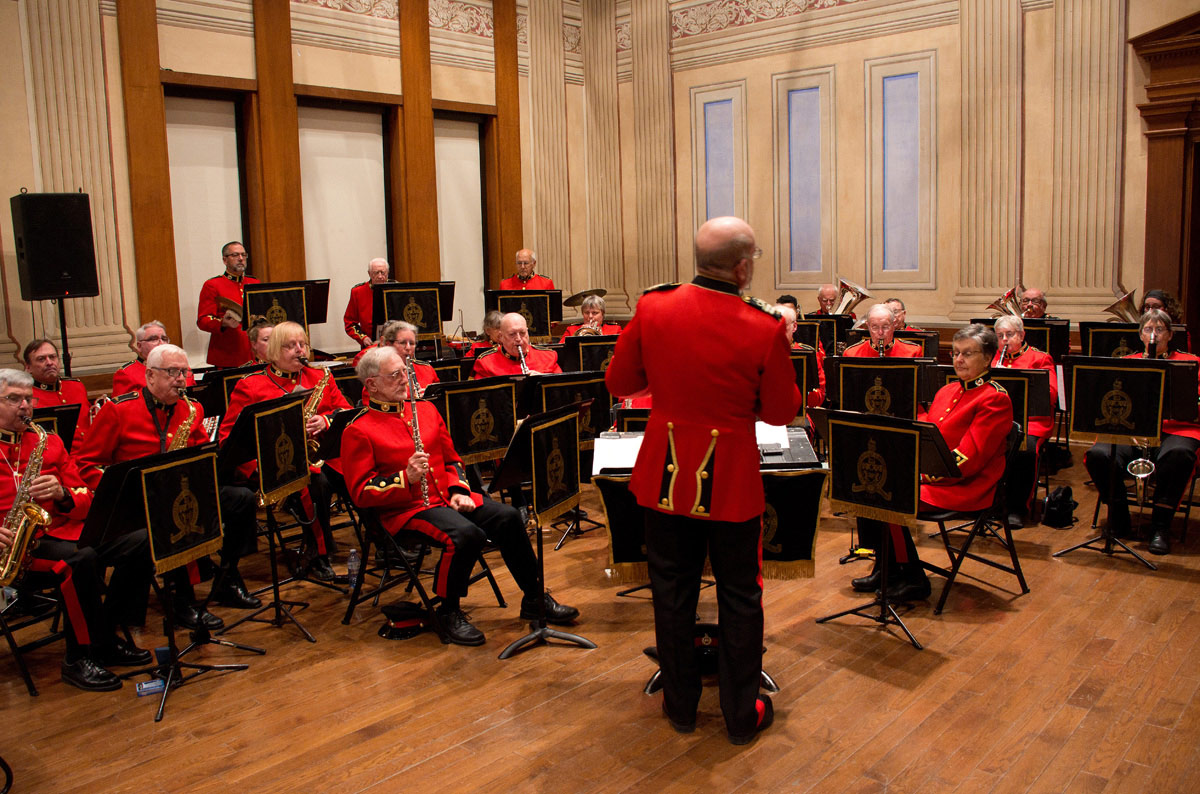 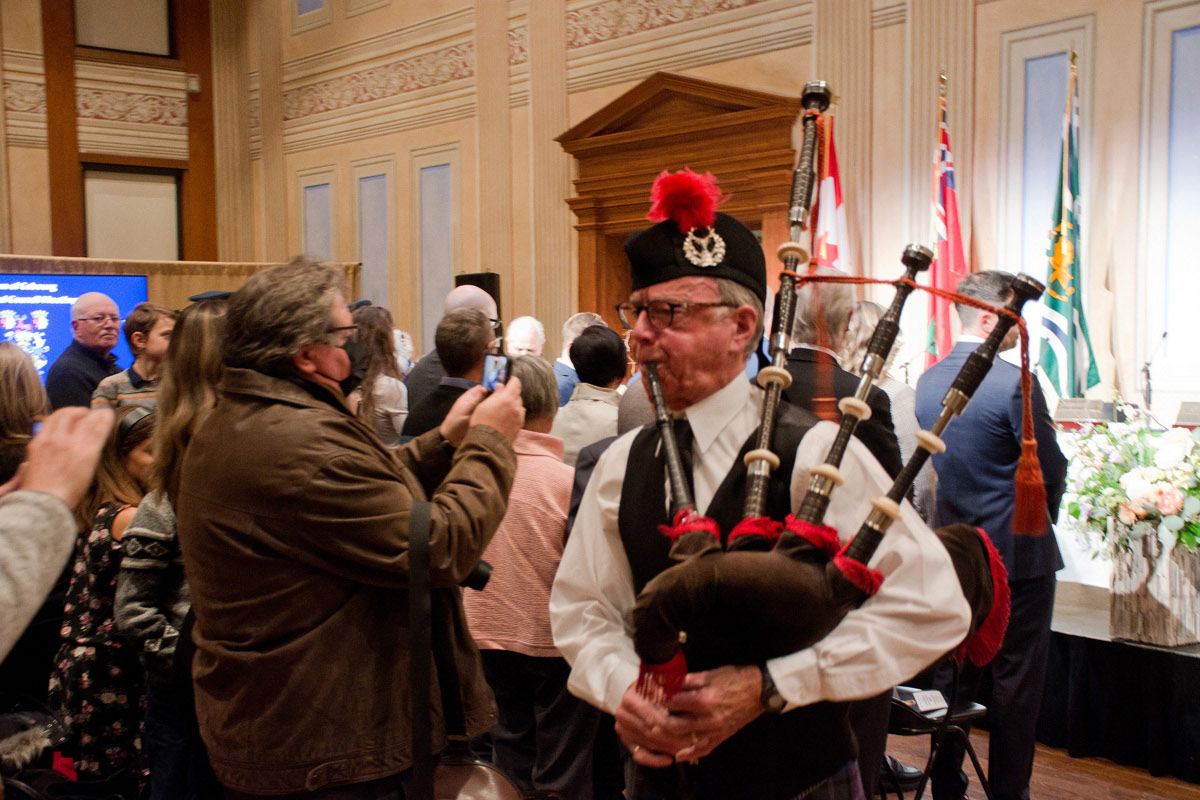 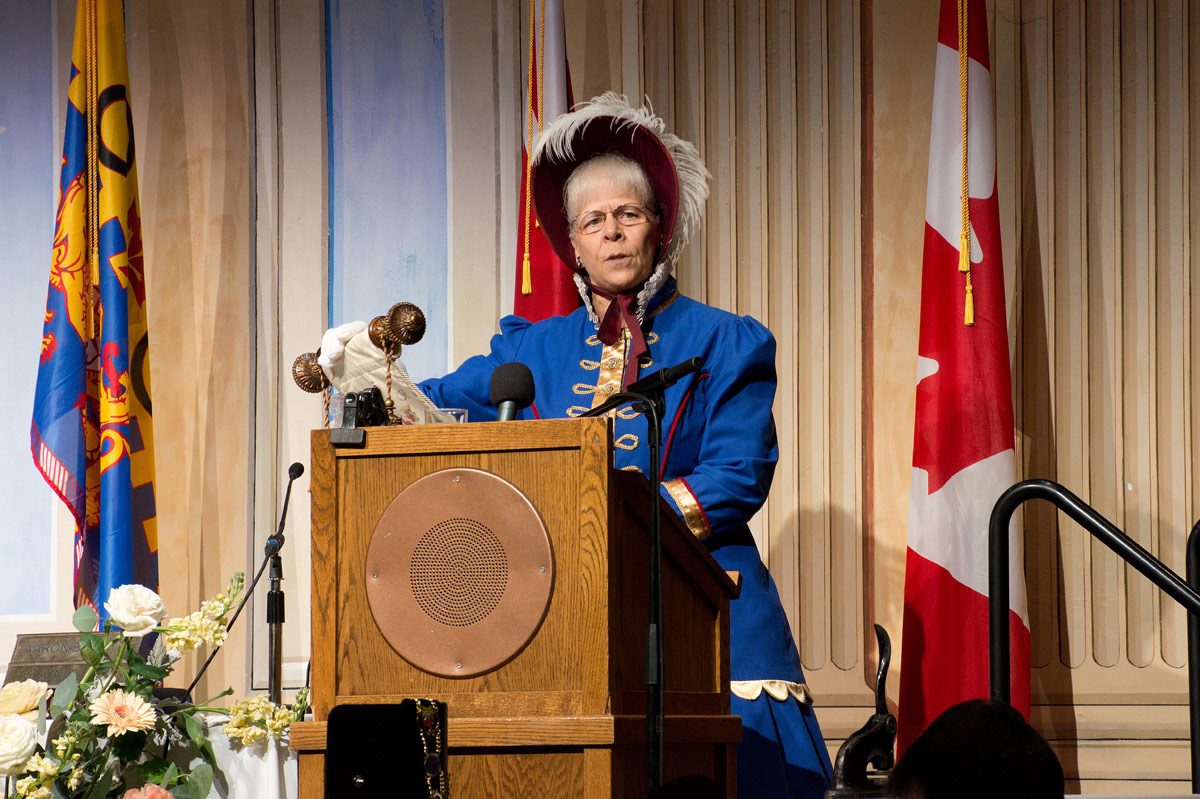 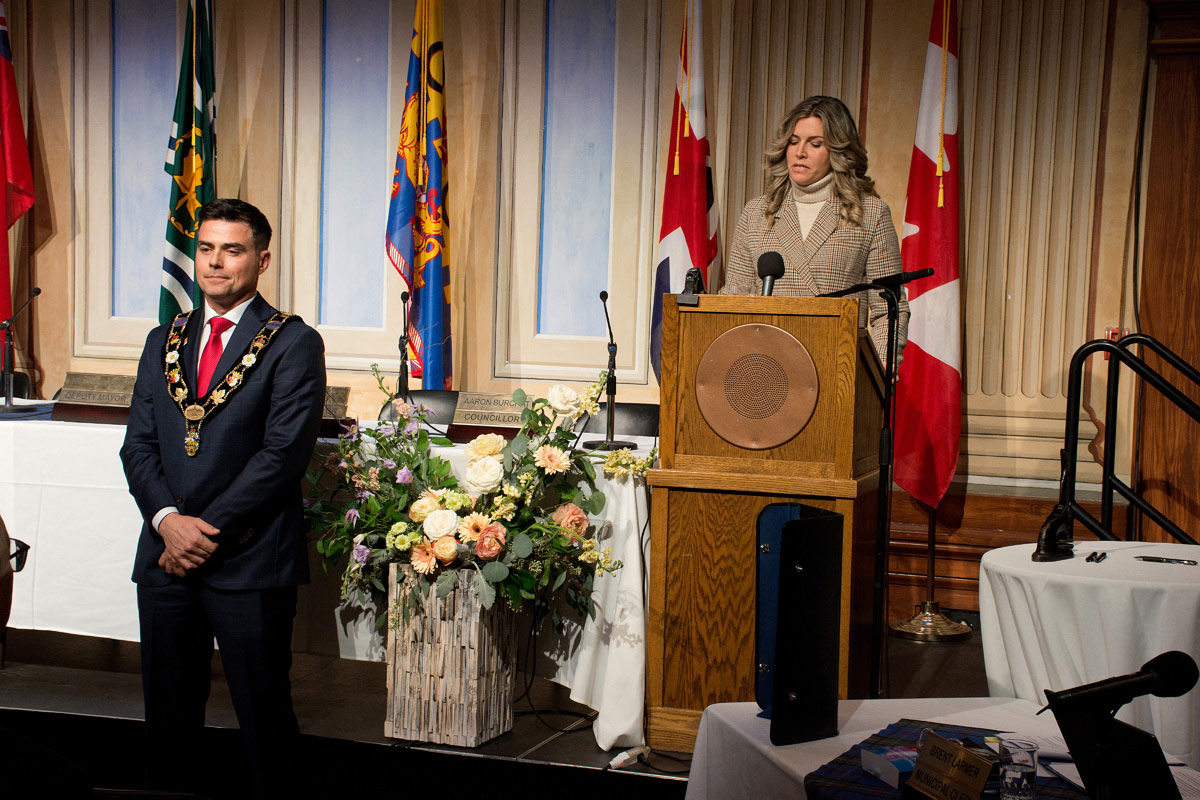 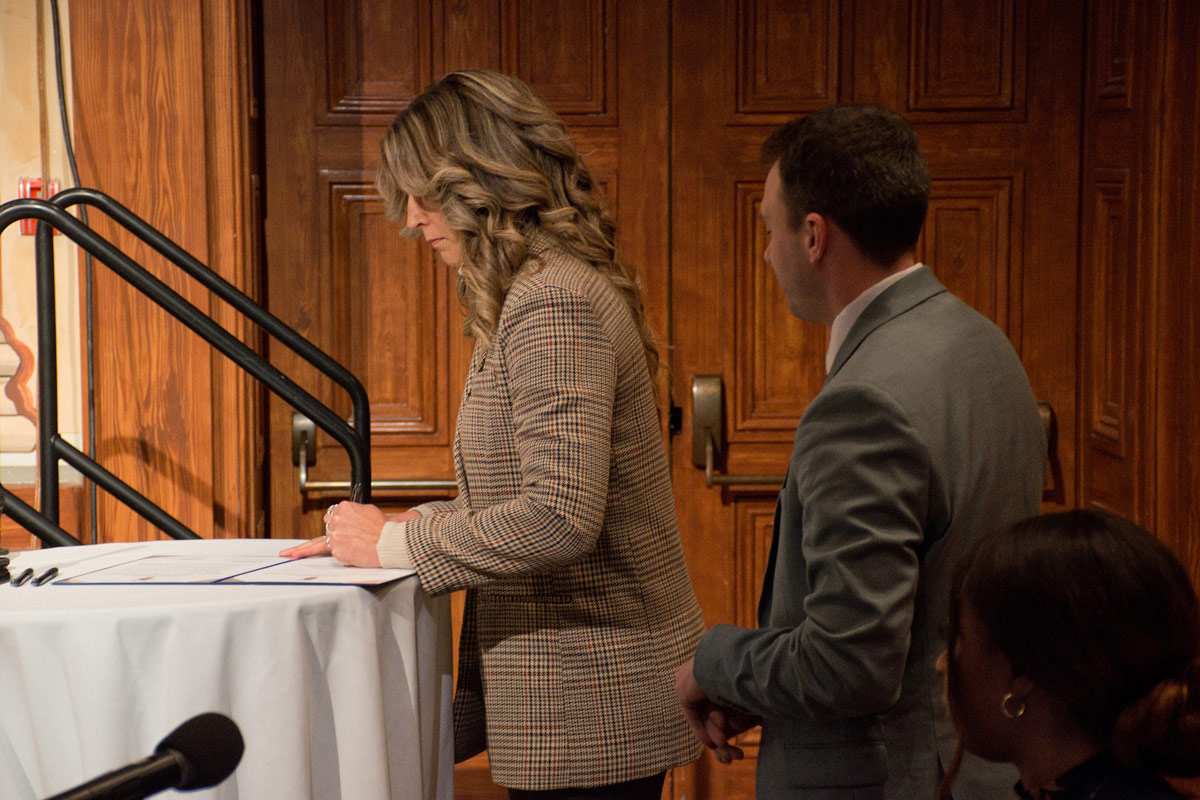 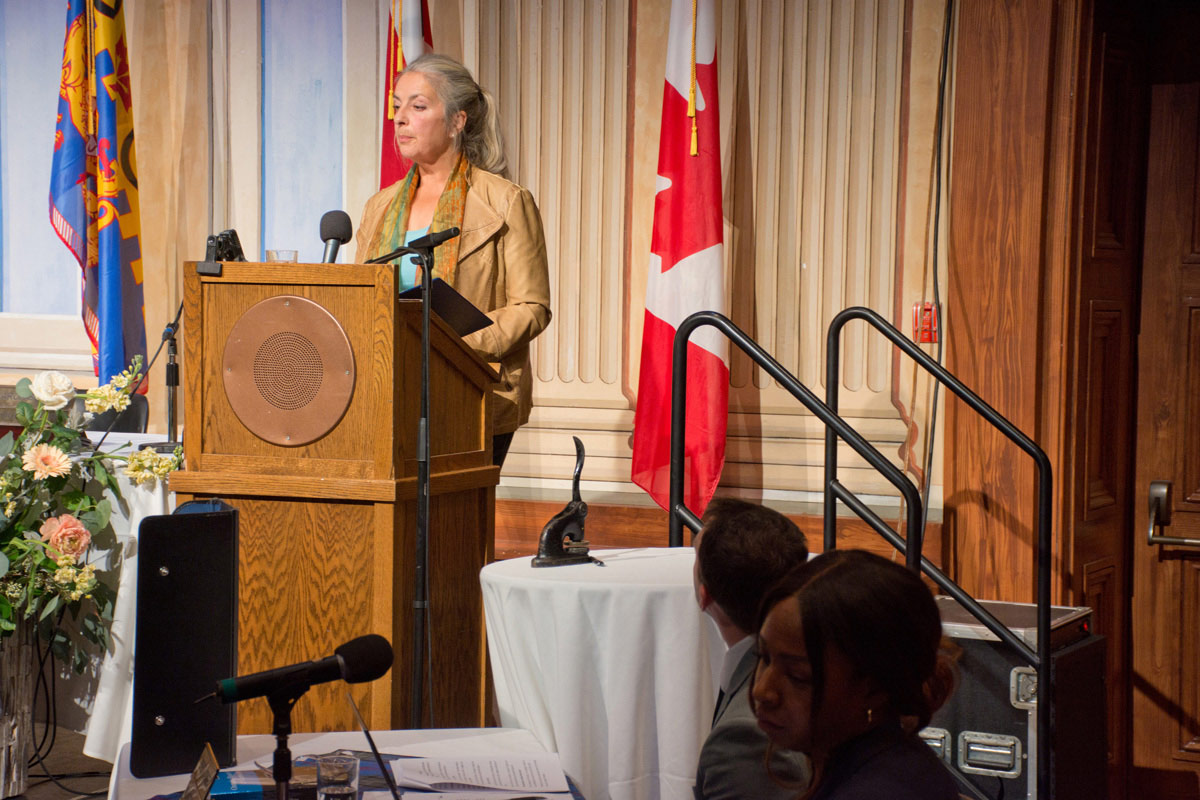 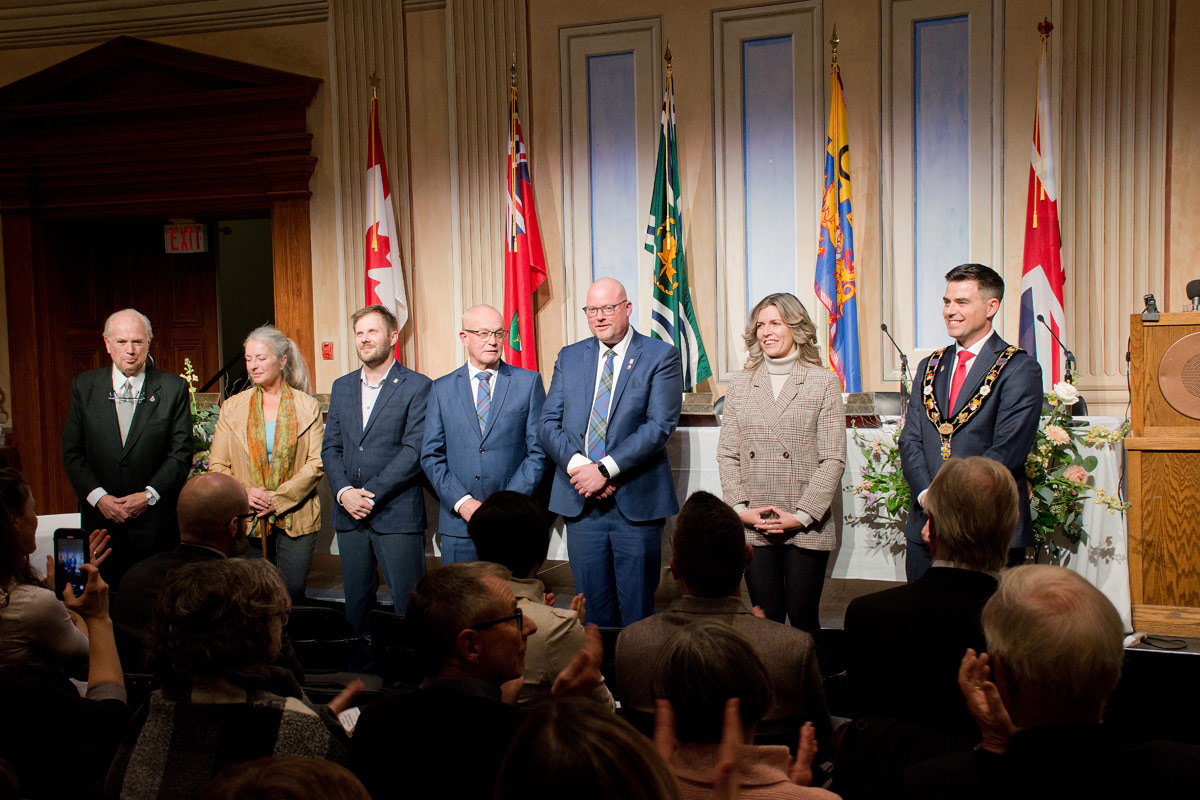 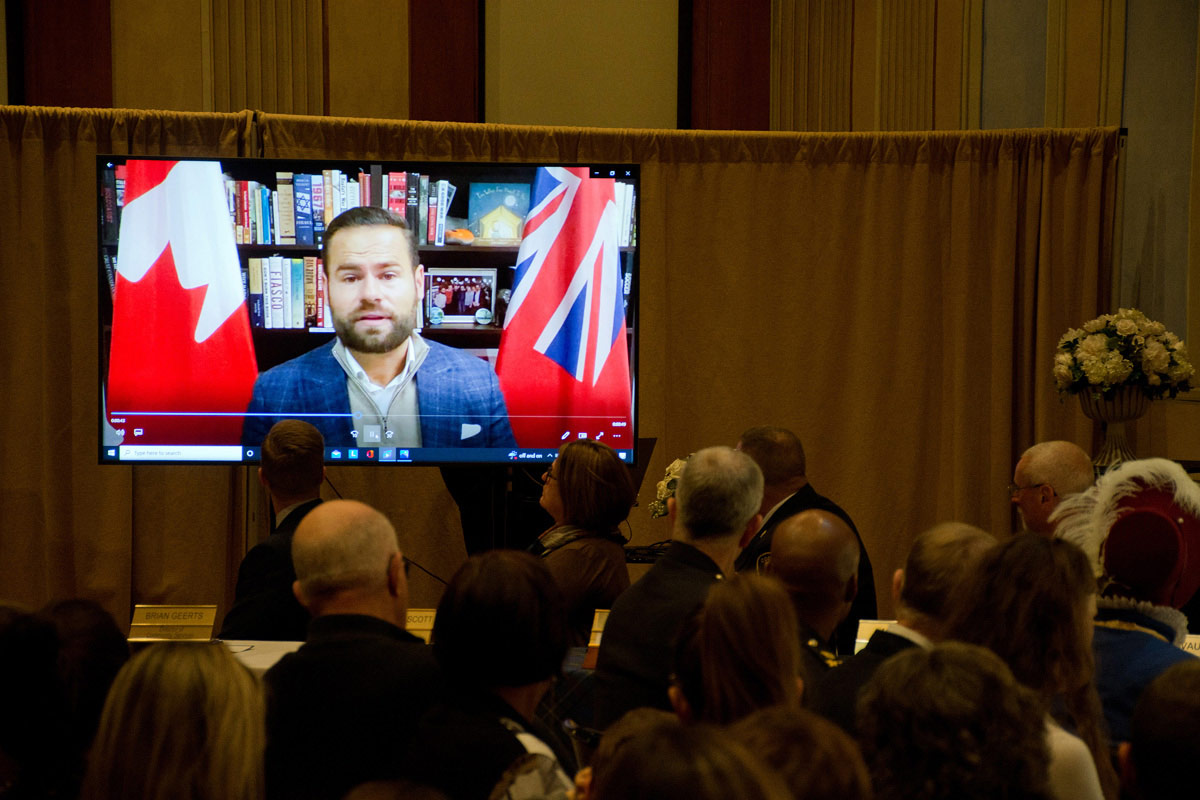 And if you are interested in the whole event, here is a video of it – courtesy of Brent Larmer.

I hope our new mayor has learned a hard lesson, he is no longer a private person. Every detail of his personal life will be scrutinized by those wishing to see him fail, by the comments posted on this blog, there are many. I hope going forward, he will conduct himself in the manner suitable to the position he has been elected to hold. He has apologized, let’s move on Cobourg. If he succeeds, we all succeed!

I sincerely hope Lucas Cleveland can deliver on his promises – in fact I voted for him. Honestly though – I won’t ever get over how he treated a low wage worker at McDonalds and the fact that he, the Mayor, called out a local business regarding an unsubstantiated allegation. As Maya Angelou once said, “When someone shows you who they are, believe them”.

Oh oh, another one hits the press. Maybe McMayor Lucas wasn’t quite the wholesome family man he purported himself to be. Seems he had a McTinder account right up until election time.
https://todaysnorthumberland.ca/2022/11/16/editorial-starting-with-a-clean-slate-for-the-next-four-years-with-cobourg-council/

Tinder! Wow!. Talk about a complete 180 from the last Mayor

Take note of the quote:
“I’m not looking for pen pals, let’s meet, grab some eats and go for an adventure.”

Cobourg are you ready for some adventure?

I get the feeling the Mayor will be swiping right, while the the Citizens wishes he swipes left or not swipe at all

A Tinder mayor in a feel good town ….what could go wrong???😎

Oh c’mon, it’s not that old yet. This stuff coming out is like a Rob Ford Mini-Me in the making.

Why does it matter at this point, we elected and have a new mayor?
I am so disappointed with Mr Pete Fisher for releasing this info.What is his reasoning for digging into the mayor’s past, did he get a “tip” from a disgruntled voter?

There was a lot of information out there before he was elected. Including Lucas deleting comments he didn’t like and blocking people. I tried to get the truth out of him on one incident and felt he just talked in circles. Not the kind of person I want for the mayor of cobourg.
.

Mix it up, are you just as disappointed with with Mark Zuckerberg and Facebook for carrying this information?

Mr Fisher knew exactly what he was doing by reporting this news. He was snickering on the radio before the inauguration Tuesday evening regarding “swearing in” and other double meaning remarks. Let’s just get on with town business and wish them all well.

If you feel that this is not issue for you then great -keep supporting Mayor Cleveland.
But allow those that dont agree with you to be heard and their opinions considered.
The final decision comes in 4 yrs time at the ballot box should he choose re-election

Guess what folks? This revelation, reported by our stealth investigative reporter, was out there on social media BEFORE the election.

I don’t have a Facebook account and many, many more don’t either. If you pretend to be something you are not it is appropriate for voters to know if you are running for such a position. However I shall also say I was not impressed with the credentials Mr. Cleveland presented prior to voting even without this information.

Wonder if there is anything else we don’t know about our new mayor??

We shall see what we shall see Pete. In selecting I look for experience and knowledge of the job they are about to assume if selected. In this case there were only two candidates. Mr. Cleveland is an unknown with declared lack of knowledge in the area he hoped to be elected to stating he thought the staff will take the time to train him in what he doesn’t know. Hopefully it will not a disaster for the sake of Cobourg in the choice of the majority of the voters who partook. What has come out broadly since has not been a positive indicator.

I attended the new council inauguration as I wanted to hear the new mayor’s speech. I hope the highlights listed above are adhered to. I admire and respect all who sit on council and I hope that progress is made on key issues in Cobourg in an economically responsible manner. This is the second time this week I’ve had to sing God Save the King and I must admit I trip over the words.

Wonder if Ms. Seguin was in attendance.
Just curious.

Suzanne, can you confirm?

Did you Say an Oath to — King Charles ??
The fellow that just asked to Have Princess Ann and his younger Brother sub in for him .

No big deal. The Regency act has been in place since 1937 and “subs” have been used by every Monarch since.
https://www.royal.uk/counsellors-state
By law, Counsellors of State include the Sovereign’s spouse and the next four people in the line of succession who are over the age of 21.

So? We have a deputy PM. So why shouldn’t the Monarchy have appointed people standing in? He can not be everywhere.

There is only one Santa, but his emulating minions stand in for him everywhere for weeks at a time. These minions encourage parents to fink on their kids to ascertain whether they are list-worthy.

“Fink”? I feel that word is a little too harsh. As a parent, I like to think of this as more
as holding them accountable for their actions.

Something that society does as they get older and no longer under their parents oversight.

So think of it as a parent contributing an honest upright person who will be a contributor to society and not a taker.

Pete…..I cannot forget what my parents once said to me and that is ‘if you cannot say something good about someone, then don’t say anything at all’

…or, as Alice Roosevelt Longworth liked to say: “If you cannot say something good about someone, come and sit with me”.

I was told the saying was this
“If you cannot say something good about a person
than come sit beside me ” 😁
Just notice , Jim already posted this 😉

“holding them accountable for their actions.“

That is what Santa does when he decides whether they are listworthy or not.

The parents inform Santa of their kid’s actions. Parents are witnesses, informers, finks. Santa then holds the kids accountable.

Fink is street-speak, whereas ‘holding them accountable” is prosaic, politically polluted, aka bland gland debris. It is nicespeak, which is the new newspeak, which is nospeak at all.