Compared to previous years, this year’s Cobourg Day at Monday’s Council meeting was a major upgrade.  The reason was that this year is the 150th anniversary of Canada so the emphasis is on history.  The usual things were done – a performance by the Town Crier, an invocation by the Chaplain (totally non-religious this year) and the appointment of a student as Mayor for the day.  But in addition, all Councillors and senior staff dressed for the occasion in typical 1867 costumes and re-enacted what might have been a Council meeting 150 years ago.  To avoid disrupting the usual Council meeting, the re-enactment started at 6:00 pm although it was recorded as a prequel to the usual Council meeting (see it on You-Tube if you want – link below).

Before the re-enactment started, there was a party atmosphere and that continued for the whole “show”.  It was started with Town Crier Mandy Robinson doing her thing; then the chaplain – Andrew Truter – gave what he called an invocation.  It catered to those of all religions or none – well done!  Ted Amsden entertained with “Florid Prose and Questionable Poetry” (his words – he was in good form) and the next hour Council re-created the drama that might have happened in 1867 when the Cobourg to Marmora Railway was being re-financed – mostly by private individuals.  Robert Franklin gave a speech that James Cockburn might have given and George Parker played Mr. Dumble.  Someone mentioned that some cows had been killed and derailed a train and subsequently the farmer showed up and started a shouting match lamenting his poor compensation so “Constable” Kai Liu had to escort him out – trying hard not to smile too much.

Other items of business were raised including the construction of a Battalion Drill Shed for accommodation of Her Majesty’s troops.  “Isn’t it better to have them right here than wait for them to come from Kingston?  You never know when they might be needed” said the Mayor.  Council also declared the start of a public holiday on July 1st – they might even be still celebrating in 150 years!  There was concern that fireworks might start a fire but the Fire Department – resplendent in their new uniforms for $700 – would be on standby. In a discussion about collecting unpaid taxes, the Police were asked to do the job.  But Constable Liu objected that tax collectors should be hired for that job. When it was suggested that Police might be motivated so that their salaries were paid – Constable Liu declared: “The Police will collect the taxes!”

As business was conducted, Mayor for the Day Gabriella Tarrington played the part of a page and carried paper from Councillors to the Clerk who was busy with his quill.

In all a great event with lots of history and lots of humour.  Below are some photos showing some of the event. 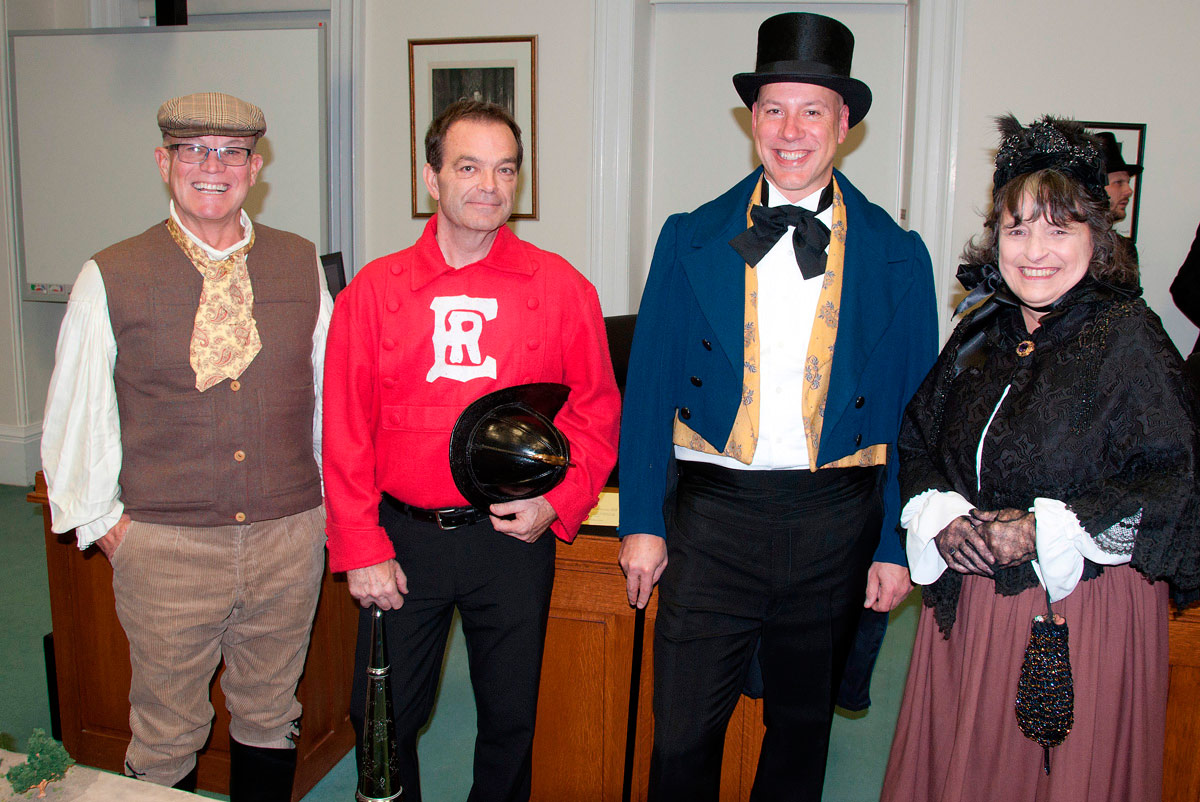 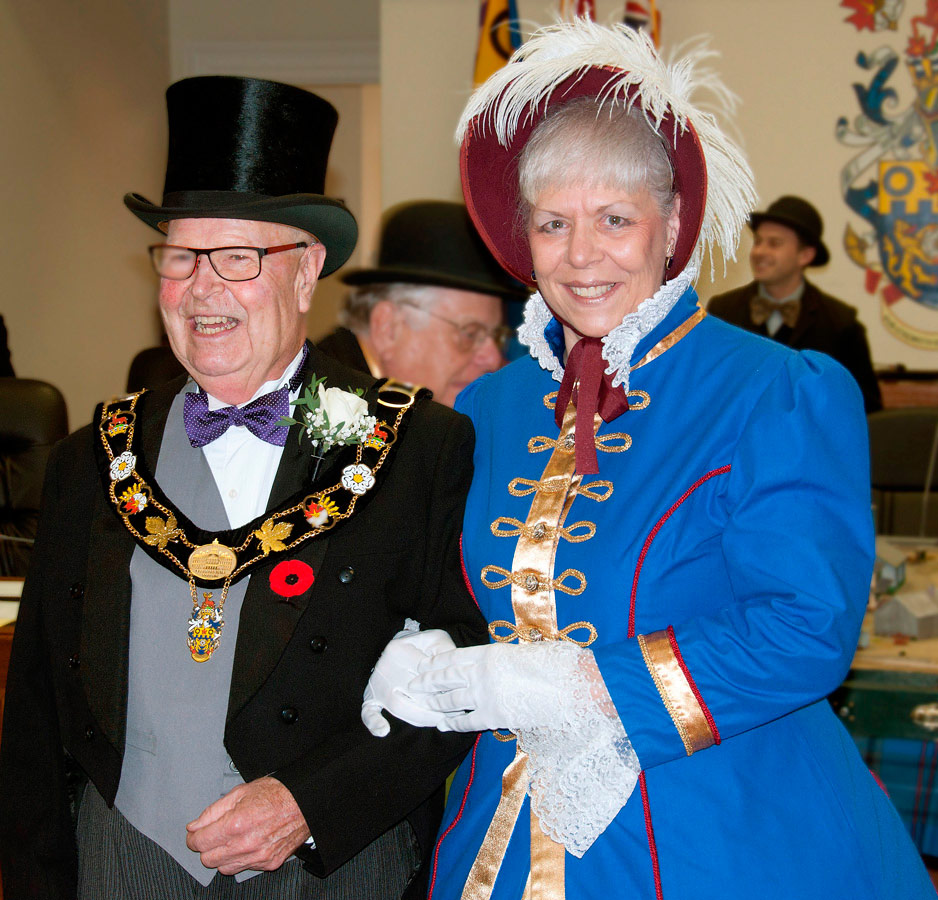 Group shot - all the Players. 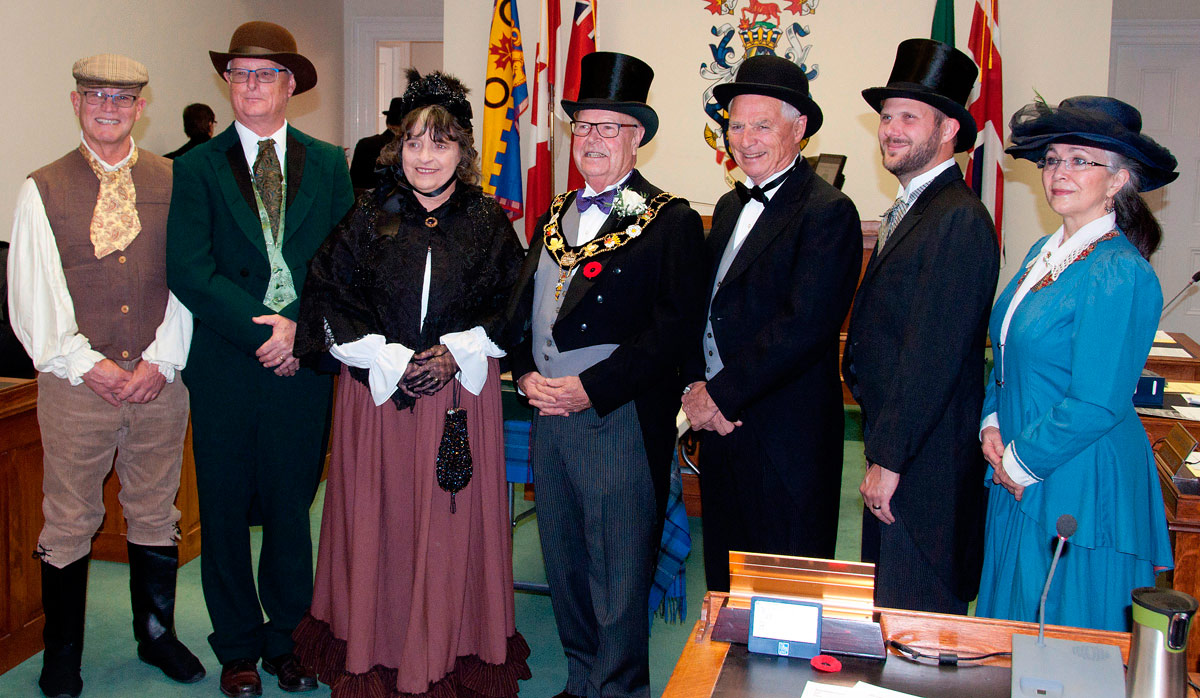 Councillors dressed for the show 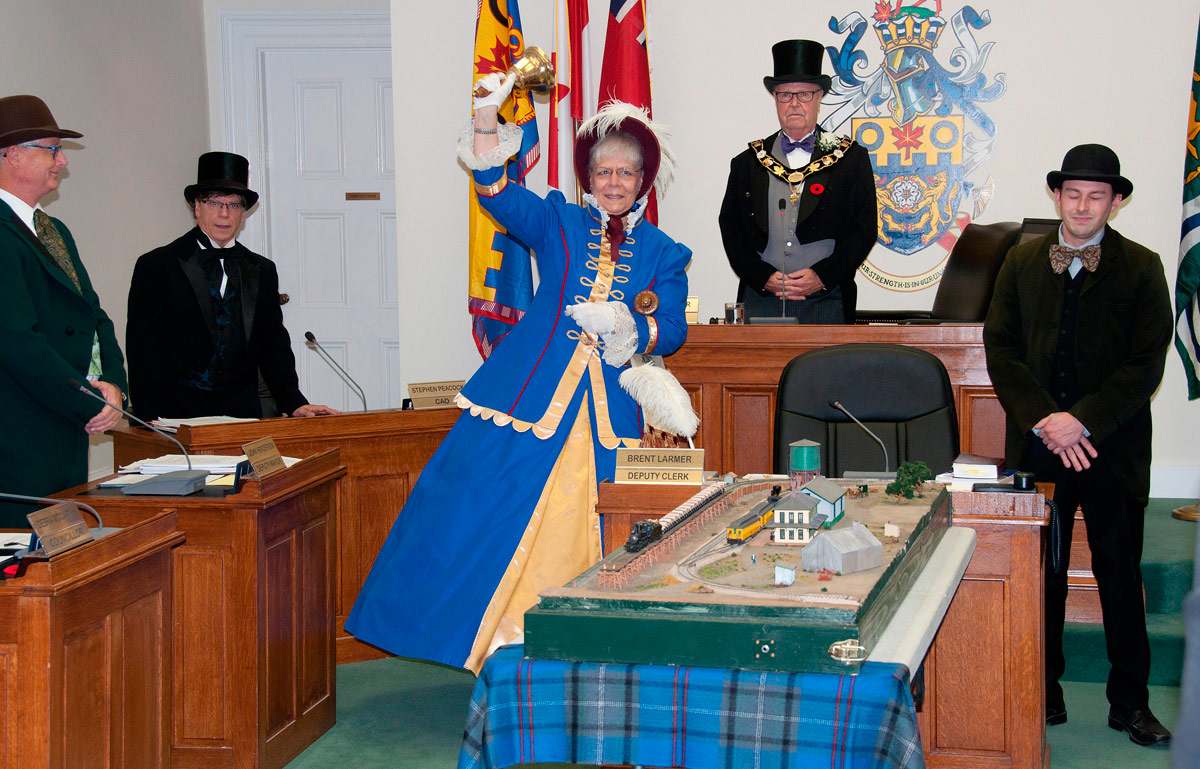 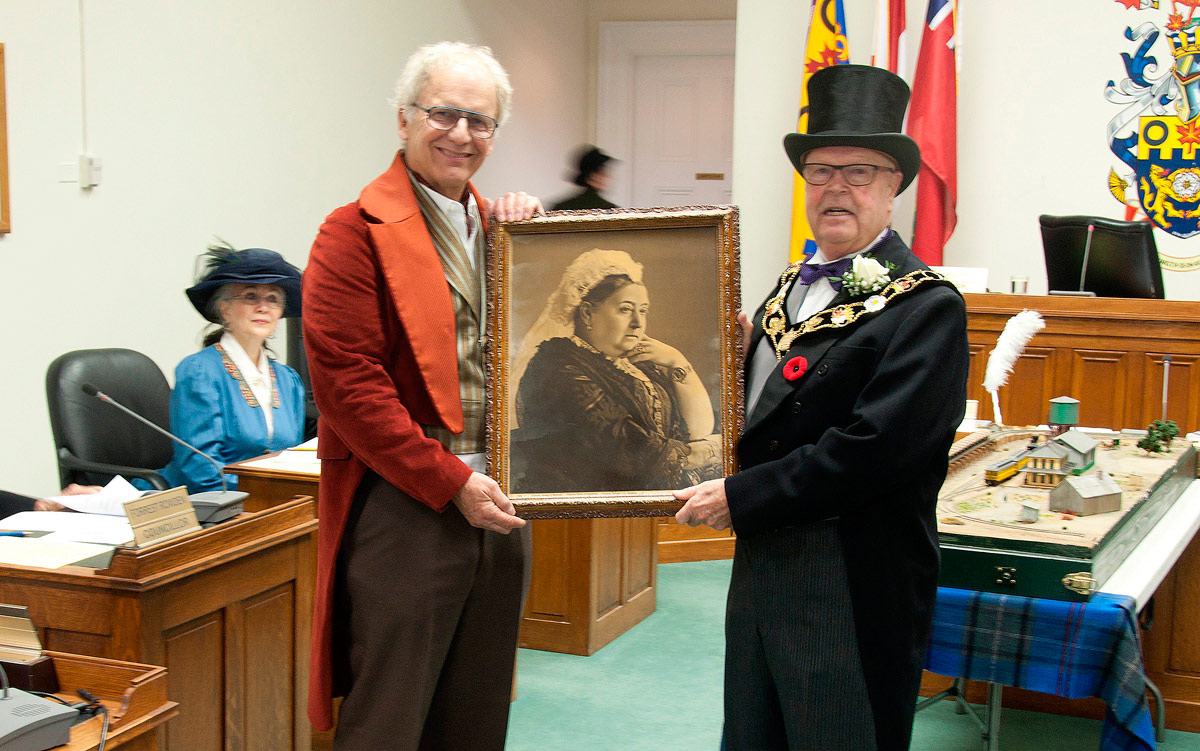 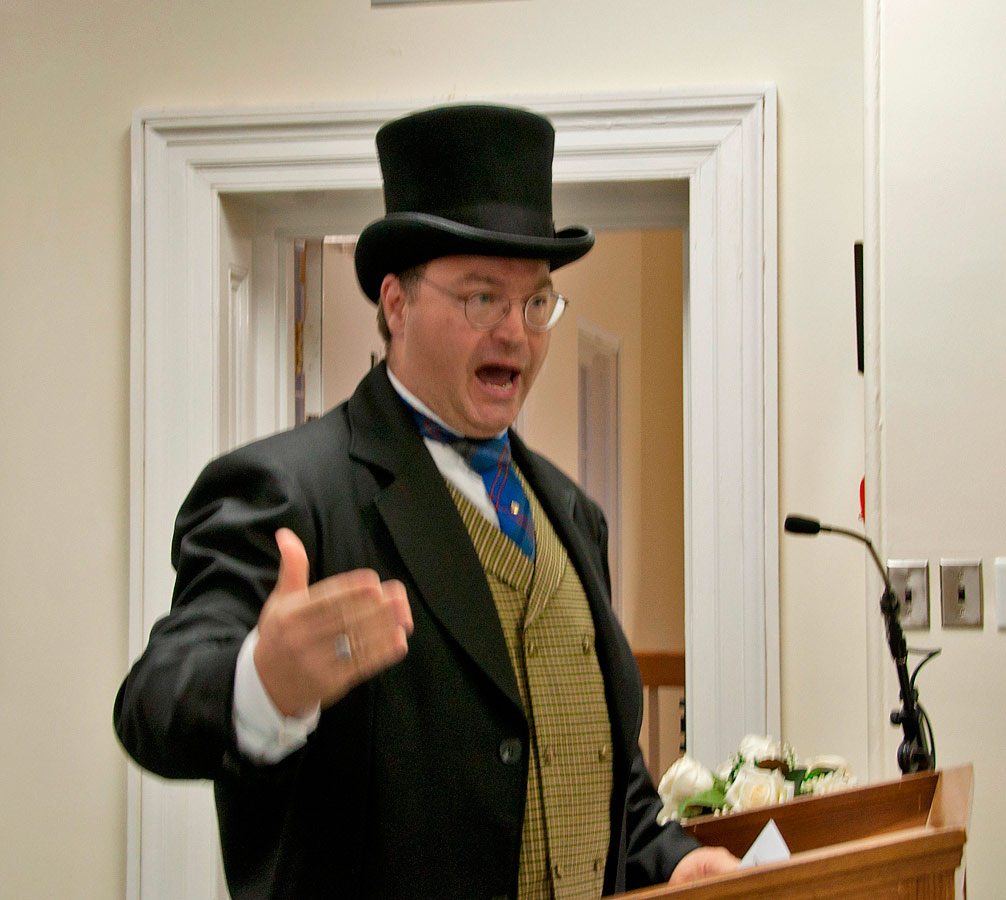 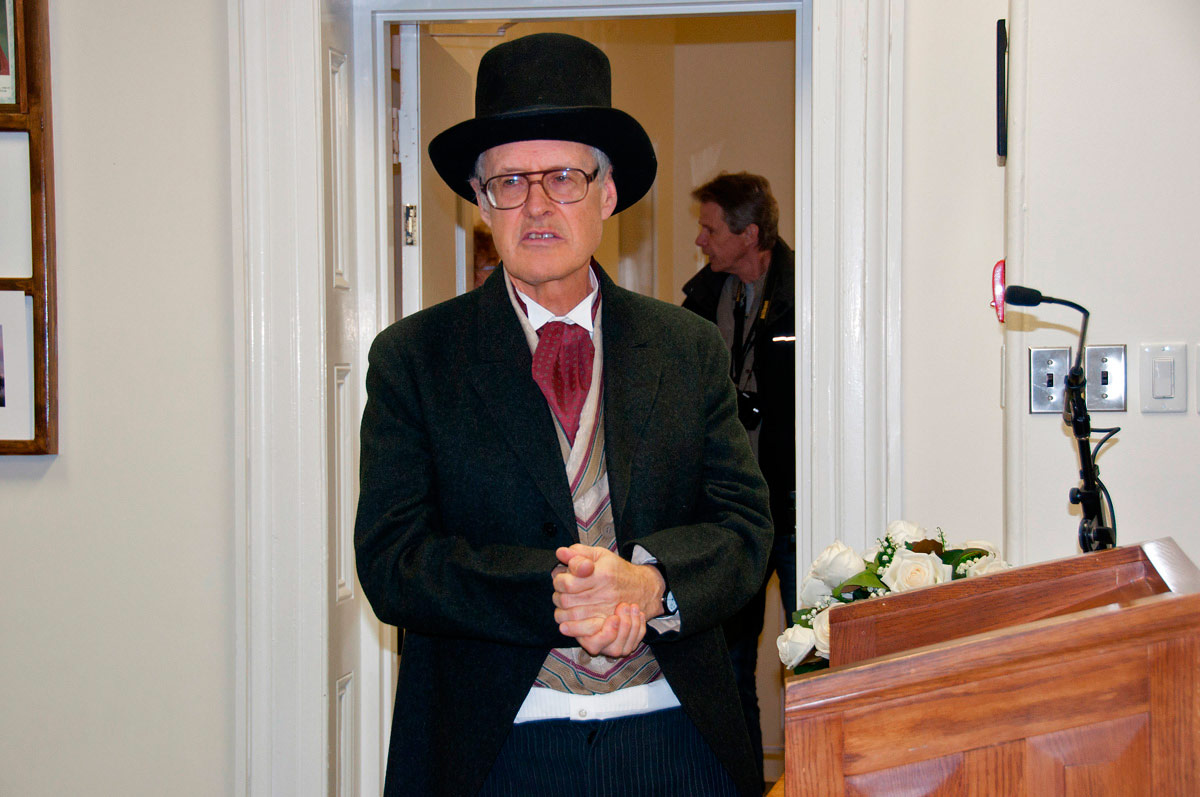 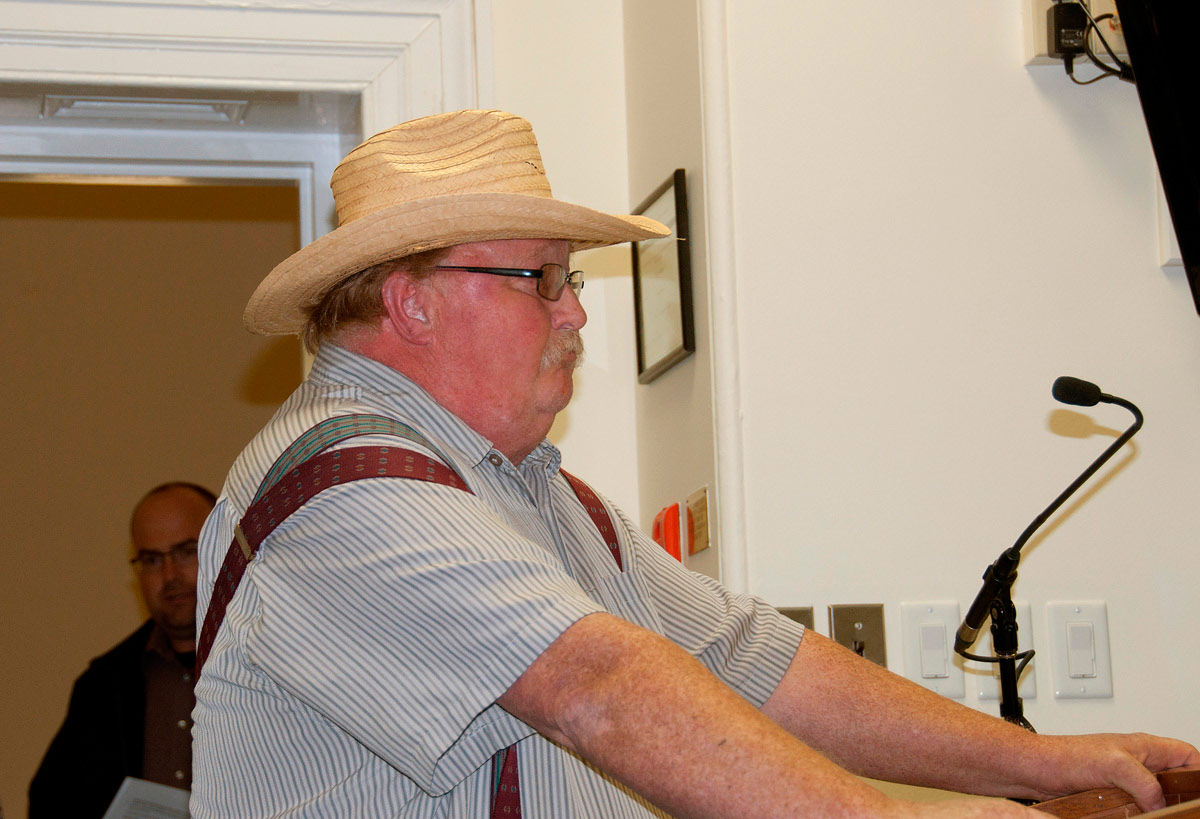 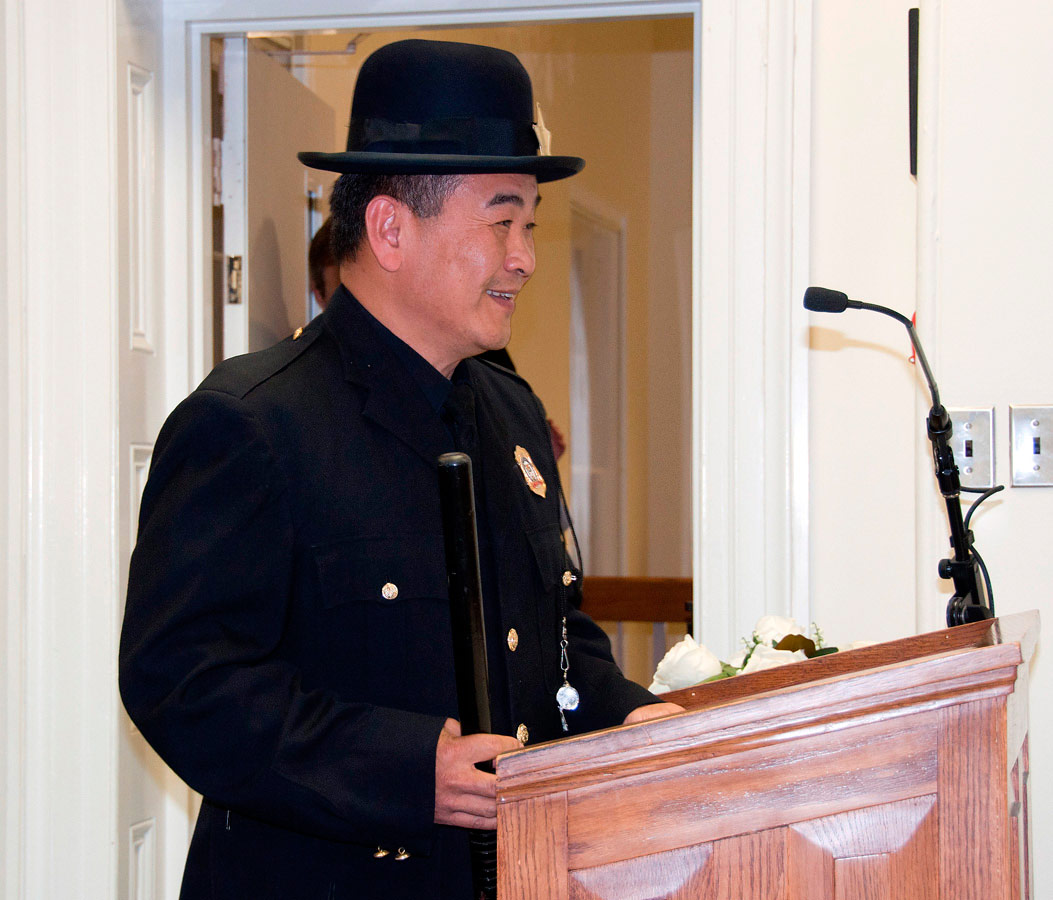 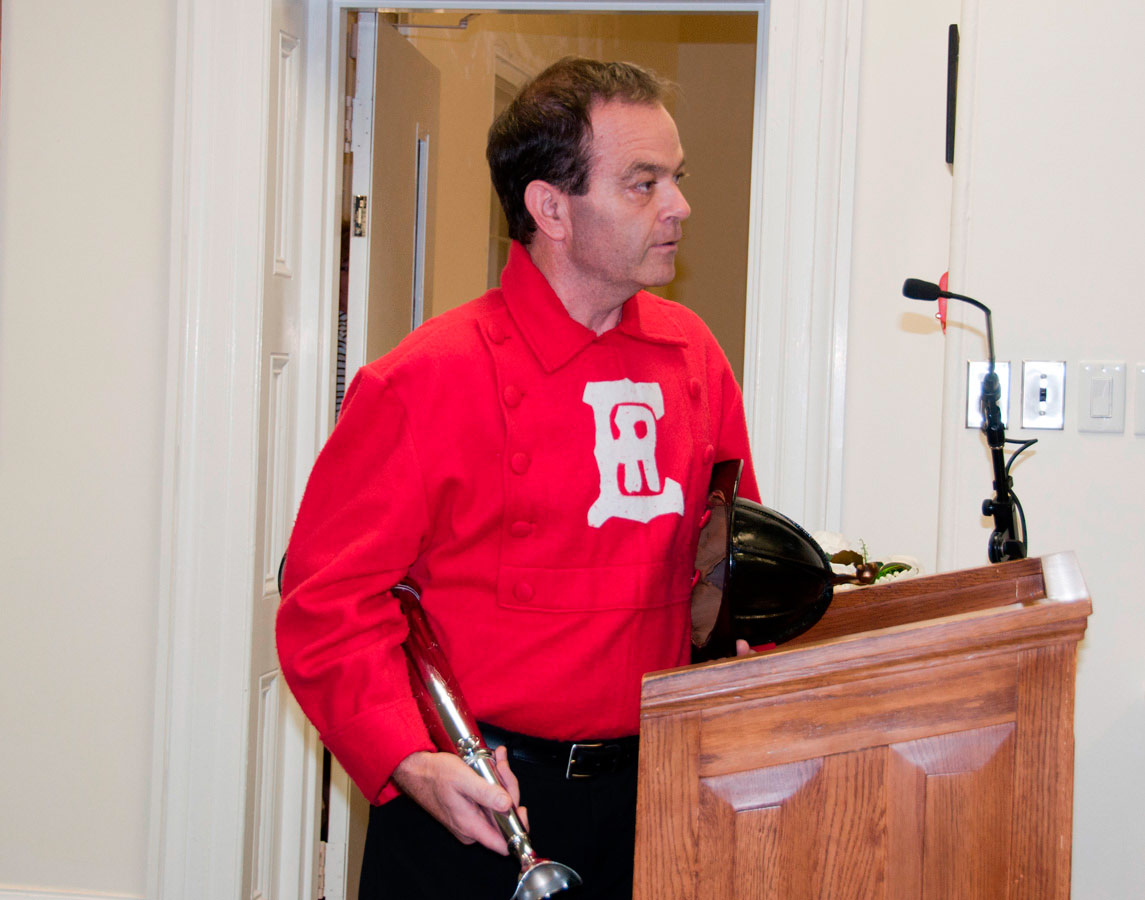 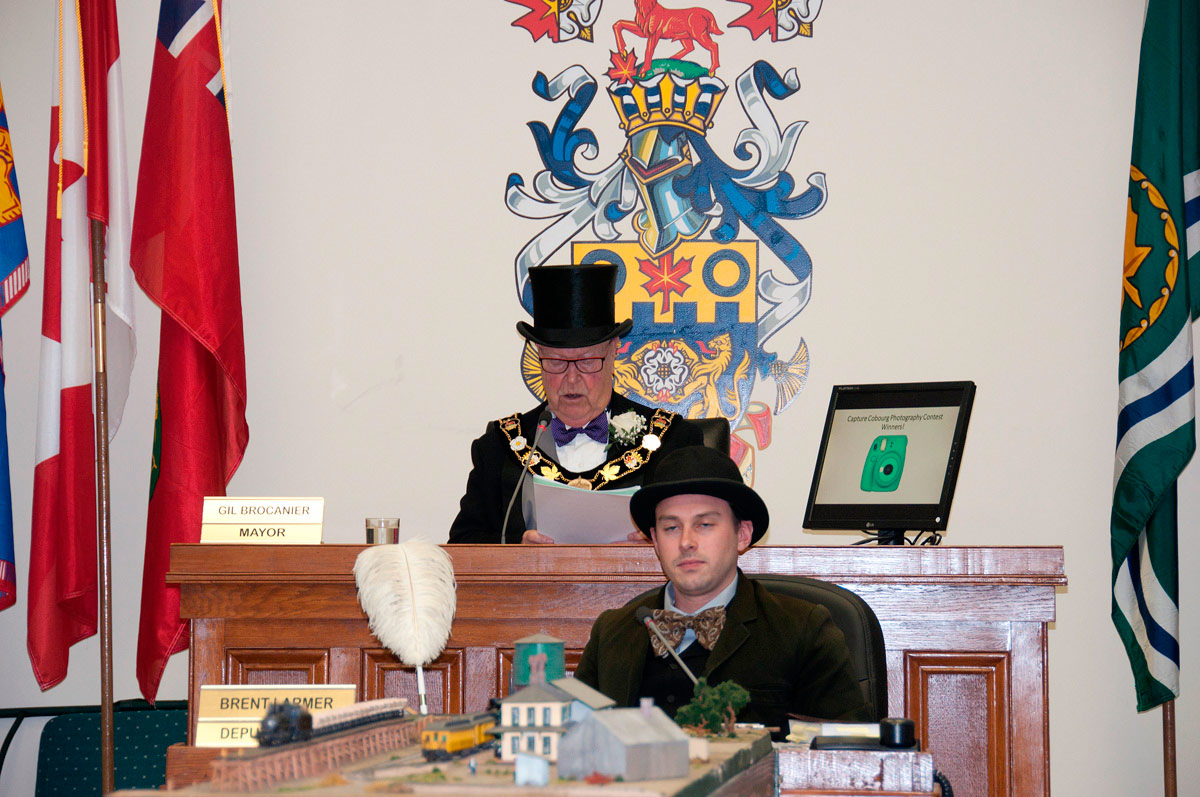 Let’s also give credit to the Costume House of Northumberland Players for providing the authentic costumes for so many of the participants in the re-enactment. It’s all in a day’s work for the volunteers over on Campbell Street.

A very entertaining hour. Well done to all who took part. George Parker, Constable Kai Liu and the Farmer should audition for Murdoch Mysteries.