According to Real Estate statistics, sales activity and prices in both Toronto and West Northumberland (primarily Cobourg and Port Hope) have dropped from the bubble in April and are possibly at a bottom. Optimistic Real Estate Board reports suggest that sales activity at least “may be carving out a bottom” and we know that reduced activity depresses prices. However, prices in August in both Cobourg and Toronto were still up from August 2016 – 10.4% in Cobourg and 3% in Toronto. Note that the Toronto Real Estate Board (TREB) blames most of the drop on fewer high end detached sales – Condo and Apartments are still selling well.

The average selling price for all home types combined was $732,292 – up by three per cent compared to August 2016. This growth was driven by the semi-detached, townhouse and condominium apartment market segments that continued to experience high single-digit or double digit year-over-year average price increases.

Here’s a comparison of Toronto prices: 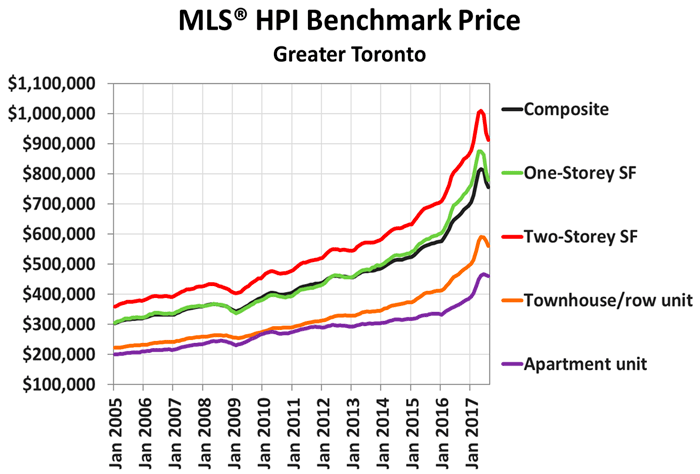 In Northumberland Hills, only 77 units were sold in August 2017 compared to 101 in August 2016. Currently only about 260 properties are on the market compared to a more normal 500 or 600 listings at this time of the year.

According to Realtors, average prices are as shown:

See also the graph below 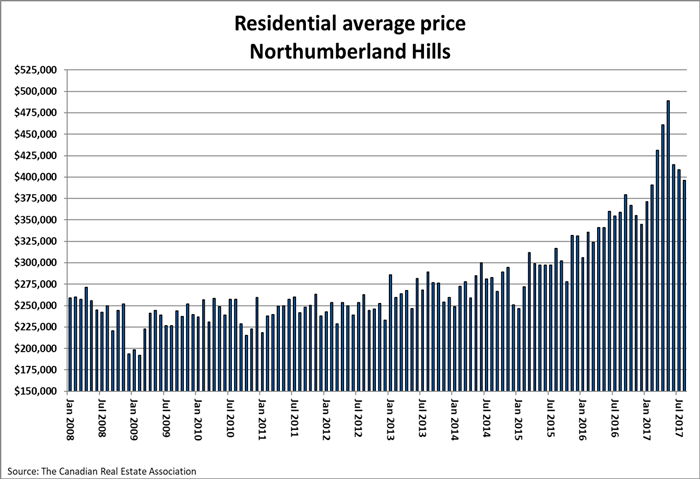 But Real Estate prices across Canada are far from uniform – look at this graphic. 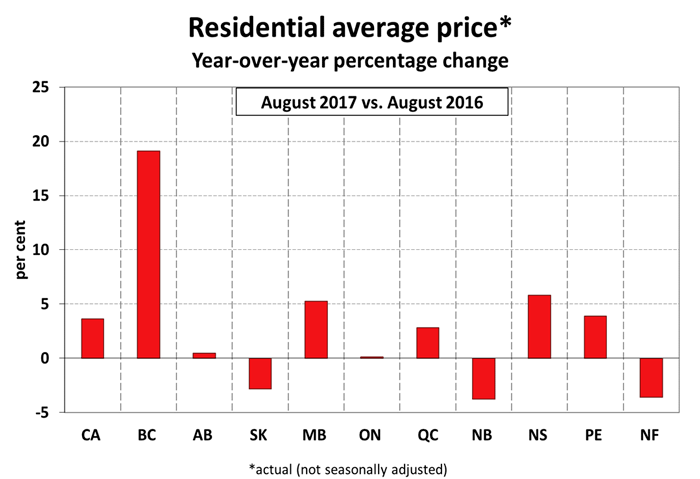 Some of the price drop can be blamed on an increase in interest rates by the Central Bank – economists are predicting the bank will increase it some more before the end of the year. With free trade under threat, who knows what will happen in the next 12 months.

No doubt the price will continue to drop. Houses are still over-valued and interest rates are rising. The only thing that could sustain prices is if people in the GTA continue to look for good value in a trade off for longer commutes. Prices are dropping in the GTA also but no where near as cheap as Northumberland.