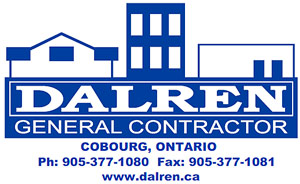 But the lowest cost tender from Dalren Ltd. was $1,520,000 for both part 1 and part 2 – this tender was “found to be complete and the contractor is known to the Town as a contractor that carries out good work.”  There were five bids with the highest bid at $330K more.  The work will be to renovate both the first and second floors of building 13 in Northam Industrial Park.

So now the project will proceed for both parts and Council will be asked at the Committee of the Whole Meeting on December 4 to not only approve award of the Contract to Dalren but also to allocate additional costs to the project:

This brings the total project cost to $2,139,500 which is less than the original full estimate of $2,346,169.  The following table compares the original estimate with the current estimate.

The work is expected to be done per the schedule previously announced – that is, most work completed by March 2018 with building occupancy to start then and a grand opening on 17 May 2018.

At the Committee of the Whole meeting followed by a special regular Council meeting on December 4, Council approved awarding the contract for both part/phase 1 and 2 to Delren Ltd..  Wendy Curtis confirmed that the target occupancy date would be April 1, 2018.

The project is off to a good start…congrats!

Information for the upcoming Provincial Election is provided here.  Included are names and affiliation of the six Candidates with their contact info, results of previous elections, info on 3 All-Candidates’ meetings and location of advanced polling.

Three surveys are about Stormwater Management (Closes May 26), Town land for Affordable Housing (closes May 19) and Phase 2 of Public Engagement on the ICSP (closes June 1).