A year ago, it was announced that a 6 Bed “in-patient” Hospice would be built in Cobourg.  Since then land has been procured on Ontario Street (just south of the Alliance Church) and a fundraising campaign has started (see Links below).  The Fundraising joint Chairs are Patti and Gord Ley and they were joined by Lynda Kay as Campaign Director.  They will be officially launching the campaign on June 5 but today, they announced a $1,000,000 leadership gift by the Read Elliott Family Foundation which was established by Kym and Brian Read.  In recognition of this substantial gift, the Hospice Care wing will be named the Read Elliott Family Foundation Hospice Care Wing. Kym and Brian are residents of Cobourg and former owners of Horizon Plastics.

The original fundraising goal was $7M for a single story structure with 6 beds planned.  The Province has committed funding sufficient to operate 6 beds but it is felt that it will not be long before 10 beds are needed so it’s better to have the building provide for that – and that is what is now planned.  There is no word on a revised fundraising goal nor on progress to date.   More details on “campaign achievements to date, updated building design and building timelines” are promised at the June 6 Campaign launch (see links below for details of original plans).

Brian and Kym believe in giving back to their community and are generous supporters of the Northumberland Hills Hospital Foundation, the Cobourg Community Centre and also leaders in supporting local youth with scholarships to aid with post secondary education through “Attitudes for Education“, The Clay Elliott Scholarship Foundation.

Kym and Brian were not at the announcement today but Kym was quoted as saying:

“Brian and I are very happy to be making this donation to the new Northumberland Hospice Care Centre. With its innovative design and the integration of professional services this Centre will bring comfort and dignity to the sick and dying. It will also be a wonderful facility for families to be together, in a supportive environment, during such challenging times. We would like to thank Community Care Northumberland for bringing this Centre to Northumberland.”

Since 2010, Community Care Northumberland (CCN) has provided a visiting hospice program and they will be responsible for managing the new hospice. Trish Baird, Executive Director of Community Care said: “Our organization is very appreciative of Kym and Brian’s involvement in our Hospice Care Centre and this commitment brings us one step closer to our building becoming a reality.”  Sherry Gibson is the Project Lead for CCN 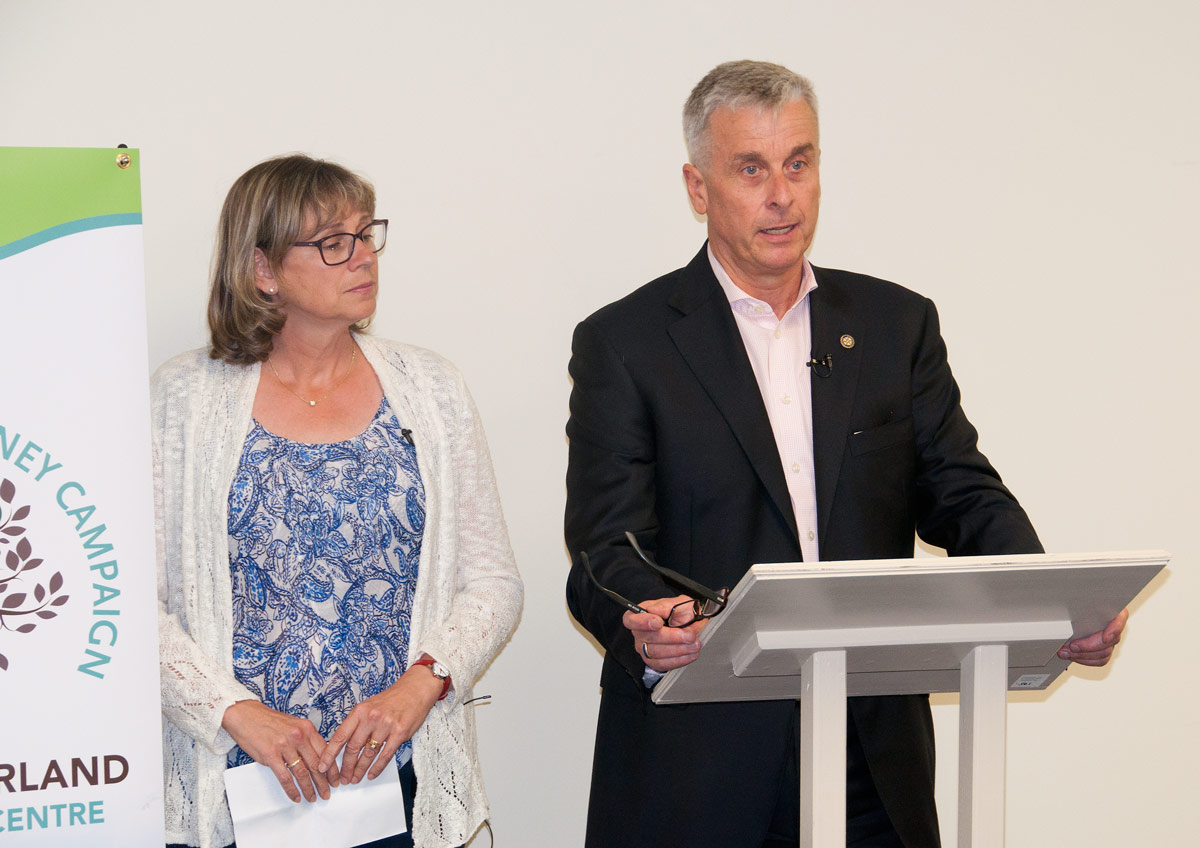 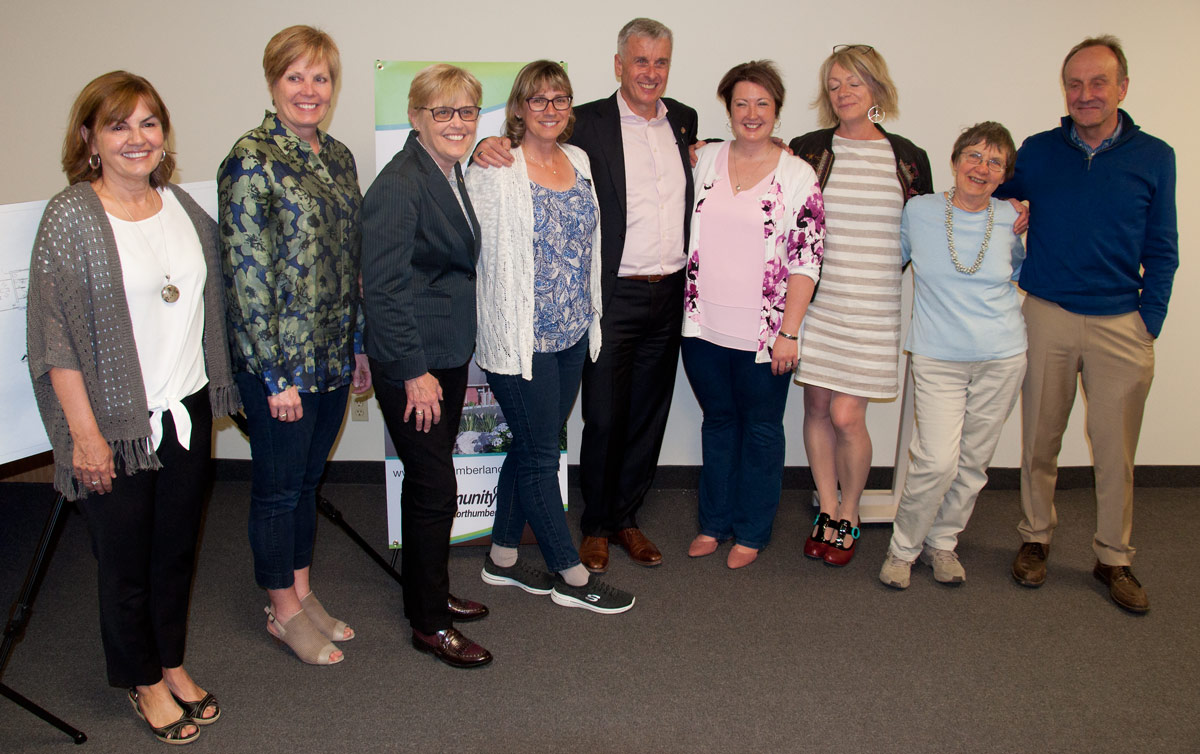 A very generous gift from wonderful people to a very good cause.

High five to the Reads