The last event in the series celebrating the 150th birthday of Marie Dressler was held on her actual birthday, last Friday November 9.  The venue was the Art Gallery of Northumberland and as well as the requisite speeches, it featured the La Jeunesse choir singing for the approx. 73 who came to the party. They performed “Singing in the Rain” in honour of Marie who sang this song in the 1929 Hollywood Revue as well as the requisite “Happy Birthday” and another song. Actress Carlotta Rutledge portrayed Marie and when the kids made birthday cards for Marie she presented them with presents. In attendance were MPP David Piccini, Mayor Gil Brocanier and several Councillors. The party was kicked off by the Town crier Mandy Robinson.

The photo at right shows the kids colouring birthday cards which earned them a gift.

It was also the last day of an exhibition that explored the Cobourg community’s relationship with Marie Dressler over the past 90 years. Part of the celebration of Marie’s 150th birthday, it was produced by the Marie Dressler Foundation and curated by Kristina Karakolis. Featuring historical images and documents, it tells the story of Marie with emphasis on her connection to Cobourg. Because of Marie’s film connection, two exhibits use TV monitors to show a video and trailers.

As well as the birthday party and the exhibition, there were other events. On September 14, two speakers, Matthew Kennedy and Cari Beauchamp talked about: “Women in Hollywood” and on September 29th there was a high society gala: “Dinner at Eight”. And of course on October 12, 13 & 14 the Vintage Film Festival featured three Dressler movies instead of the more usual one. 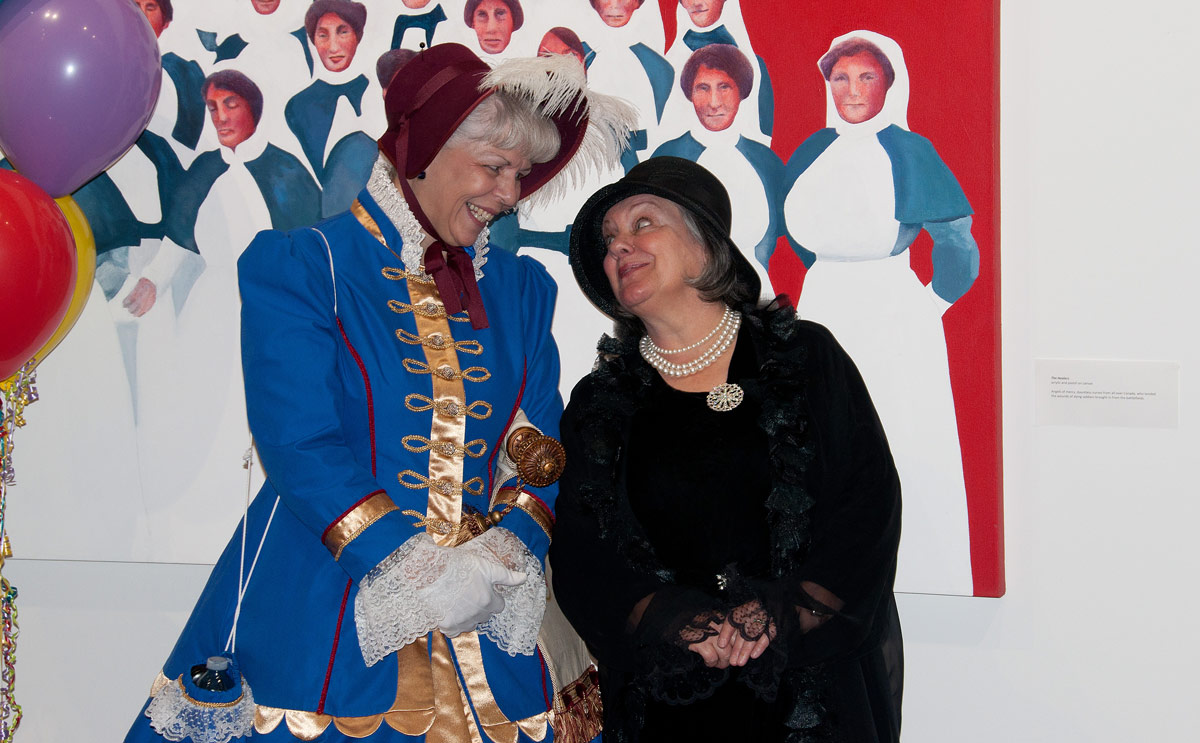 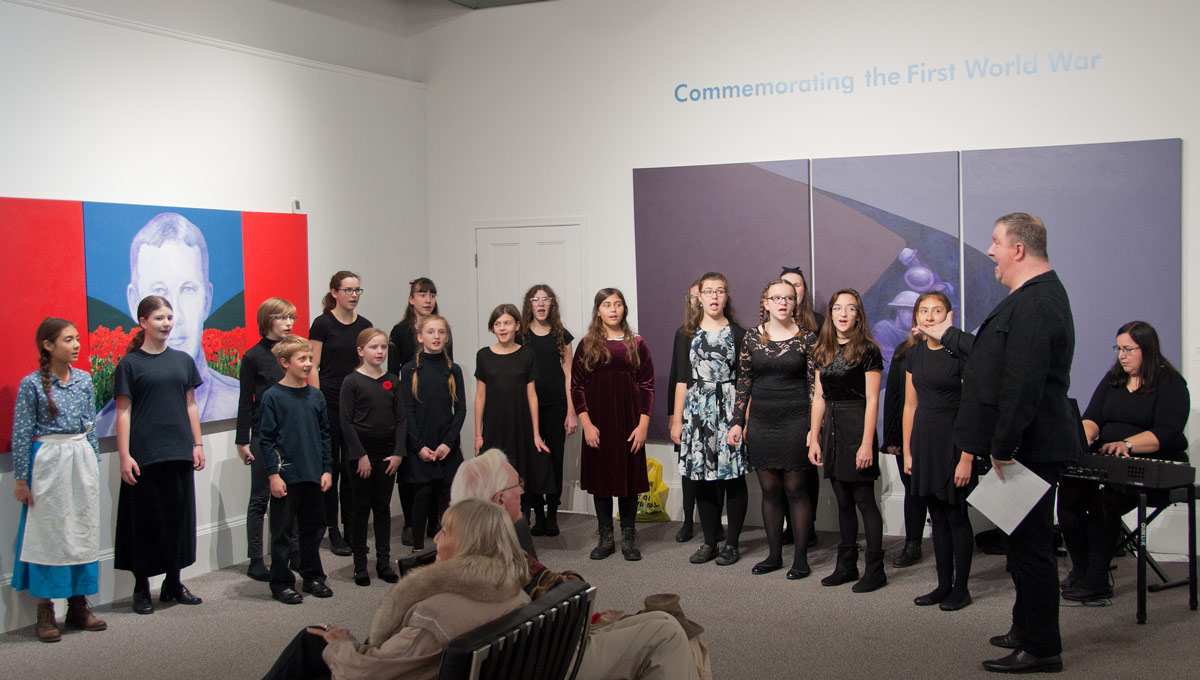 Next year a 151st birthday does not seem to be a special occasion although we should see what happens with Marie Dressler House. This Heritage building no longer houses the Tourism information centre but does now house a re-invented 21st century Museum.