The Hon. Daiene Vernile, Minister of Tourism, Culture & Sport came to Cobourg this morning and visited the Marie Dressler Museum.  The occasion was the announcement of a program of events in 2018 celebrating Marie Dressler’s 150th birthday. Daiene was suitably impressed with the Museum and with the efforts made by Cobourg to preserve our Heritage and provide things for tourists and residents to do.  Also at the event were MPP Lou Rinaldi, Director Dean Hustwick and the County’s Tourist manager Eileen Lum. Marie Dressler Foundation Chair, Rick Miller, showed the Minister the features of the Museum and finished with a video about how it came to be plus an announcement of upcoming events. Daiene remarked that we need to make our treasures work and Lou commented that it’s good to preserve our history.

Dean Hustwick, Director of Tourism and Culture added that there are many amazing stories in Cobourg.  Last year Cobourg had many events because of the 150th Anniversary of the founding of Canada but in 2018, Cobourg will celebrate the 150th birthday of Marie Dressler.  The Marie Dressler Foundation was originally formed to restore Dressler House after it burned down in 1989 (more details here) and for many years was simply the sponsor of the Vintage Film Festival and provided scholarships to students in the arts.  But in the last two years, the Foundation has made major Renovations to the Museum, has created the annual RearView DocFest in April and this year is staging additional events while continuing with the Annual Vintage Film Festival and student bursaries.

In addition to the above, Marie Dressler banners will be placed on King Street in the months leading up to the Vintage Film Festival. 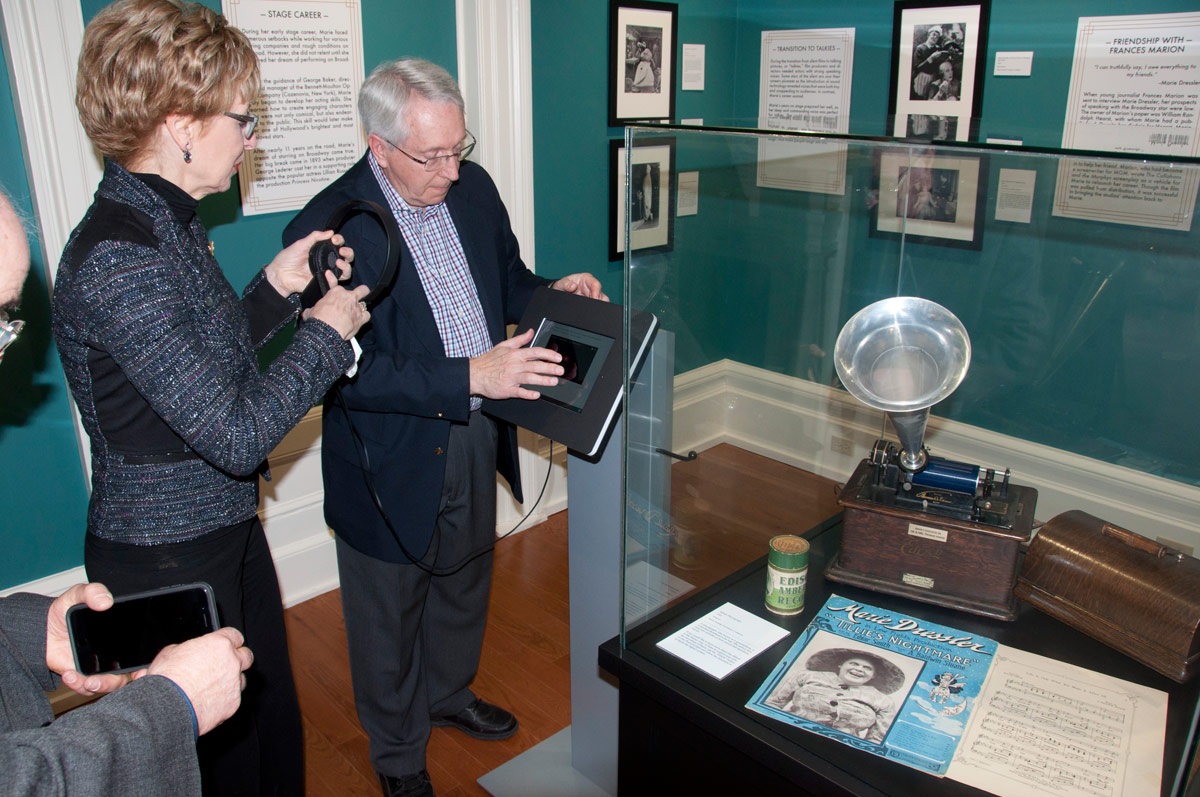 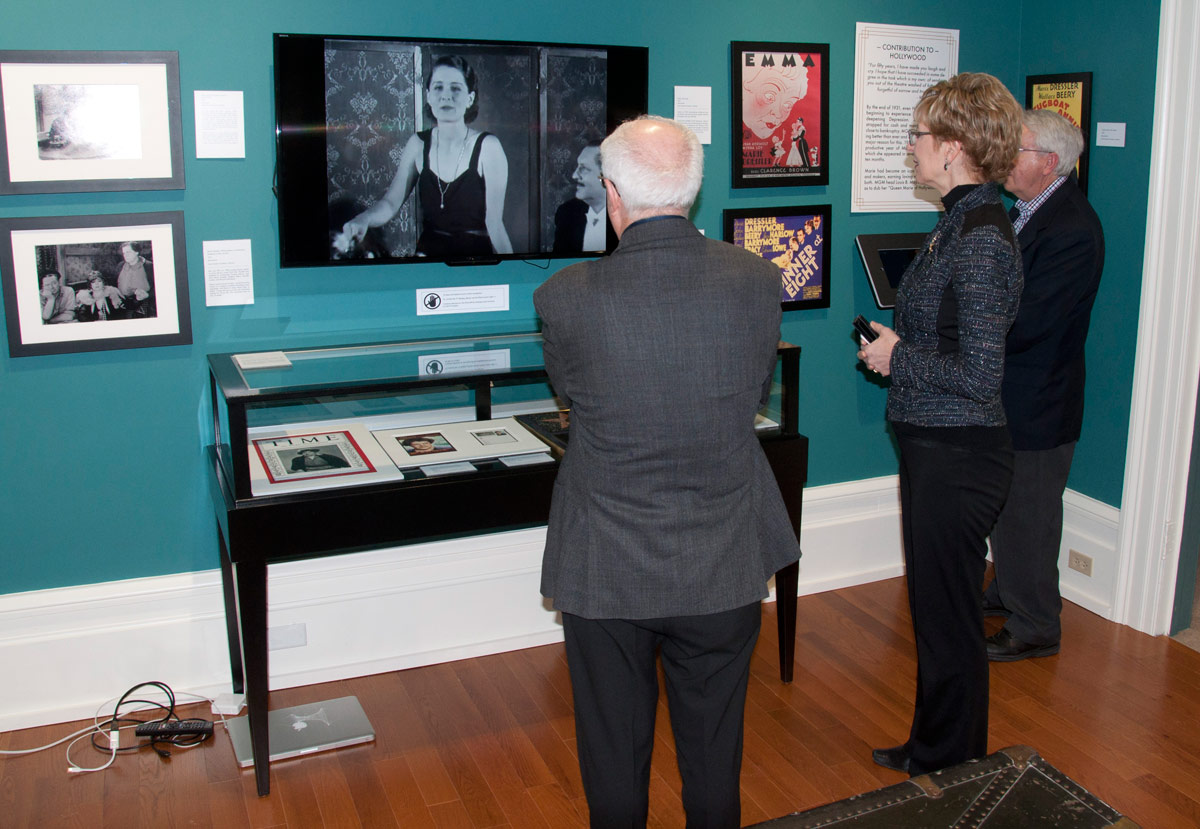 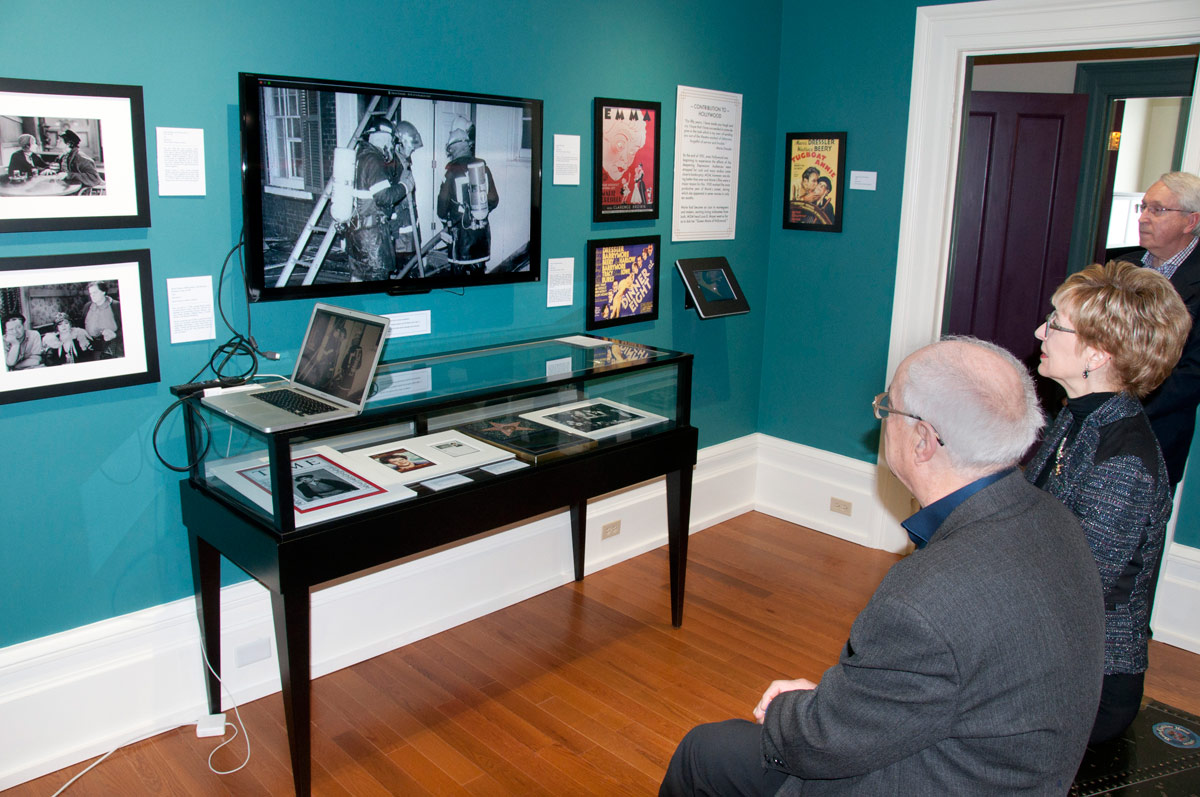 Lou Rinaldi and Minister Daiene Vernile watching Video on how the House was restored and Museum was established. 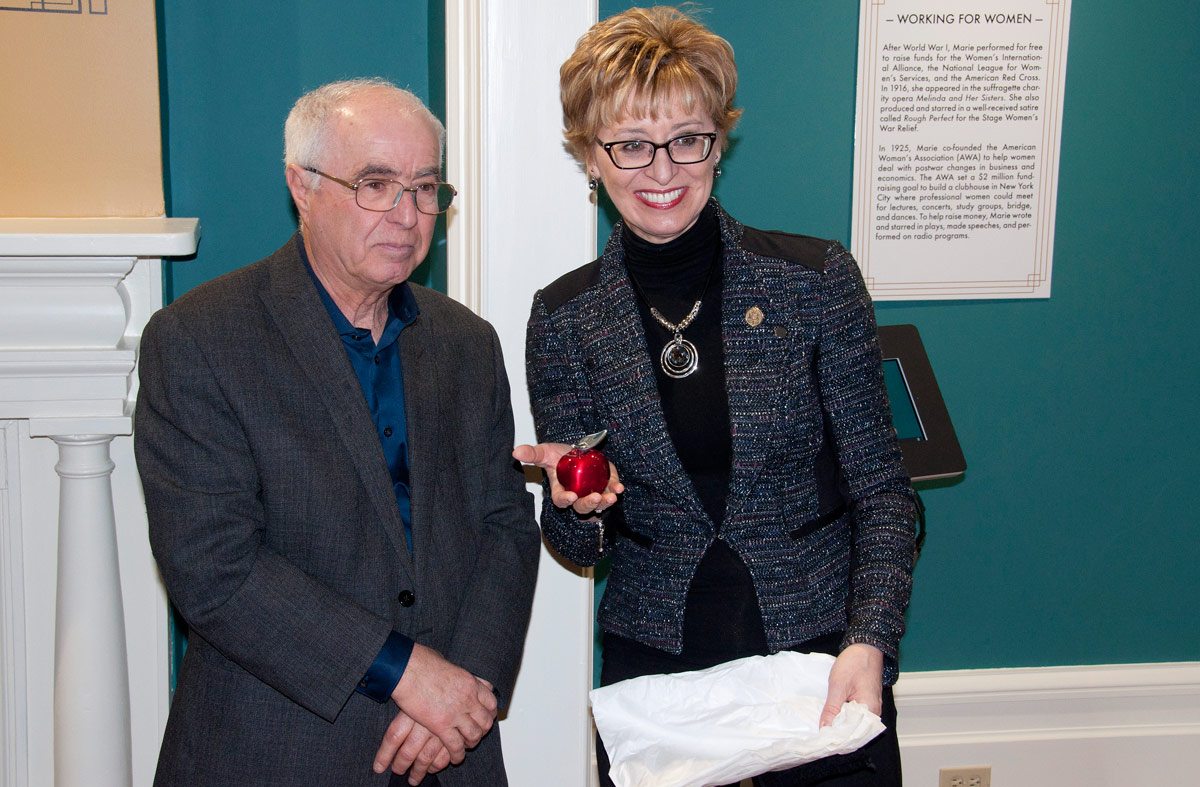 MPP Lou Rinaldi and Minister. She is showing Hoselton Apple presented to her by Eileen Lum from the County.

As more details of the events come available, they will be shown on the website: www.mariedressler.ca

How about High Tea at Marie Dressler House in the summer???

What kind of ‘high tea’ are you suggesting? The working class high tea or the hoyty toyty afternoon tea?

“So while Afternoon Tea was largely a social event for their upper class counterparts, high tea was a necessary meal in the eighteenth and nineteenth centuries. This traditional high tea still exists for some parts of the North and Scotland.”

“The addition of the word “high” to the phrase “high tea” is believed to differentiate between the afternoon tea that is traditionally served on low, comfortable, parlor chairs or relaxing in the garden and the worker’s after-work high tea that is served at the table and seated on high back dining chairs.”

Afternoon tea in the garden!!