In 2014, after “35 Terrific years in Toronto”, classical composer and artistic director Michael Pepa moved to Cobourg bringing his concerts with top performers with him.  Since then he has produced a number of concerts with some of Canada’s top violinists, cellists and pianists.  Initially planned to be in St Peter’s Church, the Concerts moved to the Loft when repairs were required for St Peter’s roof.  So far, one concert has been in Victoria Hall but the word is getting out and the Loft may not be big enough to stage future concerts so more may be coming to Victoria Hall.  The concerts are called Les AMIS concerts and their program plus more about them can be found on the Les AMIS web site (link below).

Michael Pepa started Les AMIS 60 years ago to help get new performers established and although he’s now on the third generation, some are still working with him 10 – 15 years later.  Over the years, Les AMIS has had over 30 tours in Europe and Japan – most recently promoting Canada 150 in three European cities. They still have concerts in Toronto but his musicians  have said they love it in Cobourg – especially performing in Victoria Hall with its great acoustics.

The Concert in Victoria Hall was one of two presented to celebrate Michael’s 80th birthday – it featured the Canadian Sinfonietta, conducted by Tak-Ng Lai with four soloists:  violinists Lynn Kuo and Joyce Lai, cellist Rachel Mercer and pianist Erika Crinó.  The first “birthday” concert was in Markham on January 12 and the concert in Cobourg was on January 13 with a big audience (photo below).  Michael has teamed up with Ross Pigeau and Ken Prue to market his events and Ross and Michael presented their case for a $6000 municipal grant at tonight’s Council meeting.  Their strategy is to grow the audience enough that it will end up moving to the Concert Hall at Victoria Hall to get more space.

But to do that, I would think they would need to keep prices down with grants – not only from the Town but also from sponsors, upper tier governments, Arts councils and the New Horizons Senior program.  Tickets are typically $25 – not bad for something you might otherwise have to go to Toronto for.  At the recent Concert in Victoria Hall, there were about 200 in the audience with about 40 from Toronto. 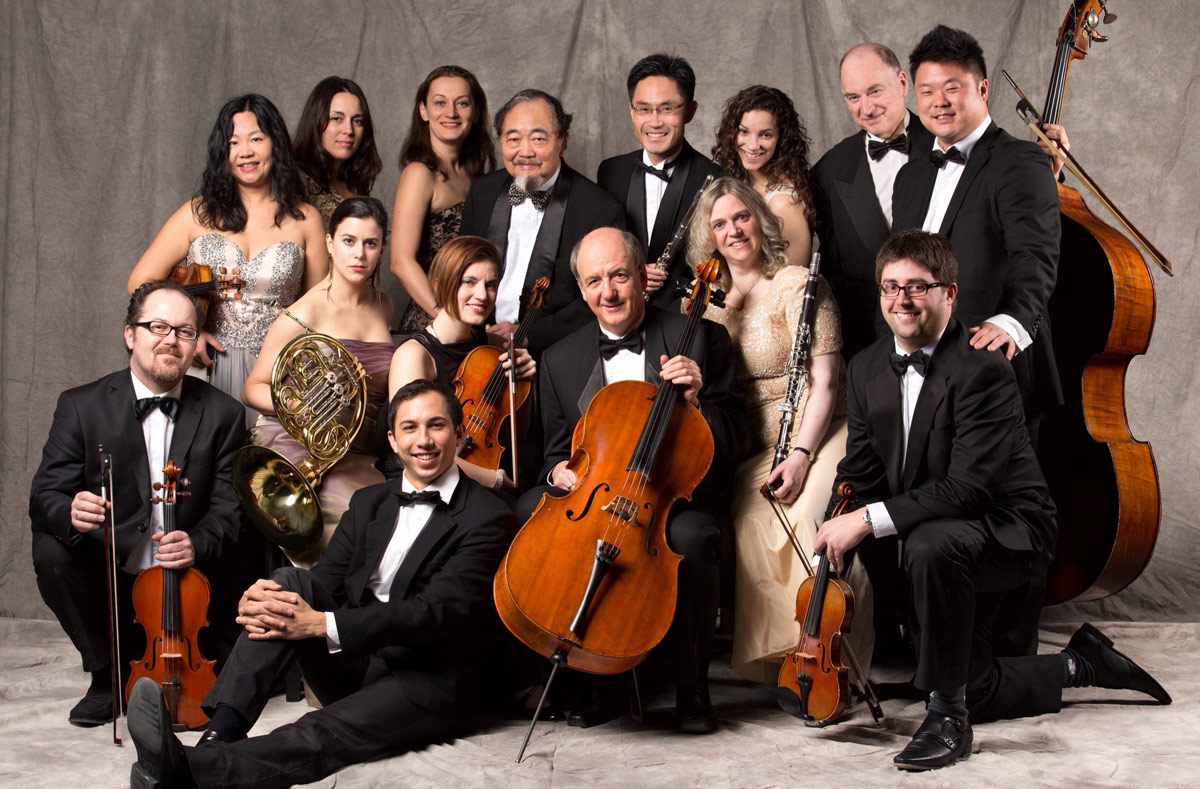 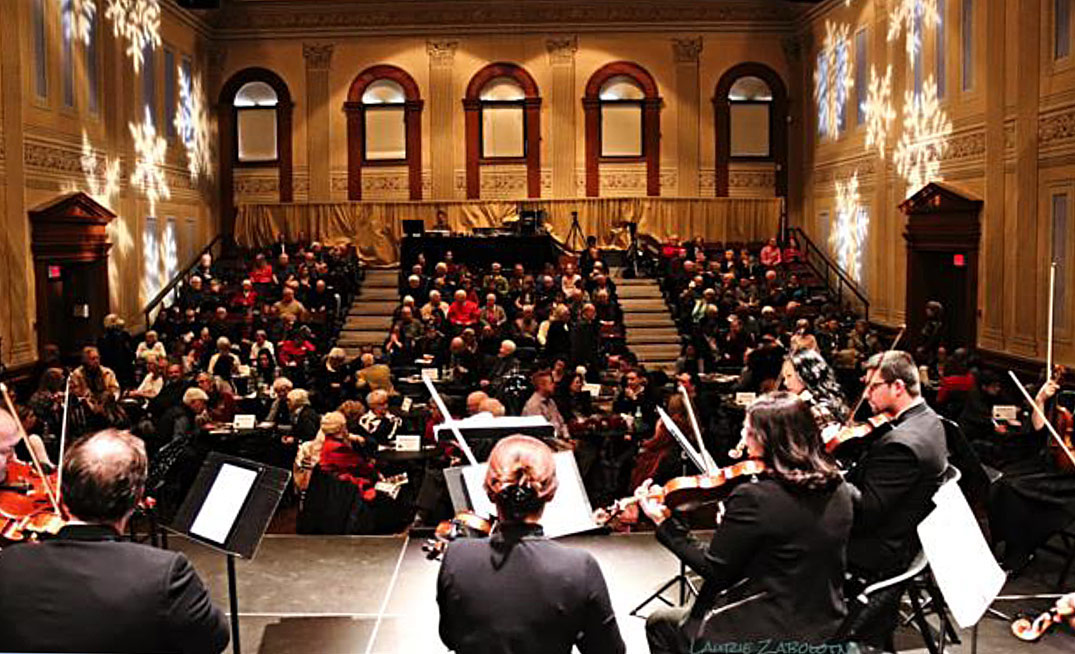 Les AMIS at the Concert Hall in Victoria Hall

Thank you Les Amis Concerts for continuing to bring diversity to Canadian music and for supporting musicians. It is inspiring and a welcome addition to our beautiful town of Cobourg.

I have deleted several comments that are simply criticising another person. Please stay on topic and please no personal criticism

the line you draw seems to be a pretty wavy one, John. I’ve seen some seriously questionable comments that were allowed to stand unchallenged by your somewhat ‘random’ standard … no disrespect intended.

It’s not easy to draw the line – feel free to start your own blog.

WHY NO SWEETWATER CONCERTS ????? Good to see the vision of Cobourg that Mr. Strauss and his fellow-travellers espouse – a down-at-the-heels, penny-ante, five-and-dime, bargain-basement burg.
Cobourg never was that and never will be – one look at Victoria Hall tells the story.
You live in the wrong town, folks, if you want Cobourg to be a No Frills Seniors’ ghetto where one can spend one’s declining years complaining about parking, garbage, noise, tourists and Holdco.

Walter I couldn’t have said it better. I am sick of the people who want to live in their castle by the lake and to heck with the rest of the people who enjoy life in this town. Why do people come here if they don’t want to be a part of helping to keep cobourg a vibrant well rounded community.

Please stop painting with a broad brush. Do you think you do yourself or this town any good by slagging people? I don’t paint all those who live here as xenophobic, malcontents, people who don’t know how good they have it living here. In the seven years, my husband and I have lived in Cobourg we have wholly immersed ourselves into life in this picturesque community as the majority of those living in their “castle by the lake.” I am so tired of my neighbourhood being hit left and right.

Calm down Ms Childs!
This is an opinion blog and nobody is ‘slagging (UK term for ‘insulting’) all those who live here’.
If the shoes does not fit, no need to wear it.

Calm down Ms Childs!? You may wish to look at my name again, Albert. You hear enough slagging it wears you down whether or not the shoe fits. So don’t tell me to Calm Down.

“In the seven years, my HUSBAND and I have lived in Cobourg”… risky but understandable assumption on Albert’s part, given the world as it is today, …yes, Gerald?

Welcome to small town thinking. I thought we’d gotten beyond that, but apparently, not quite.

Jim, do you really think that ‘any’ type of ‘thinking’ is more prevalent in small towns? If so, THAT may actually be “small town thinking” 😉

Is there a family with children living in any of the residences south of Albert St, between Legion Village and Church Street? I don’t recall hearing the gleeful sound of children playing in that neighbourhood, except briefly during the summer when they appear from everywhere else.

This condescending sneer, “dem culture peoples” is often heard from those who lack it.

Yep, lookin’ like dem culture peoples gotta start payin’ for their own fun in full!

can you say the same for the sporting crowd? Seems the subsidies in that category are nothing to sneeze at and can’t see that changing any time soon.

It really depends which sport you are discussing. Some are subsidized, some are not.

Yes, for example, the lawn bowling folks who get a grant and also use of prime property in the middle of town. Good for them.

EXACTLY, Wally. Unlike Frenchy and Ken, you get it.

What did I say about grants?

Hey Frenchy, what is your proof to support this personal smear? “Wally says says newcomers and non-native Cobourgers don’t count,”

I’m of the opinion that the newcomers with fairly high evaluations…above average for sure, make more than a fair contribution to our town. What’s your contribution level Wally..above or below average?

My contributions have been made since 1958.

So how do you measure contribution, cornbread. Do you measure it according to cash, money, treasure, gold, economics, commodities …?.

Growing up here, my two greatest mentors were newcomers to Cobourg; Peter Kolisnyk and Foster Meharry Russell. You should know exactly who they are. So who ever asserts that “Wally says newcomers and non-native Cobourgers don’t count,” is spreading a lie. Such personal smears are delivered more commonly by pseudonyms. than by those who are open and transparent.

And I see that your question is nothing more than a juvenile set-up. What is average? And what does it prove whether someone is 1 degree higher or lower than average?

I am sure that there are many newcomers with lots of $$$ in valuation purchased property and now pay taxes proportional to their purchase. That is not “more than fair.” It is just fair, that’s all.

it’s irrelevant which sports are or are not subsidized. Non-participants, of which I think we can assume there are many, still subsidize the ones that are. I don’t skate, curl, play baseball or soccer and I subsidize these activities, among others. I also think that my doing so adds to the value of our community life by more than my own singular contribution.

Like you, Manfred, many Cobourg citizens have a deep sense of community that they are generous towards, whereas penny-pinching misers are, well, misers, and their miserly ways are corrosive to community..

Grants should only be provided for Essential Services, like the hospital.

Has anyone ever Died, for not going to a concert?

These “events” should be User-pay!

Hospitals are for sick people. By your reasoning, why should young healthy people have to pay.

Years ago Canadians decided that “free” healthcare was a good idea. Are “free” concerts and circuses now required to bribe voters?

Because Young healthy people get sick too.. Come with me to the Durham Regional Cancer center, and sit with a “formerly healthy” 12 year old girl for a couple hours , while we both get chemo treatments!!!!

Or is your Cheap concert, more important?

We have a great bus service that runs on Sundays. I certainly wouldn’t let a couple of dollars stand in my way of attending a wonderful concert . The 40 people who came from Toronto sure didn’t mind paying for parking.

Grants do not reduce the cost of a performance but merely force everyone to subsidize the attendees.

“Grants … force everyone to subsidize the attendees.”

Thanks for the excellent summary of why grants for poetry are a bad idea.

And there is nothing you can do about it. LOL