Last November, Richard Pope (with Margaret Bain) of the Willow Beach Field Naturalists made presentations to four Advisory committees, to Council and to the Ganaraska Region Conservation Authority (GRCA) suggesting that a Natural Park should be declared that encompassed the West Harbour, the West Beach, the West Headland and the Ecology Garden.  His idea was referred to Town staff for a report and Dean Hustwick will present that to the Council’s next Committee of the Whole meeting on March 9. In the meantime the GRCA has reported and “do not support the proposal in its current form.”  The short version of Dean’s report would be that the idea is mostly already covered by existing master plans so establishing a new Park is not appropriate – but it’s not quite that simple.

The four committees mostly gave support (see list below) but the GRCA seemed reluctant to venture into the Town’s jurisdiction although they would be required to give permission for a Park in the area being discussed.  The GRCA comments that:

The proponent has indicated that future marina expansion into the area would be prevented as part of the proposed park. Notwithstanding, the proponent has indicated that dredging, the construction of a disabled access dock, or a boatlift could be located in this area. The details of what would be considered as viable proposals within this area supported are unclear. Furthermore, if the purpose of this park is to be a “natural waterfront park” the suggestion of allowing certain development while opposing other development appears to be more for the purpose of marina expansion prevention rather than the creation of a natural park.

GRCA staff do not have enough information to recommend the endorsement of the proposed park. GRCA staff have concerns with jurisdiction, re-purposing of the marina, and a lack of clarity with respect to what uses could be supported within the park. While the GRCA is supportive of the area becoming park lands to protect the natural heritage value of the park, staff would recommend further discussions to bring clarity to the above concerns. On this basis, GRCA staff do not recommend the endorsement of the proposal in its current form.

Dean’s long report basically says that all areas are already designated as park by the Parks Master Plan and the Waterfront User Needs Assessment and Detailed Design (Waterfront Plan) and although it is the opinion of Community Services Division and Planning and Development Division staff that the proposal to identify portions of the central waterfront as a natural park is consistent with municipal planning documents, the West Beach, Boardwalk lands and the Ecology Garden are already designated within the Parks Use By-Law as a “Nature” park or recreational space and regulated accordingly.

It is the further opinion of Municipal staff that formally designating the Marina area … and the West Harbour …. as a “Natural Heritage Waterfront Park” would not be consistent with the established policies or regulatory framework or the specific park classifications outlined in the Parks Master Plan.

Dean is also concerned that there has not been enough public consultation on this specific proposal; he adds:

Staff recommend that before Council considers making significant alterations to both the Parks Master Plan and the Waterfront Plan based on this single proposal that the Town develop and implement another extensive public engagement process.

Staff believe the interests of the broader community are already adequately protected while ensuring maximum access to the many different user groups.

His recommended action by Council is to do nothing while “thanking Mr. Richard Pope and Ms. Margaret Bain for their dedication to the environment.”

It would seem his recommendation is based on the facts that:

Below are photos of the area under discussion (taken in 2019). 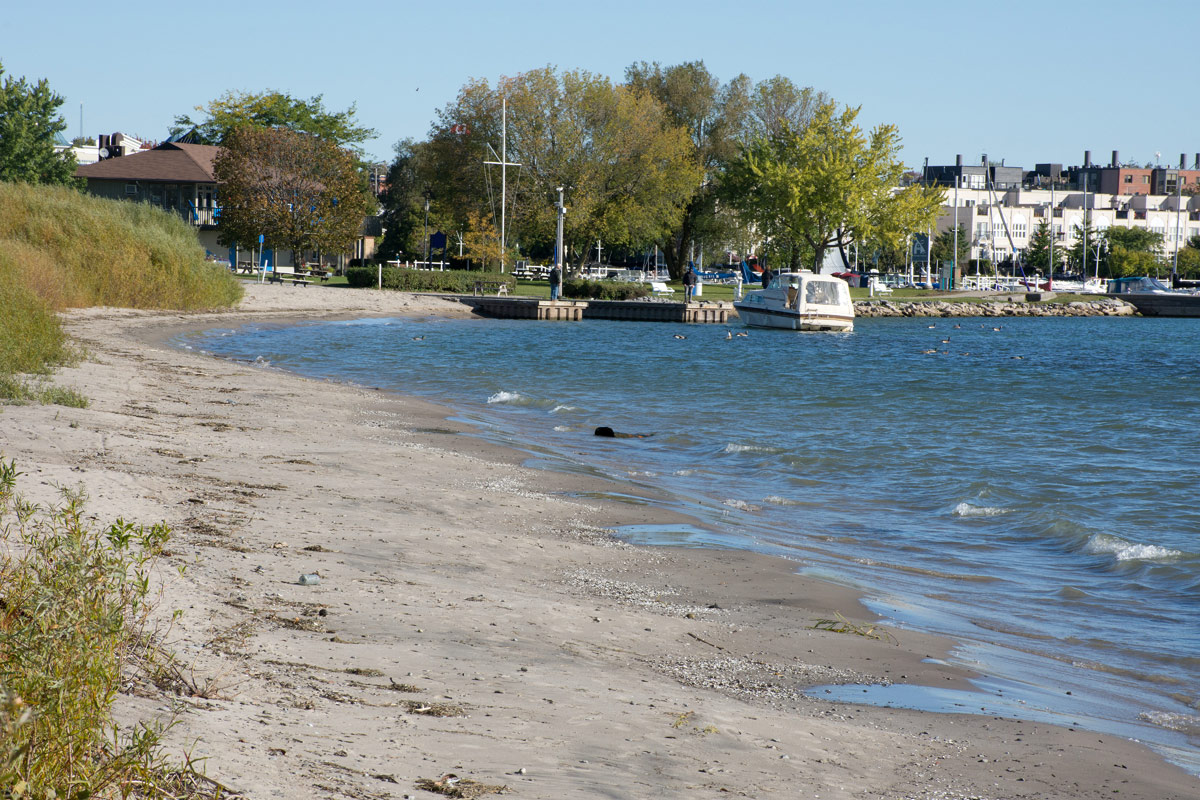 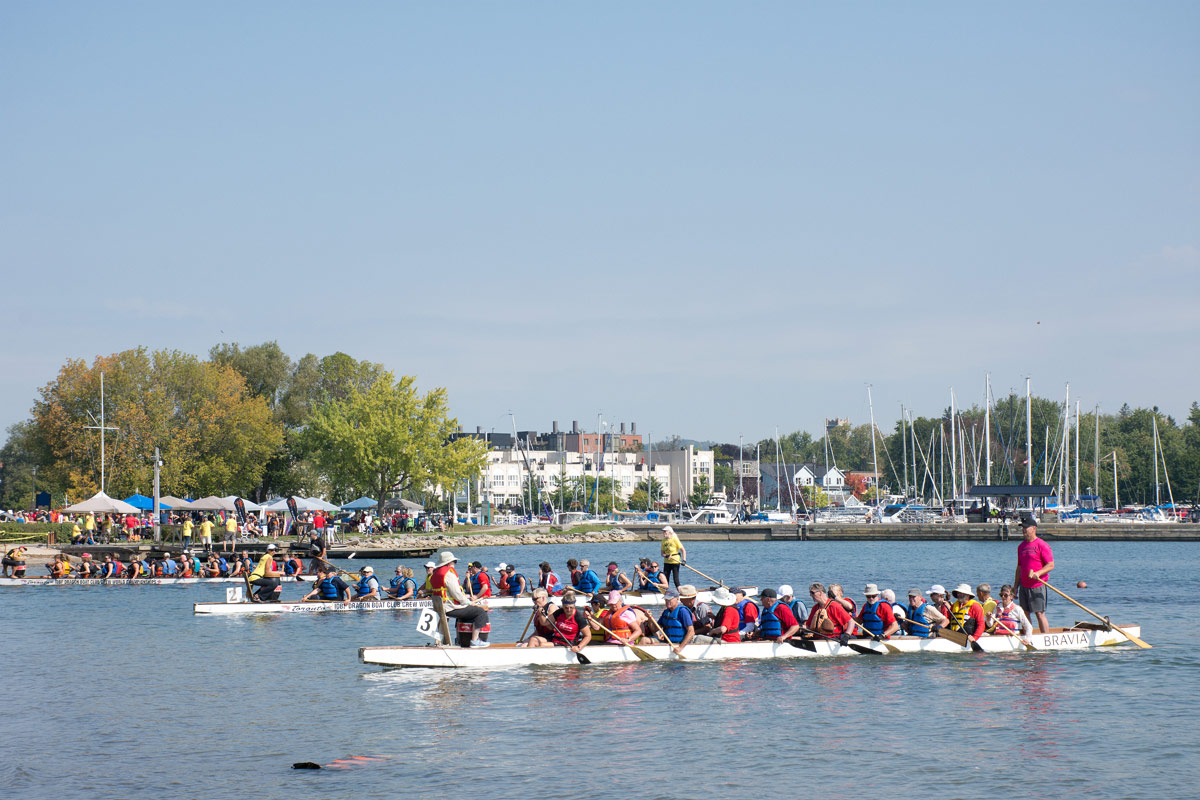 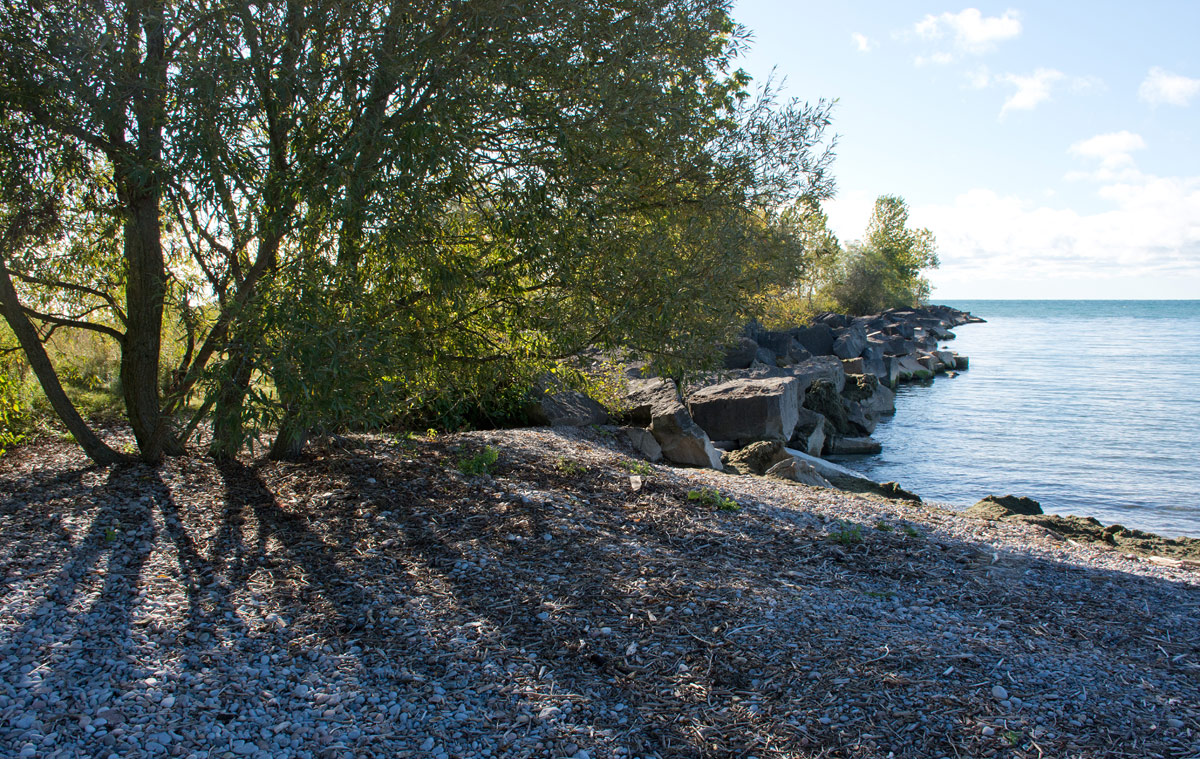 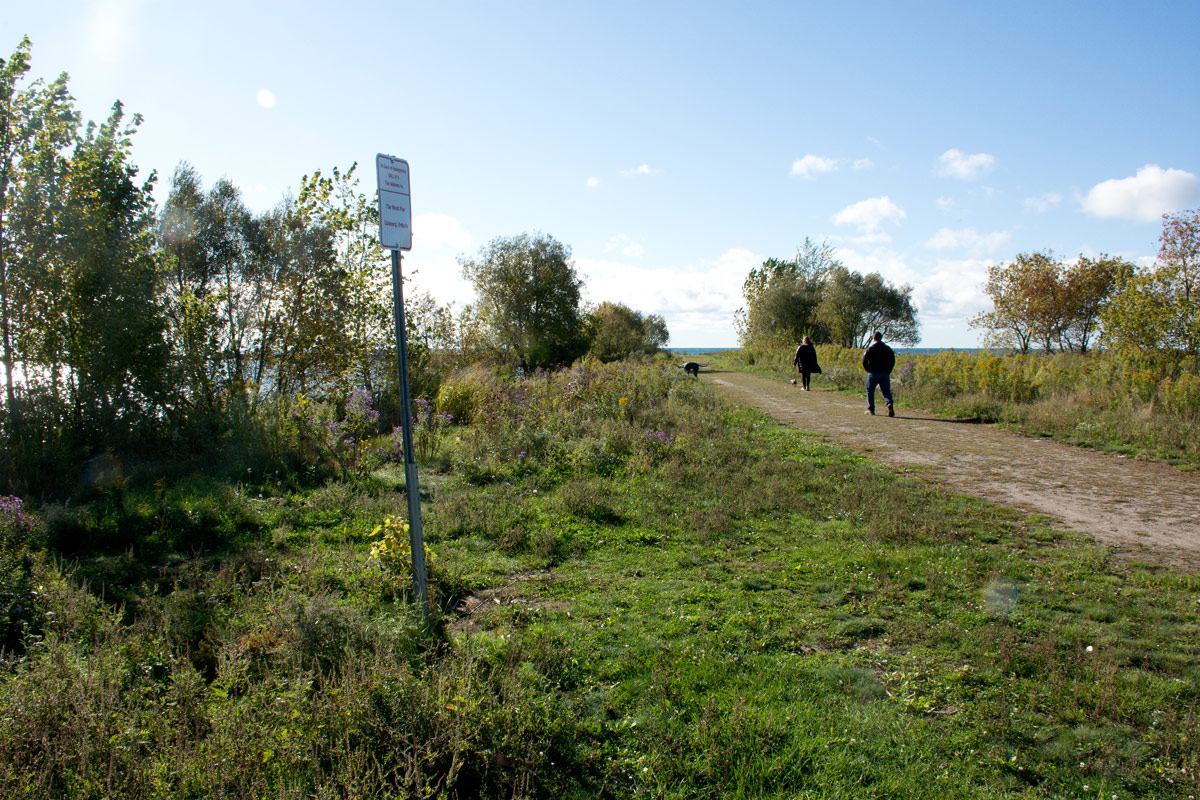 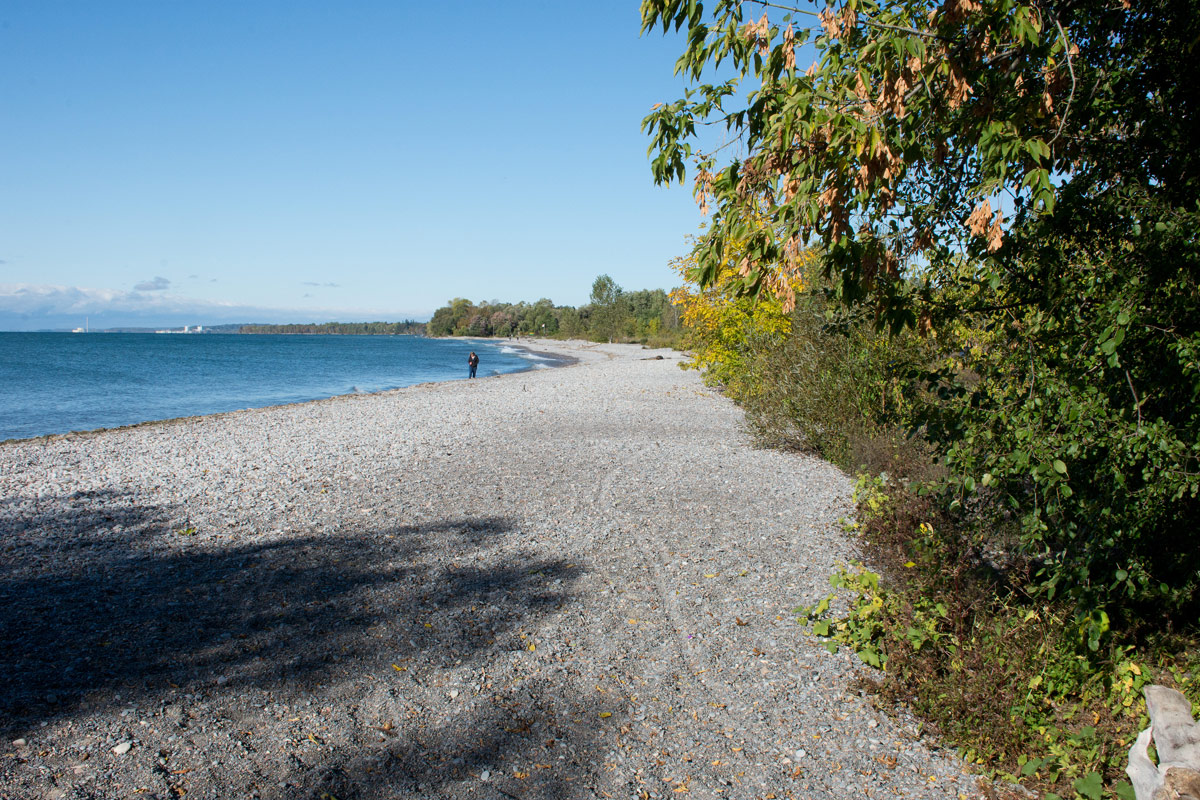 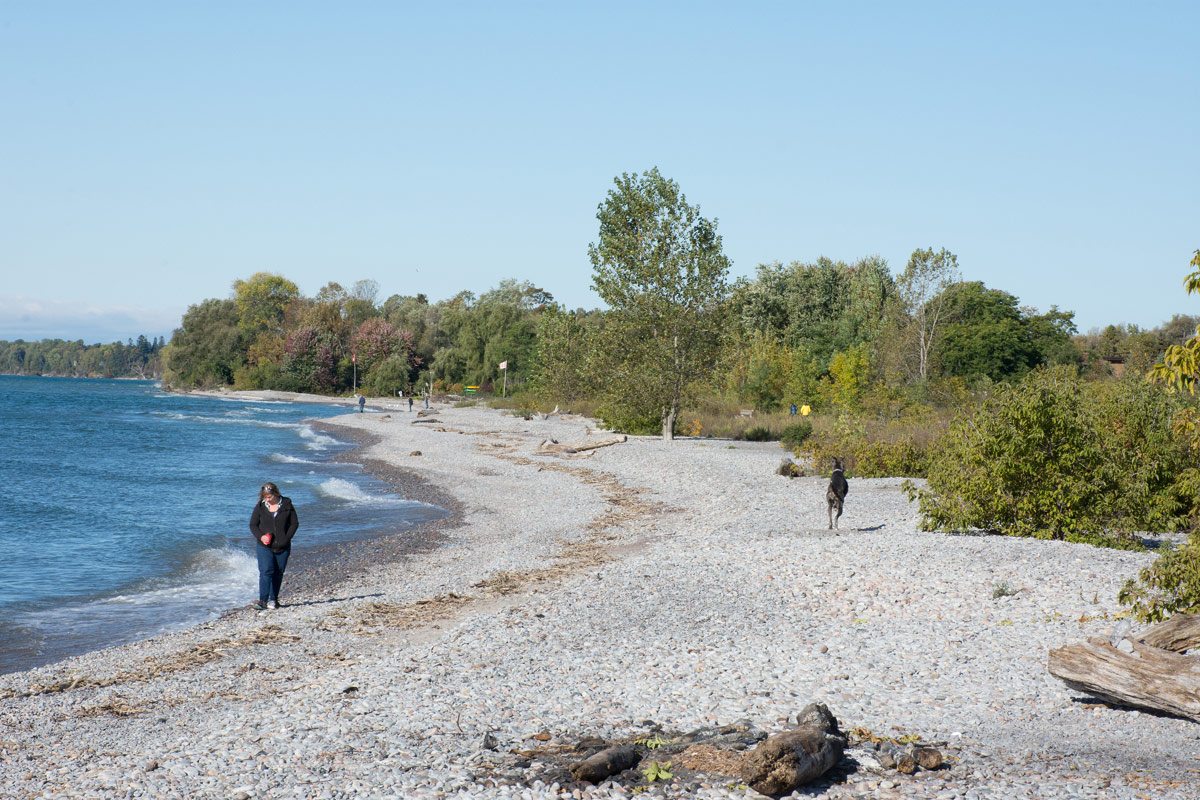 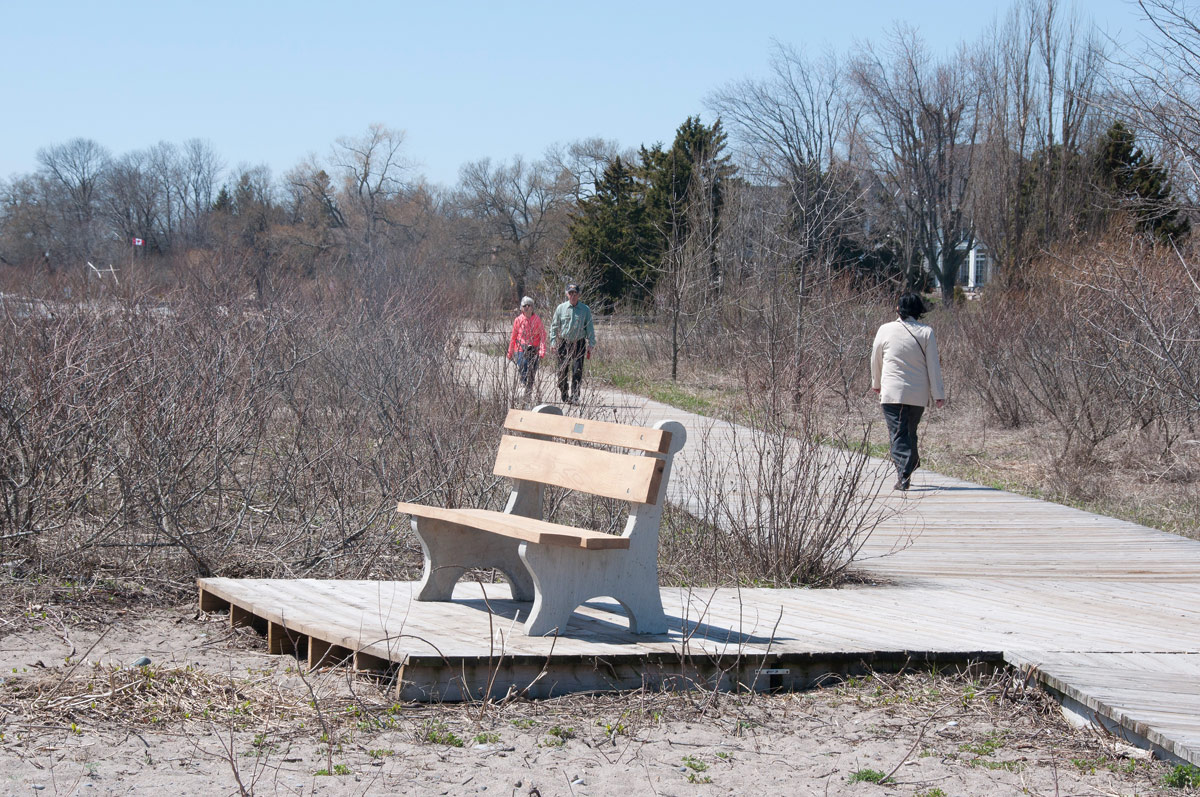 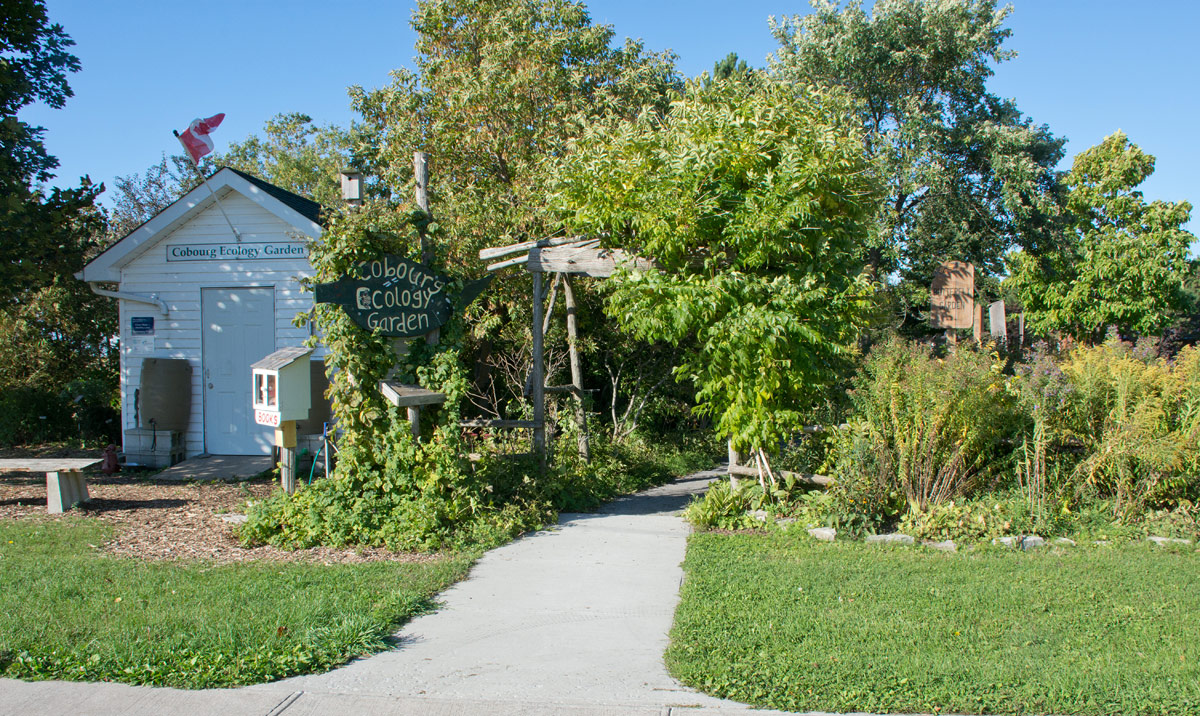 Seldom walk on the West Beach. The other areas of more easterly sections are lovely. I’ve never had a problem getting a place to sit on one of the benches so it can’t be described as bursting with populace. Cobourg is very much a tourist town. The income and further growth this provides plus the west beach is not maintained very well nor carries the foot traffic.

While we at it talking of beaches. Last summer a couple of tents with rather untidy immediate area were noted in the east beach, I saw them as I strolled up from the beach, at the foremost west side before the arena. I recall hearing there were a couple of homeless tents there. If it turned out they belonged to the camped trailers as far as I know that is against the park rules. Hopefully Cobourg can retain it’s “feel good town” motto – not to be sneered at when you think Cobourg has much Tourism which promotes a good town for all in improvements.

Perhaps it is time some of these special interest groups stop wasting Council’s and Staff’s valuable time on already decided issues.

Who owns the gravel area between the marina and the boardwalk? It doesn’t seem to be maintained and in such a lovely area, is quite unsightly.

It’s not convenient for Legion Village seniors with walkers. It’s also quite rough for seniors with mobility scooters. There is no smooth continuity from the boardwalk to the marina.

They should at least incorporate some parking for say up to 50 cars at the foot of Hibernia to take the cars off the street down there which have been steadily increasing in numbers from those wishing to visit the Natural beach and Marina area . There is already a spot the town ahas used in the past at the south west end
that was cleaned and graded yrs ago for just that purpose as well the new Legion Condo building will have created more traffic in that area User pay of course .

1
-11
Perplexed by perplexed
Reply to  perplexed

Not sure what you mean, there’s a big gravel parking lot there that I have never seen fully utilized.

The beach beside the east end of the boardwalk was mown and used as a temporary parking lot for Canada Day weekend and perhaps other occasions in the past. Maybe that’s what you are thinking of.

I’ve always thought that land should become a meadow or something..certainly not a parking lot blighting the waterfront.

I shared your concern when I was Chair of the Ecology Garden Committee. I thought the Ecology Garden should get a cut in the parking revenue from the mowed down meadow. I didn’t get far, It was explained to me that mowing the meadow once in a while helps promote growth in a similar manner that there are regular burns of fields to regenerate growth.

Aah! The magnificence of the eight photographs states it all! Here’s hoping that the rhetoric can be clarified in order for a Natural Waterfront.