About 70 people came to the all-candidates debate at the Cobourg Lions Community Centre last night.  Hosted by Retired Teachers Ontario, all five candidates responded to 16 questions as well as giving opening and closing statements.  Moderated by York Bell-Smith with time limits enforced, it was orderly and informative since the questions covered a good range of concerns.  If you haven’t already heard, the Candidates are: Liberal Kim Rudd – incumbent M.P.; Conservative  Philip Lawrence; Green Party Jeff Wheeldon; NDP Mallory MacDonald and People’s Party of Canada (PPC) Frank Vaughan.  See the links below for more on these candidates.  After the opening statements, each candidate was asked to respond to three questions posed by the Retired Teachers; these focused on seniors, their retirement income and Pharmacare. They then responded to questions from the audience.

Opening statements mostly covered who the Candidates were with some talking about their policies but more interesting was their responses to the questions.

Below is a summary with abbreviations of questions and responses.  The first three questions were from the Retired Teachers and the rest from the audience.  The sequence is in the order of answers.

Moderator York Bell-Smith commended all candidates for their passion.

Note that the above summaries are just that, summaries. To get the full idea of what Candidates say, it’s best to see them live. Go to the Federal Election page in the Links below to see a list of remaining All-Candidates meetings.

Below are some photos from the event 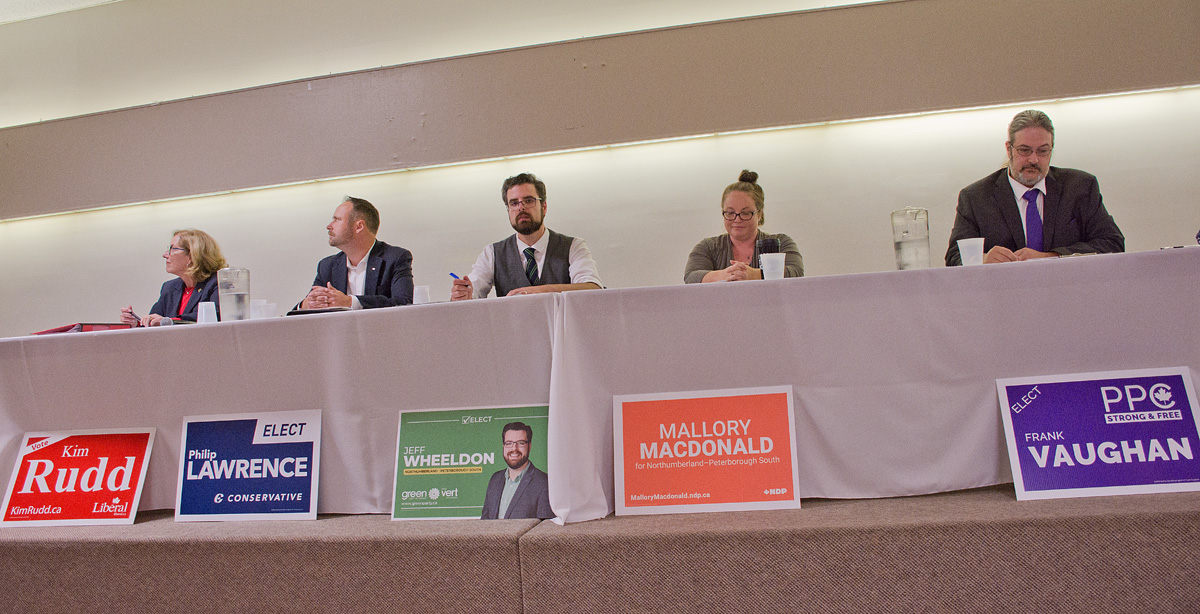 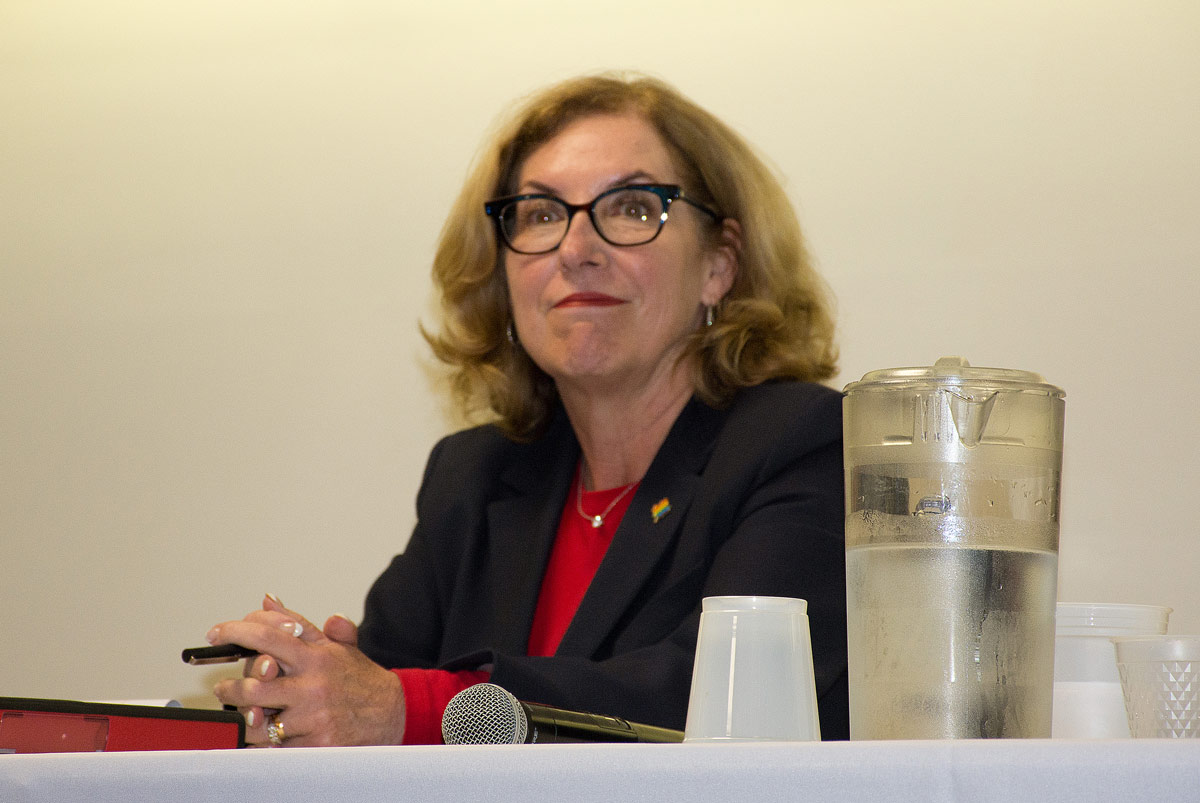 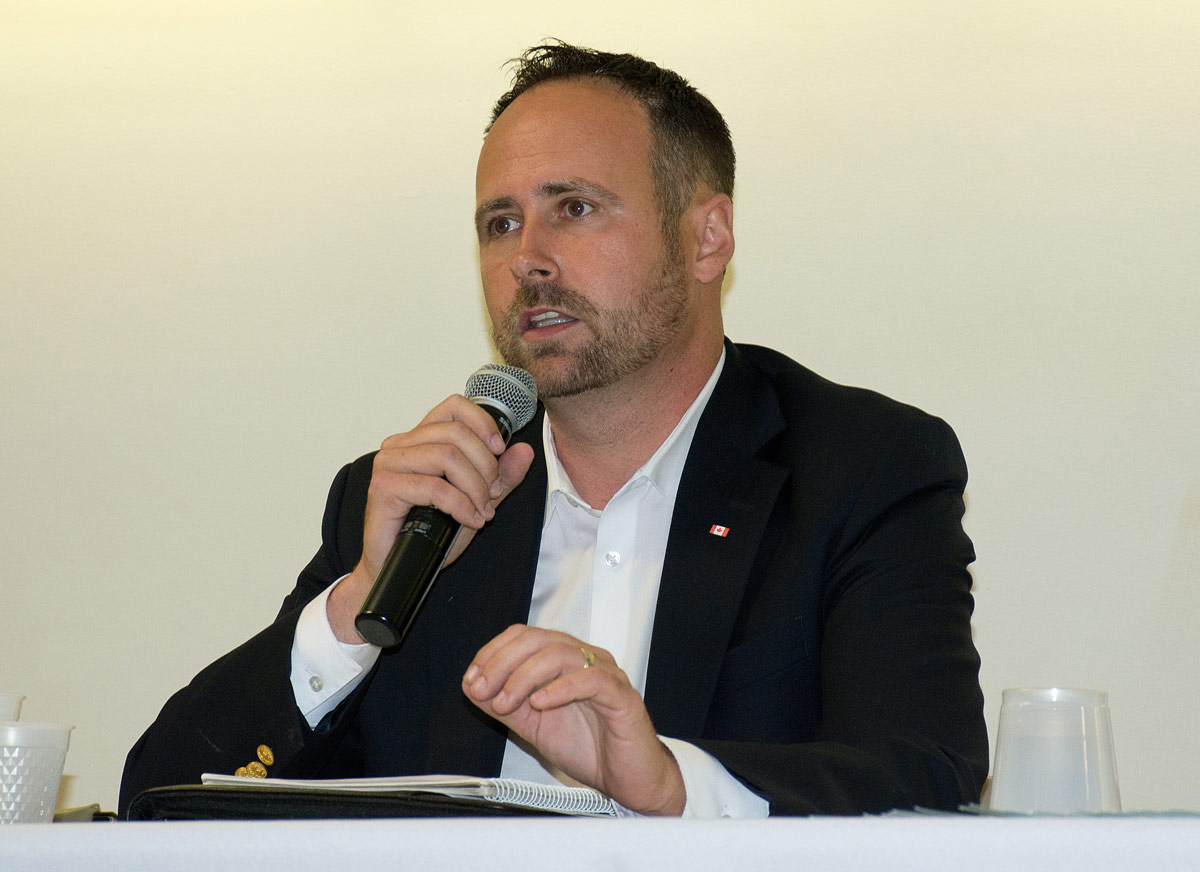 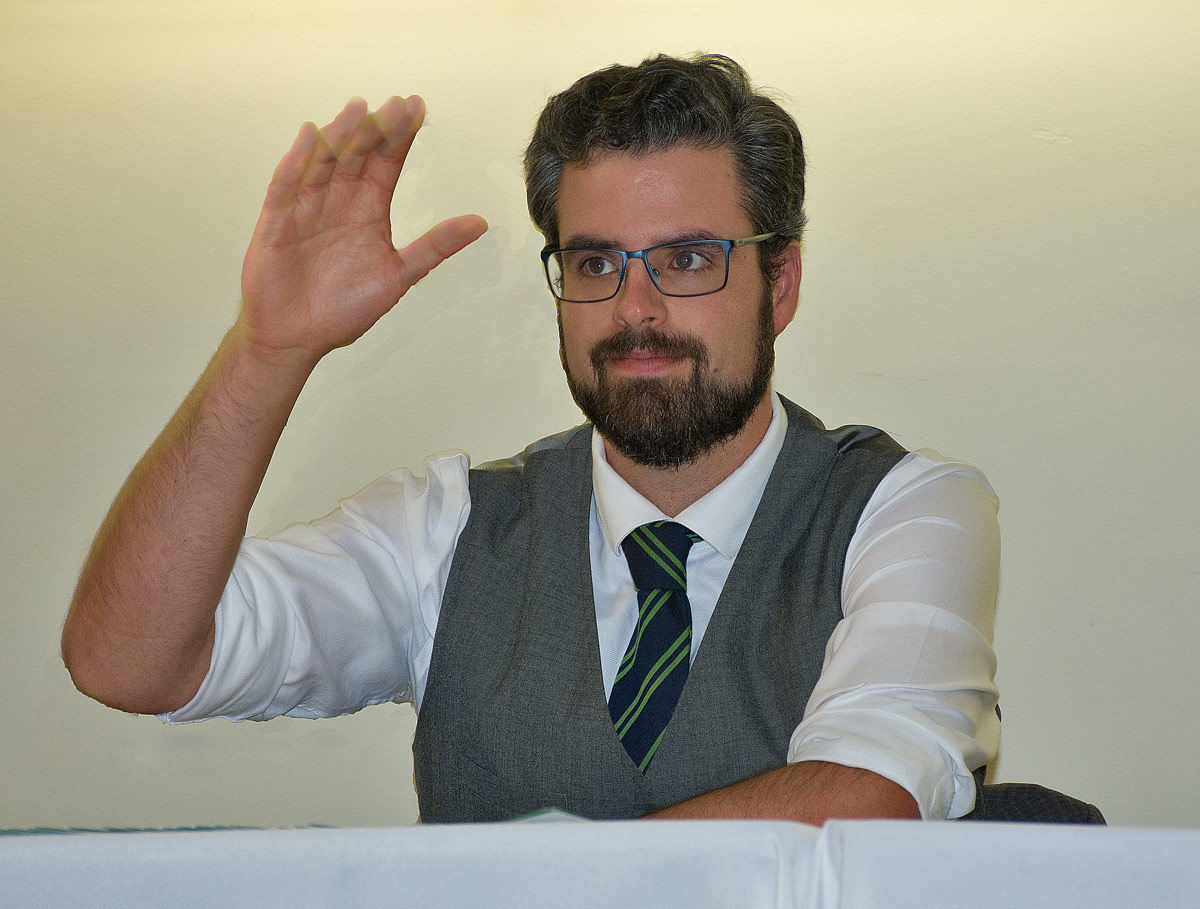 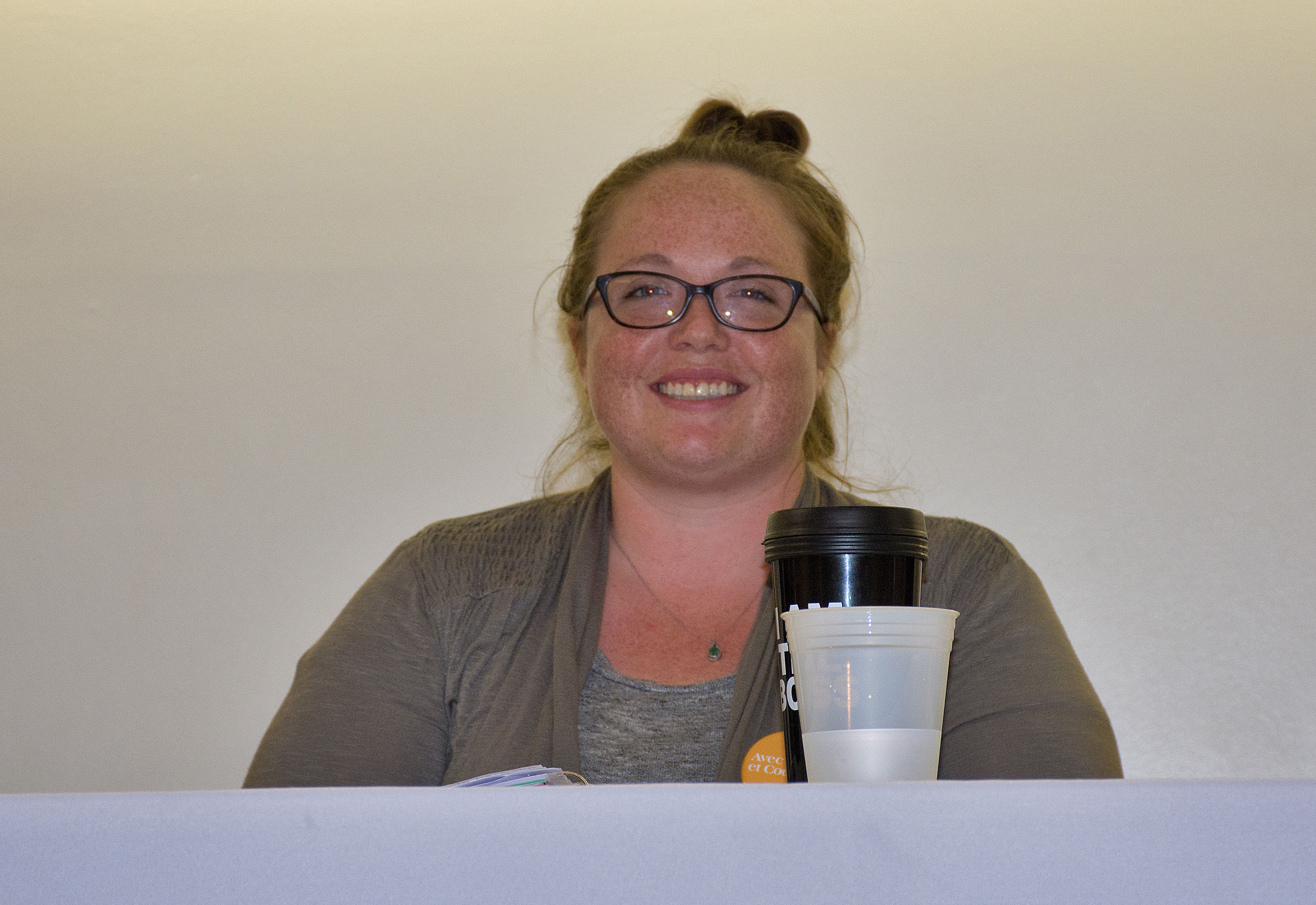 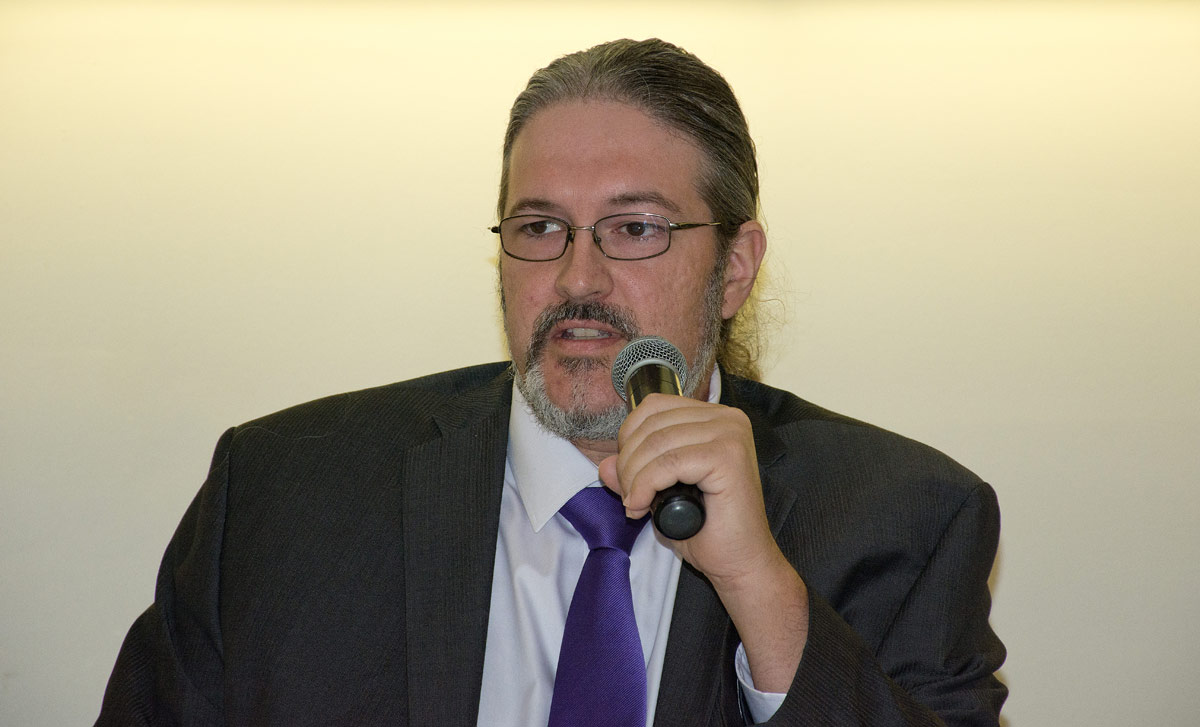 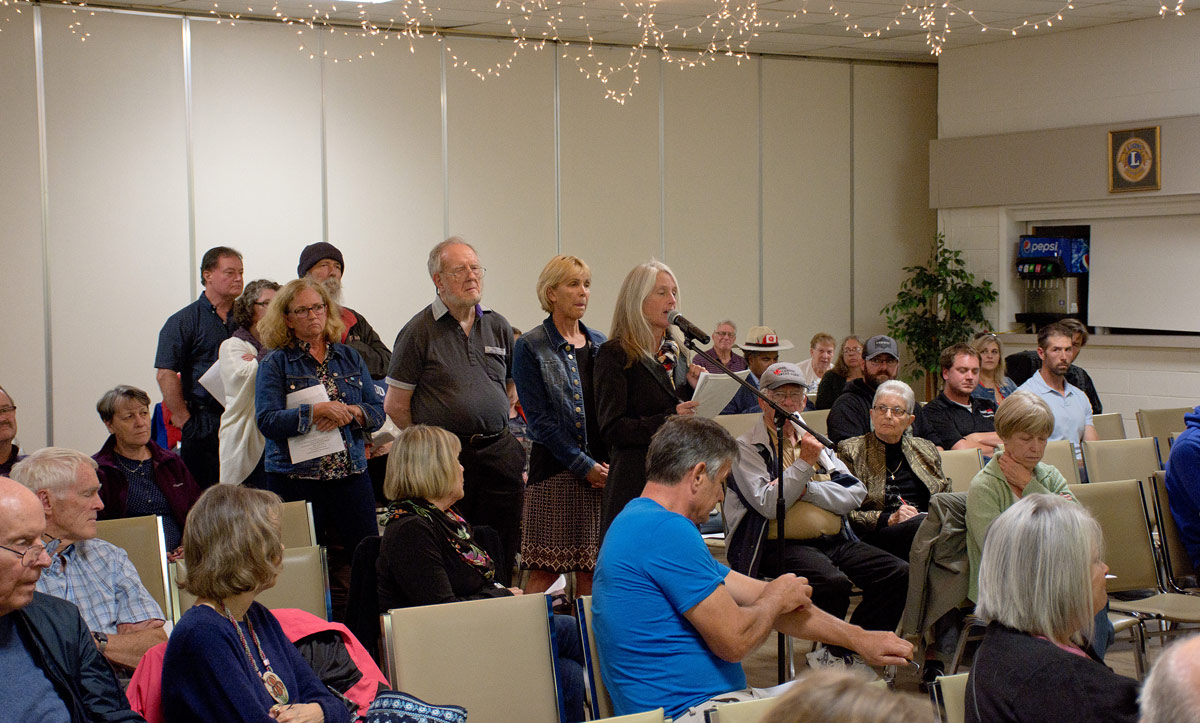 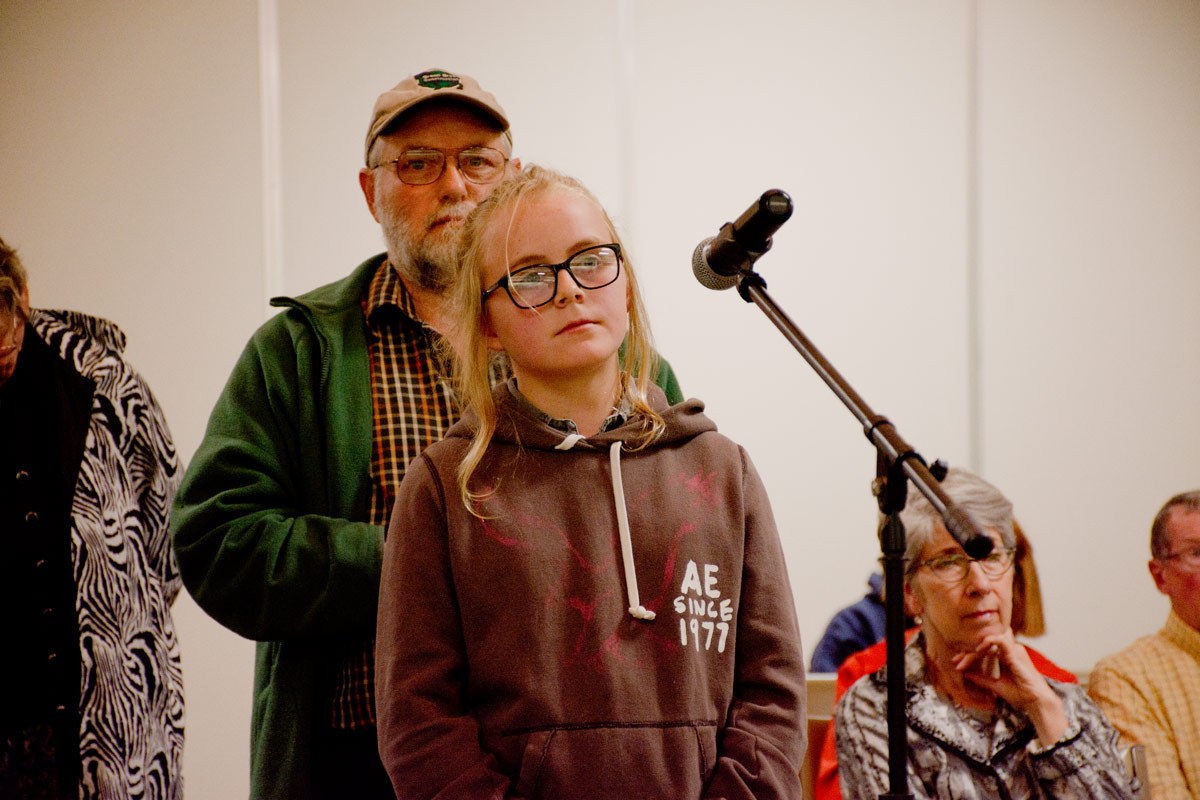 Item 11, point 4…the smartest idea of the evening.

Almost everybody makes money off the carbon tax, but sure.

I appreciate you covering this meeting John but I can’t help but see some partisanship surfacing in what you choose to share from each Candidates remarks. By means of example, I have a hard time imagining that all Kim Rudd spoke about in her closing remarks was the Senate.
I wish that Candidates had been asked what training, experience and skill set they felt made them the best choice. of leader for Northumberland – what they personally want to achieve .

I can answer that DAY Care operator

And a successful Business College owner too. To say “Day-Care” operator both demeans that occupation, Kim Rudd and the commenter. You should be ashamed to make this snarky comment!

not when they at the MP hangs up on you if they don’t like
or don’t want to be involved with real problems that matter to constituents ie. Port Hope Area Initiative and Property Value protection Program Many people have lost the equity of their homes and their retirement savings Kim Rudd is the Federal level of the peoples representative
there are lots of people I know have experienced this from that office

Can we please stop with the partisan attacks against John. He does an outstanding service for the community. If you don’t like the way he reports either don’t read his Blog or start your own.

Is this typical of Liberal supporters? Go on the attack if you don’t like how the story covers your candidate? This is becoming a bad habit around here.

I also think John does a great job! However, the danger of summariizing statements for readers, and that goes for all party statements,is that the context is missing and sometimes, incorrect perceptions can be created as a result. That’s all

Anne, opinions and perceptions are subjective by nature and can’t be “incorrect” I also don’t know how one would “create” a perception for anyone other than oneself. I’ve had people ‘summarize’ some of my comments and in most cases found those summaries to fall short of my intent but I realize they are only individual opinions and I don’t expect them to see my points exactly as I intended. That’s how this all seems to work anyway.

Who are we kidding here !
None of this works if your MP is more interested in Photo Opps
than picking up the phone and actually dealing with issues brought to them by the constituents . They are very good at referring matters down the road or to their
other associates but there is no fallow up or fallow through .
Further more I don’t believe any MP or party can control spending and put more money in peoples pockets . 1 – its never happened in the past 2 they have no idea what any individual or families or small business needs are we are . We are all different so why not just put the $$ dollars into the public’s pocket to be used where most needed Ie: dental, medications and treatment , transportation , food ‘ housing paying for heat what ever the source education —- Don’t we know whats best for each of us . Get rid of programs that are just names that do & produce nothing other than appearances & fronts Cut Govt spending and increase the CPP, ODSP ,OAS , education benefits for Canadians not everyone else –etc etc
AND install an annual cost of living increase to these programs at the same rate s the Govt. employees , and teachers get ..

Also end Teachers striking in school & class rm time s they have 2 to 3 months of off season to deal with wage negotiations , benefits and job security stop using the children as leverage and hostages .

ODSP is not a federal program, it’s provincial. That’s what the “O” in their name means.

“Also end Teachers striking in school & class rm time s they have 2 to 3 months of off season to deal with wage negotiations , benefits and job security stop using the children as leverage and hostages .”

Apart from this not being a Federal Issue one should understand that ‘collective bargaining’ is a guaranteed right under the Charter. Also both sides have a duty to bargain fairly, that means the Government cannot enter the room throw one sheet of demands on the table and tell the other side, “That’s all there is – take it or leave it!”

In Ontario’s recent bargaining strategy the talks started after the school year and carried on all summer. Why has there been no progress? Probably because the CUPE reps knowing that the membership averages only 38K pa, would not stand for any takeaways like massive cutbacks to their sickplan. And that is only one issue we know of. Bottom line it takes two to tango and only a one sided biased person of either side to conclude that the other side is being unreasonable. And as for children being held hostage that is a specious argument raised by unreasonable people.

Charter of Wrights & Unreasonable which is using the families and Children as bargaining chips
& Job security as I know it means If your qualified and make it to work you have a job become a benefit & worthy asset of the employer
Further more Self employed and small businesses have nothing to cut back
so when a Co or Employer suggest there is nothing more
we might do well to remember what happened to all those Sears Employees
whats their Union doing for them now ?

Very poor closing comment by Kim Rudd…this election is not about the Senate.